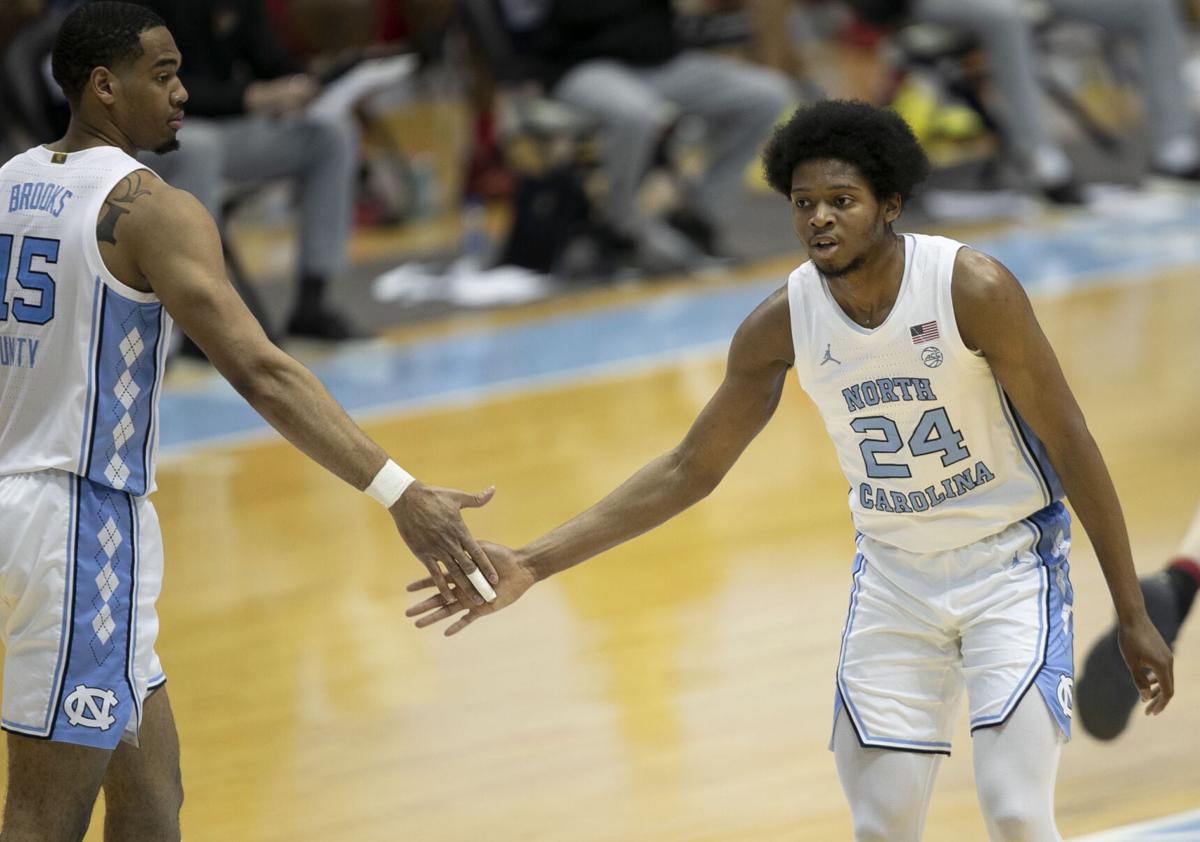 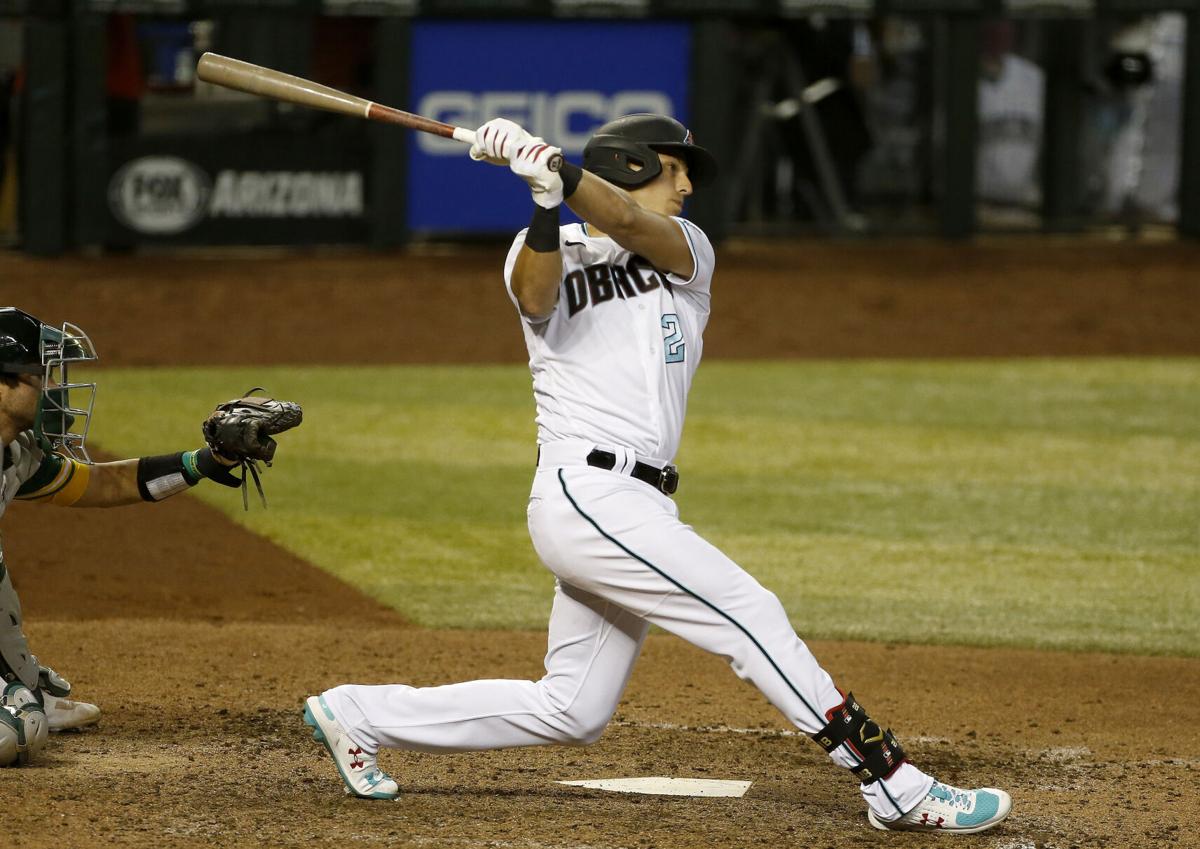 Arizona Diamondbacks’ Jake Lamb swings at a pitch during a game against the Oakland Athletics in Phoenix in this 2020 photo. 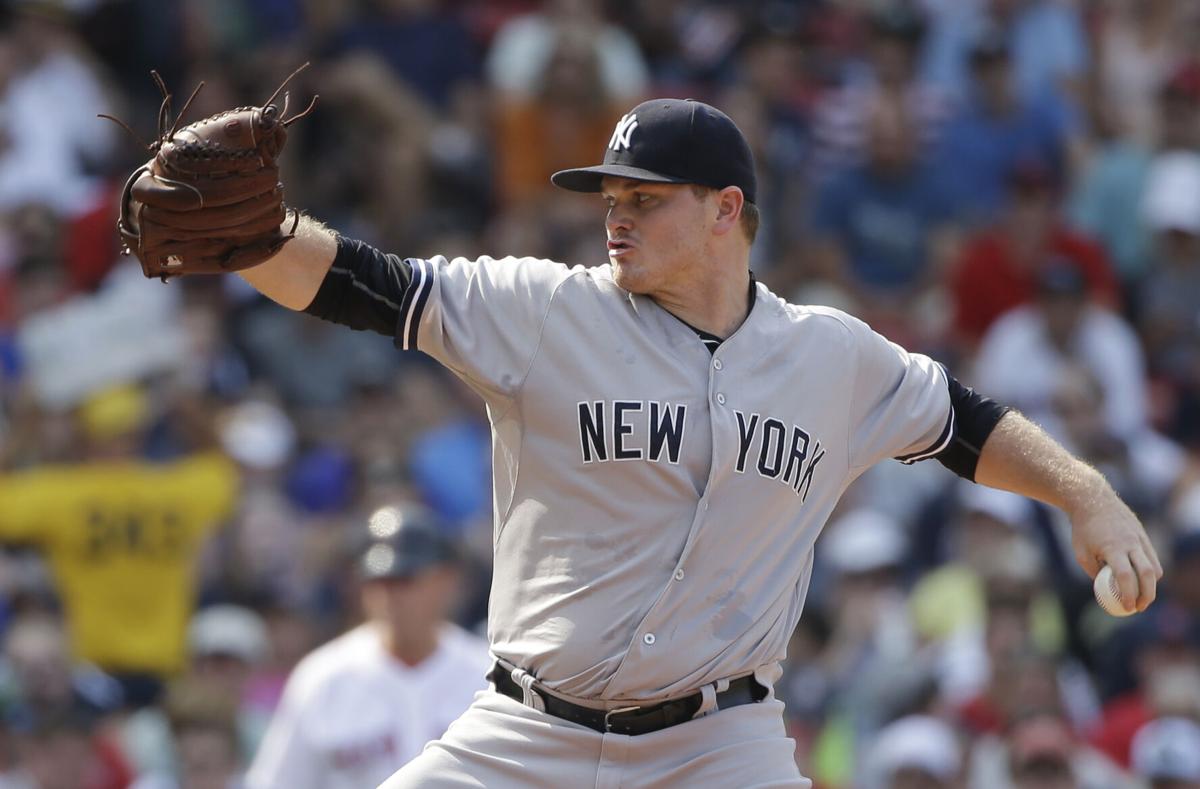 Arizona Diamondbacks’ Jake Lamb swings at a pitch during a game against the Oakland Athletics in Phoenix in this 2020 photo.

North Carolina hasn’t been sitting around and waiting to see if there will be time to reschedule its postponed Atlantic Coast Conference games.

The Tar Heels added, and won, a nonconference game last week against Northeastern, and have another Wednesday against Marquette. Coach Roy Williams has been open about wanting to play as many games as possible to aid the development of a freshman-heavy team still working to solidify its NCAA Tournament hopes.

“If you lose a game, we’re going to try to do everything we can to get the ACC games rescheduled. And if that doesn’t work, then there’s a lot of teams around the country that are like us, that don’t have as many games. So I think it’s good for kids to play.”

The Tar Heels (14-7, 8-5 ACC) had postponed home games against Clemson (Jan. 9) and No. 16 Virginia Tech (Feb. 16), along with Tuesday’s road game at Boston College, amid COVID-19 issues involving their opponents. There was also a last-minute postponement of the Feb. 8 home game against Miami, which followed the emergence of social media video showing Tar Heels players Armando Bacot and Day’Ron Sharpe mingling with other people celebrating a win against Duke and no one wearing a mask.

The Tar Heels aren’t alone in pursuing nonconference games. No. 12 Houston announced Sunday it would host Western Kentucky from Conference USA on Thursday, and also added a game against NAIA program Our Lady of the Lake earlier this month (a 112-46 win).

But the Tar Heels have played more road games (nine) than home (eight), including just five of 13 league games at home. UNC, which also played four neutral-court games, is unbeaten at home.

“It helps us learn more about ourselves and things we’ve got to work on,” freshman guard Kerwin Walton said of adding games. “And I think we all can agree, every player in the nation could agree, that playing is way better than practicing.”

Last Wednesday’s 82-62 win against Northeastern from the Colonial Athletic Association filled a midweek opening for the Tar Heels following the Virginia Tech postponement. The BC postponement created another midweek opening ultimately filled by Marquette. It marks the first time UNC has played two regular-season nonconference games in February or March in 32 years.

The timing worked, too, for the the Golden Eagles (10-12, 6-10 Big East), who beat Butler last Wednesday but weren’t due to play again until visiting Connecticut on Saturday. Like Williams, Marquette coach Steve Wojciechowski is trying to play as many games as possible and put out feelers to see what options might be available.

Williams said UNC is still having “preliminary” conversations about potentially filling another opening next week.

Asked whether that included any potential rescheduled ACC games, Williams quipped: “We’re having discussions with anybody and everybody, and three different teams in the NBA as well.”

More depth was added on Tuesday when the Braves finalized a $1 million, one-year contract with third baseman Jake Lamb that is not guaranteed. The signing adds another veteran bat to an already deep competition for bench spots in spring training.

Snitker hopes Lamb can produce off the bench the way Matt Joyce in 2019 and Eric Hinske from 2010-12 were effective with their left-handed swings.

“You get late in a game and you need a double-switch, he can be a very valuable asset much like Matt Joyce did a couple years ago,” Snitker said Tuesday. “He can be a left-handed bullet on the bench.”

Snitker hopes to find bench depth from a group that includes the 30-year-old Lamb, Pablo Sandoval, Ehire Adrianza and Jason Kipnis. General manager Alex Anthopoulos signed the veteran infielders to compete for bench spots with Johan Camargo and others in spring training.

“I think it’s really good because there’s been a lot of springs where we were looking for guys,” Snitker said. “... I think Alex has done a good job of bringing in quality guys who have had success, guys who can fill those roles like that. You talk to them and they’re all eager to do it. They’re excited about being in here.”

There are only a few roster spots open for competition. Rookie Cristian Pache will compete with Ender Inciarte for the starting job in center field. Alex Jackson and William Contreras are the top candidates to be the backup catcher behind starter Travis d’Arnaud.

Otherwise, the battles for bench spots among the veteran infielders could be the Braves’ most interesting competitions of the spring.

“It’s a good group,” Snitker said. “All the guys so far we’ve brought in are guys who have had success in the major leagues. That’s exactly what you’re looking for with guys in sort of new roles in their career. That serves them well to have had that experience and been everyday players. I think it’s a good group that we’ll evaluate and choose from.”

Snitker said the team did not intentionally search for experience with Lamb, Sandoval and others behind Riley at third base.

“I don’t think it had anything to do with the position,” Snitker said. “I just think it was the players available at the time.”

Also, outfielder Phillip Ervin was claimed off waivers from the Chicago Cubs on Monday.

The left-handed hitting Lamb struggled in the abbreviated 2020 season, when he hit a combined .193 in 31 games with Arizona and Oakland. He finished better, however, hitting .267 with three homers in 13 games after signing with the A’s.

“The reports are really good,” Snitker said. “I think that’s one of the reasons we signed him was because I know analytically and talking with Alex they really liked some changes he made offensively. He looks great.”

Atlanta designated left-hander Phil Pfeifer for assignment to clear a spot for Lamb on the 40-man roster.

TAMPA, Fla. | Brett Gardner and the New York Yankees have finalized a $5.15 million, one-year contract for the outfielder to return for a 14th season.

New York also finalized its deal with left-hander Justin Wilson on Tuesday that also could be worth $5.15 million for two seasons.

Both deals are likely to be worth $4 million for one season but had complicated structures that could lower their 2021 evaluation for the luxury tax.

To clear roster spots, right-hander Luis Severino was put on the 60-day injured list as he recovers from Tommy John surgery last Feb. 27, and outfielder Greg Allen was designated for assignment.

Gardner gets a $1 million signing bonus and a $1.85 million salary this year. His agreement includes a $2.3 million player option for 2022. If Gardner declines the option, the Yankees would have a $7.15 million option for 2022 with a $1.15 million buyout.

The 37-year outfielder is the last player remaining from the Yankees’ last World Series title in 2009.

He had a one-year contract for 2020 with a $2 million signing bonus and a $10 million salary that became $2,962,963 in prorated pay. Gardner became a free agent after the Yankees declined a $10 million option, triggering a $2.5 million buyout.

Manager Aaron Boone said Saturday that for now Clint Frazier was projected over Gardner in an outfield that has Aaron Hicks in center and Aaron Judge in right.

“I expect Clint to be our left fielder and to be in that starting lineup,” Boone said. “A guy like Gardy is a guy who would play a lot, certainly, as a lot of our guys that will quote unquote be bench players or whatever, but Clint is going to be a regular player for us going into the season.”

Over the full 2019 season, Gardner reached career-best totals of 28 homers and 74 RBIs to go along with a .251 average. He is a fan favorite for his fiery demeanor and longevity.

Gardner and the switch-hitting Hicks often were the only left-handed bats in the Yankees’ starting lineup last year.

“One of the things I look at is his toughness, the ability to post, the ability to play through things, the premium he puts on being ready to go each and every day,” Boone said. “There is a blue collar-ness to the way he goes about his business I think that is infectious. He’s got a little bit of a chip on his shoulder that he plays with.

“And I think he’s got a young man’s body. He’s in great shape. He has aged very well. And I think you’ve seen him really I think adapt and apply information to continue to make himself in a lot of ways a better player but certainly still a very relevant player,” he said.

Wilson joins a bullpen headed by closer Aroldis Chapman and Zack Britton, both left-handers. Hard-throwing right-hander Chad Green is joined by side-arming right-hander Darren O’Day, who was signed after the Yankees dealt Adam Ottovino to Boston in a cost-cutting move.

Wilson averaged 95 mph with his fastball, throwing it slightly more often than on half his pitches. He also throws cutters, mixing in an occasional slider and curveball.

Wilson is a nine-year major league veteran who spent his first three seasons with Pittsburgh. He played catch at camp Tuesday and driving from Texas.

“I’m really excited about him. He’s somebody that I think we kind of early on in the winter time identified as someone that could potentially impact our club,” Boone said. “We think he’s going to be another good complement to what we hope is a really special bullpen.”

What the city wants in its next manager

UMKC School of Medicine-St.Joseph looks to expand after first class of 20