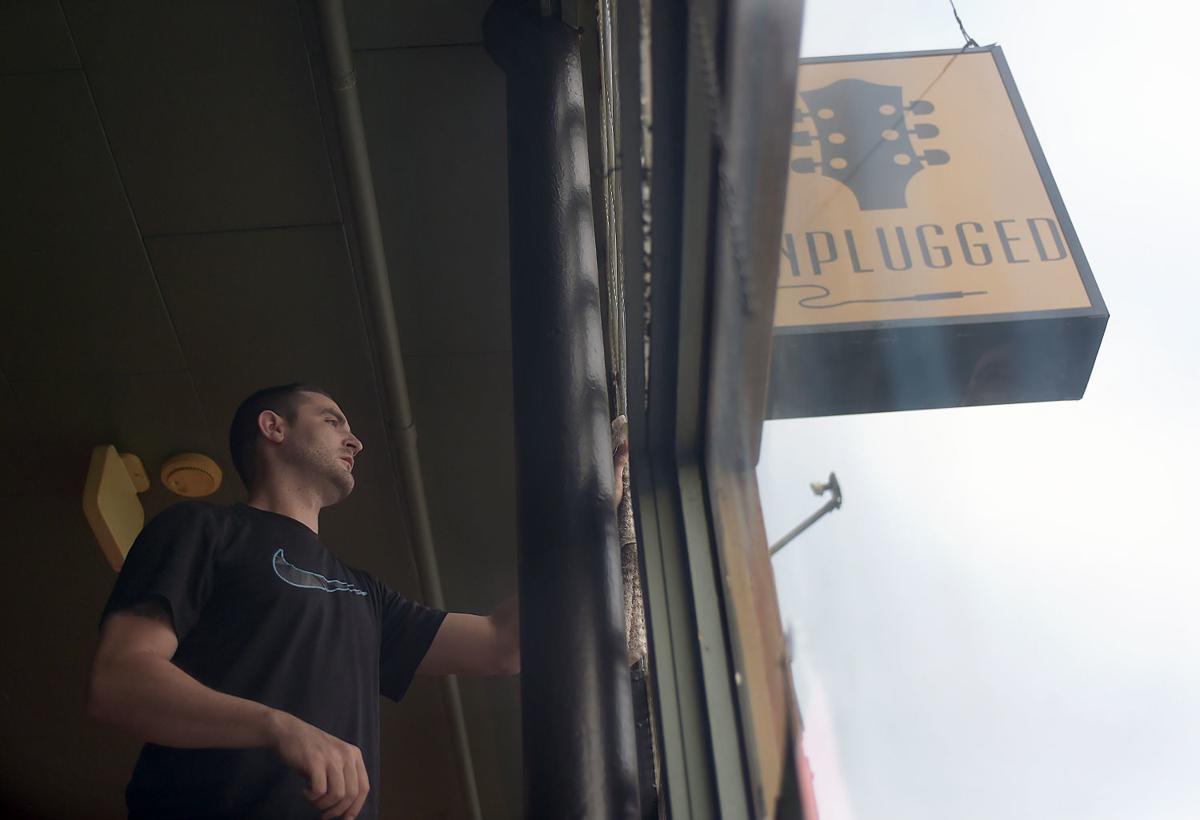 Mike Stubler helps prepare Unplugged when it opened in 2016. The bar and music venue will celebrate its fifth anniversary this weekend. 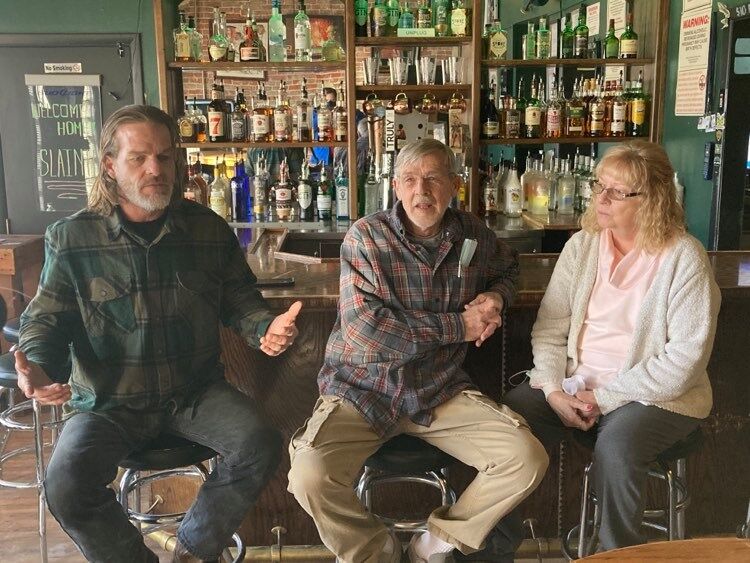 This photo shows the Johnson family. From left to right: Jason, Philip and Lynn sit at the bar at Unplugged.

Mike Stubler helps prepare Unplugged when it opened in 2016. The bar and music venue will celebrate its fifth anniversary this weekend.

This photo shows the Johnson family. From left to right: Jason, Philip and Lynn sit at the bar at Unplugged.

There’s no better way the owners of Unplugged could see pulling off an anniversary show than a fundraiser for a local organization.

Celebrating its fifth year in business, the music venue and bar, located at 2605 Frederick Ave., will ring it in with its second “Mardi Paws” concert and fundraiser for the Friends of the Animal Shelter.

“I feel ... grateful that we have this place that people can come and enjoy themselves and help somebody else,” Lynn Johnson, co-owner of Unplugged, said.

The event will kick off with its weekly All-Ages Open Mic Jam, hosted by Jason Johnson, at 4 p.m. Saturday, Feb. 20. It will transition to the “Mardi Paws” celebration at 8 p.m. with singer-songwriter Tyler Harman, the alt-rock band Almost Enemies and the country-rock of Grindstone Creek. The event will be emceed by Brandy Reinke.

To get to this celebration means a lot to the Johnsons, the married duo of Philip and Lynn Johnson and their son Jason — who took over the venue in 2016 when its former occupant, Cafe Acoustic, moved down the street to a bigger venue at 1918 Frederick Ave.

“We didn’t so much blaze a trail as we carried it on in our own way of doing it,” Philip said.

During those early days, Lynn said five years seemed like an eternity.

“Somebody would say ‘Well, now you have to be in business for five years before you can tell whether it’s going to keep going.’ And I would say ‘Five years? Man, that’s a long way away,’” she said.

Going back to the roots of the original Cafe Acoustic, first run by Lisa Hancock, Mary Robinett and the late Beth Downey, the venue operates by opening up its stage to anyone looking to play a few songs.

“In five years time, (we’ve watched) at least two to three different generations come through here and cut their teeth on that stage. Then we’re seeing what they’re doing out there after that,” Jason said.

Johnson added that where other stages are places where artists aspire to play, Unplugged makes it a reality.

“When it’s positive and loving and encouraging, rather than competitive and judgmental, a place like this can help facilitate the development of artistic talent that we all have in us,” Jason said.

To get to this point, the Johnsons have had to endure some difficulties, like fluctuating audiences and a pandemic that caused the business to temporarily close. With the Philip and Lynn bringing it back in the fall of 2020, they changed it to an acoustic and electric venue, appointed Danielle Manning to bar manager and became the face of the company.

The Johnsons said that re-opening wouldn’t have happened without the help of its landlord and supporters.

In the spirit of the venue, it’s looking to help out the Friends of the Animal Shelter, who have been busy fundraising and planning on moving to a bigger building. Much like they’ve done with the Noyes Home for Children and suicide prevention causes, the owners want to lend a helping hand.

“Any time that we can help out a local entity, it just brings us a lot of joy,” Jason said.

Between the money generated from donations to raffles, all of the money will go towards the Animal Shelter fund.

“We don’t have a cover charge, but we do have a donation request for from customers to give what they can, $3, $5, $10. Whatever is donated at the door, every penny of that goes to the fund,” Jason said.

As for the future of Unplugged, the Johnsons said they’re looking forward to the return of the St. Patrick’s Day Parade in March and hopefully, the end of COVID and a return to normalcy.

“(We hope) people are going to feel comfortable coming in and being around other people so that we can have more of the relaxed atmosphere we’ve had here before,” Lynn said.

The concert is open to everyone 21 and older. There is no cover charge.

How much: Free (Donations are accepted)

The Shuffle: A new start for the Trail Theater

For years, people have been wondering what has been going on with the Trail Theater.