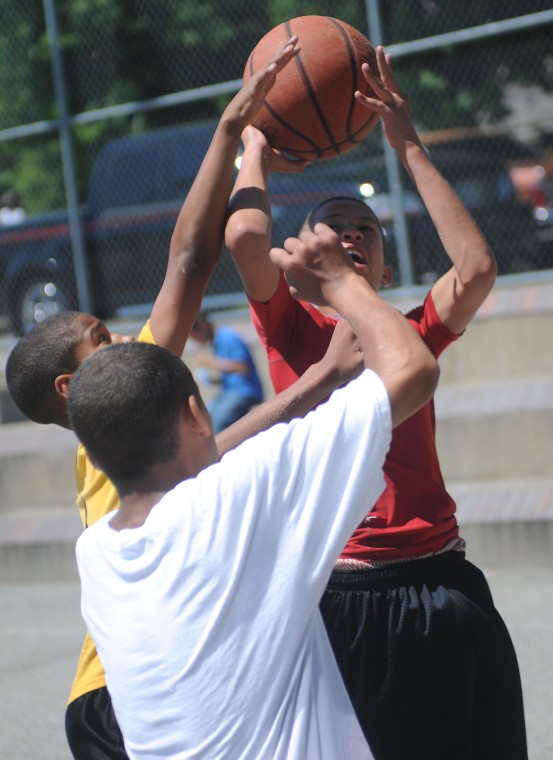 Kids play basketball at a previous Juneteenth event. The 2021 Juneteenth will take place Friday and Saturday at John Lucas Park. 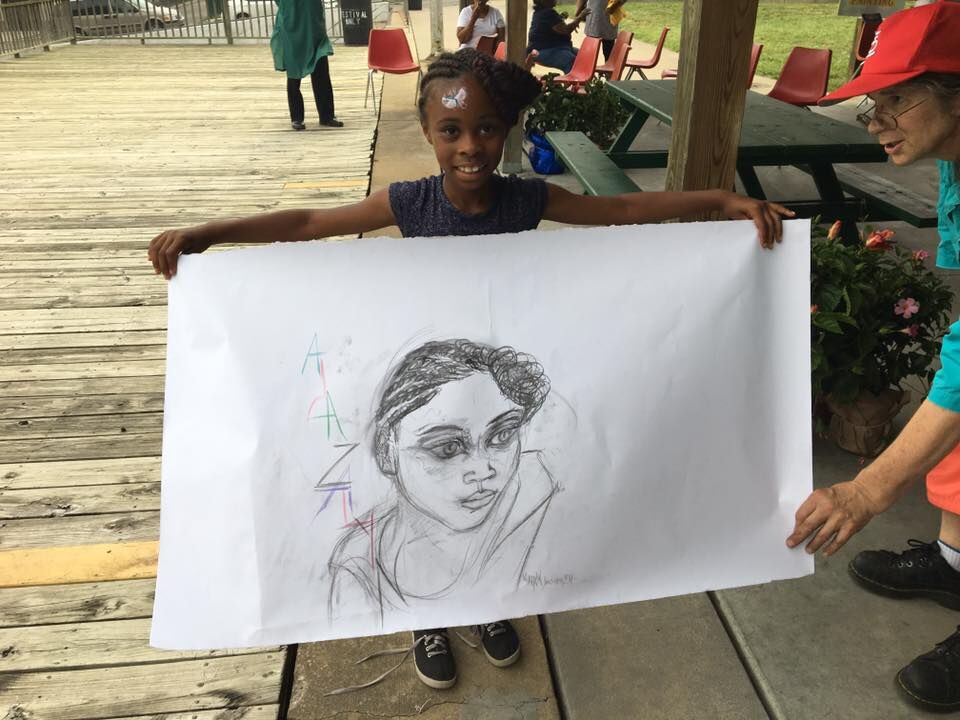 A child poses with a drawing at a previous Juneteenth event. This year’s two-day event will kick off Friday at John Lucas Park.

Kids play basketball at a previous Juneteenth event. The 2021 Juneteenth will take place Friday and Saturday at John Lucas Park.

A child poses with a drawing at a previous Juneteenth event. This year’s two-day event will kick off Friday at John Lucas Park.

LaTonya Williams remembers the fun and community she experienced at past Juneteenth celebrations in St. Joseph.

As the president of the Juneteenth planning committee, now she’s passing that on to others.

Activities during the celebration will include basketball and horseshoe tournaments, baby contests, talent showcases and a vendor fair. Williams said while it’s an event to celebrate Black joy and freedom, it’s also a time for all races to come together.

“A lot of people just assume it’s a Black people event and no one else is allowed in. That is the (antithesis) of this event. Everybody’s included. everybody’s welcome,” Williams said.

Since taking over as organizer of the event, Williams said she has seen ignorant comments online that reiterate the need for the event and the education people can get from it.

“History will always repeat itself unless we learn better, and so being educated about this event is important,” she said.

With most events postponed or canceled in 2020, Williams decided that Juneteenth should continue because it could be done safely and people needed to come together. In the wake of the outrage over the deaths of those like George Floyd, it was a necessary time of healing and joy.

With the theme of this year’s event as “Change The System,” she hopes it can be used as a chance to talk about what needs to evolve and transform in the area. In the past year, Williams has seen some of those changes in her own life, as she, along with David Foster, became two of the first Black people elected to the St. Joseph School Board.

“Maybe (others are) interested in change, but don’t know how to go about it. So this is our time to be included in everything, change the system. Bring your own chair to the table or build a whole new ... table,” she said.

With COVID-19 numbers staying low and more people getting out, Williams sees this event as another chance to continue that dialogue and chance to connect people in the area.

“This has been a hard year in, we’ve been isolated a lot … I have learned to just appreciate people more and appreciate being around people more. So that is one big thing I want for people to get, to appreciate your neighbor, if not love them,” she said.

Public invited to 'Night Out' with law enforcement