Log In Sign Up
You are the owner of this article.
Edit Article Add New Article
You have permission to edit this article.
Edit
Welcome, Guest
eEdition
News
Sports
Life
Josephine
Opinion
Records
St. Joe Live
Weather
Obituaries
Contests
Newsletters
Multimedia
Contact Us
Marketplace
« Back to newspressnow.com
1 of 2 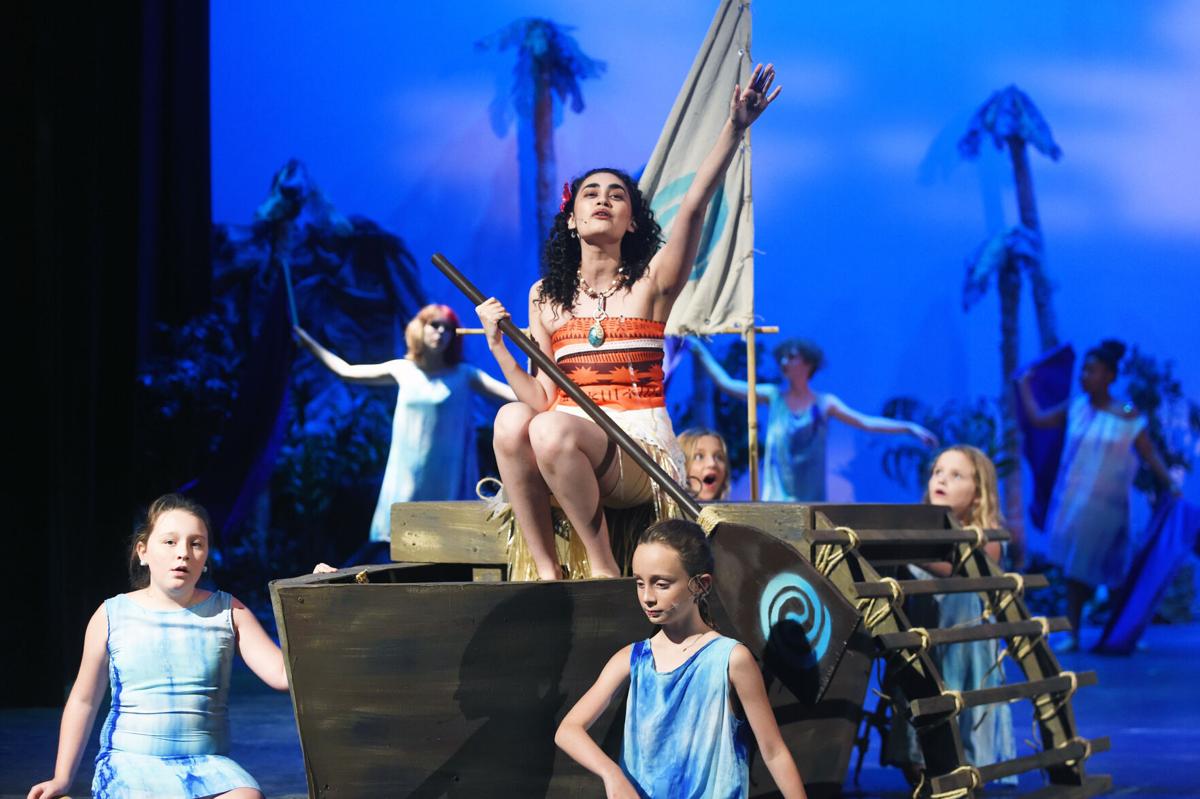 Moana, (Bailey Woodbury) center, starts her journey in Creative Arts Production’s ‘Moana Jr.’ It will be performed on Saturday and Sunday at the Missouri Theater. 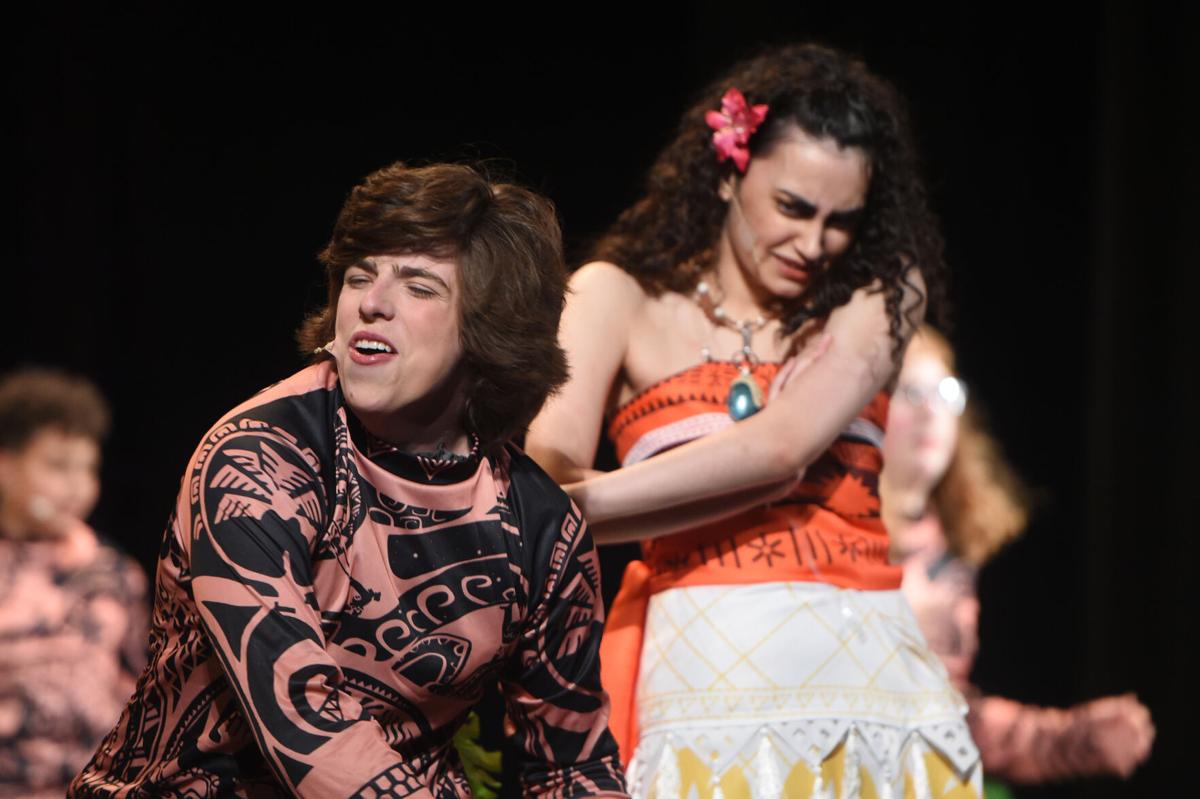 Moana, (Bailey Woodbury) center, starts her journey in Creative Arts Production’s ‘Moana Jr.’ It will be performed on Saturday and Sunday at the Missouri Theater.

For its 2021 show, the theatre summer camp Creative Arts Production wanted a challenge.

In “Moana Jr.,” its cast has to dance, sing, climb and pull around heavy props to re-create the adventures of Moana and Maui.

“The tough side about this production is that the show flows nonstop. And the scene changes are a little bit more difficult, especially with a movable boat,” Director Vance Baldwin, said.

Performed by young actors, ranging from grades 3-12, “Moana Jr.” will be performed at 7 p.m. on Saturday and 2 p.m. on Sunday at the Missouri Theater, 717 Edmond St.

Based on the 2016 Disney animated film, the musical follows Moana (Bailey Woodbury), a girl with a wild heart who sets sail across the Pacific Ocean to save her village and discover the truth about her heritage. Along the way, she meets Maui (Wyatt Wuerfele), a musclebound demigod who helps her on her mission.

The musical is part of CAP’s month-long summer theatre camp, where more than 30 children learn the basics of acting, stage blocking and production.

Similar to previous CAP musicals like “Elf The Musical Jr.” and “Shrek Jr.,” there’s a built-in affection for the material from the cast and crew. Baldwin said it could be felt in auditions and carried over into the production.

“From the beginning, the enthusiasm was there. Even after the cast was set, you could see a letdown because who doesn’t love Moana or Maui? People can relate to them in many ways and Moana is such a heartfelt character,” Baldwin said.

Despite some letdowns, the cast and crew came together to help turn the Missouri Theater stage into a Hawaiian paradise and desolate ocean. Baldwin said he’s proud to see them collaborate and become a team, which is one of the goals of the camp.

“We always talk about a sense of community and how we support each other. And (the cast choices were) never a problem. It was such good growth and support,” Baldwin said.

Creating those stages and working with the cast to give off the feeling of angry oceans, silly animals and a place of community was a tall order.

“It was scary in the sense that I wasn’t sure if my vision ... was going to read true on stage. It was harder for me to visualize this year and I had to make a lot of changes, which is good, though, because that’s normal,” he said.

Best of all, the cast slipped into their roles with ease, ready to tackle tough songs like “How Far I’ll Go,” “Where You Are” and Lin-Manuel Miranda’s rapid rhymes on “You’re Welcome.”

“I feel like this year we just have a lot of strong actors and singers this year,” Baldwin said. “Me directing the actors, I didn’t really have to do a lot of that this year. They’re so talented. They are able to find the nuances when I asked for it, and then details and they just they bring it out. They just come in with it.”

Having had to take a year off in 2020 because of the pandemic, Baldwin said he’s happy to have the theatre camp back in the Missouri Theater, ready to perform for people again.

“It’s always magical to watch the kids grow. Missouri Theater is such an iconic place, it’s beautiful. The only thing I have yet to do is go sit at my favorite spot at the very top of the theater and just soak it up,” Baldwin said.

Tickets are $12 and can be purchased at capstjoemo.org or at the Missouri Theater box office.

The Shuffle: Netflix wins the 'Game'

When it comes to driving trends in pop culture, streaming media continues to make it unpredictable and exciting.