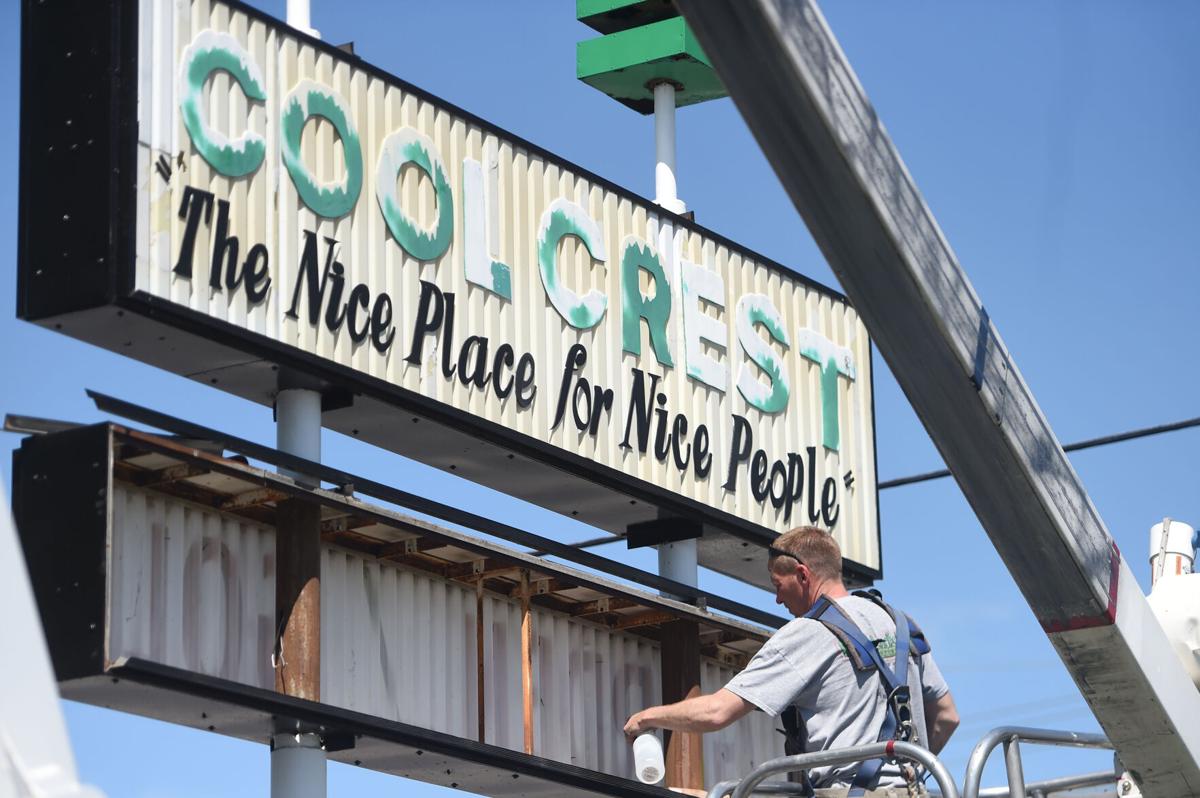 The Cool Crest Garden Golf sign gets a refurbishment prior to its opening Saturday. 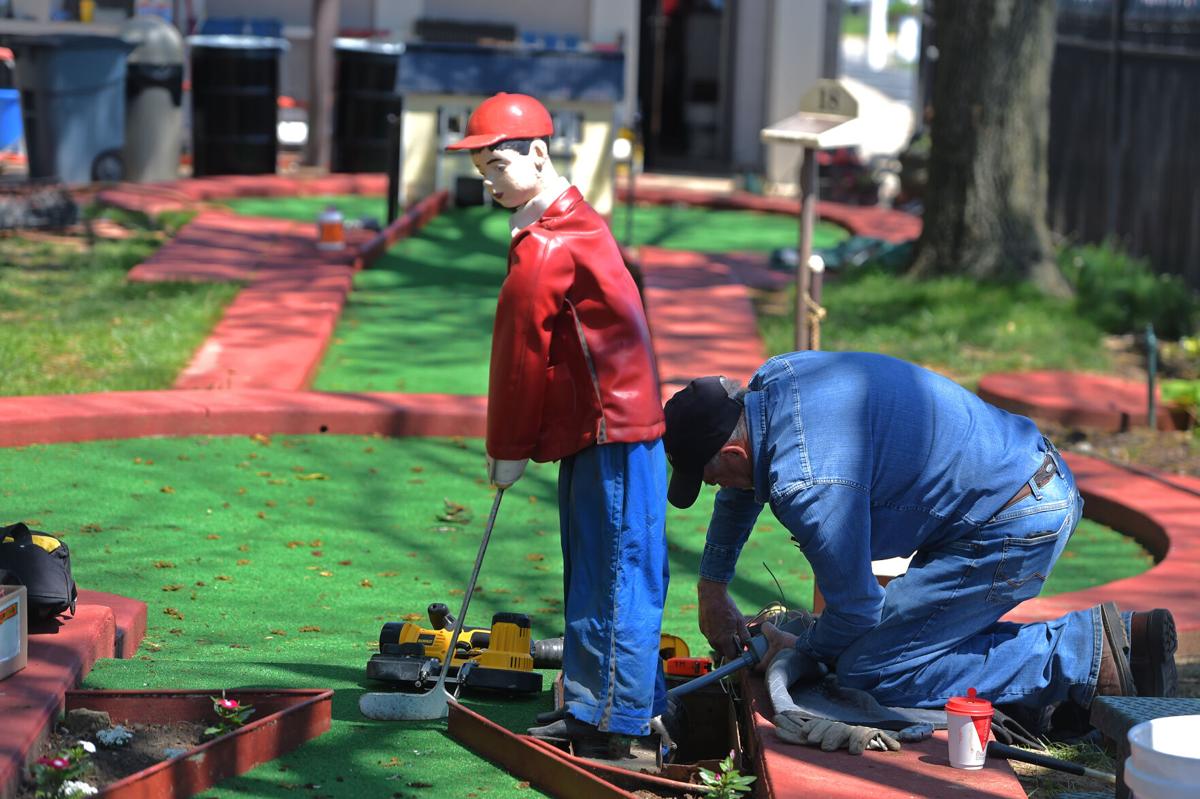 A worker fixes the wiring in one of the hazards at Cool Crest Garden Golf. 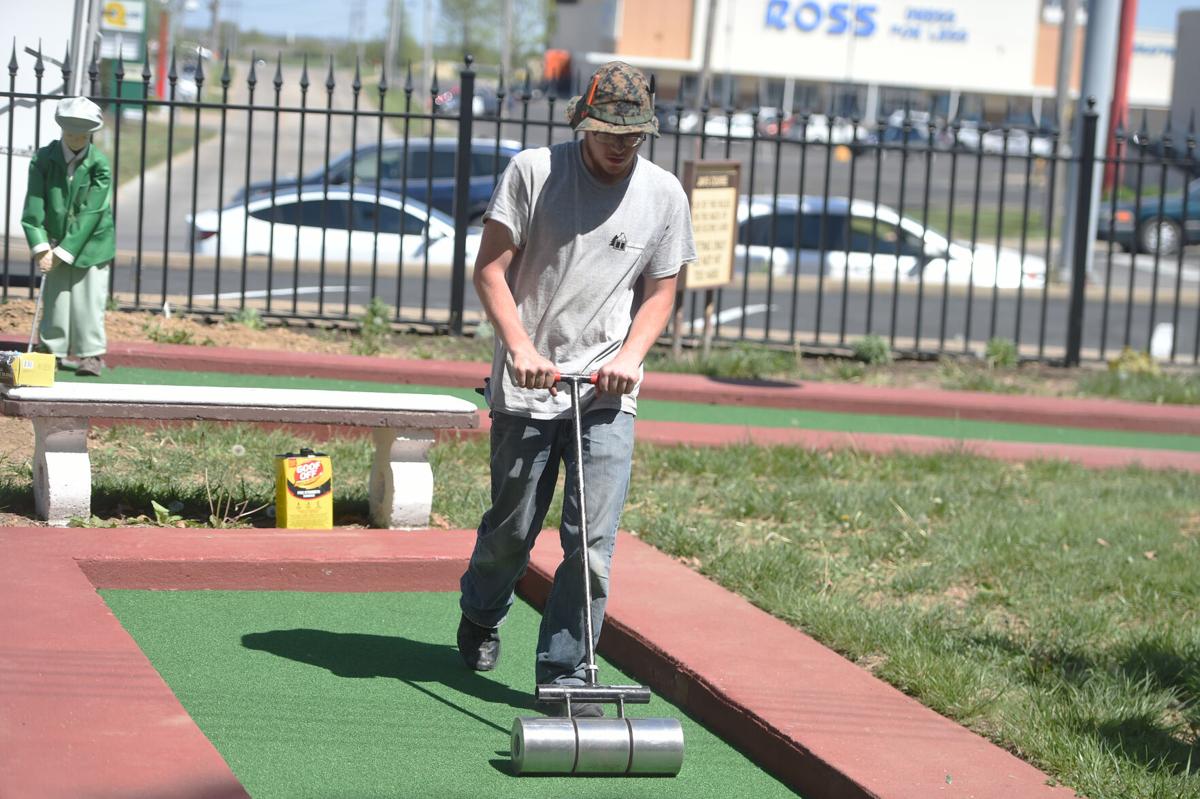 A worker irons out one of the new green patches on a hole at Cool Crest Garden Golf.

The Cool Crest Garden Golf sign gets a refurbishment prior to its opening Saturday.

A worker fixes the wiring in one of the hazards at Cool Crest Garden Golf.

A worker irons out one of the new green patches on a hole at Cool Crest Garden Golf.

What started as a miniature golf course on a dusty patch of land in 1948 will return as a retro experience off one of the busiest roads in St. Joseph.

Under the management of Joe Town Enterprises, Cool Crest Garden Golf, 5320 N. Belt Highway, will return to its former glory Saturday, May 8, with some upgrades.

“It’s just really exciting for me, you know, to see this come back and shine like it used to.,” co-owner Rick Gilmore said.

For months, crews have been clearing the brush and dirt off the formerly vacant space, which quietly closed officially in 2018. They have been painting, laying new Astroturf and upgrading the course’s previous archaic business practices.

What that means is Cool Crest will be taking debit and credit cards, as well as gift cards for Joe Town Mini Golf, which Joe Town Enterprises also runs. Because of the numerous amounts of old “free game” cards, Cool Crest will not be able to accept those from previous ownerships.

“There are thousands and thousands of them and we have no way to validate them. You can win a new free game from us because the 19th Hole will live on,” a post from Joe Town Enterprises said.

The golf course also will do away with the long-lasting rule of no child younger than 6 being restricted from playing.

“We’re going to request parents with younger children be good stewards with their children because these old little mechanical hazards are fragile ... So you don’t want to grab ahold of the windmills or the alligator,” Gilmore said

What will stay the same are the classics: Root beer floats will be served in frosted mugs. Birthday parties will resume in 2022. The famous hazards that people loved for decades, like the golfing boy who would hit your ball back to you, the dollhouse and the Eiffel Tower, have been refurbished.

For Joe Town Enterprises, re-opening Cool Crest Garden Golf is continuing the legacy of the late Guy and Jan Saxton, who opened the course on July 4, 1948. When they opened it, it was a far different landscape than the one that surrounds it now.

“There wasn’t anything on the Belt at the time,” Jan Saxton told the St. Joseph News-Press in 2015. “I don’t know why (Irwin E. Patterson, Mrs. Saxton’s father) decided to build there at that time, but it was a good spot.”

Through the decades, the landscape has changed. But Gilmore is happy that reassuring Cool Crest sign that appears as cars crest the hill on the Belt Highway will welcome them back. While it’s been vacant since 2017, the golf course likely will be brimming with activity starting Saturday.

“I think St. Joe appreciates the history of itself. And any part of that history that we can keep and operate is good for the whole town, the whole community,” Gilmore said.

Hours for the course are still being determined. Admission is $8.25 plus tax for ages 6 and older, $6.25 for ages 5 and younger and free for non-golfing babies and infants.

The Shuffle: Signs of Life

As schedules for local arts groups are getting hammered out, the question remains “Are people ready to get out and return to local events?”