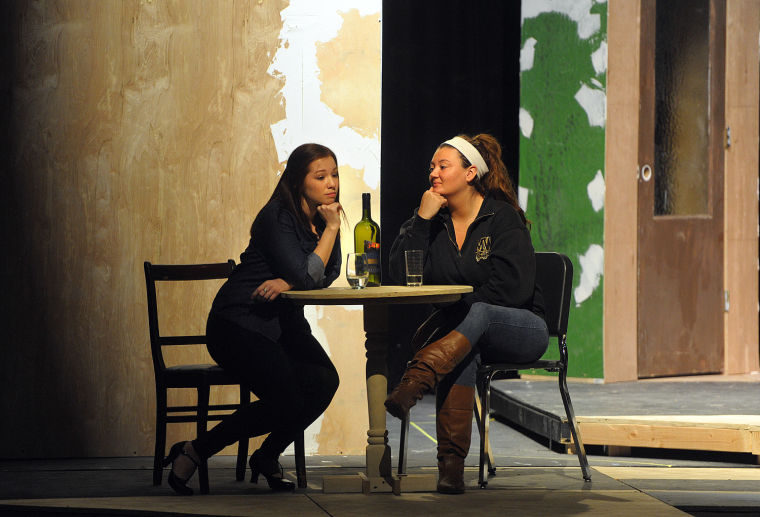 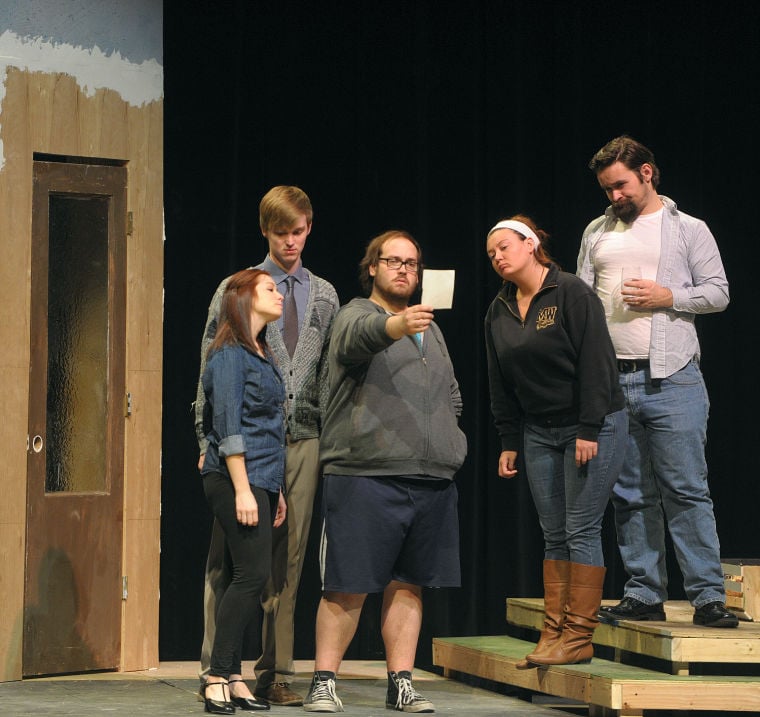 Actors at Missouri Western State University will perform 'Picasso at the Lapin Agile' Feb. 13 to 16. 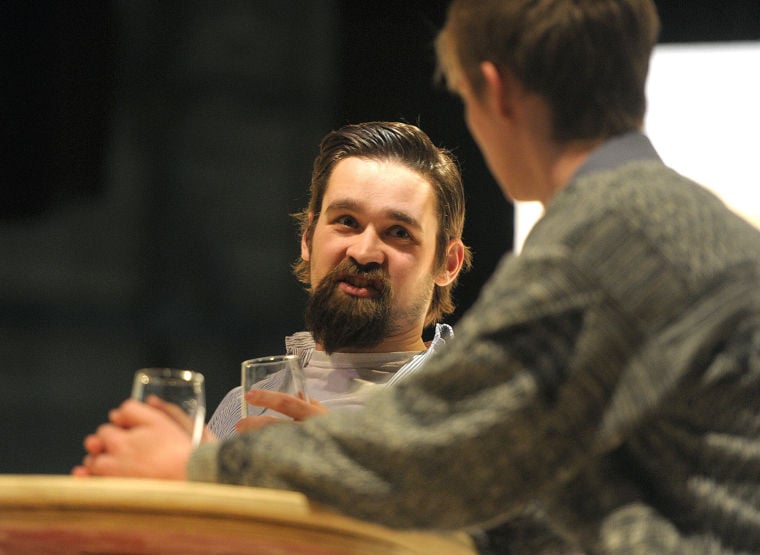 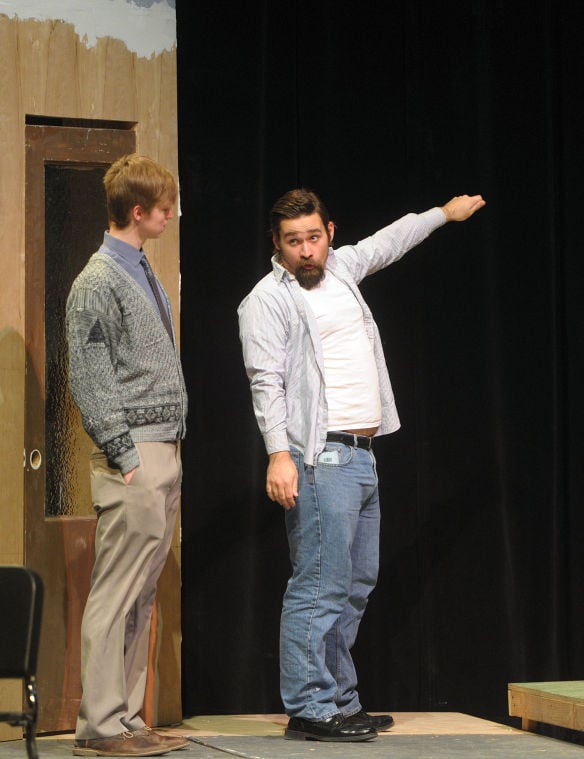 Actors at Missouri Western State University will perform 'Picasso at the Lapin Agile' Feb. 13 to 16.

Anyone with a passing knowledge of comedian Steve Martin knows there’s more than just banjos, silly songs and characters to him. In fact, there's a surprising amount of depth to his work.

Since the mid-’90s, there had been signs of a more artsy, serious side to the often goofy “Saturday Night Live” host, with his first big statement being “Picasso at the Lapin Agile.”

Led by Gabriel Barton as Einstein and Thomas Delgado as Picasso, Martin’s script comes to life in Missouri Western State University’s production of the play, running Feb. 13 through 16 at the Potter Hall Theatre.

Written in 1993, the play hypothesizes a fictitious meeting between Picasso and Einstein as each is on the verge of a great discovery. The former is about to create “Les Demoiselles d’Avignon (The Young Ladies of Avignon),” a painting that will serve as the catalyst to his signature style, Cubism. The latter is about to discover his special theory of relativity.

Meeting at a bar in Paris, the two debate all facets of life, with characters weaving in and out representing a specific ideal, bringing their own perspective to the argument.

“They’re both on the cusp of their big, major breakthroughs that are going to change the 20th century,” director Tee Quillin says.

He adds: “It’s a great way to put two of the greatest minds of the 20th century together and just have them hash out these great artistic and scientific and philosophic concepts and see how close they actually are related.”

Martin’s script was a wonder to Quillin years after he read it. Giving it a look when it was first released, he says he expected something closer to his seminal work in movies in comedy and stand-up.

When he finished, Quillin was left with a lot more questions than chuckles.

“I thought ‘OK, this is funny.’ But I didn’t get why it was funny or truly appreciate why it was funny. You dig into it now, 20 years later, with a different set of eyes and it kind of changes your thought process on it,” he says.

What Martin had created was a sharp, humorous mix of philosophy, history, science and life synthesized through the eyes of two of the brightest minds that ever lived, with the juxtaposition between the two being the main conflict.

Einstein is a fixer, and when there’s chaos, he wants to make sense of it and put it back together.

“Picasso is typically wanting to try to see the world as he sees it — take a look at the chaos and take it as it is. And each of those things are valid,” Quillin says.

Other characters like Gaston (played by Brian Duskey) and Germaine (played by Katie Brekalo) argue for their ideals and ideas of what the future will be like.

While it’s funny, bright and deep, the play also features some characters that challenged Quillin’s cast.

Some of the actors couldn’t relate to their character’s one ideal, be it sex, inventions, infatuation or small-mindedness.

“For some of them, it’s been like stepping out of their pajamas and into a pair of pants. That transition has been easy because the character is close to who they are,” Quillin says. “(For others), that’s not who they are or they don’t think that’s similar to who they are.”

As rehearsals continued, Quillin says he saw the cast evolve along with their perspective on the material.

“The more we dive into it, the more they think ‘Well, wait a minute. I actually do think like that, it’s just not exactly the same thing,” Quillin says. “I kind of turn around and say, ‘That’s kind of what Picasso was thinking.’ That’s sort of how Picasso changed from ‘Blue’ to Cubism in the first place — ‘I don’t think like that, but I really do.’”

Similar to Quillin’s previous production, “The Drowsy Chaperone,” the play operates with a minimalistic set designed to help display the formation of thoughts between Einstein and Picasso.

Coupling the set, which can’t cover up any mistakes with flashy effects, with the material is a new challenge for the cast. But Quillin is happy to see them rise to the occasion.

“If you think about the journey these actors have taken, to think about their growth, that’s one of things that I love about my job is I get to see that on a daily basis,” he says.

What: Missouri Western presents 'Picasso at the Lapin Agile'