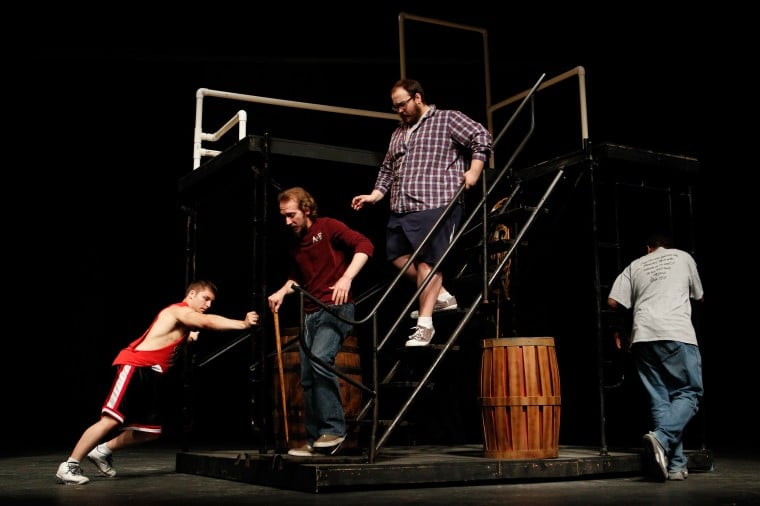 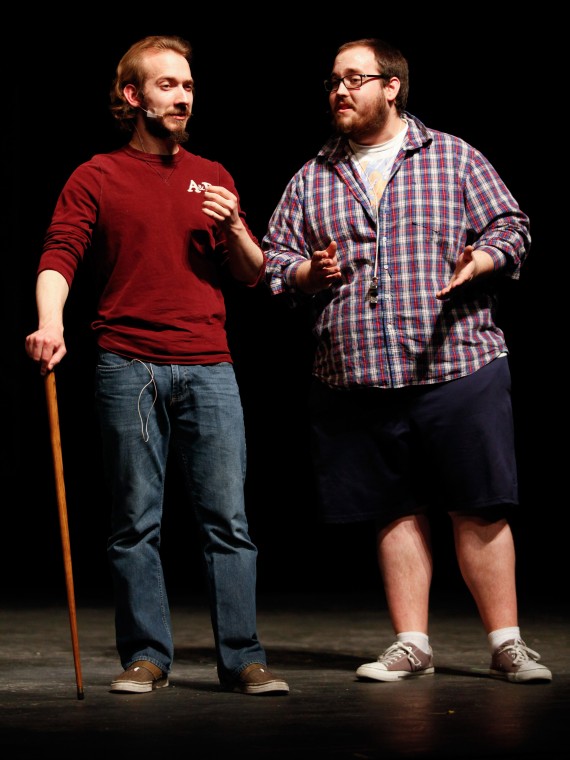 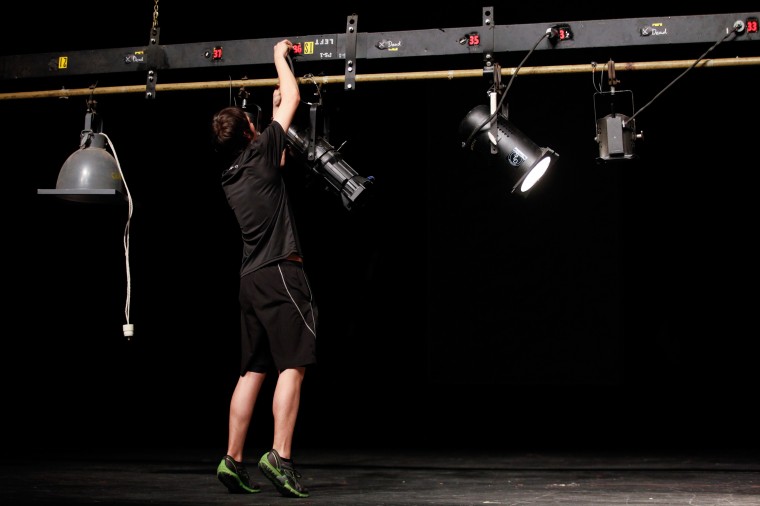 There will be a new street in St. Joseph for four days. It will be dark, scary and very, very bloody.

It’s called Fleet Street and it will be located inside Potter Hall on the campus of Missouri Western State University, where a barber named Benjamin Baker, better known as Sweeney Todd, will offer shaves, haircuts, songs and imminent death.

Running April 11 through 14, the legendary musical thriller “Sweeney Todd” will be the final production of Missouri Western’s 2012-2013 season, and it promises to satisfy and arouse interests in both fans and newcomers to the show.

In creating a unique retelling of Stephen Sondheim’s acclaimed 1979 musical, which follows barber Sweeney Todd’s emotional downfall after his wife poisoned herself, Quillin and his cast and crew decided to leave everything on stage. That includes seeing set changes and the actors getting into character.

In the Potter Hall theater where crews still are setting up and the cast awaits rehearsal, Quillin sits with the show’s lead actor and actress to discuss the show.

“What you’re looking out at the stage right now is pretty much what the stage is going to look like — no curtains. All of the scene changes are going to be right in front of the audience’s eyes,” Quillin says.

This was all prompted from a listen to the soundtrack one day as Quillin was driving.

“Honestly, the first line of the show, ‘Attend the tale of Sweeney Todd’ — pay attention. It’s almost like a direct command. ‘Pay close attention because there’s a lesson to be learned here,’” he says.

Telling the story of Todd’s undoing as he teams up with Mrs. Lovett to slit people’s throats and bake their remains into pies, Quillin described it as a truly collaborative effort with not only the principle cast members, but the chorus and crew, as well.

“The crew members have become almost a second ensemble in and among themselves because of the way we’ve constructed this production of the show. So much so that we do number around set changes instead of the cast doing it,” he says.

Leading this group of 19th century English misfits are Raymond B. Johnson as the title character and newcomer Alex Richards as Mrs. Lovett.

Both were introduced to the show when they were young, and they each described their experiences when viewing it as eye-opening and inspiring. Richards says she fell in love with the role of Mrs. Lovett after seeing Angela Lansbury’s iconic performance in the show’s original 1979 Broadway production on DVD. Johnson says it was a local high school version of it that hooked him.

“I first saw it when I was in eighth grade when one of my local high schools put it on, and it was the greatest piece of theater I had ever seen. In high school, my music teacher used to use that DVD for substitutes,” he says.

For both, to play the lead roles is a dream come true. For Richards, who will be performing her first starring role in a musical, it’s both exciting and nerve-wracking.

“There’s obvious pressure. For me, this is the biggest part I’ve had in a musical ever. It’s living up to that. I just try to keep focus on doing it at my own speed,” she says.

She adds: ”Everyone in the cast is just phenomenal. There isn’t a person in this cast that isn’t ridiculously talented. That’s just made my job so much easier.”

Taking in both the original George Hearn performance of Todd and Johnny Depp’s version in the Tim Burton movie adaptation of the musical, Johnson says he’s trying to create a balance that’s his own.

“Seeing George Hearn in the movie and even Johnny Depp in the movie, to me, they are the extremes of what can be done — Johnny with the flat, cold, calculated thing, and George with the over-the-top (performance). Somewhere in the middle is real life, so there are elements of both,” he says.

The main problem for Johnson? Getting too into Todd’s insanity.

“When you play a madman, it’s easy to go too far, and that line has been hard to find because you want to go far enough that the audience gets scared and the audience believes it. But you don’t want to go so far that you hurt yourself because you still have more performances to do,” he says.

Due to spring break, the schedule was shortened to prepare actors for the production. Moving in a way that’s more from the hip than two months of structured preparation, Quillin says it’s been invigorating.

“This is the show that, as a director, I have always wanted to tackle,” he says. ”It’s so rich. Every single line works perfect with the musical line and it fits perfectly with what’s going on with the character and story. I argue that it is the perfect show.”

With it being the perfect show, Quillin says expectations have to be met and he assures fans that they will.

So it will still be the demon barber as people have always known, with a new setting to cut throats.

“If you’re not taking risks with Sweeney Todd, you’re not doing it right,” Quillin says.