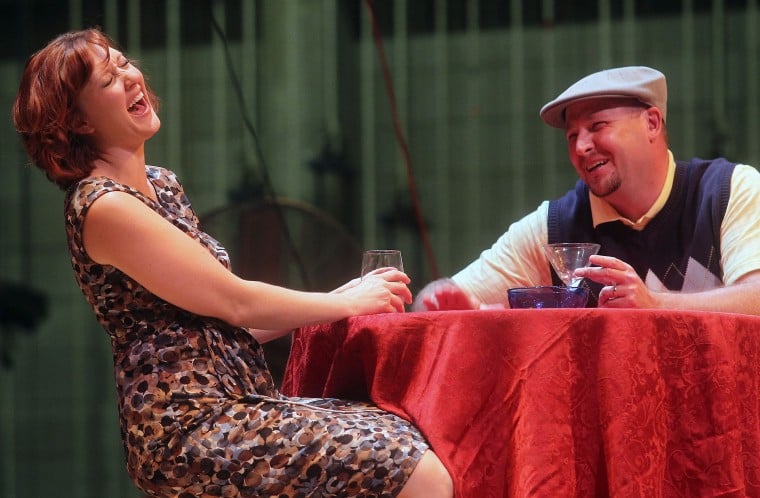 Leah Swank-Miller and Tee Quillin rehearse a scene from the Western Playhouse production of “I Love You, You’re Perfect, Now Change.” 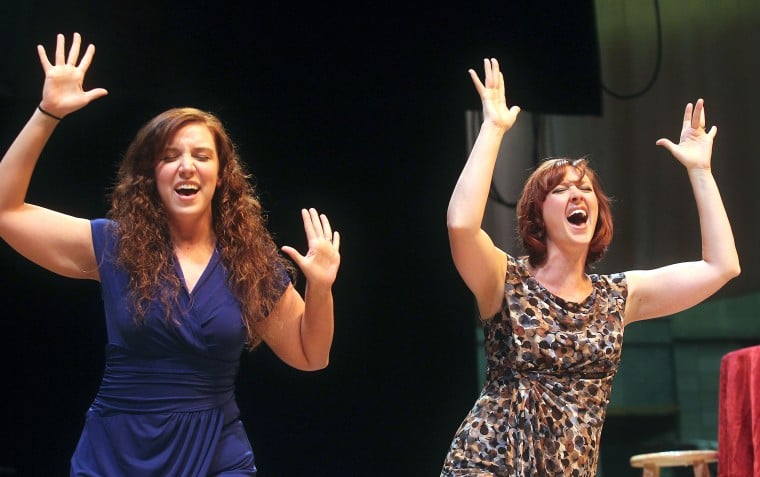 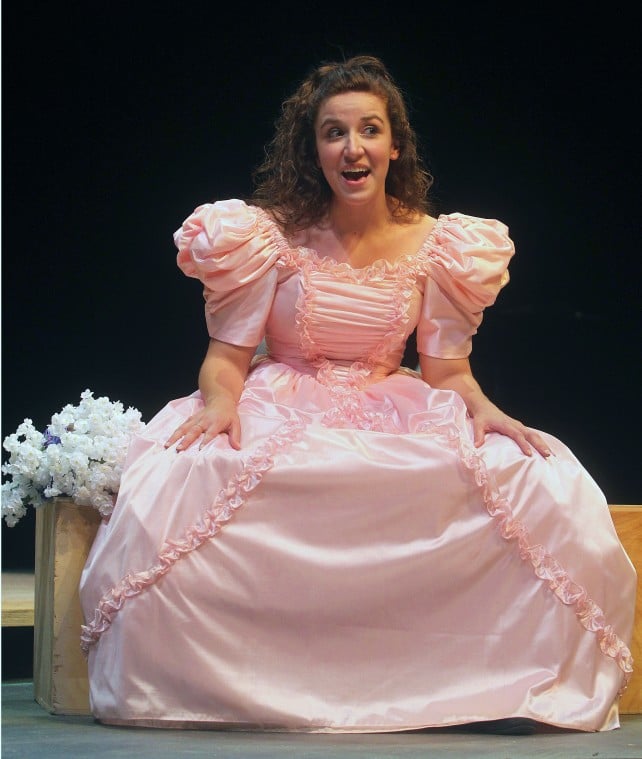 Jessica Elder-Agnew rehearses a scene from "I Love You, You're Perfect, Now Change."

Leah Swank-Miller and Tee Quillin rehearse a scene from the Western Playhouse production of “I Love You, You’re Perfect, Now Change.”

Jessica Elder-Agnew rehearses a scene from "I Love You, You're Perfect, Now Change."

Four actors. Thirty roles. Outlandish laughs. And enough poignant moments that a box of tissues to wipe away all those tears is all but required. All that can only mean one thing: "I Love You, You're Perfect, Now Change" is coming to town.

For the third and final show of its inaugural season, Western Playhouse will present the well-known production from July 19 through 28 at Potter Hall Theater. The long-running off-Broadway musical comedy played 5,003 times -- the second-longest run ever -- after debuting in 1996 at New York City's Westside Theatre.

"It's right behind 'The Fantasticks,' which ran forever and ever and ever," says Western Playhouse managing director Dallas Henry. " ... And it really is hysterical."

Cast as lead role Paul Bratter in "Barefoot in the Park," Western Playhouse's previous production, Henry is back in the director's seat for "I Love You, You're Perfect, Now Change," which stars Western Playhouse artistic director Tee Quillin with Shaun Agnew, Jessica Elder-Agnew and Leah Swank-Miller.

Originally a book by Joe DiPietro, its off-Broadway tunes added by Jimmy Roberts, the musical comedy takes a clever, thoroughly tongue-in-cheek look at relationships off all kinds. From from the hopeless singles scene to that awkward first date, the naive bliss of newlyweds to the ups and downs of 30 years of marriage, each of the vignettes that comprise "I Love You, You're Perfect, Now Change" pokes fun at the trials and tribulations everyone goes through in that search for true love.

And, perhaps fittingly, two of the play's stars are in fact newlyweds themselves. Agnew and Elder-Agnew tied the knot on March 10 (not to mention Henry and his fiancee will be married later this summer as well), and both admit the irony in starring together in a musical all about relationships.

"The funny thing is that in most of the show, he and I aren't paired up that often," Elder-Agnew says.

And when Agnew says that anybody in the audience can find something to relate to in the play, he means it for himself, too.

"It's been kind of funny when you talk about little arguments that you have, like, 'Oh, yep, we've had this argument before,'" he says, without elaborating. (Smart man.)

Henry says the Agnews, married or not, were perfect for their roles -- and he feels just as strongly about the jobs Quillin and Swank-Miller are doing. Quillin, according to Henry, is a wonderful character actor who brings a certain eccentricity to the several roles he plays throughout the production. And Swank-Miller, a professional actress from Kansas City, strikes just the right balance of beautiful leading lady and quirky funny-woman, he adds. And, wow, can she sing.

"She is just phenomenal. She's great. I hope people come out just to see her performance because she really brings something new to the community," Henry says.

And though the Agnews aren't often paired together, when they are, watch out. Henry says their scenes together make for some of the musical's most moving moments -- such as when they're on stage as a long-married couple as Agnew sings the solo "Shouldn't I Be Less in Love with You."

The song's emotional sentiment, Henry says, can almost sneak up on an unsuspecting audience.

Of course, it gets rights back into the jokes. There are tunes in store like "A Stud and a Babe," where two lovers revel in their shared geekiness, and "Why? 'Cause I'm a Guy," in which Henry has the men in the cast doing "beer curls" -- whatever those are.

"Beer curls," however, will be far from the most elaborate dance steps seen on stage. With several dance numbers in the mix -- Swank-Miller doubles as the production's choreographer, Agnew as its musical director -- Henry calls "I Love You, You're Perfect, Now Change" an acting, singing and dancing triple threat.

But what ties it all together is the musical's theme that, when it comes to love and relationships, we're all in the same boat.

"You'll realize things aren't as bad as they seem, and you can laugh at yourself," he says. "There should be a lot of nudges and people going, 'Yeah, I've been there. I know that. I know those people.'"

Looking back on Western Playhouse's first season to date, Henry says he is pleased with what the new professional theater company has accomplished in a short time and points to how it has been able to reach a new audience. Almost 35 percent of those who have attended the company's productions thus far were seeing a show at Potter Hall for the first time, he says.

"That in itself has been a great accomplishment for Western Playhouse," he says.

The production contains material that is suitable for those age 14 and older.

To purchase tickets or for more information, visit www.westernplayhouse.com.

"I Love You, You're Perfect, Now Change" show times