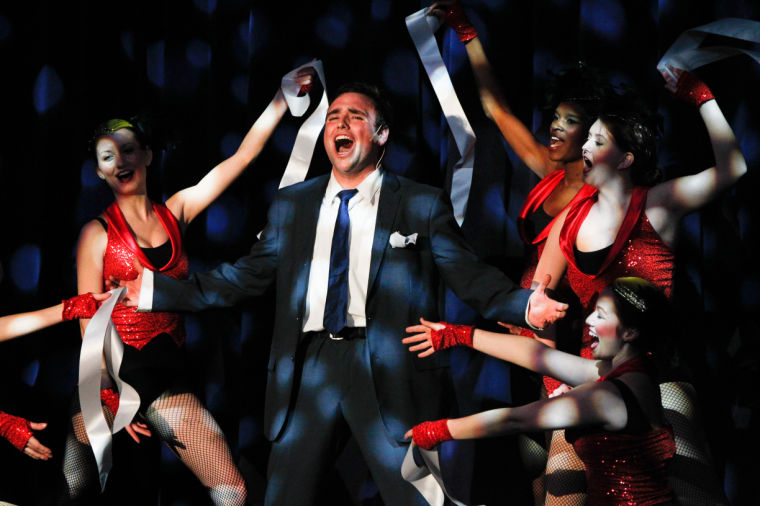 A scene from the 2014 Missouri Western production of “The Producers.” 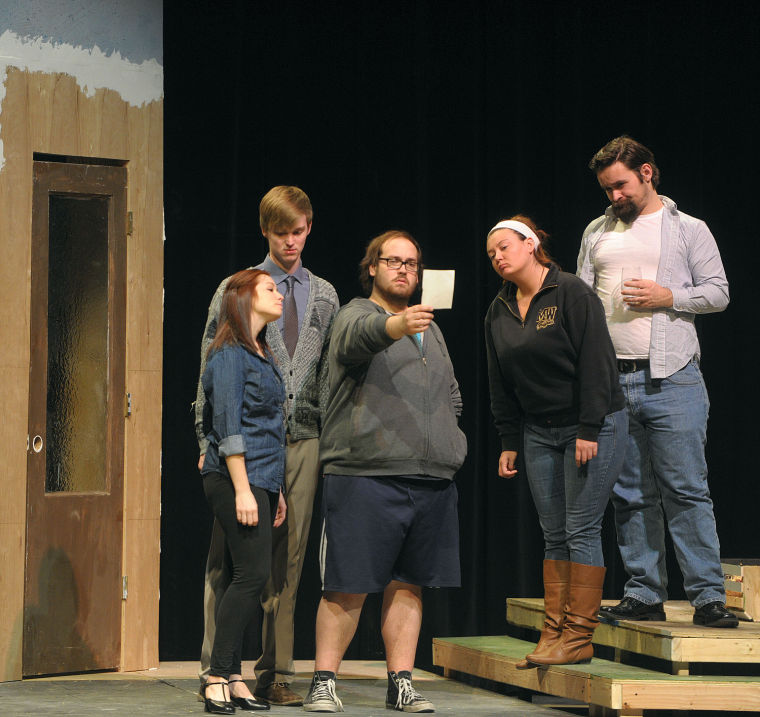 Actors at Missouri Western State University rehearse a scene from the 2014 production of “Picasso at the Lapin Agile.”

A scene from the 2014 Missouri Western production of “The Producers.”

Actors at Missouri Western State University rehearse a scene from the 2014 production of “Picasso at the Lapin Agile.”

Along with the cast and crew, Stover was deep into directing the college’s spring production, “She Kills Monsters.” Classes were stressful, but the overworked staff was up to the challenge.

Two months later, massive budget cuts will phase out the theater and dance portions of the department. Effectively immediately, there will be no more Missouri Western productions, and at the end of the next school year, Stover will be out of a job.

“In the broad picture of things, it means that I will be the ‘last man standing.’ Since I have tenure, I get a one-year contract, and then I’m done,” he said.

On April 29, the Missouri Western Board of Governors approved massive, across-the-board cuts to a number of programs, including a three-year phase-out of the college’s theatre, cinema and dance program. It will keep cinema as a minor and as part of its new major for Bachelor of Applied Arts in performing and cinematic arts.

The cuts bring what Stover hopes will be only a temporary stop to Missouri Western’s more than a decade-long run of plays and musicals. In that time, it earned accolades for performances like “Of Mice and Men” and “Sweeney Todd.” It also was able to perform more mature, risky productions like “Spring Awakening” and the student-directed “Three Days of Rain,” that would normally go untouched by regional and community theater organizations.

It’s a short but storied history that Stover said everyone involved is proud to have played a part in.

“Knowing that we have success stories, we have students who have performed (on) our stage now living and working in New York City. They’re working professionally in L.A. To know that is huge, and it makes me realize that the work we did wasn’t in vain,” Stover said.

Missouri Western President Matthew Wilson said making the cuts to the theatre, cinema and dance program was not an easy decision for anyone.

“I think the saddest part of this process and the realities that we’re facing in other universities, in higher education, is when you look at phasing out a program, (you see) the impact that it has on the individuals. My heart goes out to them and everybody who has been impacted, because they have have done their best and they’ll continue to do their best,” he said.

Without being able to direct any productions, Stover said his next year will be continuing to teach students and archiving the theater program’s assets, in case it’s revived at some point.

“I’m working on a list of what we need to do to put the theater, essentially, in cold storage. So that if they do resurrect the theater program in a few years, God willing, whoever comes in to take that over isn’t like, ‘Where is everything?’” he said.

In the meantime, as Missouri Western restructures, there will still be some assets of its fine arts programs intact. Cinema will survive. There are sections of the art program like graphic design and digital animation that have been retained.

In terms of art and theater, Wilson said the college is exploring its options to collaborate with other organizations in the city.

What that will look like is still in the preliminary stages, as Wilson is in the thick of more structural changes at the university. He mentioned utilizing the Potter Art Gallery for not only students, but artists in the community. He also mentioned other possibilities for musical theater.

“The (Potter Hall) theater, you still have musical productions that are there because we’re keeping a good number of our music programs, even though faculty is scaled down. But we might be able to collaborate with community groups and to be able to the utilize that for theater and other purposes,” Wilson said.

In the short term, it will be tough for everyone involved. Stover said he wishes he could give the theater program one final swan song of a production, but it’s out of his hands.

“I can’t do everything by myself. I can’t direct (and) design,” Stover said.

It’s a statement Stover said out of lament, rather than bitterness. Everyone involved in the theater program knows that huge cuts had to be made to make sure the university could continue.

What Stover will do with the pared-down program is what he’s always done — give his students the best education he can and leave with his head held high.

“This was a chapter in my life. And now this chapter is coming to a close and I get to move on to whatever the next chapter is,” he said. “I’m excited about what is in store for me. The thing that’s going to hurt me most this year is going into work and knowing that the theater is dark, that there’s no life in that stage.”

MWSU to phase out theatre program