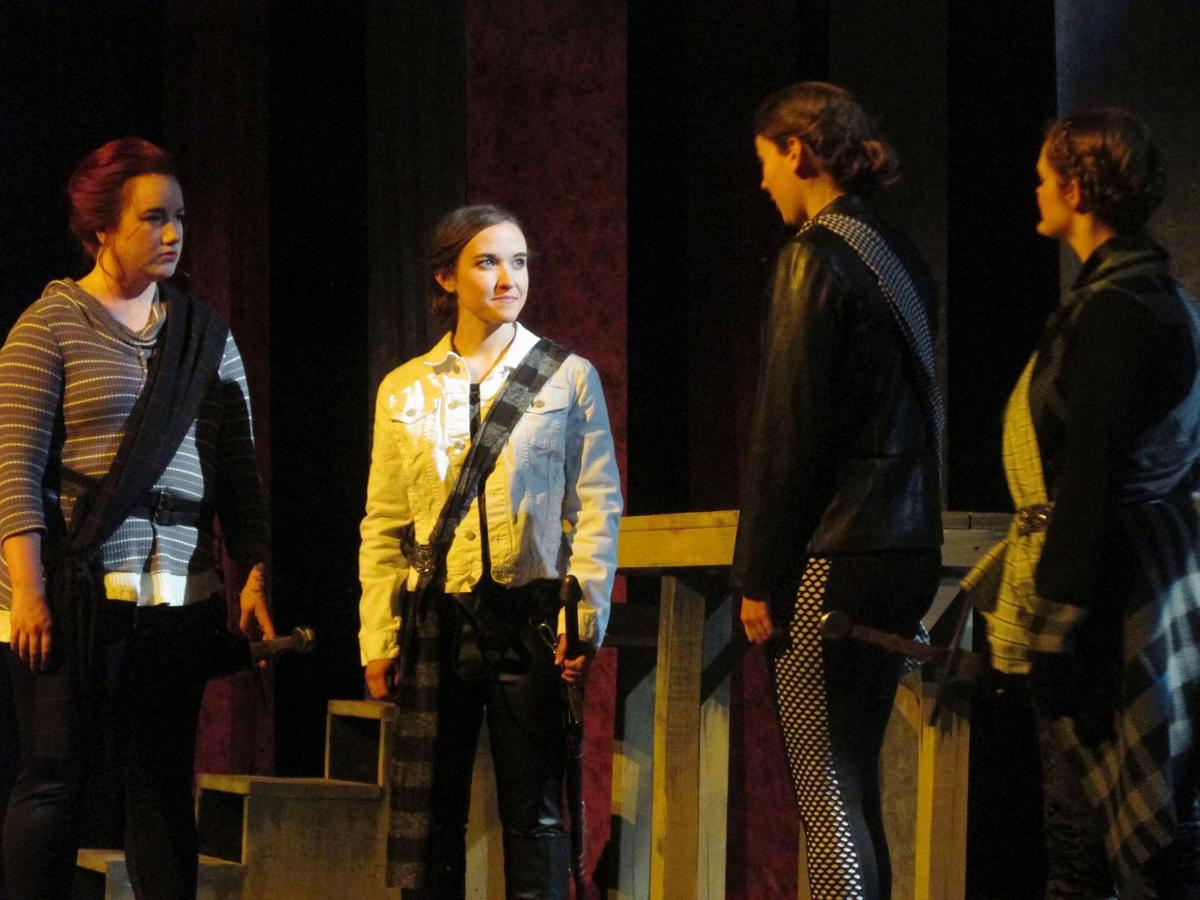 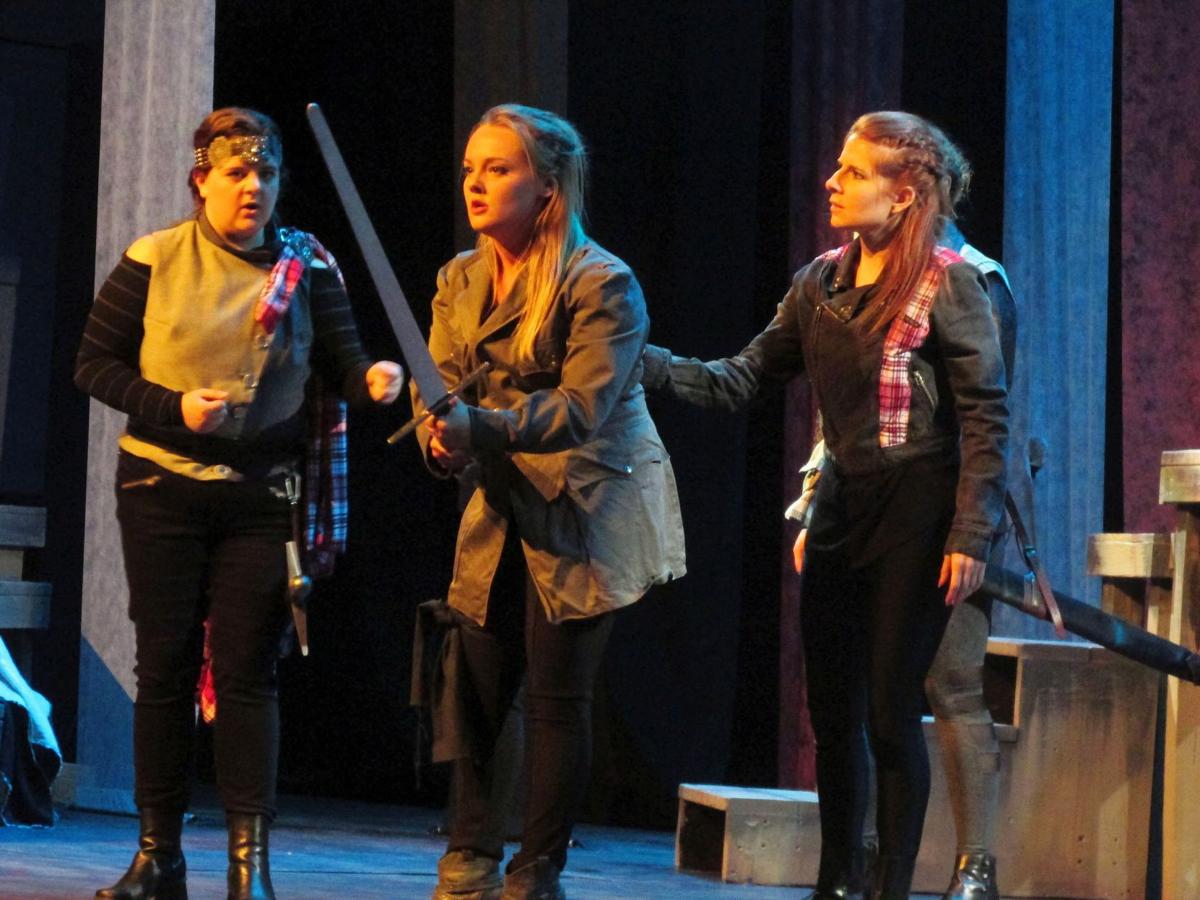 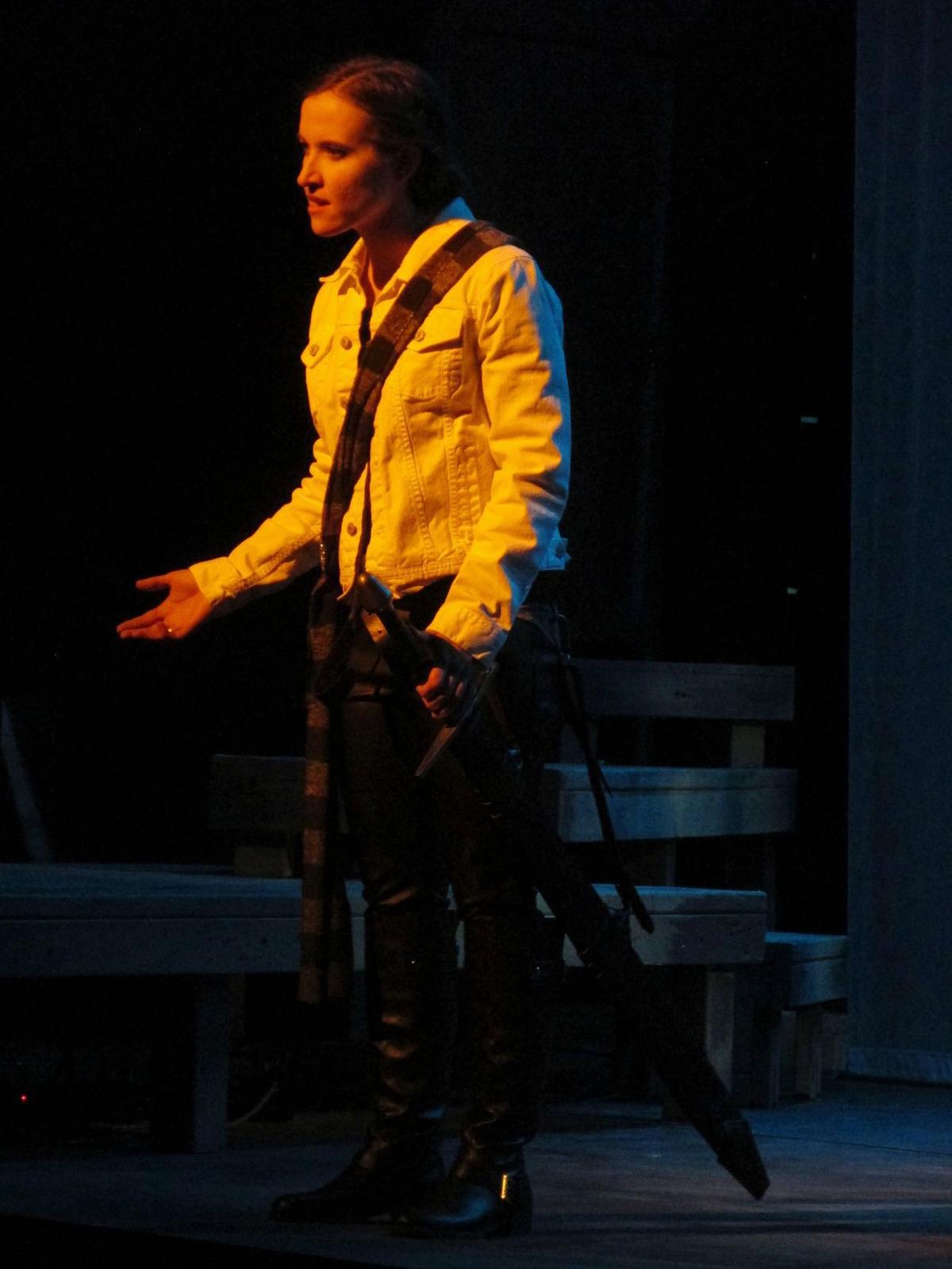 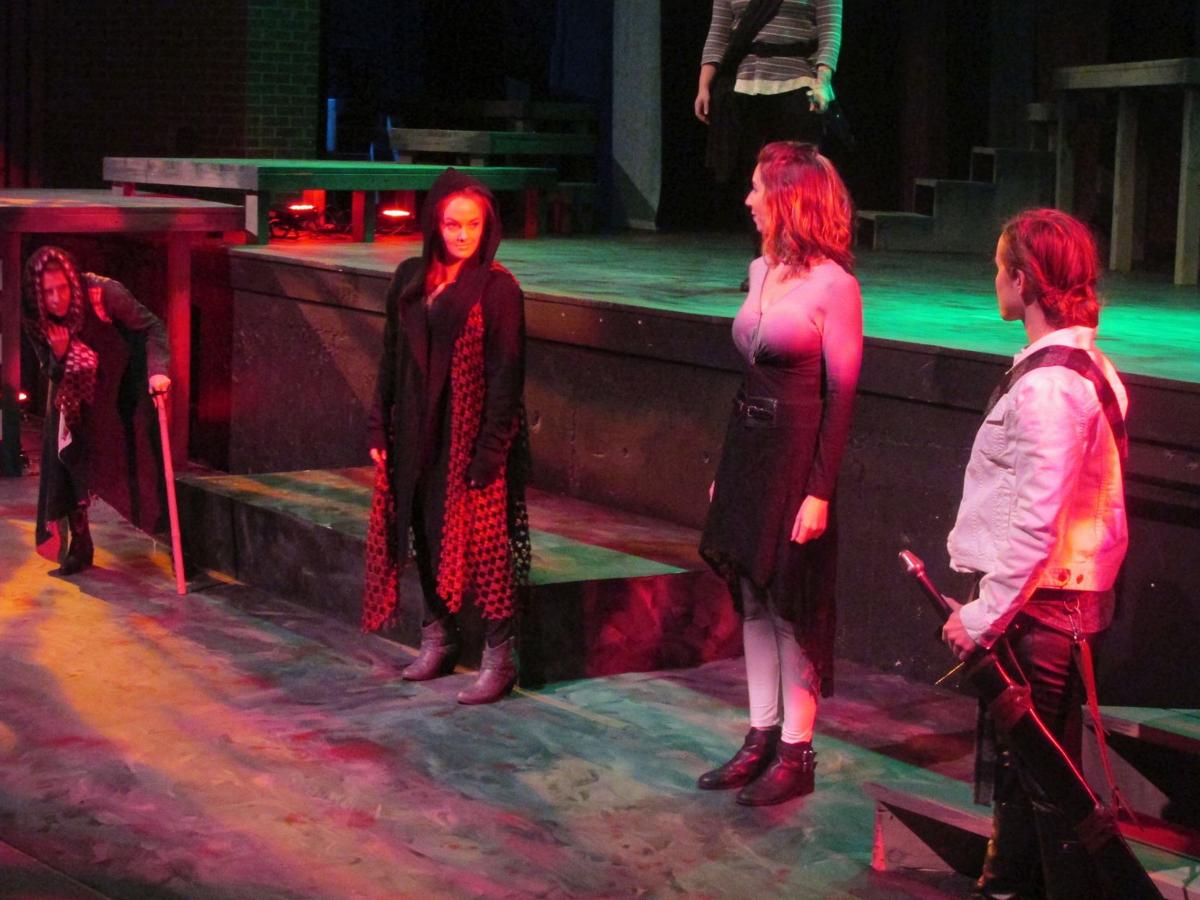 Missouri Western’s Department of Theatre, Cinema & Dance has operated on the idea that shows should be surprising, challenging and thoughtful.

The auditioning members of Missouri Western’s production of “Macbeth” witnessed those three aspects all at once with the cast announcement.

When the cast was auditioning, the actors had no clue they would end up in parts that broke from traditional roles. Men were cast in roles traditionally played by women and vice-versa, with Shira Murphy leading as the titular character, and Antonio Daniels-Braziel plays as Lady Macbeth.

“You sort of get into routines and this causes you to step outside of that and think about things differently,” director Tee Quillin says. “It’s how educational theatre should be, in my opinion. It’s what we should be doing.”

The show is being performed at 7:30 p.m. today and Saturday, and March 2 through 4 at the university. There also will be a performance at 2 p.m. Sunday.

“Macbeth” is a cautionary story about obsession with power and the responsibilities that come with it. After three witches (played by Kara McGhee, Abby Sexton and Annie Valuska) visit Macbeth, a brave Scottish general, they give him a prediction of the future where he is king. In order for this to happen, Lady Macbeth says he must kill King Duncan (Skyla Booth). But with that murder comes figurative blood that won’t wash off.

It’s a story we see told with characters like “Breaking Bad’s” Walter White and “The Godfather’s” Michael Corleone.

“The man that we saw at the beginning of the play is not the same man at the end of the play, and that’s a dark element of human nature that I think we all battle with ourselves,” Quillin says.

Having a deep love of the text of “Macbeth,” Quillin says this is the first time he’s directed the show since helming a high school production in Texas.

“It was one of those where I was like ‘Yeah, I haven’t touched this in awhile.’ It’s one of my favorite plays of Shakespeare’s,” he says. “The language in it is gorgeous, it borders on Gothic ... It’s just some of the most beautiful poetry that he wrote. It just happens to be one of the darkest plays he wrote, too.”

“We’ve got actors playing multiple roles. Some of the actors are playing male and female characters. Since it’s mixed, I prefer to think of it as gender neutral,” Quillin says.

Watching the rehearsals, Quillin says he sees the challenge and perspective that the changes in roles presents, as well as the cast grasping the darker themes of Shakespeare’s text.

Quillin also had his own notions of Shakespeare challenged, as he attended a 10-day Shakespearian workshop with Patsy Rodenburg, a British voice coach and theatre director who works with the Royal Shakespeare Company. He says he was able to apply the lessons he learned to the production, including her approach to the text.

One aspect of the show that reiterates itself throughout is how relevant Shakespeare’s works remain.

“That idea of blind ambition and how that blind ambition is rewarded can then lead to that absolute power corrupting is what you see,” Quillin says. “Shakespeare puts it onstage and goes ‘Yeah, here’s what happens, guys. This is why we fight off that darkness within ourselves. Because if you don’t, this is what happens.’”