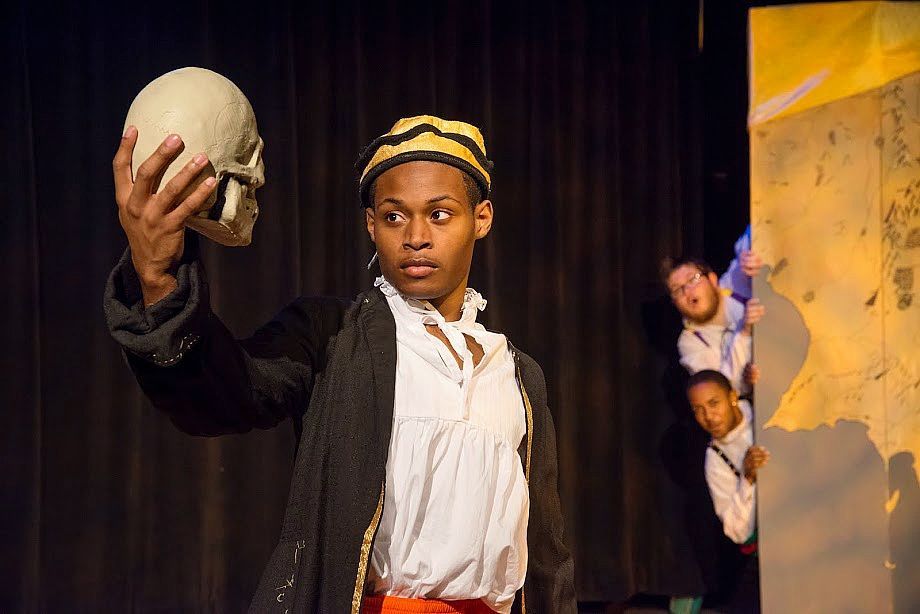 Antonio Daniels-Braziel ponders a thought as Riley Bayer and Ronald Baker look on in ‘The Complete Works of William Shakespeare (Abridged).’ 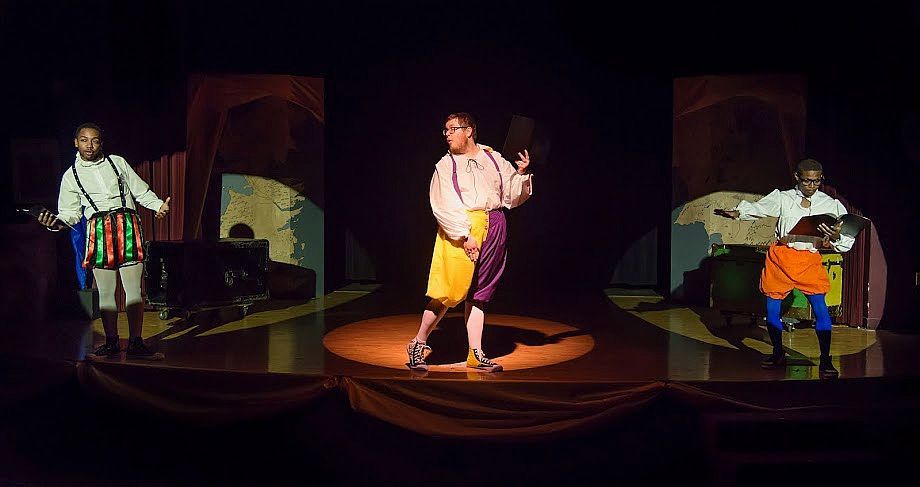 Antonio Daniels-Braziel ponders a thought as Riley Bayer and Ronald Baker look on in ‘The Complete Works of William Shakespeare (Abridged).’

Written by the famed Reduced Shakespeare Company, “The Complete Works of William Shakespeare (Abridged), also known as “The Compleat Wrks of Wllm Shkspr (Abridged),” is a three-actor play that crams all of the classic writer’s work into 90 minutes.

Combining a wealth of Shakespeare references with rapid-fire jokes and loads of improv, it’s a comedic tour de force for its leads, Ronald Baker, Antonio Daniels-Braziel and Riley Bayer.

“I told them that it’s going to feel like they ran a 5K when they’re finished,” Quillin says.

That’s even more fitting considering that the group will be performing the play several times, including performances Friday, Dec. 11, through Sunday, Dec. 13, at Kemper Recital Hall at Missouri Western State University.

The central premise of the show: Three men decide that they’re going to cover all of Shakespeare’s comedies, histories and tragedies in one performance.

“It is 90 minutes of nonstop hilarity,” Quillin says.

Much like the namesake of the play’s creators, everything Shakespeare has written is reduced to a small kernel, sometimes down to a rap song, cooking show or duel.

First introduced to the play several years ago, Quillin, a Shakespeare enthusiast, was overjoyed at the opportunity to helm it.

The play operates on very loose structures. There are parts the actors have to touch on and marks they have to hit. But for a large portion, it’s up to them what direction the show goes.

“What makes it different from anything else I’ve done is ... There’s a certain aspect of it where you say ‘OK, these are the parts we’re going to set in stone.’ But everything else about the show is completely left wide open to improvisation,” Quillin says.

That meant finding a cast who could not only get along but also establish a strong comedic shorthand.

For the auditions for the play, actors were asked to perform a monologue. On callbacks, they performed improv games.

“The callbacks were more like a frat party because we were joking around and having a great time and carrying on, sparking new ideas. Every time you’d give a scene to two people, they would play it a different way and it would go in a different direction,” Quillin says.

With the actors in the Missouri Western cast, Quillin feels they found the right combination.

“The chemistry and the level of connection that they have together, it shows. When you see the production, you’ll see what I’m talking about,” he says.

The group’s ability to communicate and follow each other’s lead is so low key, yet effective, that it plays perfect.

“There’s communication going on between these guys on the stage that no one else is aware of,” Quillin says.

Besides the improvisation, the play has something for everyone, both Shakespeare devotees and novices.

“You don’t have to know anything about Shakespeare to enjoy it. As a matter of fact, the show kind of pokes fun at the people who are Shakespearian scholars,” Quillin says.

Lumping himself into that latter category, Quillin says there’s a line in the play that always makes him laugh.

“(A character) thought the world of Shakespearean scholarship was only going to be about fast cars and hot babes. That’s so true,” he says laughing.

All of the Shakespeare