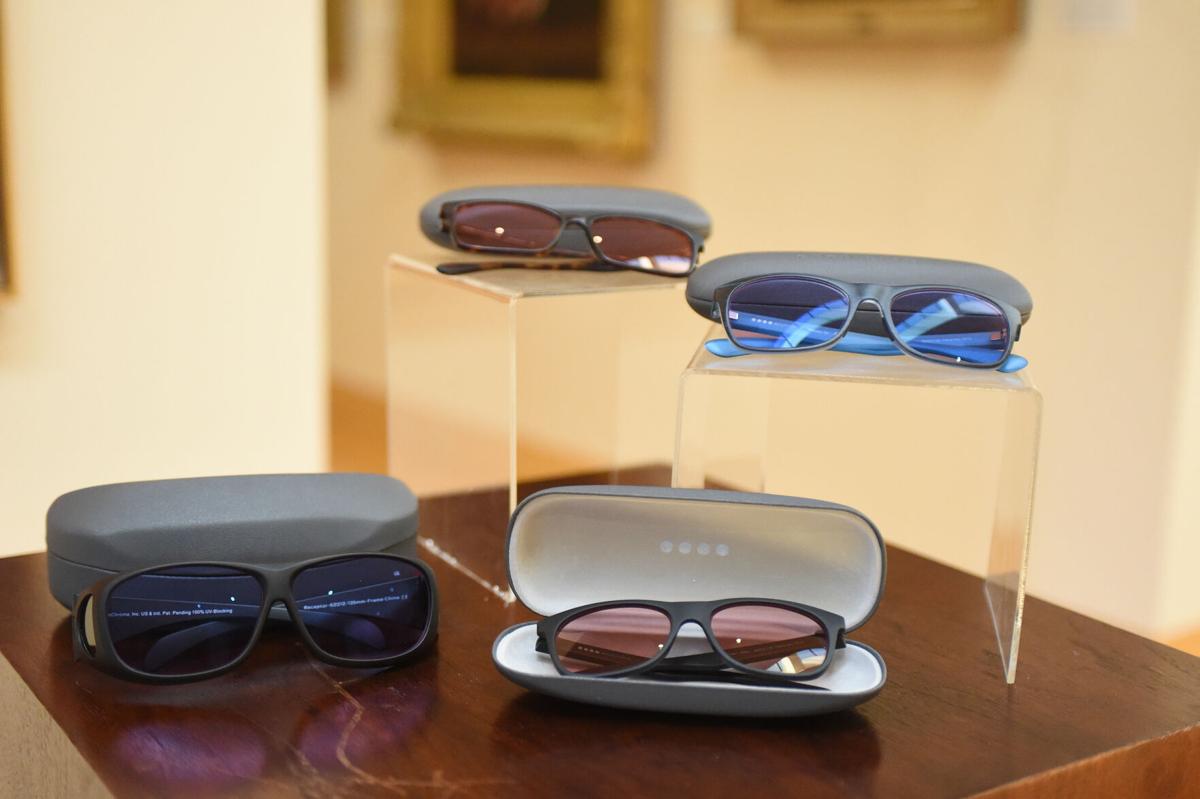 A line of EnChroma glasses at the Albrecht-Kemper Museum of Art will be unveiled at the museum at 2 p.m. on May 20. The glasses allow people with colorblindness to see a wider range of colors. 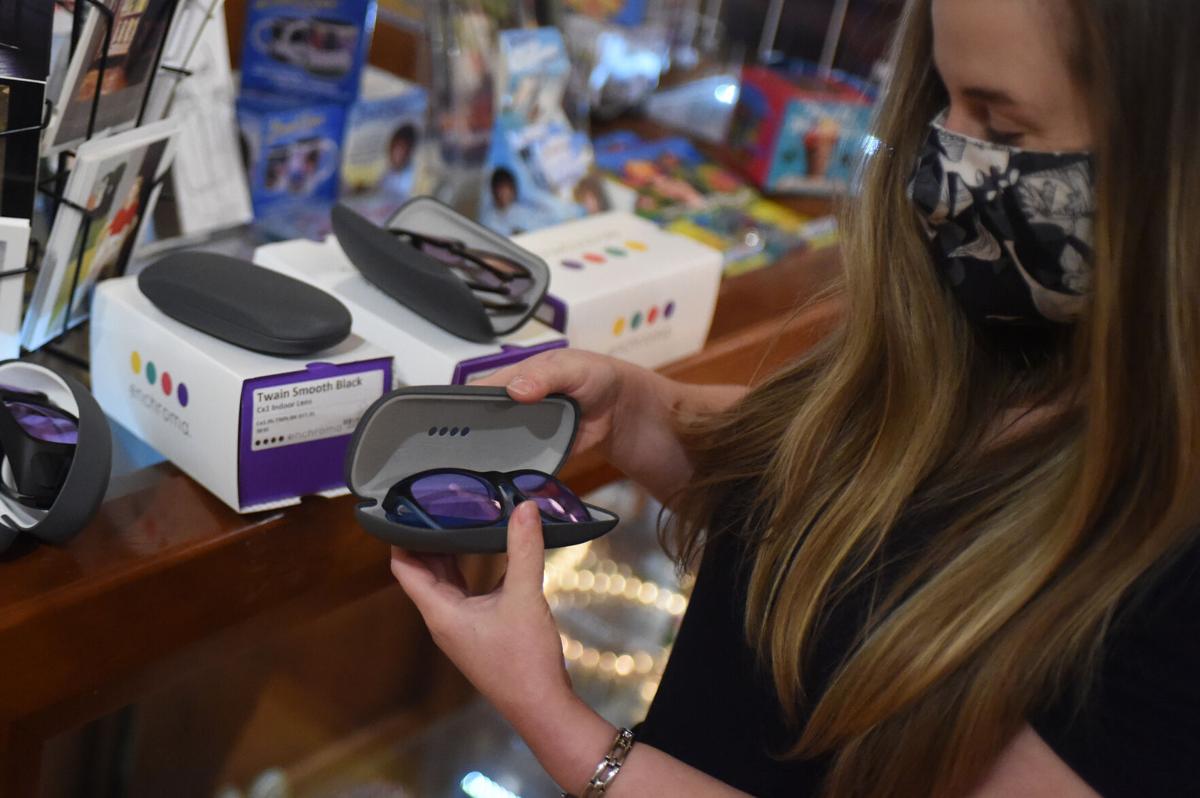 Jill Carlson, director of marketing and communications at the Albrecht-Kemper Museum of Art, checks out the new line of EnChroma glasses at the museum. They will be unveiled at 2 p.m. on May 20.

A line of EnChroma glasses at the Albrecht-Kemper Museum of Art will be unveiled at the museum at 2 p.m. on May 20. The glasses allow people with colorblindness to see a wider range of colors.

Jill Carlson, director of marketing and communications at the Albrecht-Kemper Museum of Art, checks out the new line of EnChroma glasses at the museum. They will be unveiled at 2 p.m. on May 20.

One piece of the Albrecht-Kemper Museum’s mission is to make art available for all people.

On Thursday, May 20, that will include people who are colorblind.

Starting at 2 p.m., the museum, located at 2818 Frederick Ave., will unveil its line of four EnChroma glasses, which will expand the palette that a colorblind person can see.

“We’re always trying to pinpoint ways that we can better serve our community. And part of the community is people who experience colorblindness,” Jill Carlson, marketing and communications manager at the museum, said.

With one in 12 men and one in 200 women experiencing colorblindness, the museum estimates about 3,4000 residents of St. Joseph’s near 80,000 population have some kind of color deficiency.

Watching testimonial videos of the effect the glasses had on colorblind people, Carlson said they’re overjoyed at the prospect of helping people see art from a new perspective.

“There was a really interesting video where someone using the EnChroma glasses said ‘I never understood why someone would stand for 20 minutes in front of a painting. It just was not that interesting to me. But then I put on the glasses, and I understood that there was a greater range of color that I was not seeing,’” Carlson said.

The project was spearheaded by Lisa Sprague, a former Albrecht-Kemper board member. Helping gather the funding to purchase the four different pairs of glasses, the museum was ready to debut them back in February 2020. Then the pandemic pushed it back a year.

With the help of EnChroma’s community outreach program, Sprague was able to get four pairs of glasses, with each covering a different range of colorblindness, including a pair for children and one that goes over eyeglasses.

“I think with these glasses, we’re going to be able to showcase so much more of why we collect art and then also be able to draw those people into the museum where perhaps in the past, they haven’t seen themselves,” Carlson said.

The acquisition of the EnChroma glasses makes the Albrecht-Kemper the second location in the state to have them available for colorblind visitors. Carlson said they’re proud to be able to help expand their visitor base.

“We all experience art differently. And that’s good to have sort of a diversity of experiences. This is just one way that we can help extend and expand someone’s view on what we have,” she said.

Those interested in participating in trying out the glasses are asked to contact Carlson at jcarlson@albrecht-kemper.org or at 816-233-7003 ext. 308.

The Shuffle: The Battle for Song of the Summer 2021

While the pandemic still storms through areas like St. Joseph, this is still widely-considered a “comeback summer” for humanity.