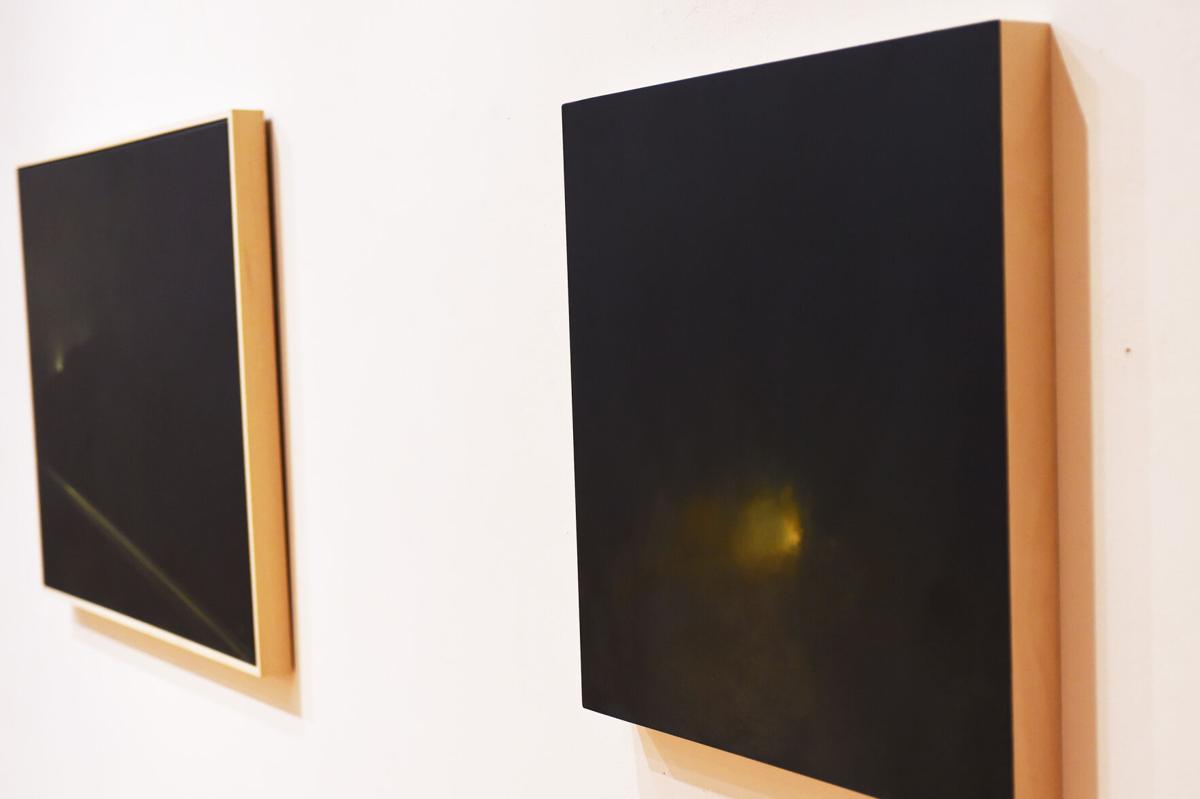 Two pieces from ‘Nocturnes’ by Derrick Breidenthal hangs on a wall at the Albrecht-Kemper Museum of Art. The pieces will debut on Friday.

A piece from Ben Weddle’s ‘Panoramics.’ 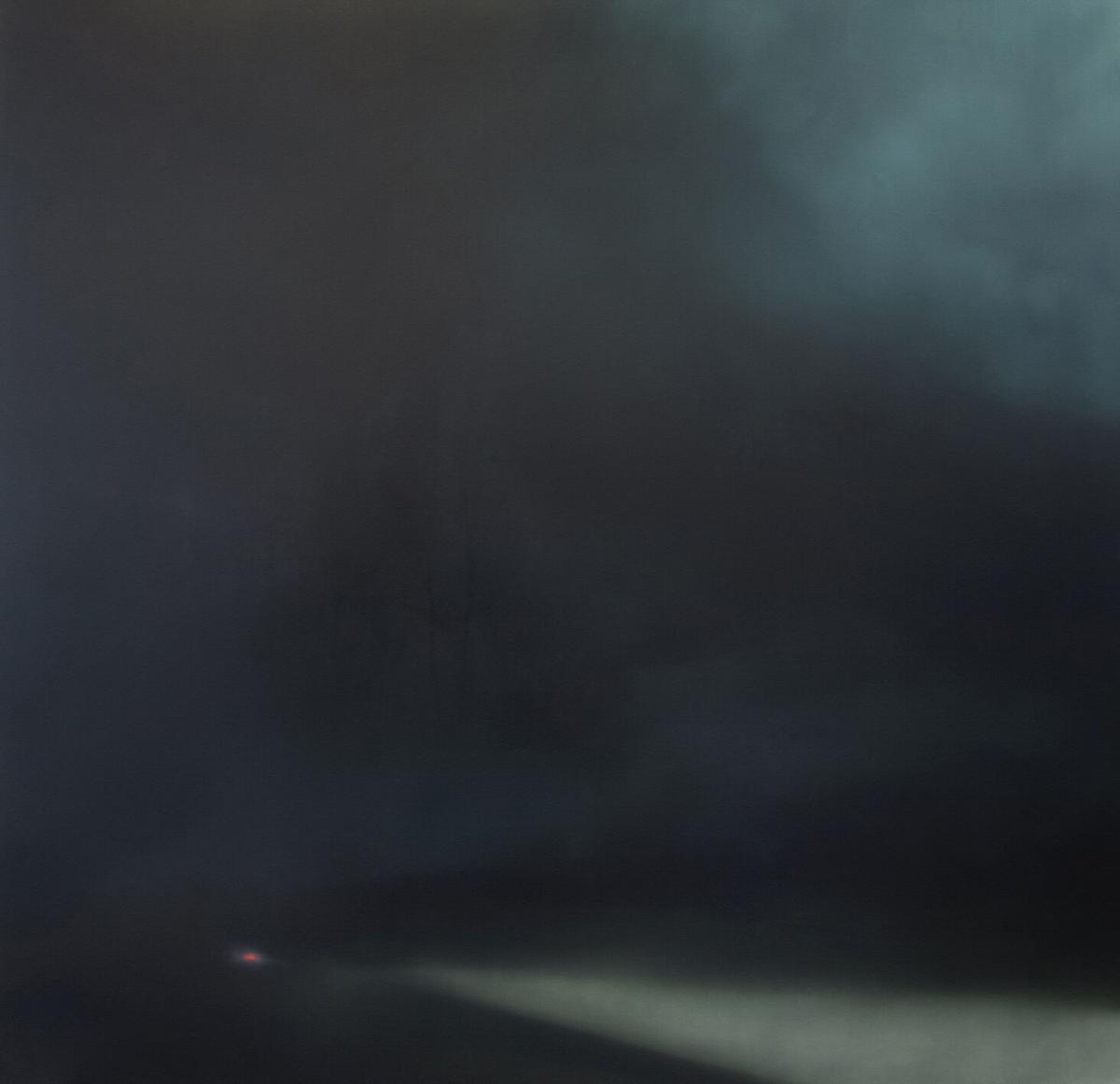 This photo shows a piece from Derrick Breidenthal’s ‘Nocturnes.’

Two pieces from ‘Nocturnes’ by Derrick Breidenthal hangs on a wall at the Albrecht-Kemper Museum of Art. The pieces will debut on Friday.

A piece from Ben Weddle’s ‘Panoramics.’

This photo shows a piece from Derrick Breidenthal’s ‘Nocturnes.’

The Albrecht-Kemper Museum of Art always has been about showcasing different views, sometimes of the same thing.

Its two latest exhibits, “Nocturnes” by Derrick Breidenthal and Ben Weddle’s “Panoramics” both center around outdoor landscapes and environments, but in wildly different ways.

Both exhibits will open with a limited reception from 4 to 7 p.m. Friday, Jan. 15, at the museum at 2818 Frederick Ave. Masks and social distancing are required.

In Breidenthal’s exhibit, the outdoors are dark, subtle and velvety, as he captures nocturnal scenes of beauty through his paintings.

“They pull you into this (environment). You kind of go into this and imagine times you’ve been out on an isolated road at night or you’re in your backyard at night, and there’s no light around that, that kind of experience we’ve all had,” Megan Benitz, exhibitions manager, said.

The exhibit was conceived out of Breidenthal’s insomnia, with him wanting to capture feelings of solitude, beauty and disorder through his work with oils. In order to depict it, he had to use methods of diffusing and blending to marry the light of the moon or lights cresting hills in the dark of night.

“There’s a bit of mystery like, what’s that light that’s just overhead? Is it another car? Is that a farmhouse? Is that the first lights of a town like what? What is in the distance?” Benitz said.

The exhibit will include 25 pieces, including three large works.

True to its name, “Panoramics” will feature four large-scale photographs of beautiful, sweeping rural landscapes, some with people in them and others of silos and cornfields.

“Because of their size, they’re realistic, and they’re different. But it’s going to be a bit of the same feeling of pulling you in right now,” Benitz said.

Jill Carlson, marketing and communications manager for the museum, said the massive size of each photo in Weddle’s collection, measuring 10 feet by four feet, allows the viewer to get immersed in each piece.

“You can really come up close enough to them, and be lost in them. So if people are looking for a vacation and new vista, a new place to go, it’s right here,” she said.

With 30 years of experience, Weddle, a St. Joseph native, said he admired the life and landscape of the cowboy lifestyle, but prefers to capture it, rather than live it.

“I can’t lasso a fence post, and a couple hours ride leaves me chafed and bowlegged. My time is better spent behind a lens,” he said in his bio.

Benitz sees the two exhibits as an escape from the norm, putting the audience in a whole new environment.

“These are going to give you a bit of an escape and look at a new place when we’ve all been limited in where we can go and what we can do, what we’ve been looking at,” she said. “They’re going to invite your imagination and go and kind of transform where you’re at.”

The shows will open with a small reception Friday. Benitz and Carlson said the expansiveness of the pieces should allow for social distancing and reflection.

“(You can) be by yourself (or) you and your friend or family member that you come with, you can totally immerse yourself in these,” Carlson said.

Both exhibitions will be open until April 11. They will be available to view during regular business hours from 10 a.m. to 4 p.m. Tuesday through Friday and from 1 to 4 p.m. Saturday and Sunday. For more information, call 816-233-7003.

The Shuffle: 2021's most anticipated entertainment

I’ve spent the past month looking back on 2020. Let’s move on to the future!