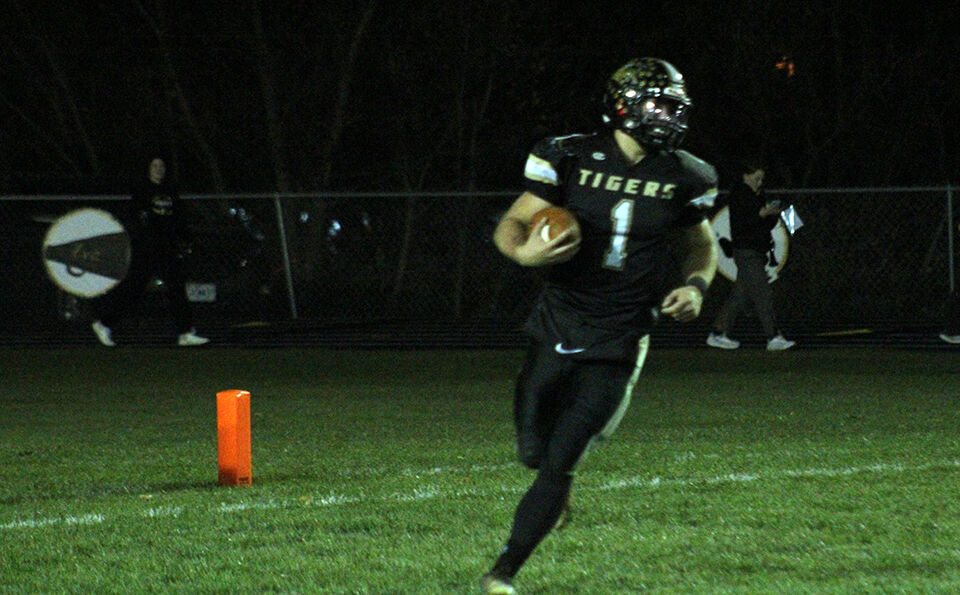 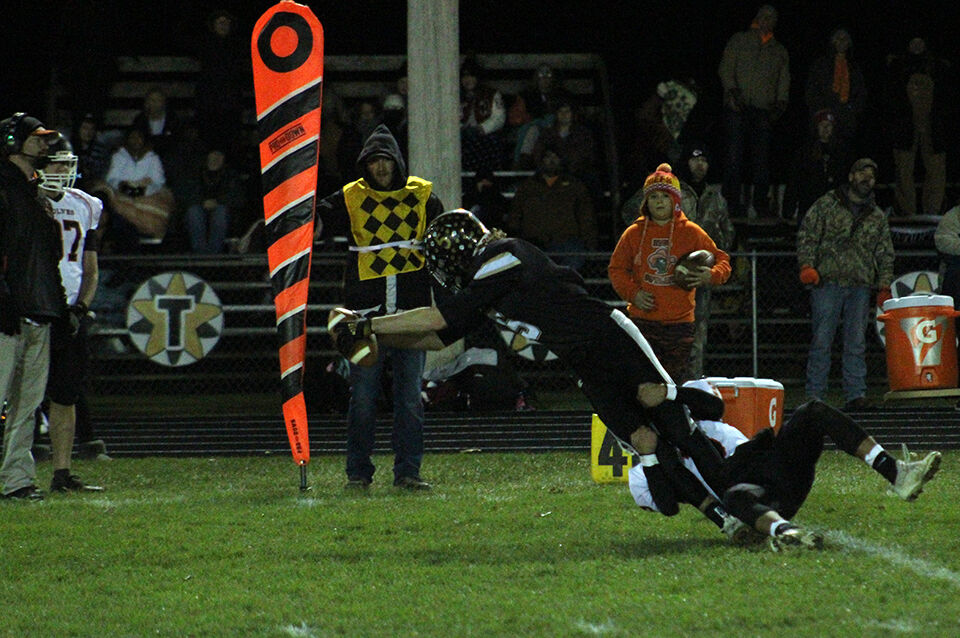 Worth County's Dylan McIntire stretches for a first down Friday night against East Atchison in Grant City, Missouri. 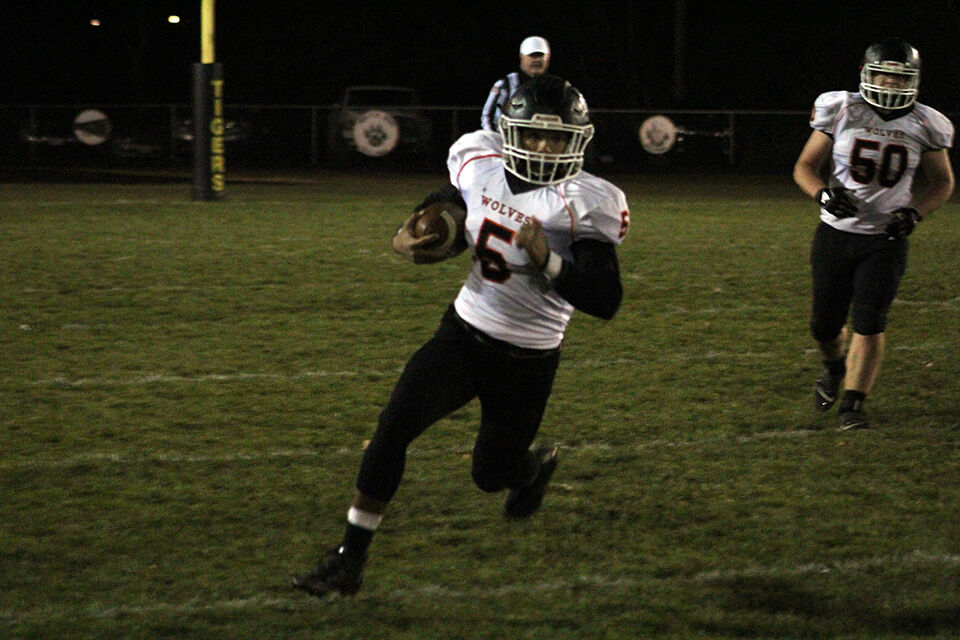 Worth County's Dylan McIntire stretches for a first down Friday night against East Atchison in Grant City, Missouri.

GRANT CITY, Mo. — The Worth County Tigers earned a trip back to the state playoffs Friday night with a 76-42 win over East Atchison.

The Tigers, one of the state’s original blue bloods, had gone three years without a title. It was the program’s longest drought since 2001-2003.

“It means a lot because this has been my dream since day one,” Worth County quarterback Aydan Gladstone said. “Getting to state is a bigger dream, but we got here by working together and staying positive.”

Gladstone and fellow senior Alex Rinehart began their varsity careers together in 2019, taking over a team that finished second in the state the year before. On Friday night, the Worth County seniors combined for nine touchdowns in their final game in Grant City.

“There was a little more added pressure because you never know when it’s going to be your last game,” Rinehart said.

No. 1 Worth County (12-0) began the game by forcing a three-and-out; two plays later the Tigers took the lead on a 59-yard touchdown run by Gladstone. The defense then forced a turnover on downs and Gladstone added his second touchdown of the night just six minutes into the first quarter.

The Worth County quarterback had 104 yards and three touchdowns on his first five carries of the game.

The Wolves made it a one-score game with 1:42 left in the first quarter on a 26-yard touchdown run from senior running back Kaylin Merriweather. Two plays later, Gladstone scored his third touchdown of the quarter--this one a 35-yard run.

East Atchison (10-2) found success early in the second quarter offensively, scoring two touchdowns on the offenses first play of the drive. Jarrett Spinnato scored on a 51-yard run, then Merriweather rushed for a 65-yard touchdown.

“Defensively, we struggled with overflowing, missing tackles and just not being in the right place,” Rinehart said.

The defense’s biggest stops came from junior defensive back Dylan McIntire. The Worth County corner had two first half interceptions and three total Friday night.

The Wolves held Rinehart to 24 yards on his first seven carries. It was on the senior’s eighth carry that the game turned for both him and his team.

Rinehart rushed for 17 yards on that carry, then scored his first of six touchdowns on the next carry. It was the first of three-straight carries that ended in a touchdown. Rinehart finished with 229 yards and six touchdowns on 21 carries.

“Early on, I was just happy to see the team and Aydan succeeding,” Rinehart said.

As for the later success, “It felt pretty good,” Rinehart said.

The Tigers will travel to face the undefeated North Shelby Raiders at 2 p.m. next Friday. The Raiders advanced with a 60-12 win over St. Paul Lutheran Friday night.

“In the preseason, we weren’t ranked like we thought we should have been,” Rinehart said. “So we just came in and worked harder than everyone else and I think that shows.”