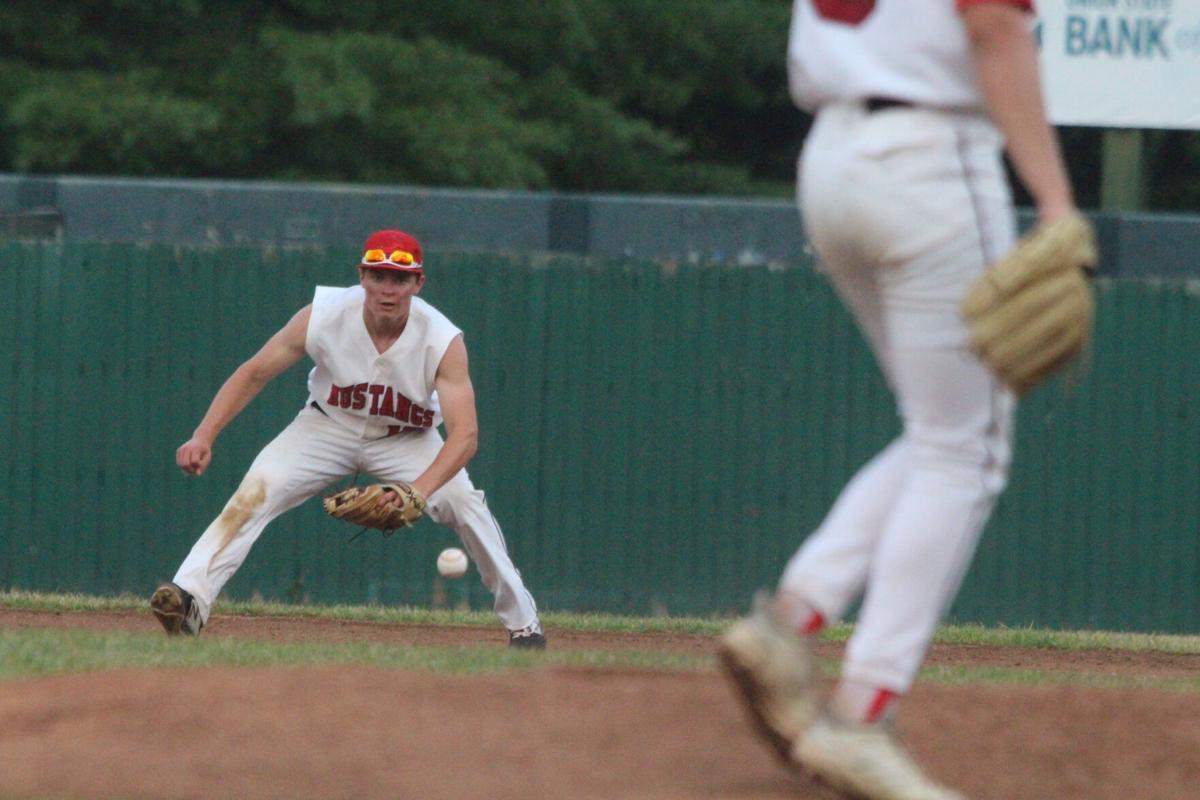 Mustangs second baseman Noah Bodenhausen picks up a ground ball in the fifth inning of their game against the KC Monarchs on Friday at Phil Welch Stadium. 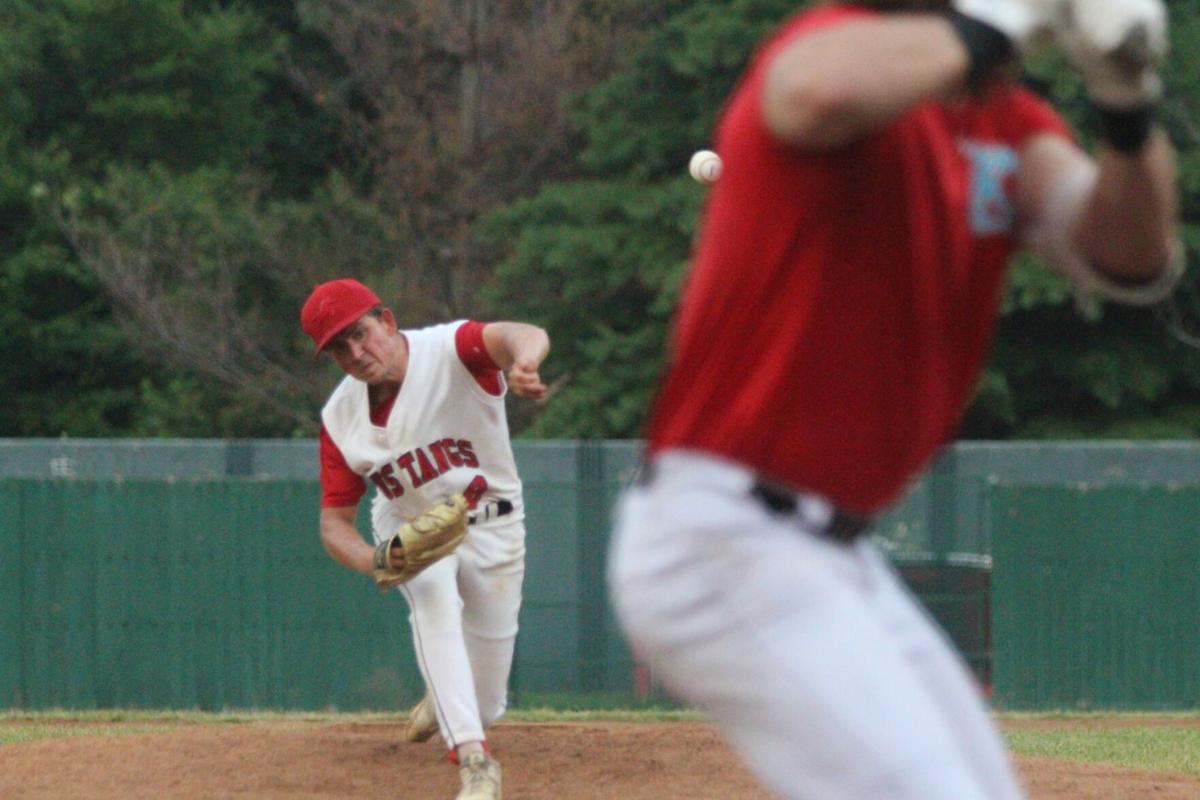 Mustangs pitcher Dawson Smith throws against the KC Monarchs in the fourth inning of their game on Friday at Phil Welch Stadium. 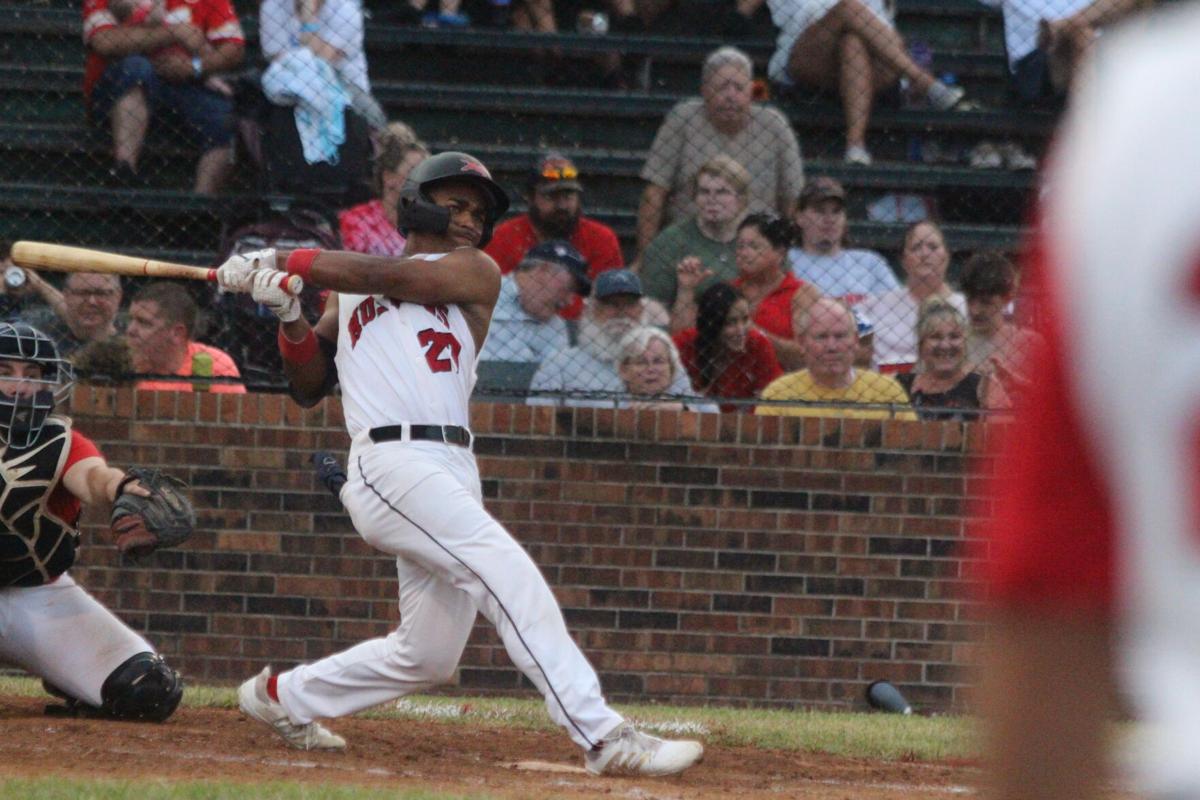 Mustangs second baseman Noah Bodenhausen picks up a ground ball in the fifth inning of their game against the KC Monarchs on Friday at Phil Welch Stadium.

Mustangs pitcher Dawson Smith throws against the KC Monarchs in the fourth inning of their game on Friday at Phil Welch Stadium.

The Mustangs certainly didn’t light up the scoreboard in their 2-0 victory over the KC Monarchs on Friday at Phil Welch Stadium, but a stifling performance from Central alum Dawson Smith on the mound ensured that the Monarchs were unable to complete even a meager two-run rally.

Leadoff hitter Ryosuke Tada connected on a double in the first at-bat of the game for St. Joseph (19-14, 16-13 MINK), and was driven in by another double courtesy of first baseman Sean O’Malley later in the inning. It was the only score in the first six and a half innings of the contest.

With the bats struggling, Smith and the defense had to up their game. Smith struck out seven across eight innings and the fielding was immaculate, resulting in the Monarchs only advancing past second base a single time through the duration of the contest.

This game was an emotionally significant one for Smith.

“It was a lot of fun, to come out there and throw eight scoreless innings,” he said. “My dad was able to coach tonight, my parents live down in Florida, so it was a cool experience to get to pitch in front of a lot of friends and family tonight.”

Coach Johnny Coy noted the depth of Smith’s pitching arsenal, and how it came together to manifest in this performance.

“Dawson was lights out. His curveball was working, his fastball was working, when you continue to keep batters off balance with that off speed it makes the fastball even faster,” Coy said. “He was able to do that all night and throw consistently for strikes and when you can do that, there isn’t much a hitter can do.”

In the seventh, the Mustangs were finally able to drive in an additional run to improve upon their tenuous one score lead. Outfielder Derrick Mayes II turned a single into a scoring opportunity after an error from the Monarchs and a stolen base.

Smith then stepped into the batter’s box and drove in his own insurance run, connecting on a single that became a double after an error from the shortstop.

Now 6-2 in their last eight games, Coy spoke on what has changed for a team that just a week ago appeared to be in a rut.

“Guys got re-energized. We got two off days because of rain, they came back super excited. I saw them in the clubhouse and knew we were going to go on a run because guys were just excited and having fun,” he said. “Once they settle in, keep having fun, everything will be fine.”

The Mustangs will return to MINK League play against Sedalia on Saturday at Phil Welch.