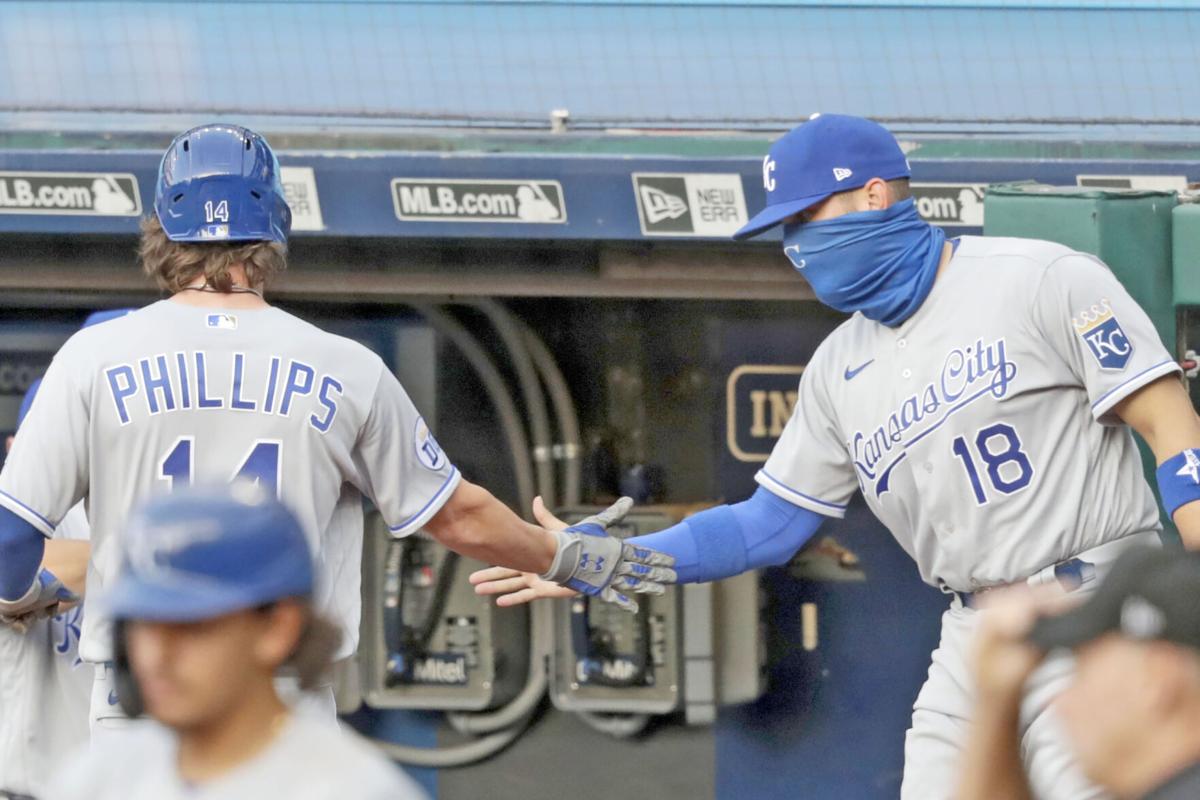 Kansas City Royals’ Brett Phillips, left, is congratulated by Oscar Hernandez after scoring in the 10th inning against the Cleveland Indians on Saturday in Cleveland. 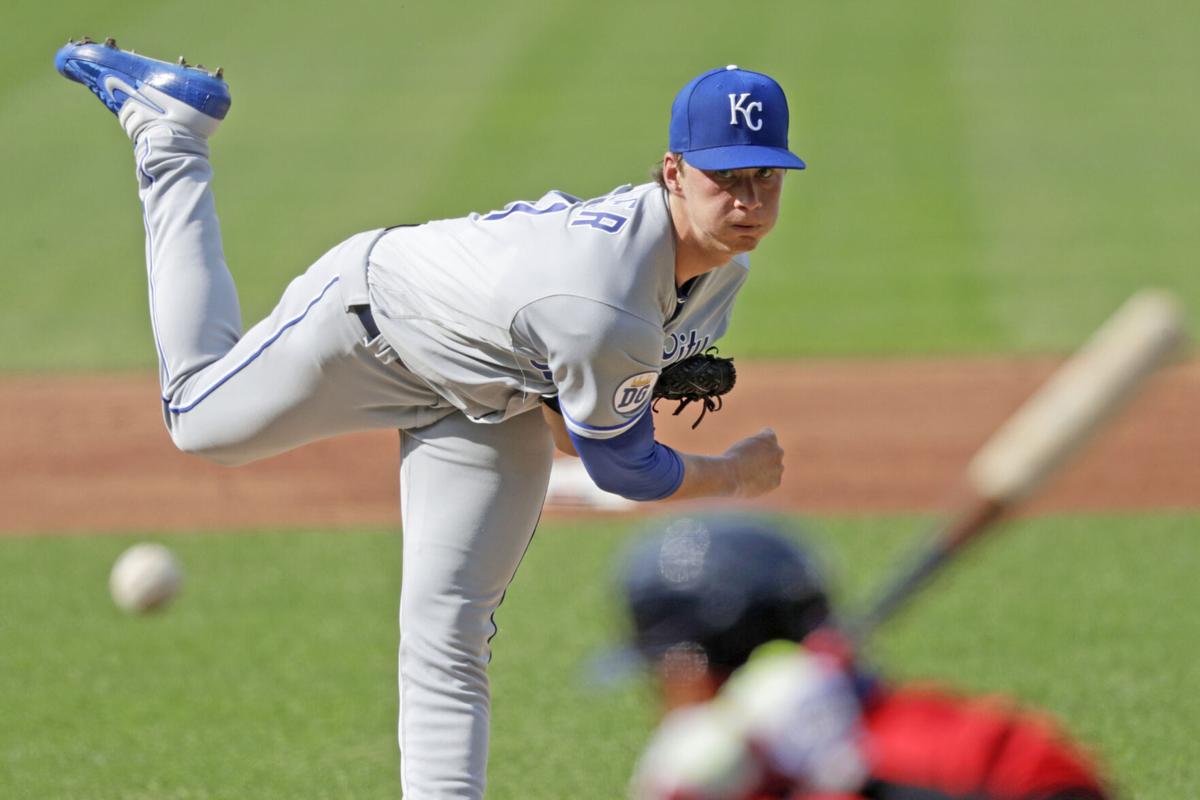 Kansas City Royals’ Brett Phillips, left, is congratulated by Oscar Hernandez after scoring in the 10th inning against the Cleveland Indians on Saturday in Cleveland.

CLEVELAND — Greg Holland struck out the top of Cleveland’s order to strand the tying run at second base and Maikel Franco hit a sacrifice fly in the 10th inning to give the Kansas City Royals a 3-2 win over the Indians on Saturday in just the third major league game decided by the debated extra-inning runner rule.

With Greg Allen on second, Holland fanned César Hernández and José Ramírez before getting All-Star Francisco Lindor to chase strike three in the dirt for the final out and the most unique save of his career.

The Royals could be heard whooping it up as they poured out of the dugout, with Mike Matheny posting his first win as Kansas City’s manager — a win he knows some will say deserves an asterisk.

“I love it. I hope we do it tomorrow,” he said, referring to the automatic-runner rule, which has been used in the minors. “Though actually that’s not true. I hope we have a bigger lead. I know I have been a proponent for it, and I know baseball traditionalists are rolling over right now.”

Despite being 1 for 9 to open the season and not delivering in the clutch, Lindor likes the rule.

Indians starter Mike Clevinger is on the other side of the debate.

“This isn’t travel ball,” he said. “You know how hard it is to get a runner on second base off the back end of any bullpen, how incredibly hard that is? I’m not happy about it. I’m sure when other teams face the situation and this happens to them, you’re going to get similar reactions.”

Holland’s performance provided a fitting ending for the Royals, who got an excellent start from Brady Singer in his big league debut. Reliever Scott Barlow struck out two in the ninth to get the win.

The Indians got just one hit after the third inning and finished with just four.

“We have a good team,” Lindor said. “We’re going to hit. Their pitching staff was doing a good job. Hats off to them.”

Cleveland, which left the bases loaded in the ninth, went with a different strategy in the 10th as manager Terry Francona let leadoff hitter Bradley Zimmer swing away and he got hit. But Hernández couldn’t get down a bunt before Holland got him.

The Indians still looked to be OK with Ramirez and Lindor coming up, but Holland didn’t let them make contact.

Clevinger came in 9-0 in 13 career starts against the Royals, but two bad pitches — and a check-swing — in the first prevented him from getting his 10th win.

With two outs, Soler checked his swing on a 2-2 pitch, and with the count full he pulled Clevinger’s slider into the left-field stands. Two pitches later, Pérez followed with a towering, 434-foot shot into the empty bleachers.

The 23-year-old Singer held the Indians to two runs and three hits with seven strikeouts in five innings. The first-round draft pick in 2018 looked composed and comfortable in his first outing.

“Exactly what the doctor ordered for our club,” Matheny said. “He didn’t get rattled in that third inning. A little bit unlucky, some balls found some holes and a couple calls didn’t go his way, but a lot of composure for 23 years old.”

The Royals weren’t expecting to bring up Singer this quickly, but with starters Brad Keller and Jakob Junis both sidelined after testing positive for the coronavirus, the club decided it was time to see him.

Indians right-hander Carlos Carrasco makes his first since May 30 last season, shortly before he was diagnosed with leukemia. Carrasco returned to pitch in relief late in the season, but he’s back in Cleveland’s rotation. Matheny hasn’t announced his starter for Sunday’s series finale.