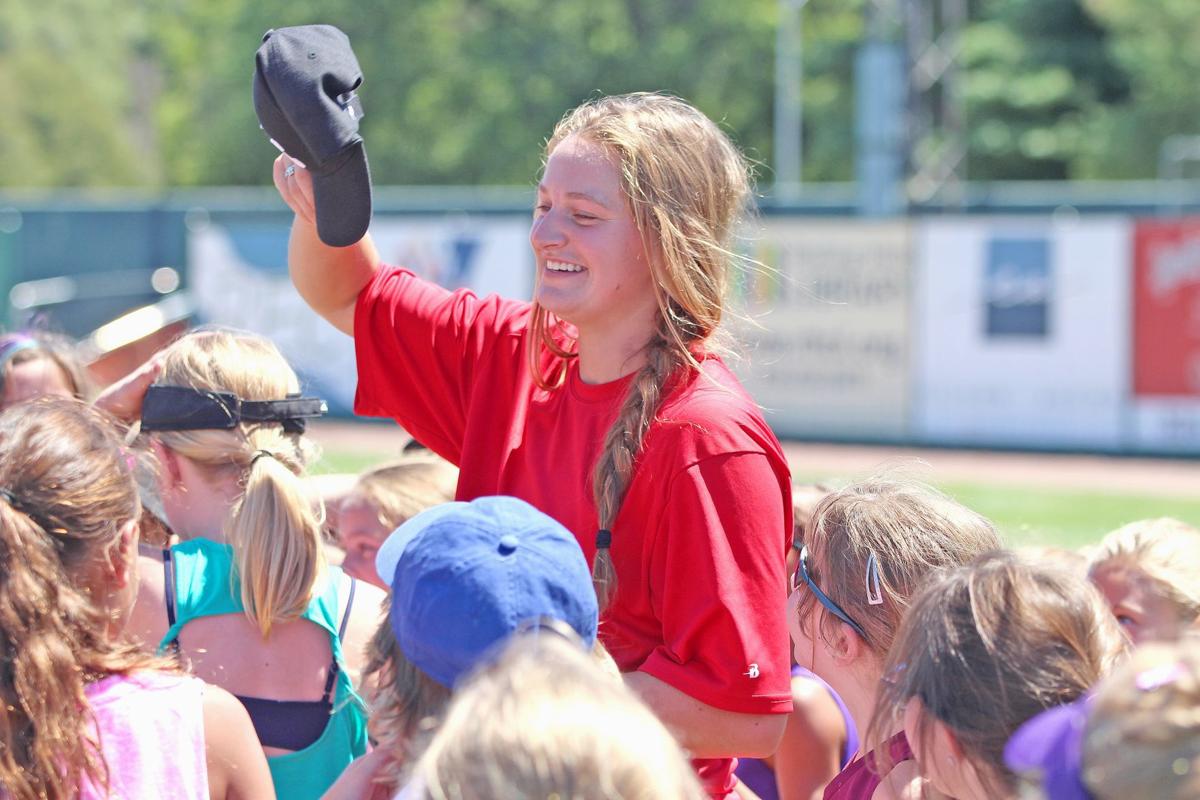 Regan Nash smiles while standing amongst a group of youth softball players during her free camp Saturday afternoon at Phil Welch Stadium. 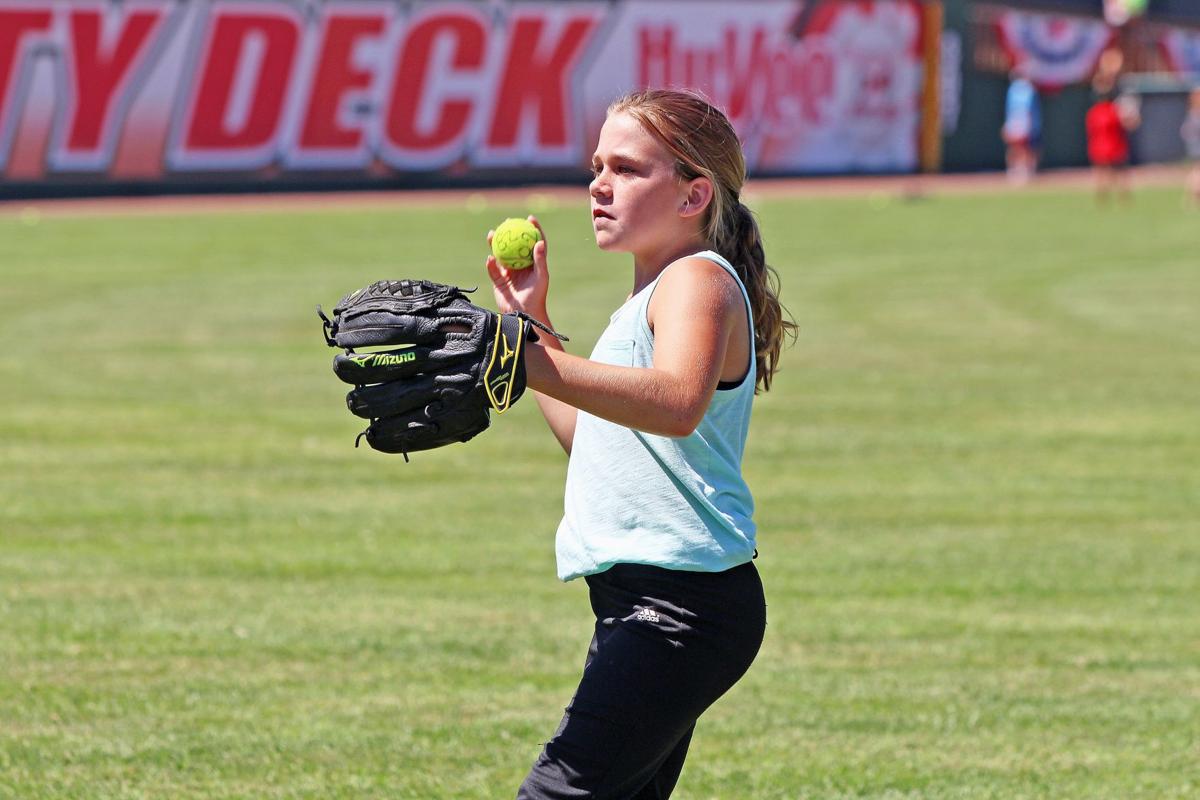 Regan Nash smiles while standing amongst a group of youth softball players during her free camp Saturday afternoon at Phil Welch Stadium.

When Regan Nash began her summer internship with the St. Joseph Mustangs, the summer baseball club figured she would reach the community through the team’s social media accounts.

But from suiting up with the team, making rounds with the media, to hosting a free softball clinic for young girls Saturday, the North Platte graduate has interacted with the area in more ways than imaginable.

“When she came on for this internship, we had no idea what was going to happen. A couple weeks ago she proposed the idea of this camp,” said Mustangs general manager Ky Turner.

“Just to walk out and see 100-plus girls smiling out here today is just a testament to the impact Regan has had in her brief period with us. We just can’t say enough great things about her. Regan’s not only served as a positive role model, but she’s been able to bring awareness to a lot of opportunities that maybe women don’t have.”

Nash’s ‘Girls in the Game’ softball camp, held for girls ages 6 to 12 at Phil Welch Stadium on the day of the final regular season game of the year, saw every spot filled in less than 24 hours. Young softball players had to be turned away, though it broke the Mizzou outfielder’s heart to do so.

But seeing the faces light up on so many who now look up to her — the first female to play for a MINK League team — brought her journey full circle Saturday.

“It was so much fun. All the girls were amazing and had fun with the players today,” Nash said. “That’s all that matters, that they had fun.”

One of the best high school softball players in state history, Nash brought a one-of-a-kind opportunity to learn softball from a Division I athlete for free to St. Joseph.

Seeing girls catch fly balls, hit from tees, and even run through the sprinklers with Nash, reminded her of her roots.

“I’ve been there. I was in their shoes,” Nash said while flashing a smile. “Hopefully they can do as good as I did.”

While she catches the attention of fans in Columbia, Missouri, as she prepares for her senior season as a likely All-SEC pick, her fan base and support group in the St. Joseph area has spread rapidly with her presence this summer.

“My daughter’s at home, she’s drawing pictures of Regan dressing up as a Mustangs player and writing things in her notebook about how she loves Regan Nash,” Turner said of his daughter, Klarabelle. “As a father, it’s really neat to see her serve as a positive role model.

“It’s just nice to have someone like Regan for my daughter to look up to.”