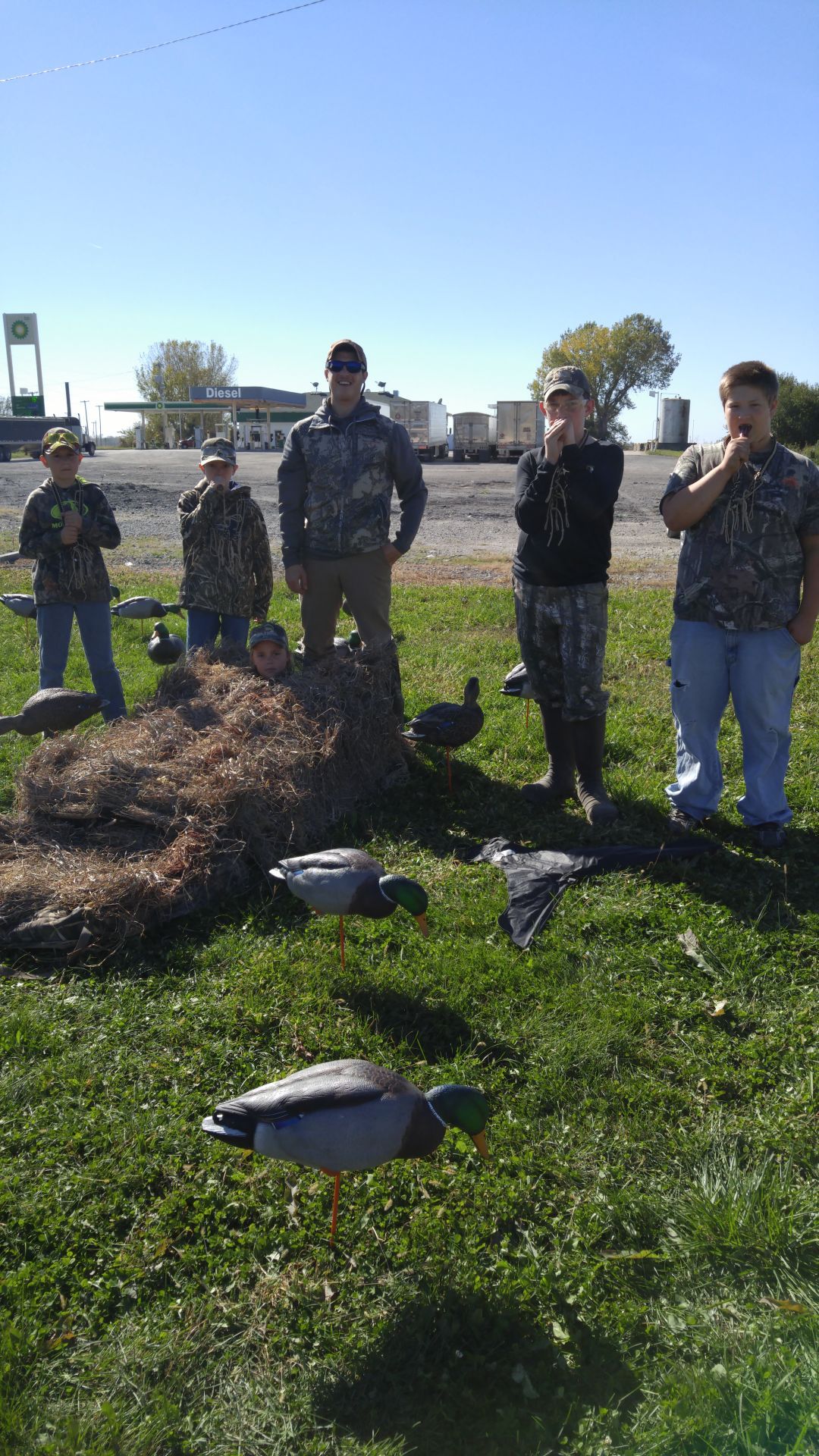 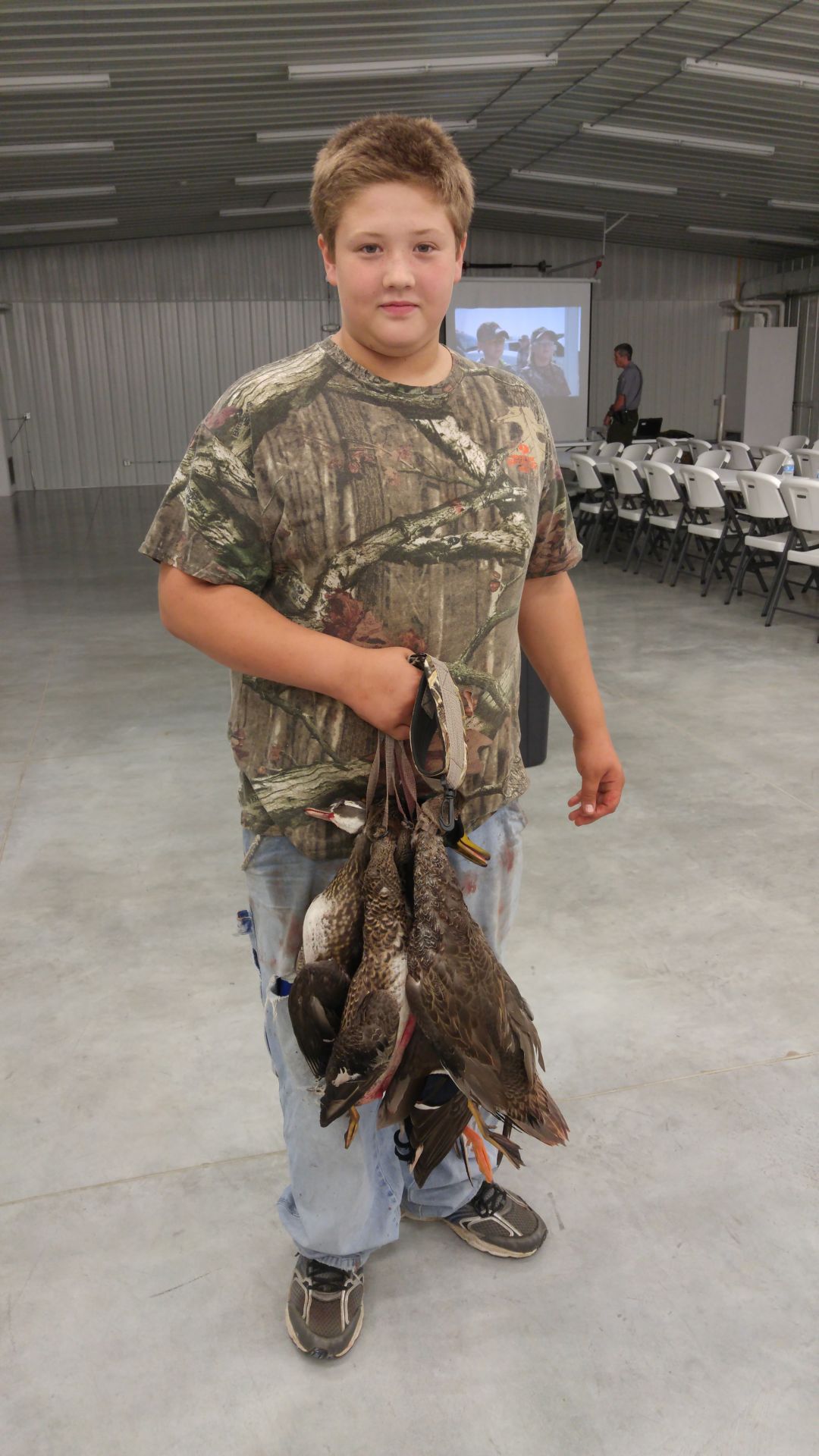 Young hunters from across the region shot their first bird of the season at private duck clubs during the fifth-annual Big Muddy Duck Hunt held last Saturday in Mound City, Missouri.

Local duck clubs in the county supported the clinic during opening day of the youth waterfowl hunting season by donating funds, providing hunting blinds and serving as guides.

The Missouri Department of Conservation, along with private donations from local outdoorsmen, sponsored the free hunting clinic during the youth portion of the duck hunting season, which was guided by some of Missouri’s most experienced waterfowl hunters.

Twenty-two youth attended the free event, including those from Big Brothers Big Sisters of Greater St. Joseph, members of the 139th Airlift Wing at Rosecrans Memorial Airport and those from Offutt Air Force Base in Nebraska.

Attendees range between 10 and 15 years old each year.

Jade Wright, Holt County conservation agent, said the conservation department started the clinic, along with Bill Hutting, with the goal of introducing the sport to youth.

“We want this clinic to be a memorable experience for kids and we have found it does make a difference because it introduces them to successful waterfowl hunting and they continue after it’s over,” Wright said.

During the clinic, the youth were educated on duck hunting by attending five stations that were designed to teach how to safely and effectively harvest the birds. The stations included duck calling, duck identification, hunting regulations, waterfowl habitat management and preparing waterfowl for food.

The Jones County Chapter of Ducks Unlimited in Iowa supplied a duck call and lanyard to each participant.

In addition, there were beginning and intermediate shooting skills stations that allowed the youth to learn how to safely and confidently use a firearm.

“The intermediate shooting station simulates what’s going to happen during a hunt from a blind,” Wright said. “We have a blind where they start in a seated position and have to come up and make the shot with the targets coming toward them.”

After the education stations, the kids were taken on a hunt at private duck clubs adjacent to Squaw Creek National Wildlife Refuge with a guide and safety coach.

Zach Moore and his father Troy Moore bagged five birds at a private duck club during the event. He also participated in the hunt last year and harvested two birds.

“When we were out there, we would see a flock of pintail flying in and then a couple minutes later there would be a flock of wood ducks and then one mallard drake would fly over,” Zach Moore said.

He took home three gadwall, one wood duck and one mallard.

Caleb Lucas, 12, and his father Jon Lucas from Atchison County attended the event for the year. The duo has hunted for species such as deer and turkey on previous occasions.

“I liked the shooting stations because I learned a lot and it was a good challenge,” Caleb Lucas said.

Casey Lozier from Offutt Air Base in Nebraska attended the clinic along with his son Andrew.

“I’m very appreciative of all the folks here volunteering their time,” Casey Lozier said. “It’s pretty awesome what they do at this event. It’s amazing the volunteer efforts and the time donated.”

Each attendee of the clinic was given a care package that included items such as a duck carrier and hunting equipment.

Wright said the event committee is in the process of collecting private donations to purchase a trailer to store the equipment for the waterfowl hunt so the clinic can be open to other organizations in Northwest Missouri.

Lunch was provided by Quackers Bar & Grill in Mound City and dinner was catered by the Mound City Kiwanis Club.