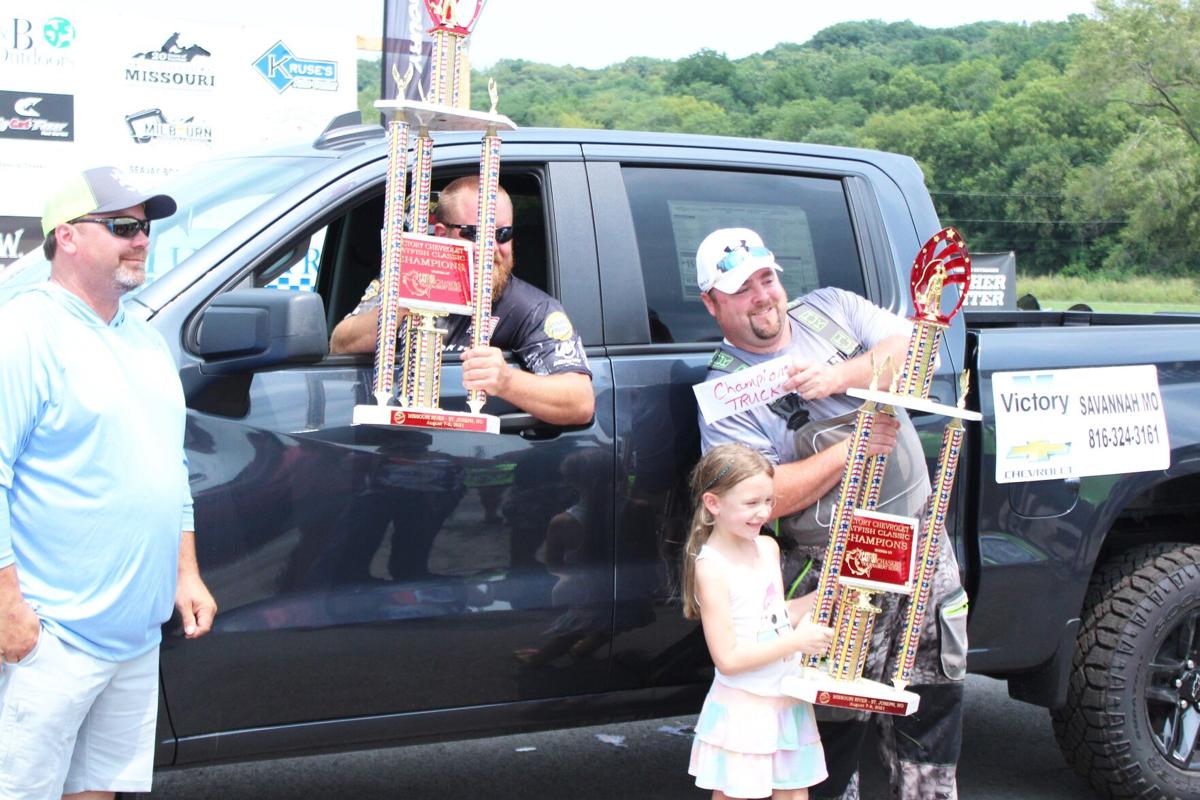 Casey Hayes and Dustin Sturgis celebrate with their trophies and new truck after winning the Catfish Chasers Tournament. 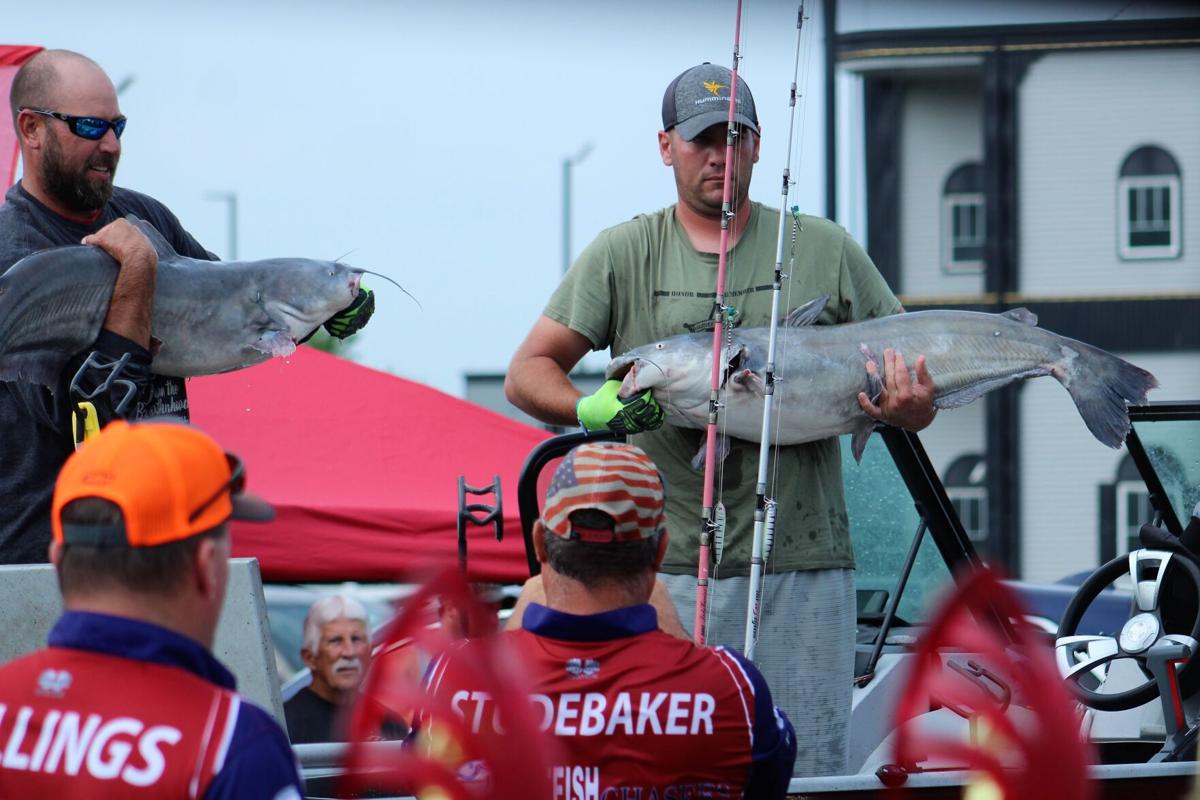 A team shows off their two biggest catches last Sunday at the Missouri River. 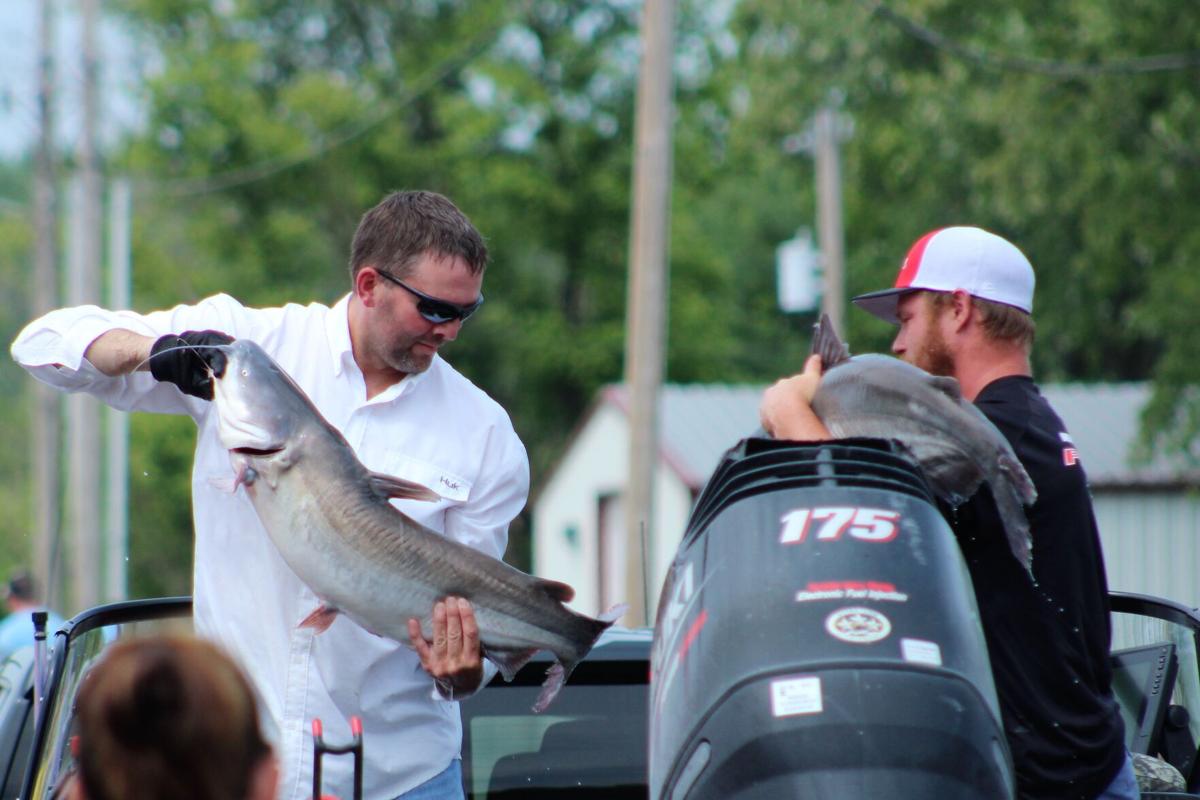 Derek Allen and Danny Mayer hold up their fish last weekend at the Catfish Chasers Tournament. 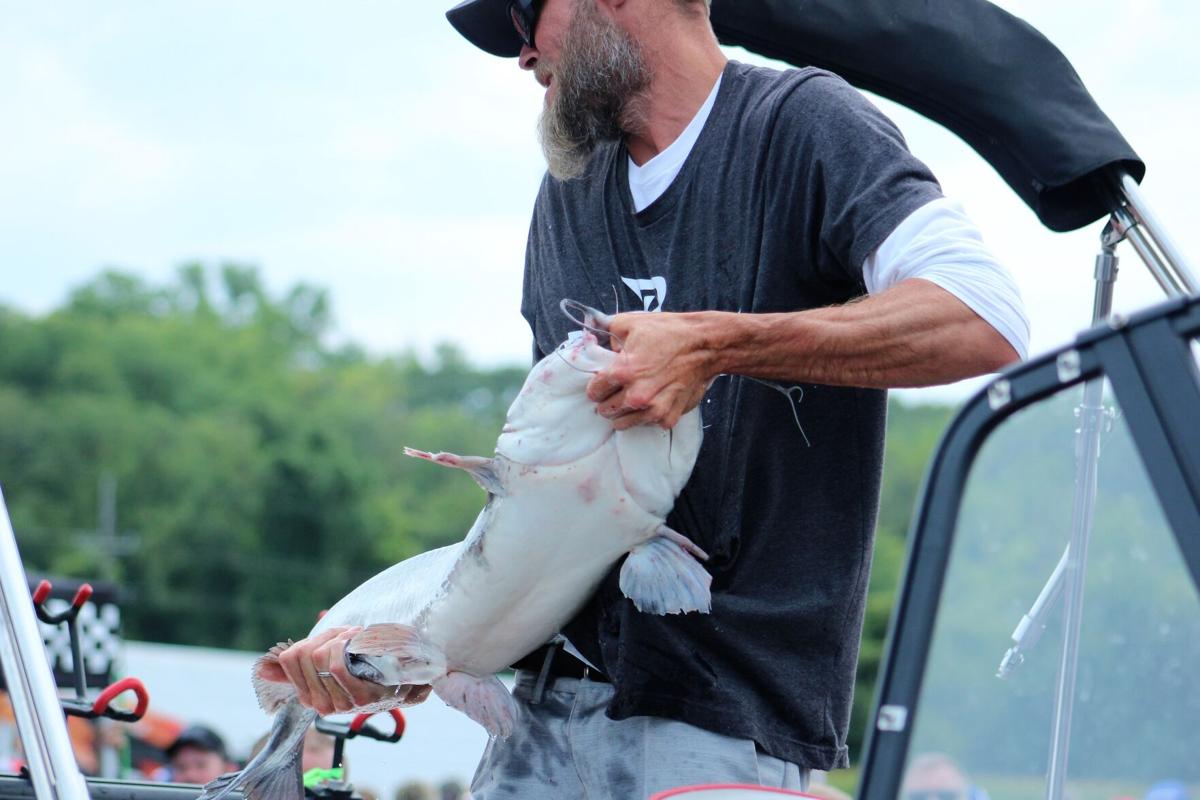 An Iowa man retrieves his catch from the night before at the Catfish Chasers Tournament last weekend.

Casey Hayes and Dustin Sturgis celebrate with their trophies and new truck after winning the Catfish Chasers Tournament.

A team shows off their two biggest catches last Sunday at the Missouri River.

Derek Allen and Danny Mayer hold up their fish last weekend at the Catfish Chasers Tournament.

An Iowa man retrieves his catch from the night before at the Catfish Chasers Tournament last weekend.

The Catfish Chasers Tournament Series brought more than its share of excitement to the St. Joseph area last weekend.

Anglers came into the tournament with the understanding that fishing the Missouri River would be a challenge, but the task of reeling in catches became even more difficult as the 200 boats dealt with poor weather throughout the night.

“We both experienced the worst weather that we could ever imagine,” fisherman Casey Hayes said of himself and his partner. “We had probably an hour to an hour and a half of 70 mile an hour winds and torrential rain.”

Hayes and teammate Justin Sturgis didn’t let the rain stop them from bringing home a first-place finish on Sunday morning. The St. Joseph natives caught 171 pounds worth of catfish, the biggest of the group weighing in at 58 pounds.

Hayes said he spent the previous week on the river searching for prime spots and doing as much field research as he could.

“I was on vacation all last week and spent it all out there on the river,” Hayes said. “I spent it scouting, pre-fishing and putting in all the time and effort that it takes.”

The duo said they’ll have to figure out what they’re going to do with the prize money and new truck awarded to them by Victory Chevy.

“We’ve got to go talk about that because we haven’t figured that one out yet,” Sturgis joked.

The weekend’s biggest catch went to a man who has had his fair share of success at catching monster catfish. James Edminston of Shawnee, Kansas, reeled in the biggest catfish of the weekend with a 71-pound blue cat.

“We caught him with some Asian carp, and it took about 15 minutes to reel him in,” Edminston said.

The veteran angler held the Kansas record for the biggest blue catfish caught on a rod and reel. Edminston caught a 94-pound catfish in 2000.

Teams like Edminston and Rocky Cannon spent around 19 hours in their boat. The team said they hit the water at 3:30 p.m. Saturday to begin fishing for bait.

Second place in the Catfish Chasers Tournament went to Phillip Nordmeyer and Michael Suttner. The duo came up 10 pounds short of first place with catches that totaled 160 pounds.

Third place in the tournament went to Derek Allen and Danny Mayer. The group brought in 143 pounds of catfish to the scale.

Coming in 12th were Jimmy Horner and Justin Wendt, but it was the third member of their group who was the biggest winner. Ty Horner received the award for best youth fisherman at the tournament.

The top 20 teams in the tournament caught a combined 1,949.25 pounds of fish despite the poor weather conditions.