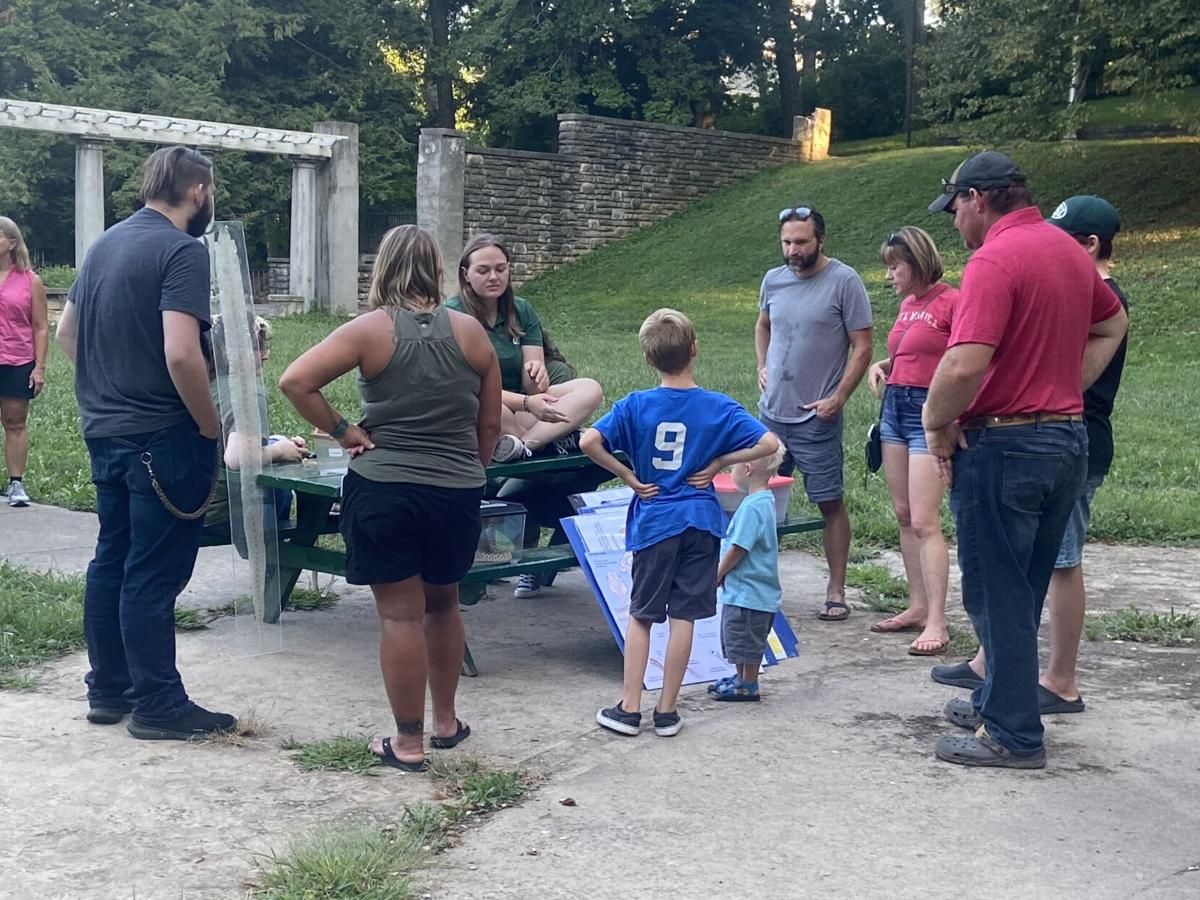 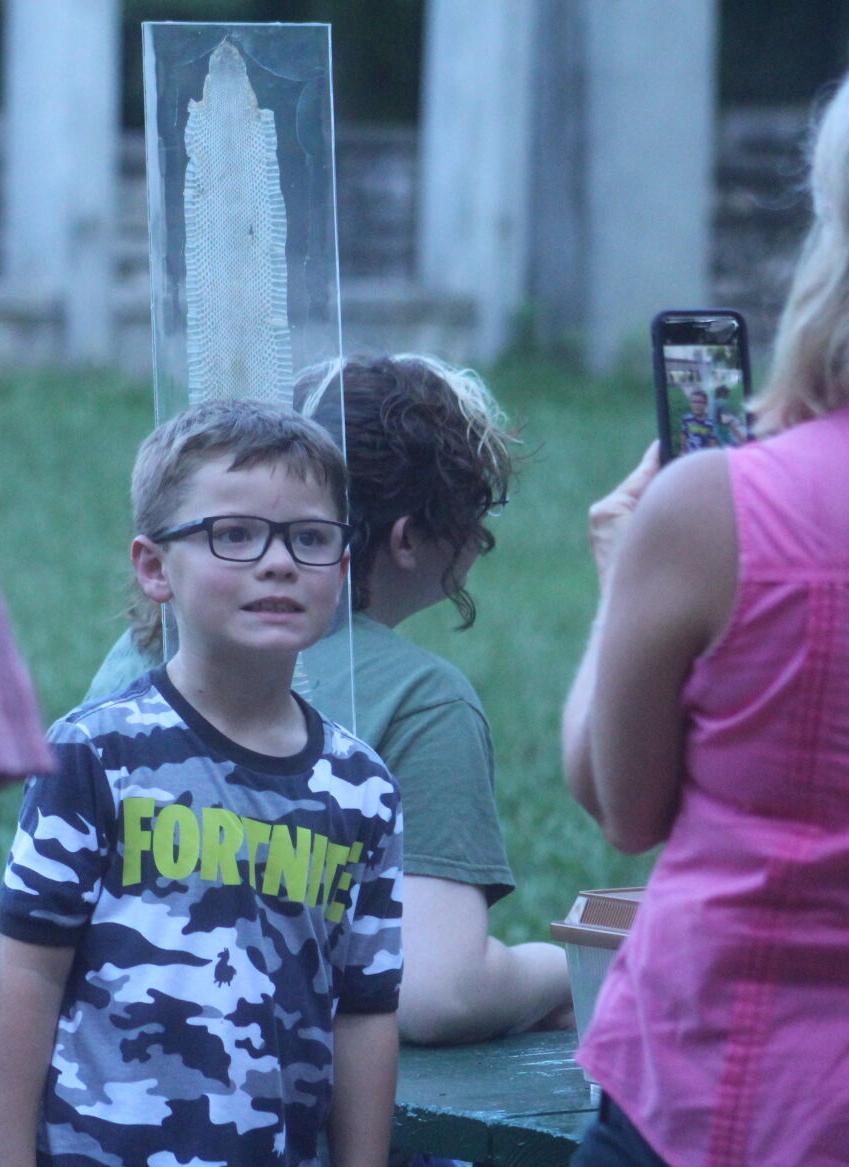 People took photos of a recent snake skin collected from one of the conservation department’s snakes Thursday night.

People took photos of a recent snake skin collected from one of the conservation department’s snakes Thursday night.

The Missouri Department of Conservation held a free program on snakes Thursday evening at Krug Park in St. Joseph.

The one-hour program was taught by naturalist Shelby Smith. Smith brought three snakes to the event.

“I’ve done snake programs for over 4,000 kids in St. Joseph since I started,” Smith said. “When I’m in a classroom, I make sure to introduce them slowly. We read the book, then bring out the fake snake and pet it. Then I bring out the snake because the snake isn’t in the room when we start. It’s a very gradual process.”

On Thursday, Smith and two Missouri Department of Conservation interns brought three snakes to the castle at Krug Park. The first of the three was a bullsnake named Mr. Bullsnake.

The bullsnake was rescued from a man illegally breeding the snakes in Jefferson City. Mr. Bullsnake was one of 50 snakes the man held in one tank.

Smith told the class how the department had to teach the animal how to be a snake. Smith used the example of teaching the snake how to correctly eat mice because it was incapable of doing so.

The bullsnake is Missouri’s largest snake. Smith brought with her the five-footlong skin that the snake dropped the last time it shed.

“People are afraid of what they don’t know,” Smith said. “So by helping them understand snakes and what is going on, snakes become less scary to people. Once educated, people are less likely to go out and try and pick them up or kill them.”

The second snake at the event was Ms. Hognose. The hognose snake is known for its multiple ways of defending itself. It can hiss and spread its head and neck like a cobra, or as the viewers learned Thursday night, roll over and play dead.

The third and final snake was a kingsnake that also was a rescue by the conservation department. Ms. Kingsnake was taken in after a Northwest Missouri resident had captured it and tried to keep it as a pet.

Smith talked about the dangers of taking wild animals in and trying to keep them as pets. It is an action that also is illegal in the state of Missouri, she said.

The three snakes brought to the event are three of the most common found in Northwest Missouri. The state has a total of 49 species and subspecies of snakes.

Smith said she enjoys events such as the one Thursday and hopes they continue to help people get outdoors.

“Our main goal is to always get people more involved outdoors and to the conservation areas,” Smith said. “We want people to get out and kayak, hunt or whatever it may be.”