Twenty-nine young hunters participated in the fourth annual Big Muddy Duck Hunt in Mounty City last Saturday. The clinic is held each year during the opening of the youth waterfowl season with the goal of introducing young hunters to the sport. 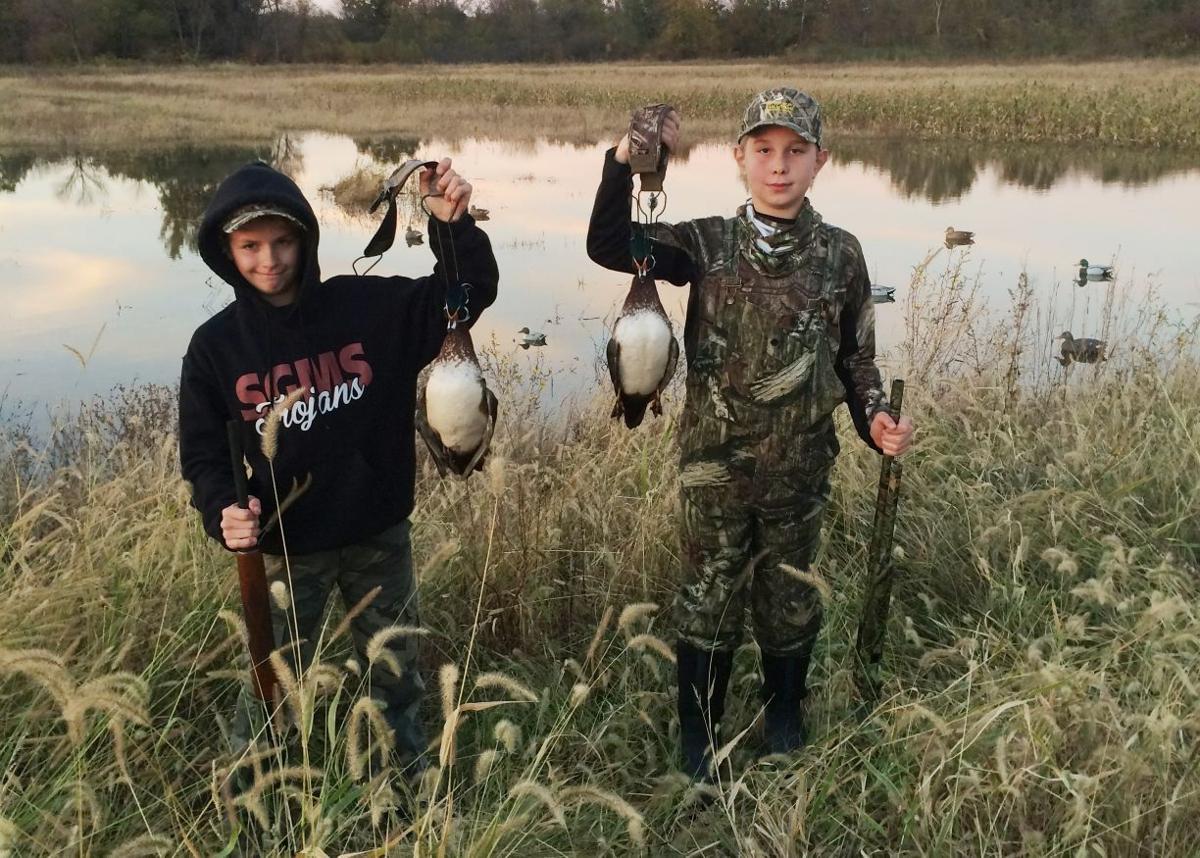 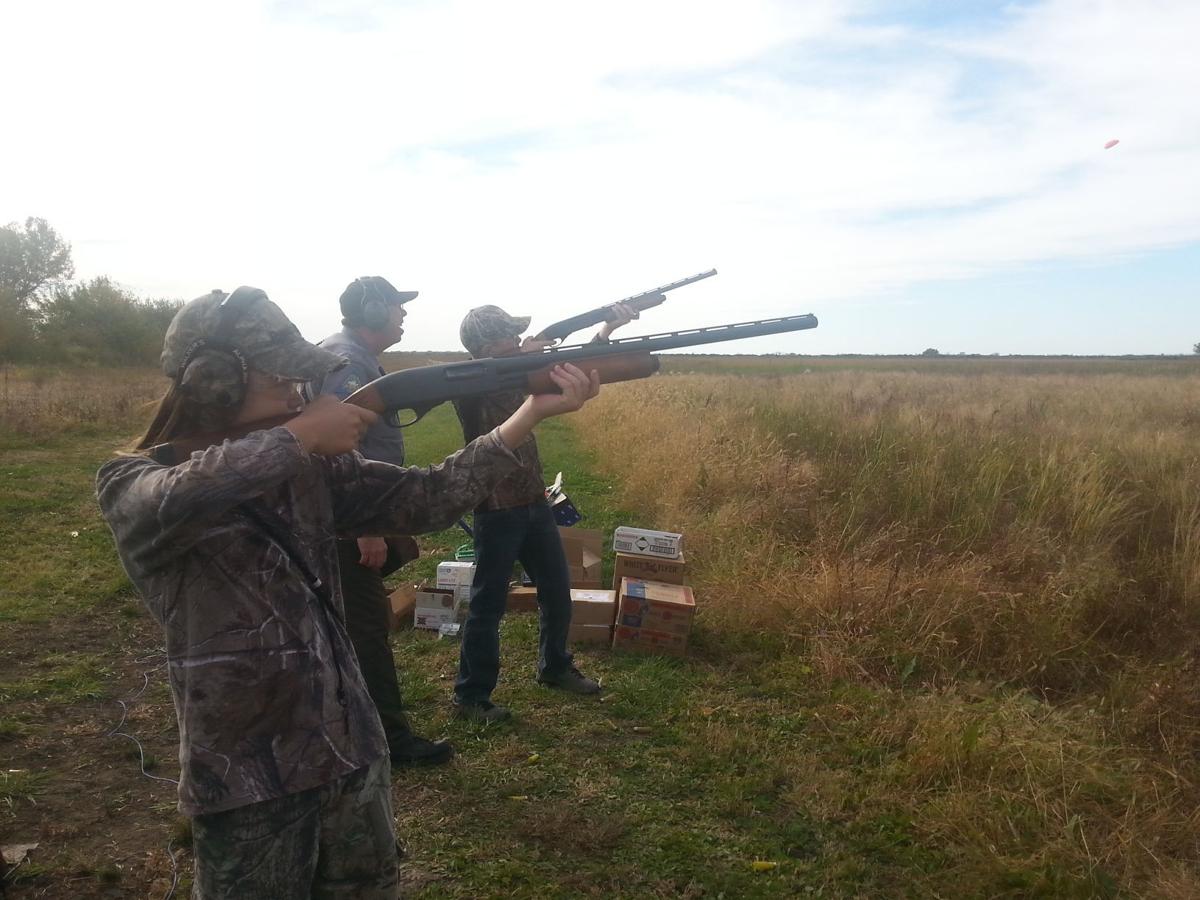 Hunters Jayden Robison and Remington Stoner are instructed how to safely use a firearm for waterfowl hunting during the Big Muddy Duck Hunt in Holt County.

Twenty-nine young hunters participated in the fourth annual Big Muddy Duck Hunt in Mounty City last Saturday. The clinic is held each year during the opening of the youth waterfowl season with the goal of introducing young hunters to the sport.

Hunters Jayden Robison and Remington Stoner are instructed how to safely use a firearm for waterfowl hunting during the Big Muddy Duck Hunt in Holt County.

Young hunters from across the region shot their first bird of the season at private duck clubs during the fourth-annual Big Muddy Duck Hunt held in Mound City, Missouri last Saturday.

Local duck clubs in the county supported the clinic during the opening day of the youth waterfowl hunting season by donating funds, providing hunting blinds and serving as guides.

Twenty-nine youth attended the free event, including those from the United Way Big Brothers Big Sisters organization in St. Joseph and the 139th Airlift Wing at Rosecrans Memorial Airport.

Jade Wright, Holt County conservation agent, said the conservation department started the clinic, along with Bill Hutting, with the goal of introducing the sport to youth.

“We want this clinic to be a memorable experience for kids and we have found it does make a difference because it introduces them to successful waterfowl hunting and they continue after it’s over,” Wright said.

During the clinic, the youth were educated on duck hunting by attending five stations that were designed to teach how to safely and effectively harvest the birds. The stations included duck calling, duck identification, waterfowl hunting regulations, waterfowl habitat management and preparing waterfowl as food. In addition, there were beginning and intermediate shooting skills stations that allowed the youth to learn how to safely and confidently use a firearm.

“The intermediate shooting station simulates what’s going to happen during a hunt from a blind,” Wright said. “We have a blind where they start in a seated position and have to come up and make the shot with the targets coming towards them.”

Dakota Tilley traveled from Boone County to attend the clinic.

“I’ve also been hunting for deer, doves and squirrel but I haven’t been here before,” Tilley said. “I liked the shooting stations because I learned the stance to shoot at the target.”

Briley Watkins from Maryville, Missouri, said she has also been hunting with her family on previous occasions.

“What I liked doing was trying to hit the target,” she said.

After the education stations, the kids were taken on a hunt at private duck clubs adjacent to Squaw Creek National Wildlife Refuge with a guide and safety coach.

Scott Owens from Rosecrans Memorial Airport volunteered at the clinic along with his son Christopher, who is a longtime hunter.

“Every year is a learning experience and we look for new places to hunt,” Owens said. “We also have a boat and we like to waterfowl hunt on the river. It’s nice to have that one-on-one time with your kids and hopefully they’ll pass that on.”

Each attendee of the clinic was given a membership to the Ducks Unlimited Greenwing Program along with a care package that included items such as a duck call and a duck carrier.

Wright said the event committee is in the process of collecting private donations to purchase a trailer to store the equipment for the waterfowl hunt so the clinic can be open to other organizations in Northwest Missouri.

Lunch was provided by Quackers Bar & Grill in Mound City and dinner was catered by the Mound City Kiwanis Club. The clinic was also supported by local businesses such as St. Joe Guns and Dick’s Sporting Goods in St. Joseph.