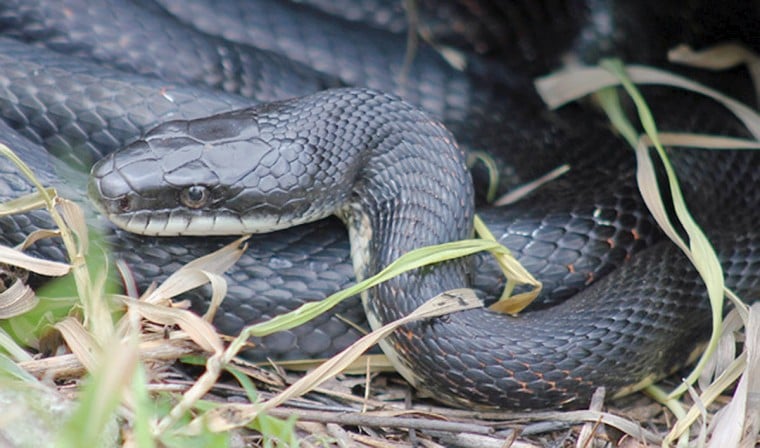 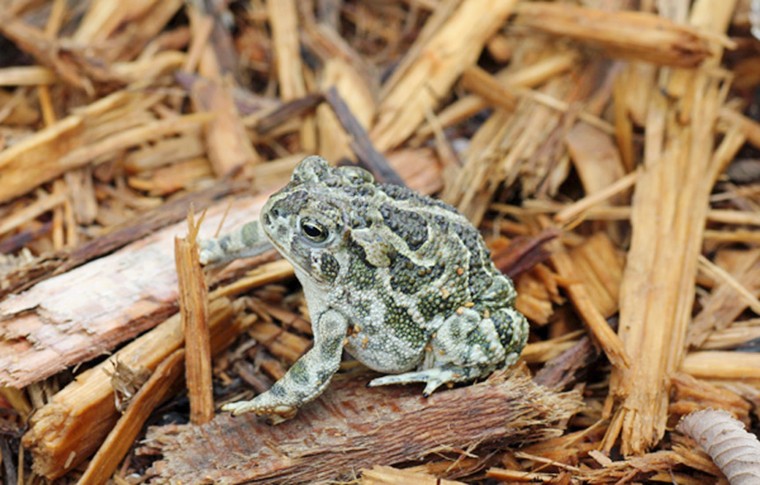 TOP: A Great Plains Toad is perched among the foliage. Above: A Texas Rat Snake hides among the grass in Andrew County, Mo. The prime focus of PEARS is education and awareness of species and the habitats they are found in throughout the local area.

TOP: A Great Plains Toad is perched among the foliage. Above: A Texas Rat Snake hides among the grass in Andrew County, Mo. The prime focus of PEARS is education and awareness of species and the habitats they are found in throughout the local area.

Last month a group of local herpetologists joined forces to invite members of the public to be included in amphibian and reptile conservation and education in northwest Missouri.

The group originated as a collaborative effort between Shelly Cox, the naturalist at the Missouri Department of Conservation, Dr. Mark Mills, associate professor of biology at Missouri Western State University and Jonn Casey of Casey’s Creatures with the goal of education in mind.

The partnership began as the three of them continually saw each other at various events throughout the region. Out of those casual conversations, The Pony Express Amphibian and Reptile Society (PEARS) was founded.

Through a series of meetings last fall, they invited other professionals to join in on the ground-level decision making of the organization. The herpetologists plan to use the group as a vehicle to work with members of the public who have diverse views and interests with these species.

“As people join this organization, they will mold and shape what direction we go,” Mills said.

The prime focus of PEARS is education and awareness of species and the habitats they are found in throughout the local area.

“As we talked to the public, we began to discover that people are unaware of the kind of diversity we have in this state,” Mills said. “Often times when you start talking about amphibians and reptiles, people start thinking about exotic species. However, we have a tremendous number of really cool things right here in this state.”

While organisms like garter snakes and American toads are commonly viewed in this area, tiger Salamanders and smallmouth salamanders have been recorded within the city limits of St. Joseph.

“There is cryptofauna around us that we don’t often see. When I tell people that the prairie kingsnake is a relatively common snake in northwest Missouri, many people will say they’ve never seen one,” Mills said. “Since it lives most of its life underground, most people won’t see them.”

The inaccessibility of these animals can make studying them outside the context of a group more challenging.

One aim of PEARS is to make issues that are affecting amphibians and reptiles world-wide more known.

Globally there has been a marked decline in amphibian populations due to factors such as water pollution, introduced species, disease and habitat loss.

Mills stated that these issues of global concern are also local concerns.

One introduced disease found in this area is called the chytrid fungus and it infects the skin of amphibians. Since all amphibians use their skin as a respiratory organ, the fungus can be fatal. While its presence in Missouri has not yet caused a drastic decline in populations, there have been recorded pockets in Central and South America where the fungus is widespread.

In addition to disease threats, amphibians and reptiles need a specific habitat of wetlands that often times need managed.

A key component to the mission of PEARS is conserving the wetland habitat required for these animals to survive. While many times wetland habitat is viewed as necessary for game species, the majority of amphibian and reptile species also rely on these areas.

In order to accomplish this goal, the group plans to work in conjunction with Squaw Creek National Wildlife Refuge on projects dealing with the blanding’s turtle and the massasauga rattlesnake. The blanding’s turtle is considered to be state endangered and is unique to two locations in the entire state. The refuge also has an ongoing research project involving the massasauga rattlesnake which is found in three other counties in Missouri.

Amphibians and reptiles not only live in and by water, but there lack of presence can be an indicator of an unhealthy environment.

“A healthy water ecosystem should have frogs in it,” Cox said. “They are vital in keeping insect populations in check. Realizing these animals are not present will give you an opportunity to fix what might be wrong.”

Information on the bylaws for PEARS and a list of upcoming events can be found online at http://pearsherps.weebly.com.

Margaret Slayton can be reached

Mills to speak at PEARS meeting