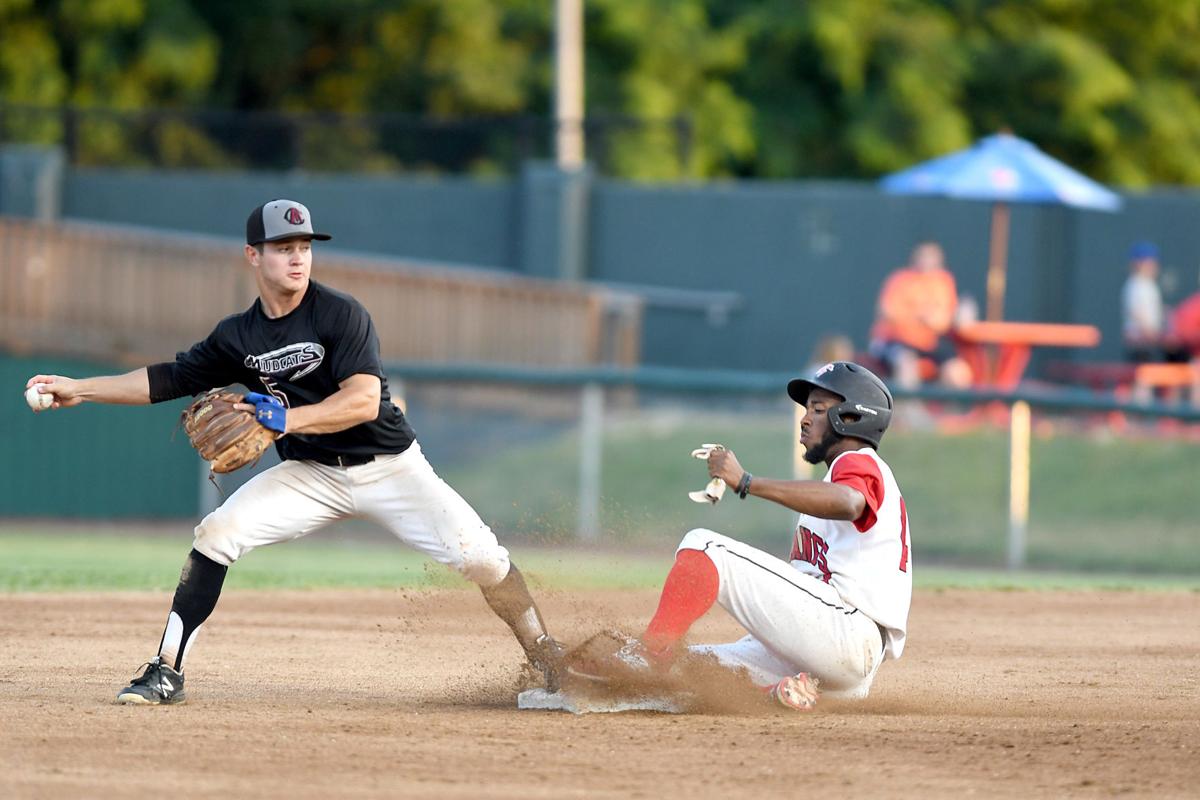 Mustangs outfielder Hampton Hudson slides into second base in the fourth inning of the MINK North Championship on Wednesday at Phil Welch Stadium. 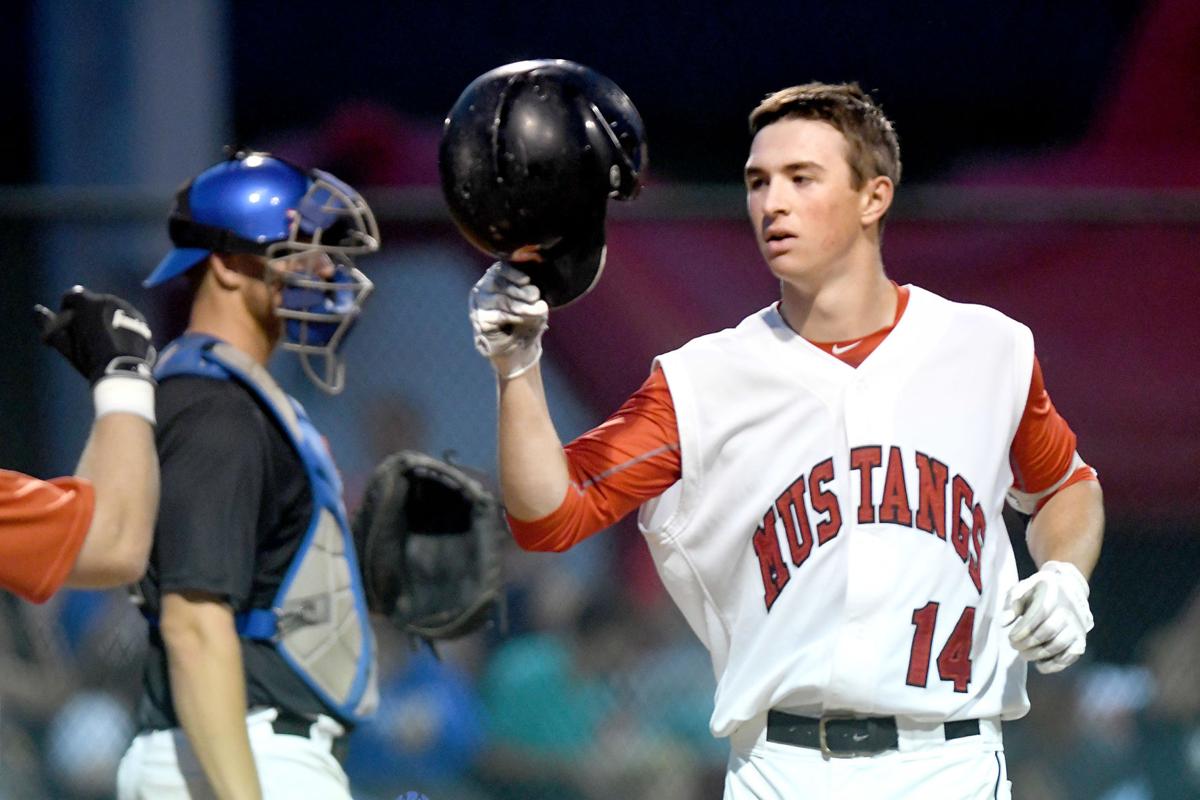 Mustangs outfielder Hampton Hudson slides into second base in the fourth inning of the MINK North Championship on Wednesday at Phil Welch Stadium.

In a game essentially over by the time the second inning began, the Mustangs saved one of the year’s best performances for the postseason, clobbering the Chillicothe Mudcats 17-0 in the MINK North Championship on Wednesday at Phil Welch Stadium.

Mustangs manager Johnny Coy discussed the thrill of backing of their excellent regular season with a dominant win.

“The guys were really excited to play, they had two days off with nothing. So they were well-rested, they swung the bat well,” “Cam (Bednar) was Cam, we expected that from him. He’d go long on the mound, keep hitters off balance. He’s been our workhorse all season long and it couldn’t have been any better from him.”

It was Bednar’s last game with the Mustangs, one in which he finished as one of the victory’s driving forces with 13 strikeouts thrown in what was nearly a full game.

With two on the board, Bednar walked off the field, greeted by a roar of applause from the audience and the congratulations of his teammates.

“I think the biggest part was seeing Colton (Kenagy) and Jake (Purl) walk out to the mound, two guys I played community college with who went our separate ways and then were able to come back and finish our careers together. I soaked in that moment, it was something I’ll never forget,“ Bednar said. “To be successful tonight in my last outing, it’s great. To be with these guys, these fans, I owe it all to them.”

On the other side of the ball, the Mustang’s performance at the plate was highlighted by catcher Jordan Maxson’s 3 RBI inside the park home run to begin scoring, and the succeeding home run by first baseman Karl Koerper in the next at-bat.

It was the second time this season that Koerper has followed up a Maxson home run with one of his own.

“Everytime (Maxson) does something cool, you know I gotta try to do something cool,” Koerper said. “There were a lot of fans here, it was really loud after that, and I got a good pitch so I just did it again. Seems to work out.”

The Mustangs continued to dazzle spectators with high-scoring innings. Second baseman Drew Beazley hit the third home run of the game in the third inning to underscore a five run inning, and they drove in four runs in the fifth inning to make the score 17-0.

“We had a different energy going into this game,” Koerper said. “We had the number one seed locked up for a bit there so it was nice to get in there with our best lineup and have some fun.”

On Thursday the Mustangs head to the Ozarks for Game One of the MINK Championship, a game that Coy believes will see momentum carry over from the night before.

“That was a pressure game, and they played so loose, and they didn’t have to. I was just amazed at how relaxed yet focused they were. It was fun to watch.”