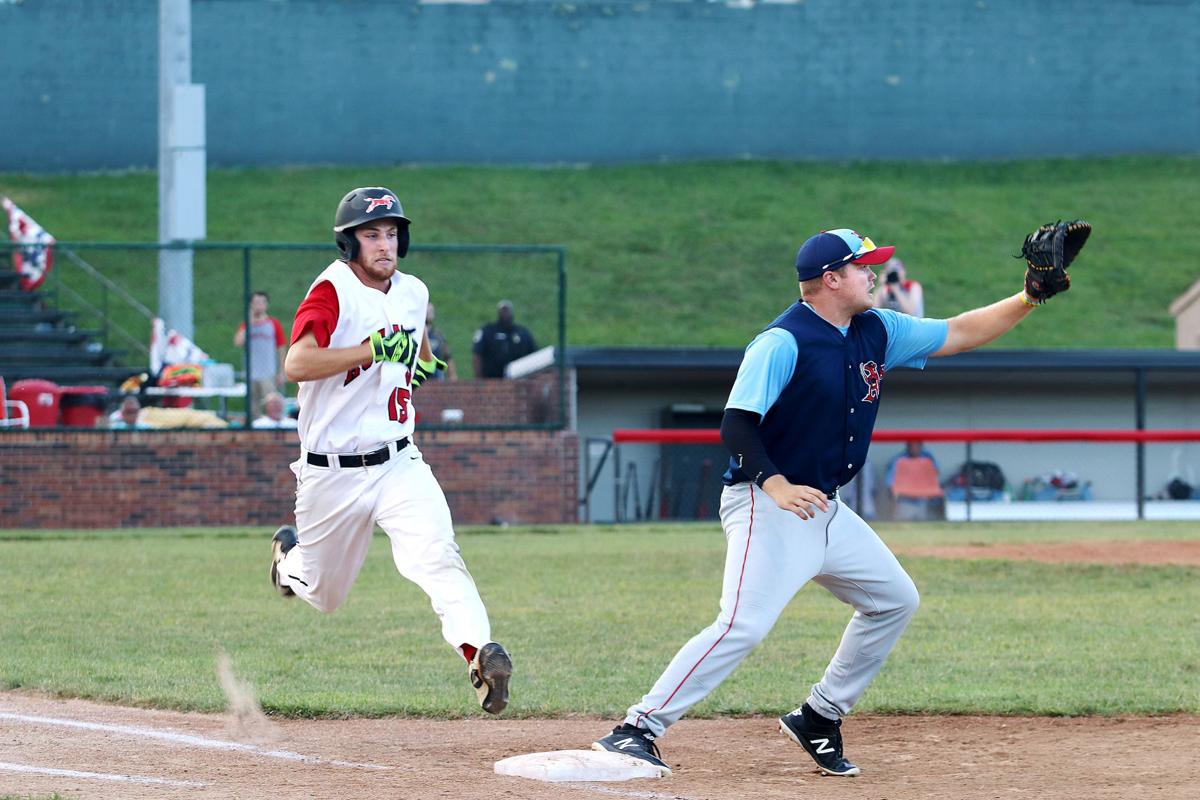 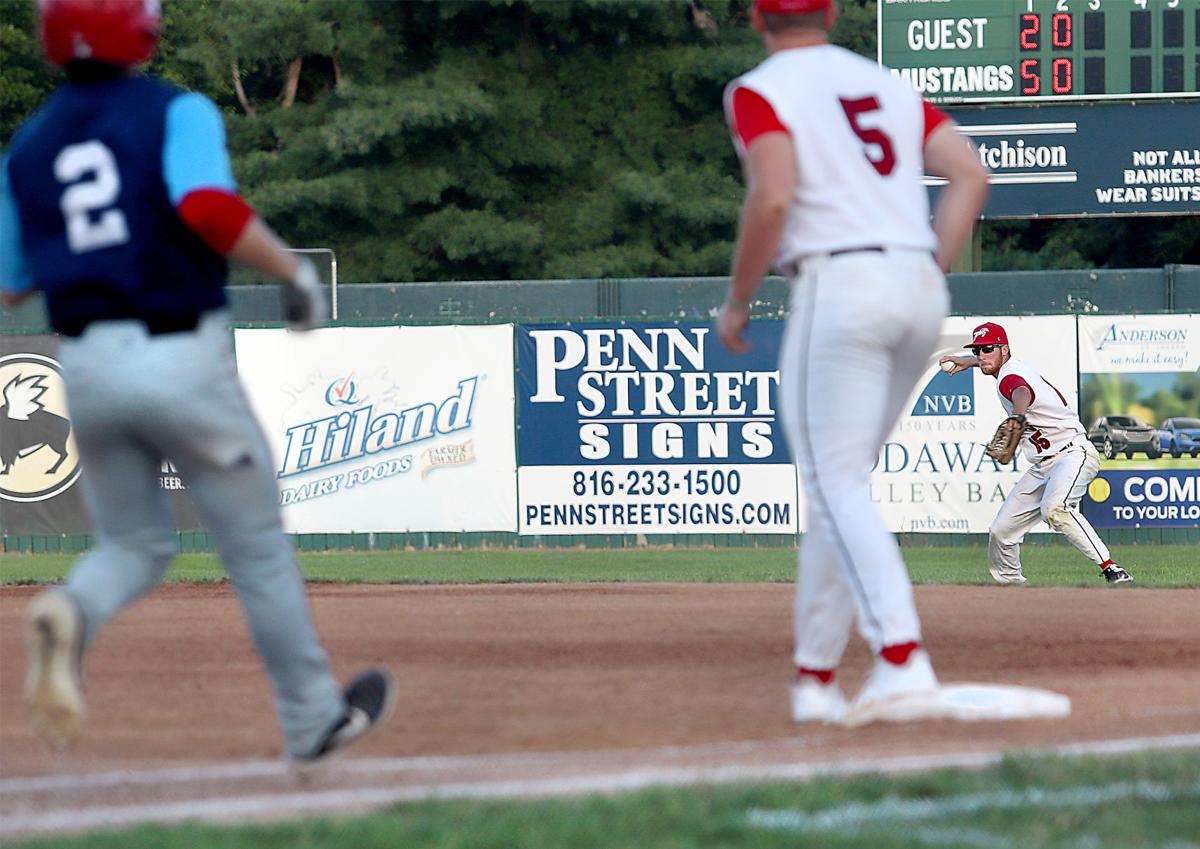 The St. Joseph Mustangs made easy work of the bottom-dwelling Clarinda A’s on Tuesday for their 10th straight win, taking advantage of a poor showing from the Clarinda bullpen to deliver a commanding 14-8 victory on Tuesday at Phil Welch Stadium.

Mustangs manager Johnny Coy said it didn’t take much to keep his team focused on the win against a last-place opponent.

“They keep focused themselves. I don’t say much to them, they go out every day knowing the season’s winding down and they’re playing their best they have all season. Ten wins in a row, that’s impressive,” Coy said. “Clarinda can score a lot of runs and they proved that tonight, so we just had to continue to square balls up. These guys are still having fun, they’re motivated, they want to win this whole thing. But we have to take it one game at a time.”

The Mustangs (31-9, 25-7 MINK) responded characteristically to a sloppy start for the defense, getting on base with their first six plate appearances to set the tone for an explosive batting performance.

When the first inning ended, they were already enjoying a 5-2 lead.

That theme continued. Throughout the game, if the A’s managed a few runs in the top of an inning, the Mustangs drove in a few more in the bottom.

The Mustangs scored nine runs between the fourth and fifth innings, highlighted by a three RBI home run strike by catcher Jordan Maxson, who ranks second on the team with seven.

The A’s scored singular runs late, but not enough to spark the miracle inning they needed to dream of a comeback.

As the Mustangs offense carried the load, they couldn’t put together an equally impressive night defensively. Walks, wild pitches and beaned batters were a common occurrence no matter what jersey took the mound.

“They were able to get a few good pitches and get solid contact. They’re a good, scrappy team, I know they’re toward the bottom of the (MINK) North but it’s not because of their hitting. It’s because they don’t have the numbers,” Coy said. “They’ve won some games late, but they can beat anybody on any given not because they score that well. Thankfully, we were able to score enough runs to put them away.”

The Mustangs travel to Clarinda to play the A’s today at 7 p.m. With just five games left to play in the regular season, the Mustangs are four games ahead in the MINK North.

Ready or not, NBA training camps are set to open once again

A few clouds mostly south on Thursday then a sunny start to the weekend!