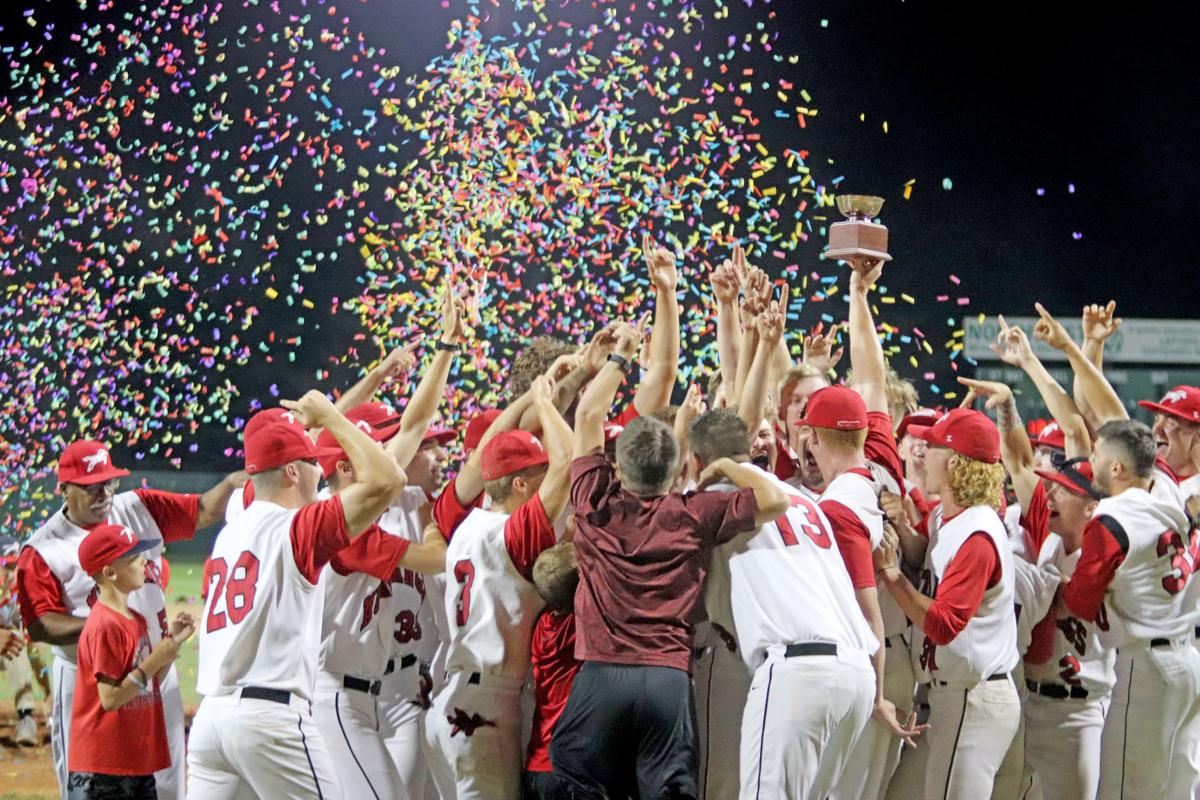 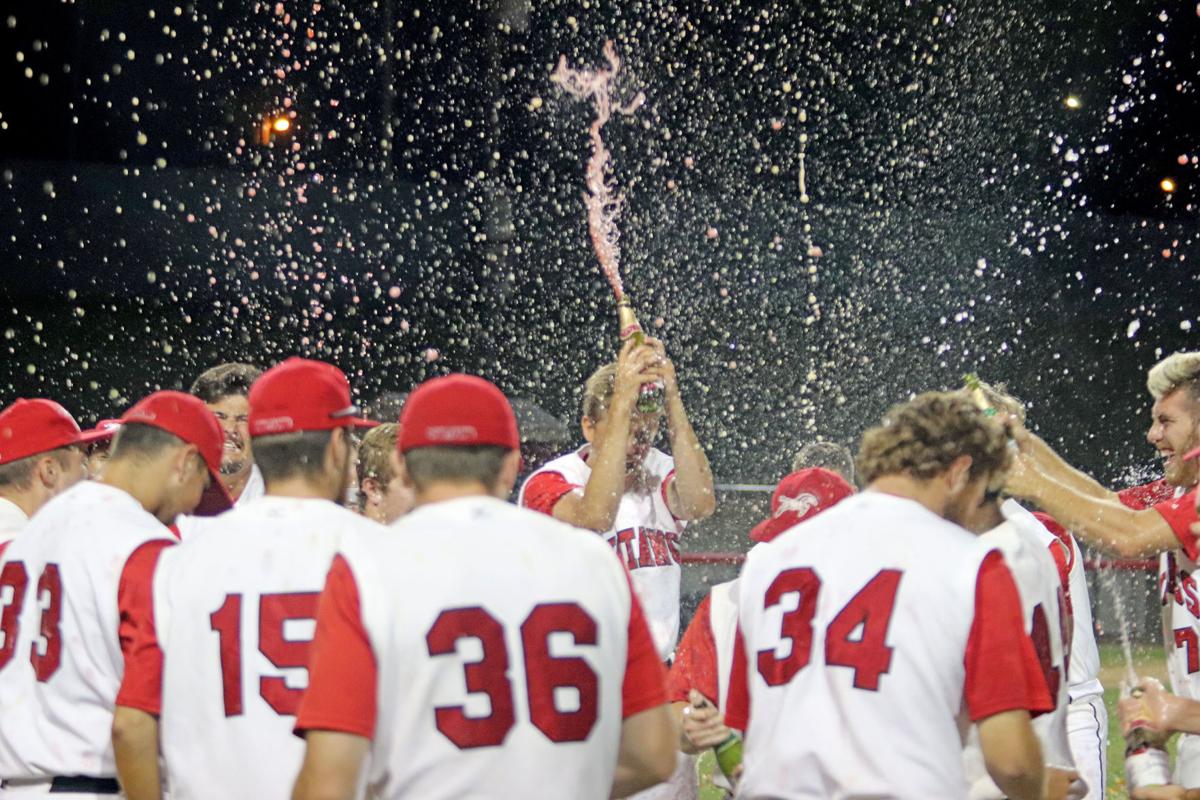 During the sixth inning of the MINK Championship Series’ second game, fans began to cheer at Phil Welch Stadium.

The St. Joseph Mustangs pitching staff had given up five straight runs to the Ozark Generals without recording a single out. Just as the energy seemed to be sinking, the Mustangs responded.

Five runs were added to the scoreboard in the bottom of the sixth by St. Joseph, beginning with a home run by Karl Koerper. It was the final push the Mustangs needed to capture the organization’s sixth MINK Championship.

“This is why guys from all over the country come to St. Joe,” Coy said.”It’s because of the fans. A lot of these guys are committed to come back next summer. This one was great, we’re going to enjoy it tonight, then we’re going to get back to the drawing boards…”

The title was the first earned under the direction of manager Johnny Coy. Former manager Matt Johnson led the Mustangs in the previous five. Coy was a part of two.

Winning it as manager was a unique experience for Coy. He credited the 18-10 win to the group of athletes he brought to St. Joe this year.

“Being a head coach, and winning one my first time, it’s awesome,” Coy said. “ I couldn’t have been around a better group of guys. It was so much fun.”

Terrance Spurlin picked up from where he left off in game one, hitting an RBI single to score Jackson Dierenfeldt for the first run of the game.

The 1-0 lead remained until St. Joseph starting pitcher Colton Kenagy surrendered three runs in the top of the second.

Ozark starting pitcher Owen Little supported his offense’s early power, but fell apart in the top of the third.

Little exited after 3 innings, giving up three runs to give the Mustangs the lead after giving up a single to Derek Hussey.

The Mustangs’ effort to retake the lead was supported by a home run to left field by Max Mircovich, also scoring Hussey.

Hampton Hudson scored as well, advancing to second and third on an error. He crossed home plate with the help of an RBI single by Dierenfeldt.

St. Joseph added four more runs to pad its lead in the top of the fifth, all off Brigham Booe.

“Our guys don’t get nervous,” Coy said. “They don’t get down on each other. They just pick each other up.”

The 8-3 lead disappeared in the top of the sixth as Kenagy surrendered three runs, before Ryan Scharf gave up two more. It tied up the game at 8-8.

Each of the five runs were scored without an out on the board. Austin Brooks stepped in to close the inning.

Koerper regave the Mustangs the lead right after a spurt of Generals hope, sending the ball to the party deck in right field.

The run was the spark the Mustangs needed leading towards the end of the MINK Championship game.

“Karl comes out, very first at-bat, hits a home run,” Coy said. “That just shows you the resilience to get these bunch of guys.”

MDC director adds to her achievements