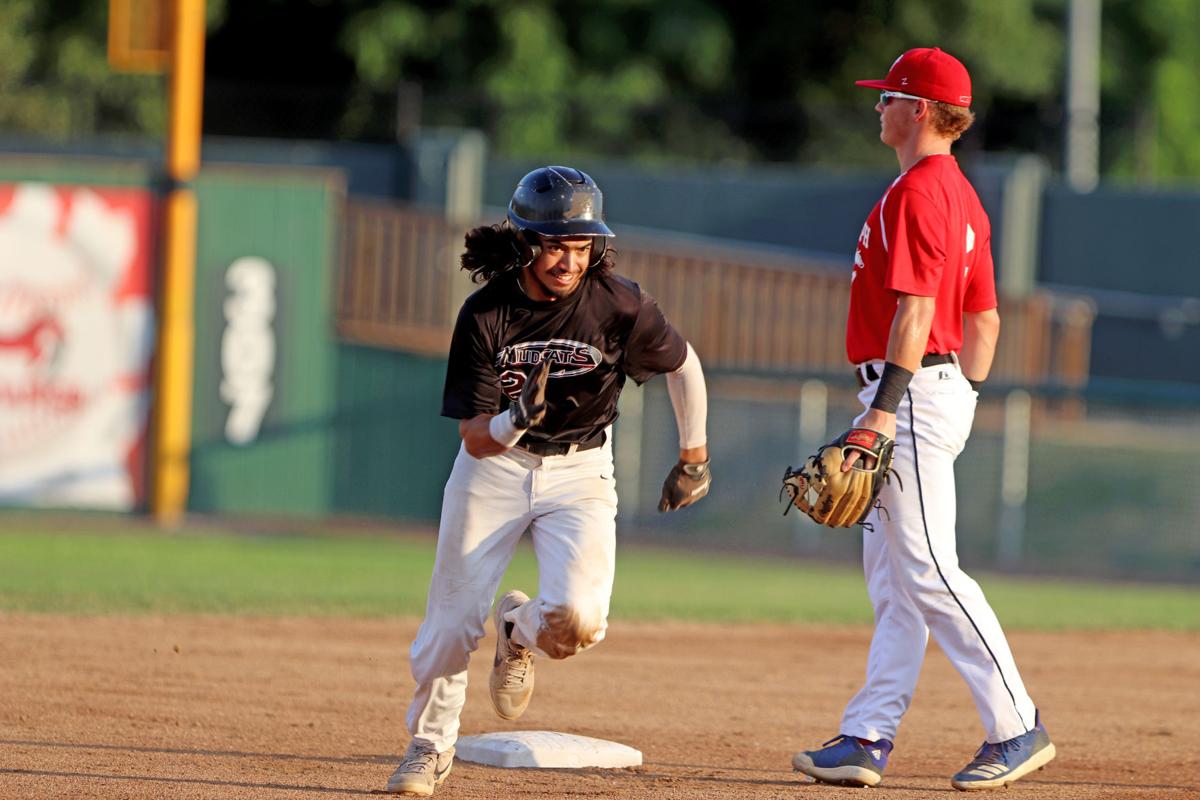 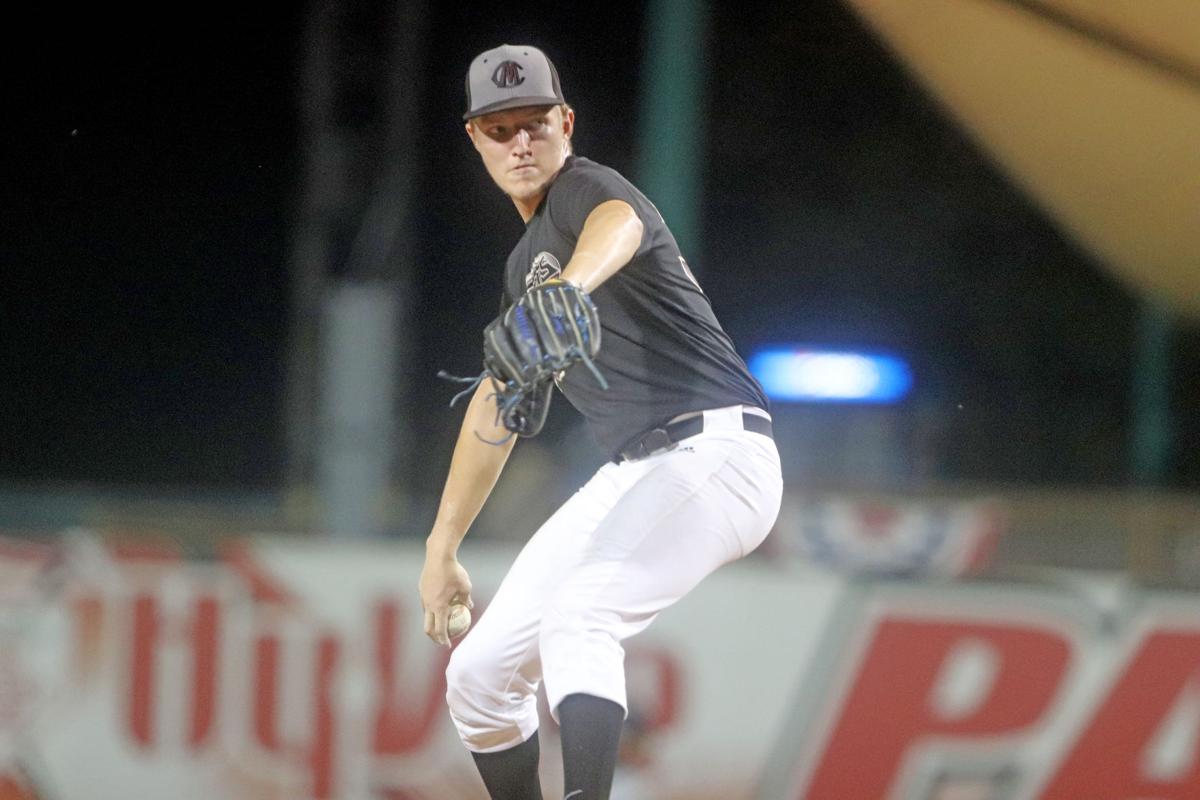 Collin Chalmers secured a 9-7 win over the Mustangs for the Mudcats at Phil Welch Stadium Saturday.

Collin Chalmers secured a 9-7 win over the Mustangs for the Mudcats at Phil Welch Stadium Saturday.

The Mustangs were tasked with playing seven and a half innings without manager Johnny Coy in a 9-7 loss to Chillicothe at Phil Welch Stadium. Each of St. Joe’s runs were scored without the second year manager.

St. Joseph (35-10, 24-8 MINK) had the chance to overcome the challenge, but failed to score the three runs needed to win in the bottom of the ninth. It ended the Mustangs’ 14-game win streak.

Coy was ejected in the middle of the second inning after a discussion with the home plate umpire. The Mudcats (24-15, 22-14 MINK) scored seven runs in the top of the second inning. Members of Chillicothe’s dugout were chirping at Coy, who stood on the third base line in the inning.

Coy did not agree with a call that occurred in the midst of the chaos. He walked from the third base line to the Mustangs’ dugout following the final out, eventually exiting to head to the team’s clubhouse.

Irritation with the umpire crew from both sides showed again in the third, but calmed down through the game’s remainder.

Lenhart argued the call, before being called out. The Mudcats used the call as a chip on their shoulder, scoring eight runs off Byous unanswered.

Byous departed the game after the second inning, having allowed six hits. It was his shortest outing of the six games he has appeared in this year.

Garrett Presko took over in the third, and pitched through seven innings. He struck out five, and gave up one run. The damage was already done as the Mustangs struggled to capitalize on the team’s 11 hits.

Chillicothe catcher Logan Eickoff advanced to base with two outs in the top of the first through the help of an error by St. Joseph shortstop Jack Wagner.

Eickoff stole second, and advanced to third on an error by Mustangs catcher Jordan Maxson. He advanced to the first run of the game with the help of a wild pitch by Byous to Nolan Meltcalf.

The 1-0 lead stuck until an inning later, when the Mudcats scored eight straight runs with two outs on board, leading to peak tension.

Mustangs center fielder Hampton Hudson cut the deficit by one run in the bottom of the third, scoring first baseman Terrance Spurlin on a single.

They had the chance to walk off in the ninth, but fell short of bringing in the two runs needed to tie the game.

St. Joseph is scheduled to close its regular season against the Mudcats at 6 p.m.

State Partners With Pharmacies For Vaccines

LeBlond advances to State Quarterfinals for the first time since 1994