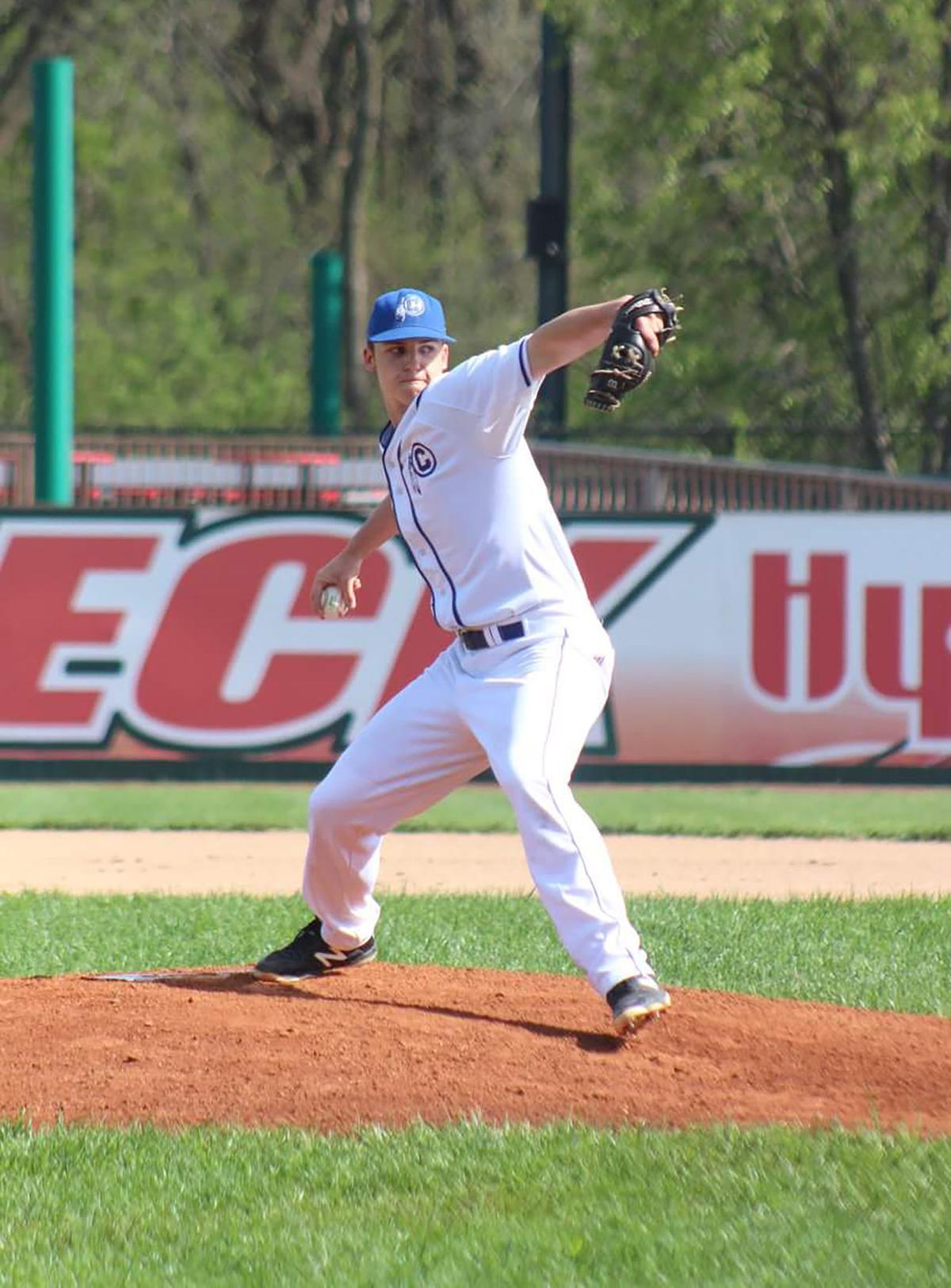 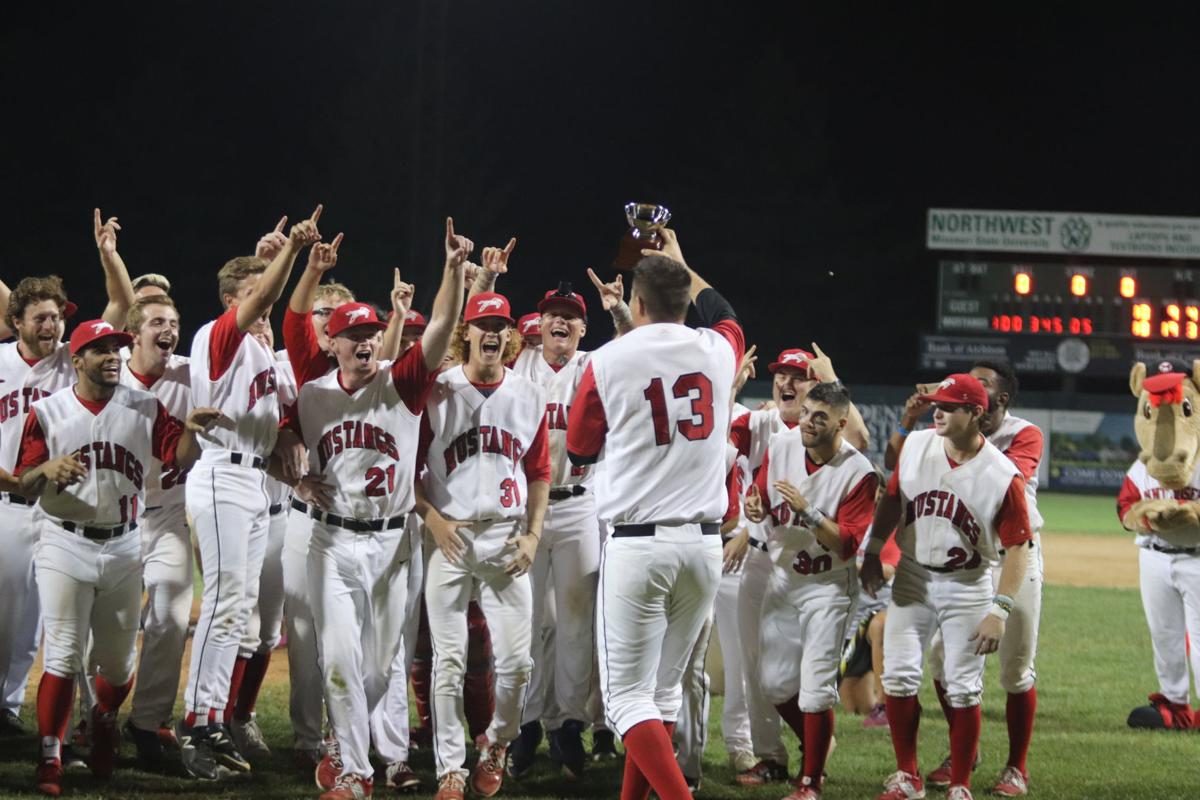 Mustangs manager Johnny Coy runs the Mel Eberly Trophy to his team following a 18-10 win over Ozark to finish out the 2019 season at Phil Welch Stadium. 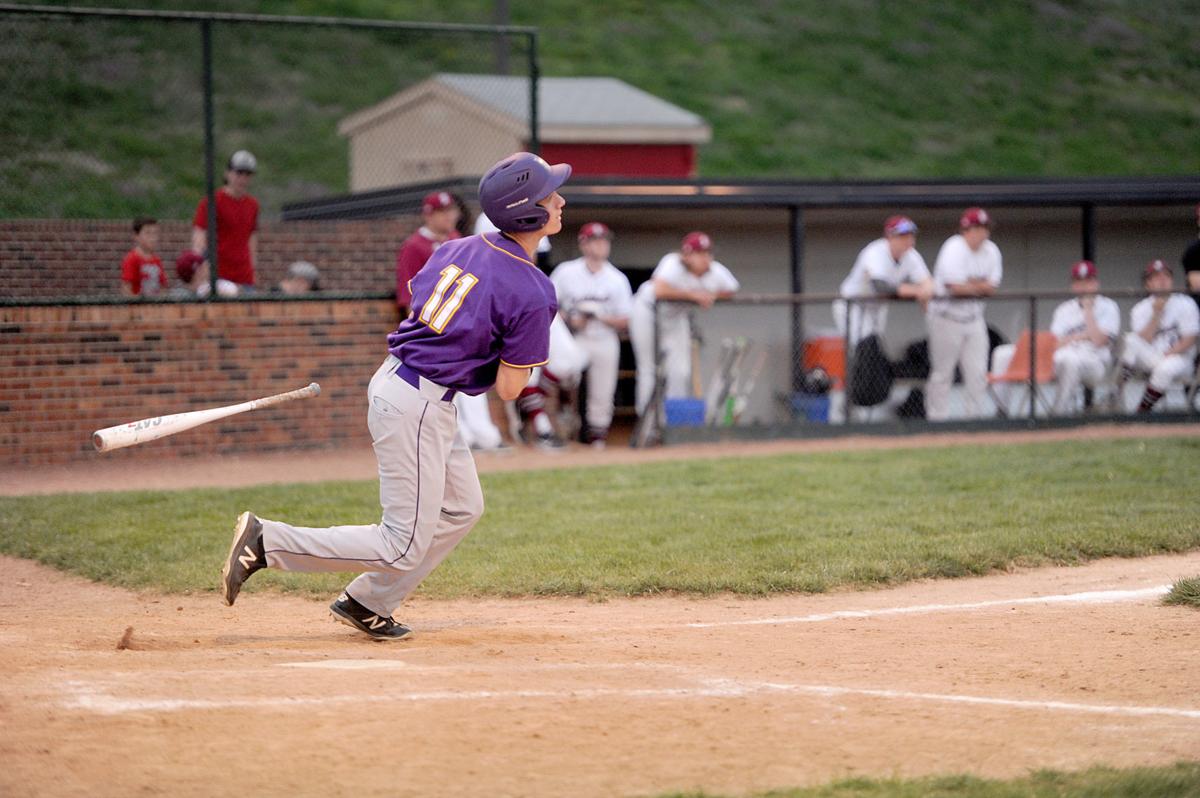 Mustangs manager Johnny Coy runs the Mel Eberly Trophy to his team following a 18-10 win over Ozark to finish out the 2019 season at Phil Welch Stadium.

After having his last two baseball seasons stripped from him, St. Joseph native Samson Holcomb is eager to return to the mound.

The right-handed pitcher tore his anterior cruciate ligament his senior year, bringing an early end to his high school career.

After a long recovery, Holcomb was cleared to play baseball at Iowa Western Community College. However, his team’s season was cut short. About 20 games in, the season was canceled due to the ongoing coronavirus pandemic.

But that only made Holcomb more motivated to play ball with the St. Joseph Mustangs this summer.

“Being able to grow up and see the Mustangs be this huge attraction for people around St. Joseph and with it just a great baseball organization, I thought it would be great for me to play for them,” Holcomb said. “They are just coming off of being champions of the MINK League and I hope I can be a big part of that repeat.”

Along with playing in front of his hometown crowd, Manager Johnny Coy is a big part of Holcomb’s decision to join the Mustangs.

“He’s obviously like a big role model to us young generation of baseball players because he made it so far,” Holcomb.

Coy said he got to know Holcomb during his senior season with Central.

“I know that he’s going to help us a lot this upcoming summer,” Coy said. Hopefully we can keep bringing him back every summer until he’s done playing, that would be the ultimate goal.”

Holcomb’s former teammate Jaren Guck also will be joining the Mustangs for the first time this summer. The two played together on a travel team throughout high school but were city foes during the spring season as Guck was a LeBlond Golden Eagle.

Despite the current environment, the two are hopeful for a chance to play this summer.

MINK League and its members recently agreed to delay the league start date to July 1.

“The bottom line, if we play or not this summer, is for everybody to be safe, and I will be ready when they call my name,” Holcomb said.