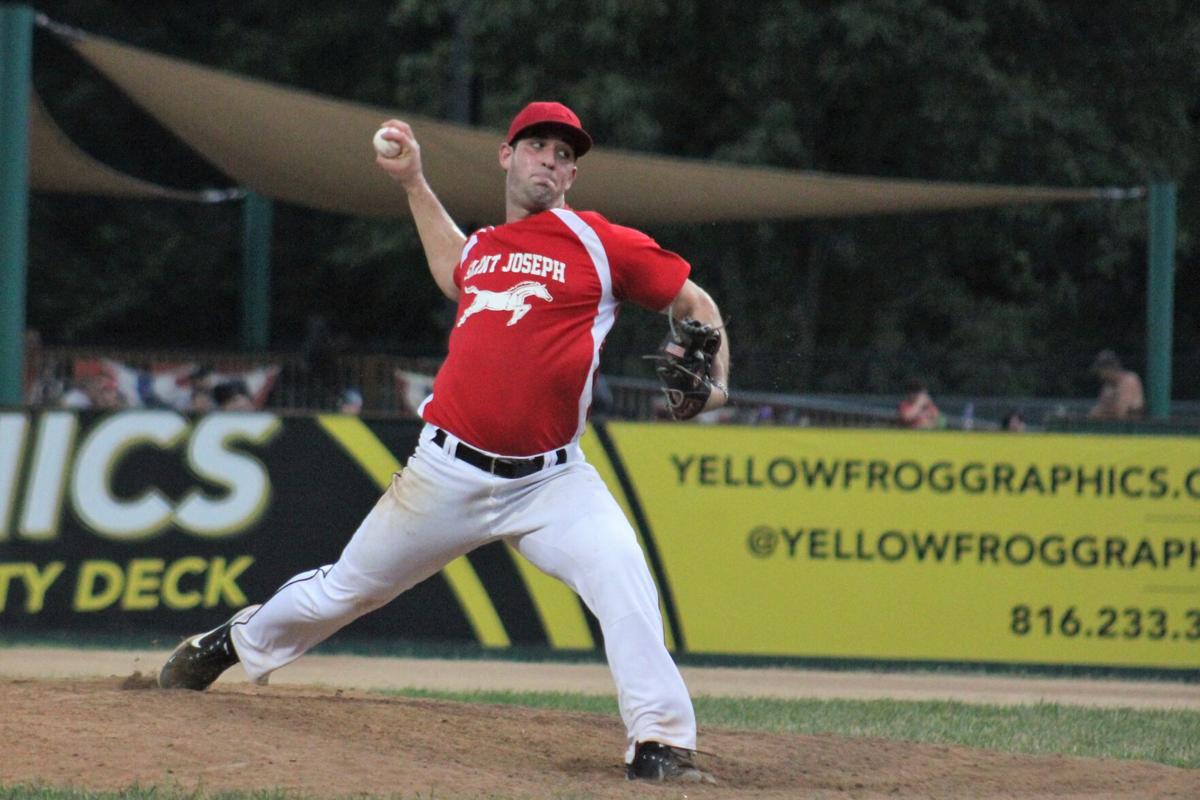 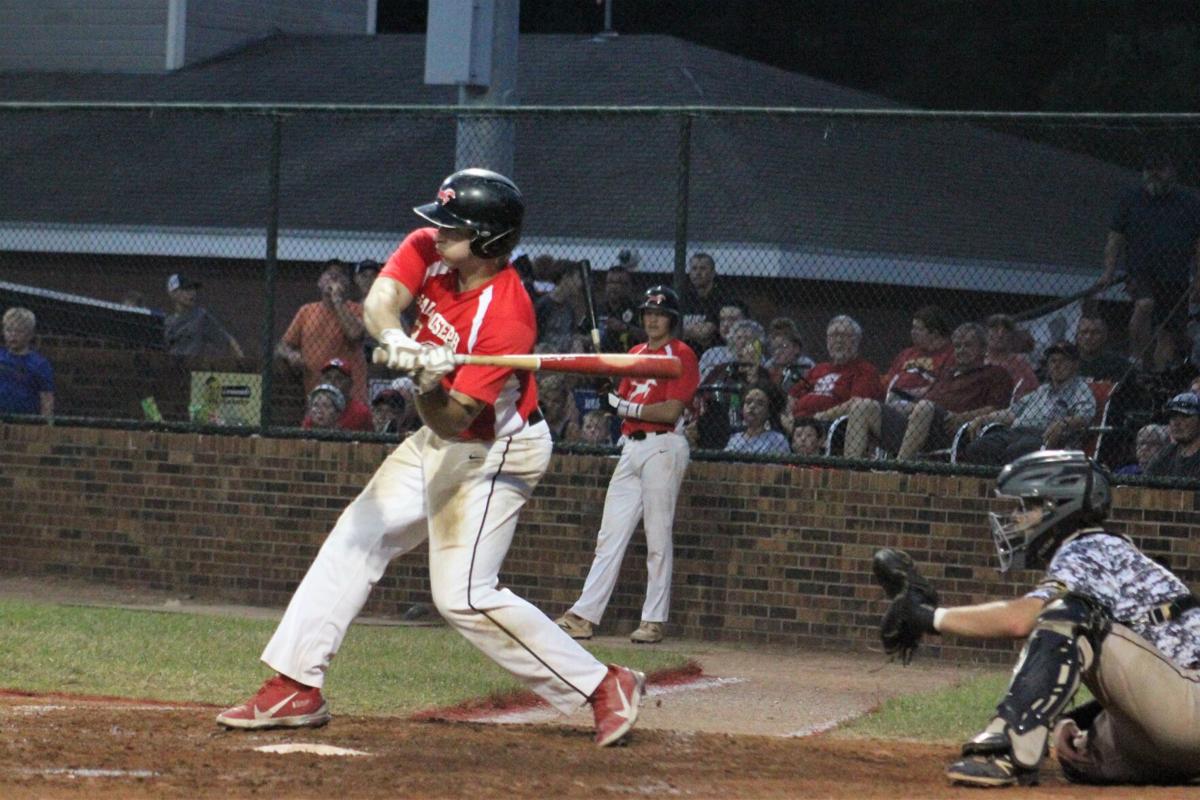 The Mustangs Ike Book drives in an RBI Saturday night at Phil Welch.

The Mustangs Ike Book drives in an RBI Saturday night at Phil Welch.

The St. Joseph Mustangs didn’t come into Saturday night’s regular season finale with winning being the main goal. The Mustangs clinched the No. 2 seed in the MINK North playoffs Friday, so Saturday’s 6-2 loss to the Des Moines Prospects was used as a night for some starters to rest before Monday night’s wild card playoff game against the Chillicothe Mudcats.

“Matt Fred was a dog tonight,” Mustangs manager Johnny Coy said. “He threw a ton of pitches. He was around 140 pitches and that’s what he likes to do, he likes to go deep into games. He was the perfect guy for that because we needed to save our bullpen for the playoffs and right now, everyone is at 10%. Everyone is rested, ready to go and we couldn’t have asked for anything more from Matt.”

The Mustangs were coming off of a doubleheader sweep the night before against that same Prospects team. Coy said he could tell before the game that the long day before had an effect on his players.

“We had a doubleheader against Clarinda and then we had another doubleheader the next day against Des Moines and we really smashed and hit the ball well,” Coy said. “We got home about 2:30 in the morning and I could just tell today that guys were tired. In the heat during batting practice, you could tell that they were a little bit worn out and that’s why I decided to split the game up today.”

The two teams split the regular season series, winning four games each. The Mustangs come into Monday’s playoff game with the advantage of having won three of the last four against Chillicothe.

“I’m excited for some playoff baseball at home,” Coy said. “I know that the guys are excited and they’re going to well-rested after a day off tomorrow. They’re going to be super focused, and hopefully we can win that game and move on to Clarinda. In a one-game playoff, anything can happen.”

Coy said that the plan is to start Drake Kanallakan for the 7 p.m. first pitch Monday. Kanallakan finished the season with a 3-2 record and a 3.55 ERA. In two starts against the Mudcats, Kanallakan allowed four runs—all in his first start against Chillicothe.