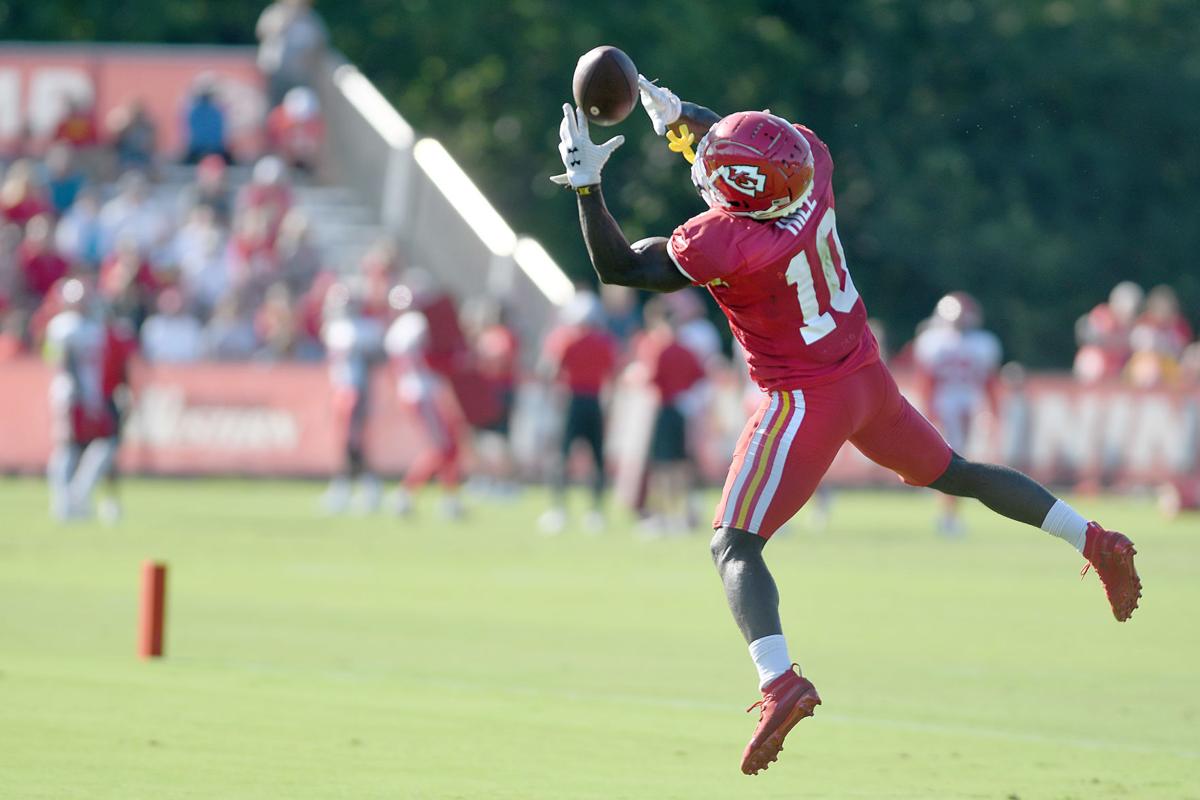 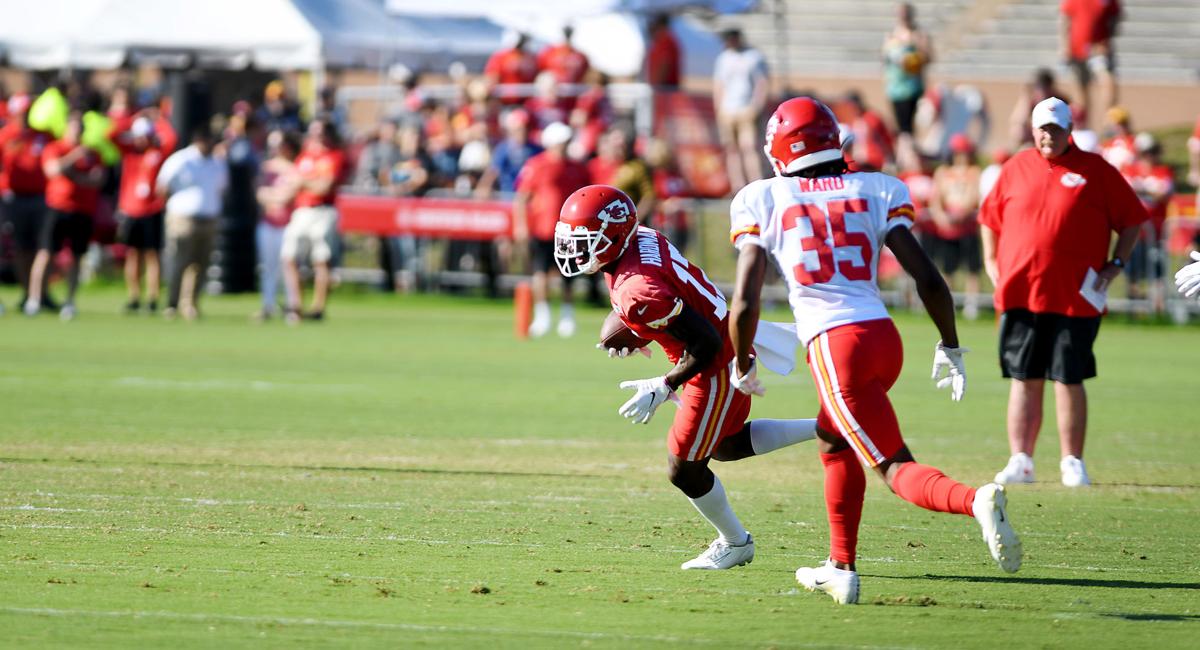 Some skills needed in the NFL can’t be taught.

The most rare, and coveted, is speed. And the Chiefs have it by the boatload.

“Speed kills in this game,” Chiefs tight end Travis Kelce said. “If you’ve got it, you’re in the advantage.”

It’s safe to say the Chiefs have said advantage.

The newest acquisition in Mecole Hardman ran a 4.33 in the 40-yard dash at the NFL combine.

At his pro day, Tyreek Hill reportedly ran a 4.26. According to his teammates, that’s a snail’s pace compared to 2019 Tyreek.

“He just looks a step quicker. I don’t know how.”

Hill showcased it Wednesday, catching a scramble drill ball from Mahomes similar to last year’s reception in the Ravens game, then high stepping his way past a few members of the secondary.

The wheels don’t stop with those three players on offense. Transitioning running back Tremon Smith ran a 4.38 at his pro day, and Hill claimed Smith was the team’s fastest player.

Demarcus Robinson also claims to be one of the fastest on the team, appearing much quicker than his 4.59 pro day speed.

With Mahomes’ deep ball ability, any snap of the ball can go for six.

“I’ll say this, any play we call, we’re designing them all to score touchdowns,” offensive coordinator Eric Bieniemy said.

While the Chiefs can blaze past any secondary in the NFL, they know it will require more than their feet. After all, they were just as quick in 2018 with Chris Conley’s sub-4.40 on the team and were held to zero points in the first half against the Patriots in the AFC Championship.

“The sky’s the limit for this offense,” Kelce said. “The guys that are here, that have been here the last couple years, were here last year, we’re taking it up a level.”

There are numerous benefactors due to the flash the offense provides. Hardman, getting settled for his rookie year, bodes to benefit greatly playing alongside Hill. The best comes out of Mahomes when he can scramble, find open receivers running impromptu routes, and they feed off his abilities.

But with so much attention heading to the outside and deep portions of the field, the NFL’s top tight end just might get even more room.

Honestly, we’ve never had this much speed here. I couldn’t tell you what’s to come,” Kelce said. “Hopefully we take advantage of those speedsters on the outside as far as throwing them the ball.

‘I’m licking my chops waiting for any scraps I can get.”

And Kelce can run a measly 4.61 — which would’ve ranked third among TEs at this year’s combine.