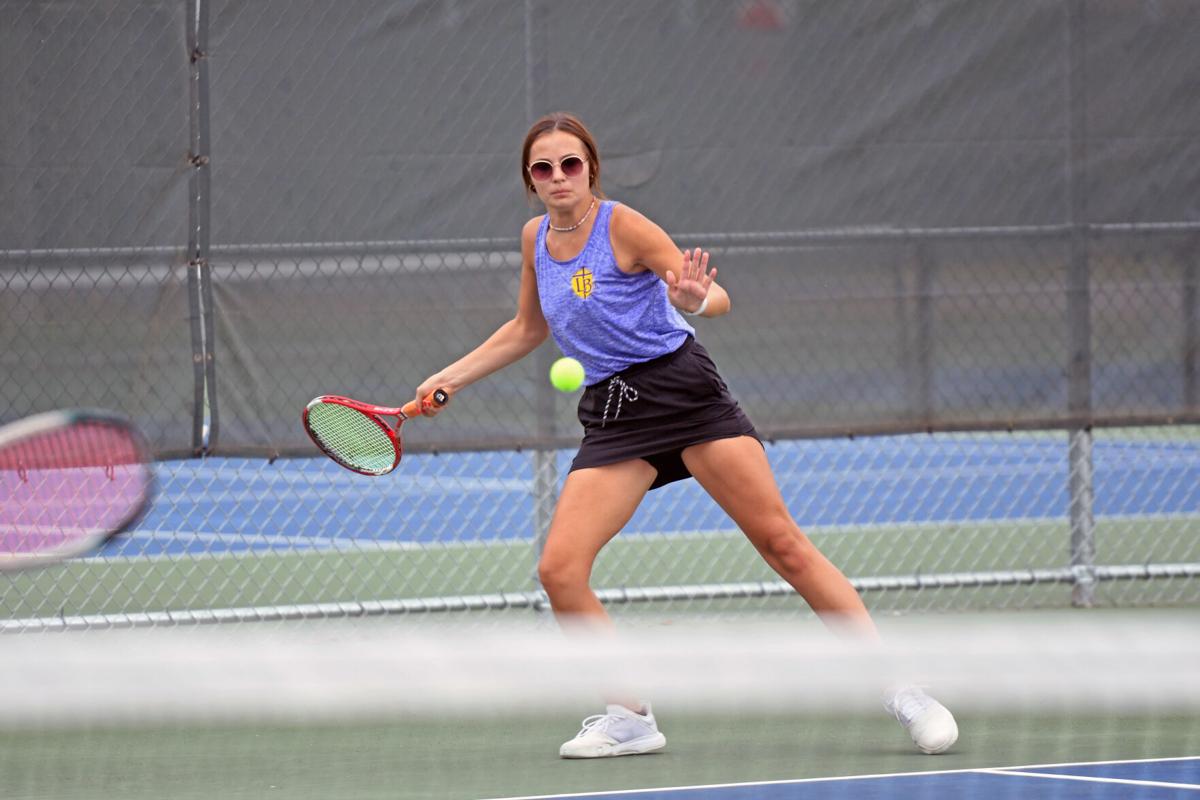 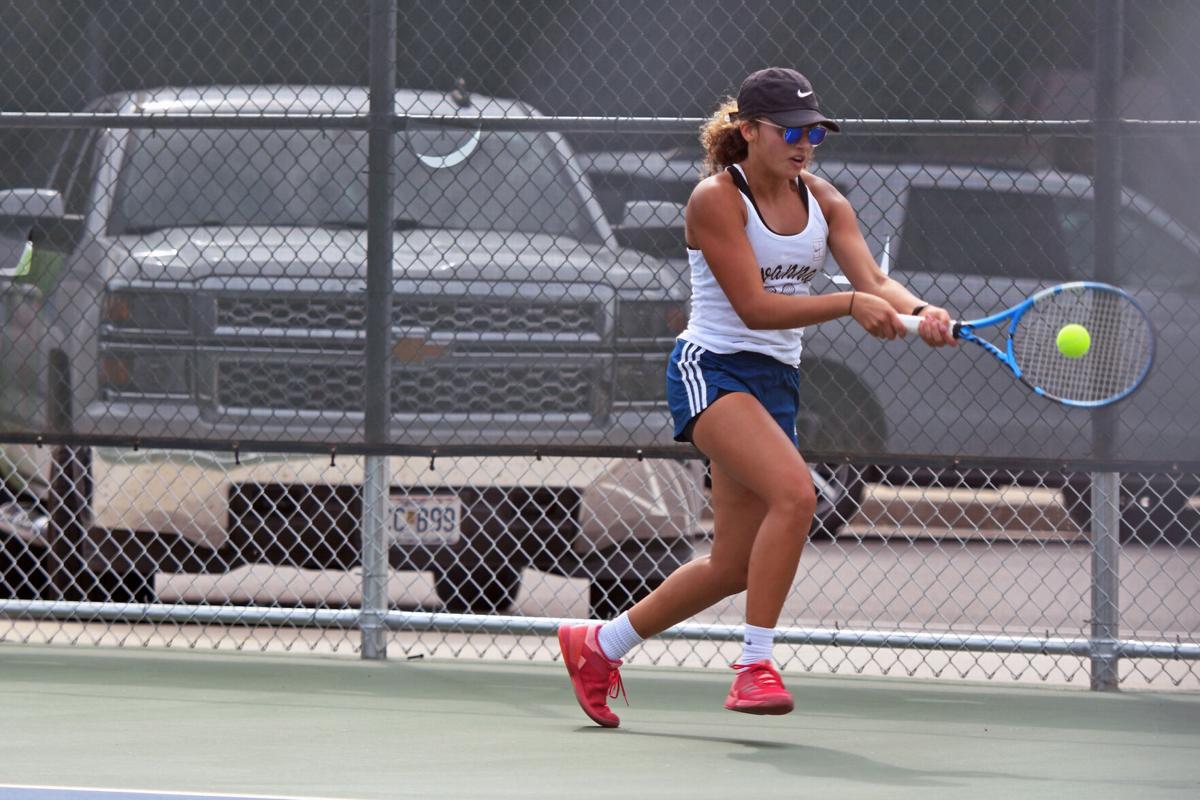 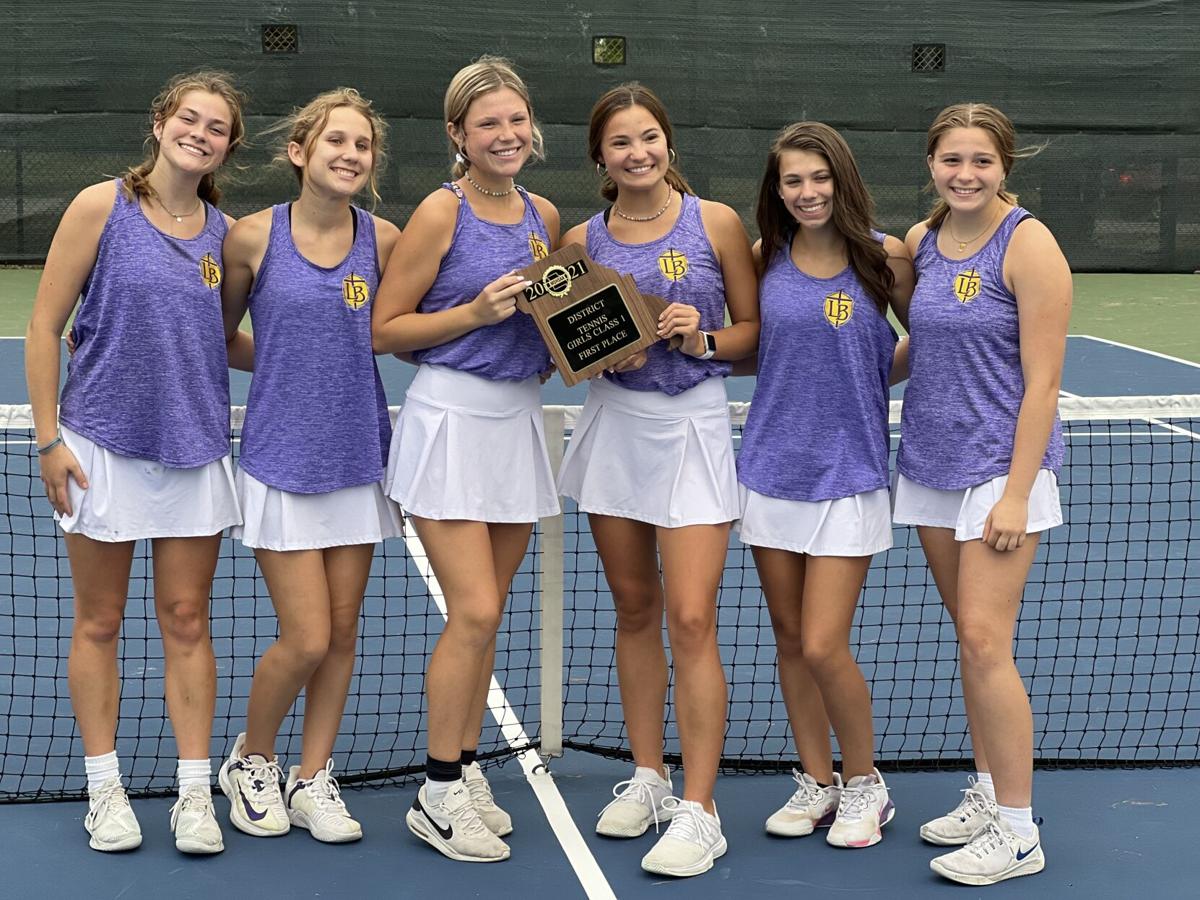 When it comes to LeBlond girls tennis, players say their greatest strength is their ability to come together.

“We are more than a team,” senior Peyton Netten said. “Only having two seniors and the rest underclassmen really just shows how strong we are as a team.”

Their strength has been on display in the postseason, as the LeBlond girls qualified for the state final four in the team competition for the second year in a row.

The Eagles defeated Marshall in the sectional round and Harrisonville in the quarterfinal round Tuesday in Marshall to punch their ticket to the final four in Springfield next weekend.

Despite some ups and downs through the season, first-year head coach Jackson Gwinn says he’s been impressed by the team’s ability to bounce back.

“Even though we’ve had a few losses that had people down in the dumps, they came back,” Gwinn said. “Out at practice, they really put the work in and just brought it all for the next match.”

In addition to the team competition, Netten and Weddle will represent LeBlond in the individual doubles state tournament this weekend in Springfield.

As they head back for their second swing at the individual competition, both Netten and Weddle said they know what to expect this time.

“It really just helps with the nerves,” Netten said. “We know what it’s gonna be like, we know the atmosphere, so I think we’ll play with more confidence this year for sure.”

Other individuals from northwest Missouri competing at the state tournament this weekend include the Maryville doubles pair of Lauren Cullin and Arianne Skidmore and Savannah’s Iris Alvarez.

Just a sophomore, Alvarez qualified for the state tournament for the first time this season after falling short in her freshman season.

“I’ve really been working towards this the whole summer, and it was my goal the entire season,” Alvarez said. “I’m just really happy and proud to be going.”As she represents Savannah at the individual state tournament this weekend, Alvarez says she has a lot of pride being the only representative for her community.

“I’m always gonna be a proud Savannah Savage,” Alvarez said. “I’m really happy to be able to represent my school and make our town proud.”

Gearing up for their own competition at the state tournament this weekend, both Netten and Weddle said they are also looking forward to being a representative for their school.

“It’s really an honor, just because we don’t get recognized that much because we’re such a small school,” Weddle said. As one of two seniors on the LeBlond team, Netten said she’s just looking forward to her last two weeks of competition in her high school career.

“Being a senior, I just want to have fun,” Netten said. “This is my last go-around, and to make it further would be really satisfying, but I’m satisfied with whatever we do.

”The individual state tournaments will take place this weekend, beginning Friday. The team final four will begin Oct. 22. Both competitions will be held at Cooper Tennis Complex in Springfield.

Northwest drops to No. 10 after loss at Washburn