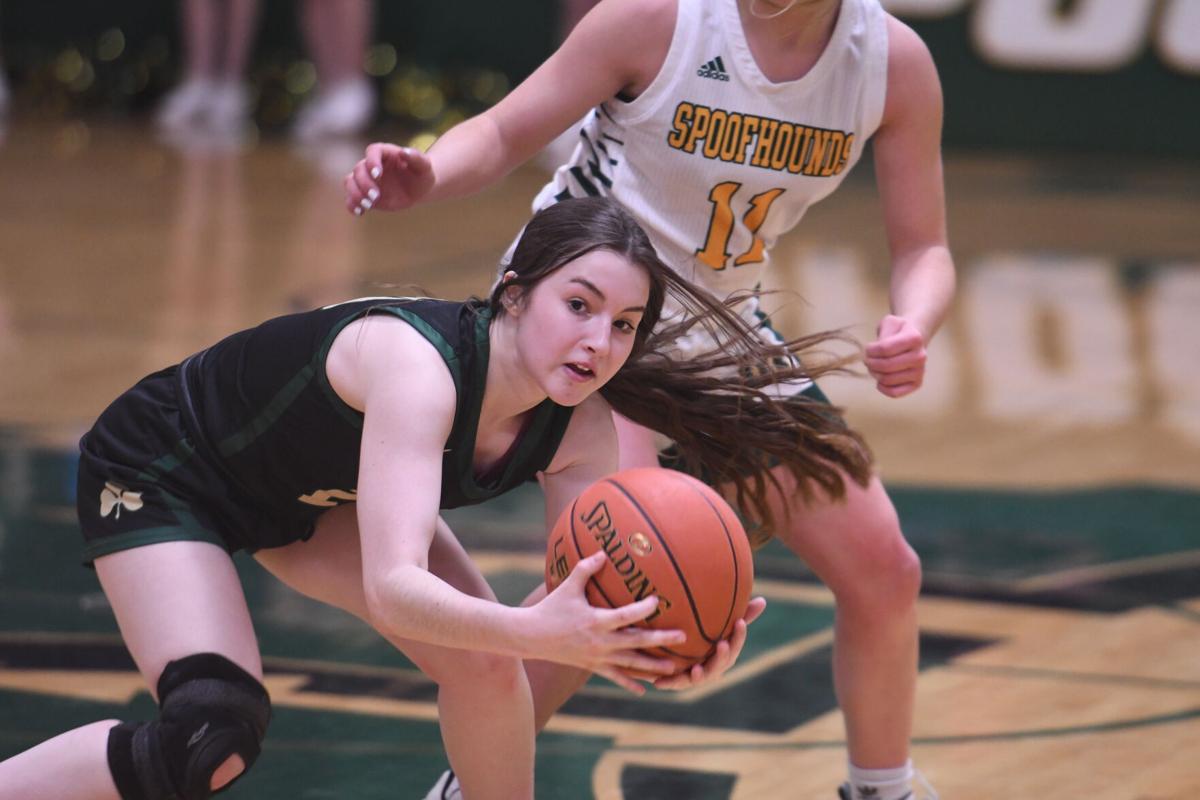 Lafayette junior Modesta Wilhelmsen recovers a loose ball in the fourth quarter of their game against Maryville on Thursday at The Hound Pound. 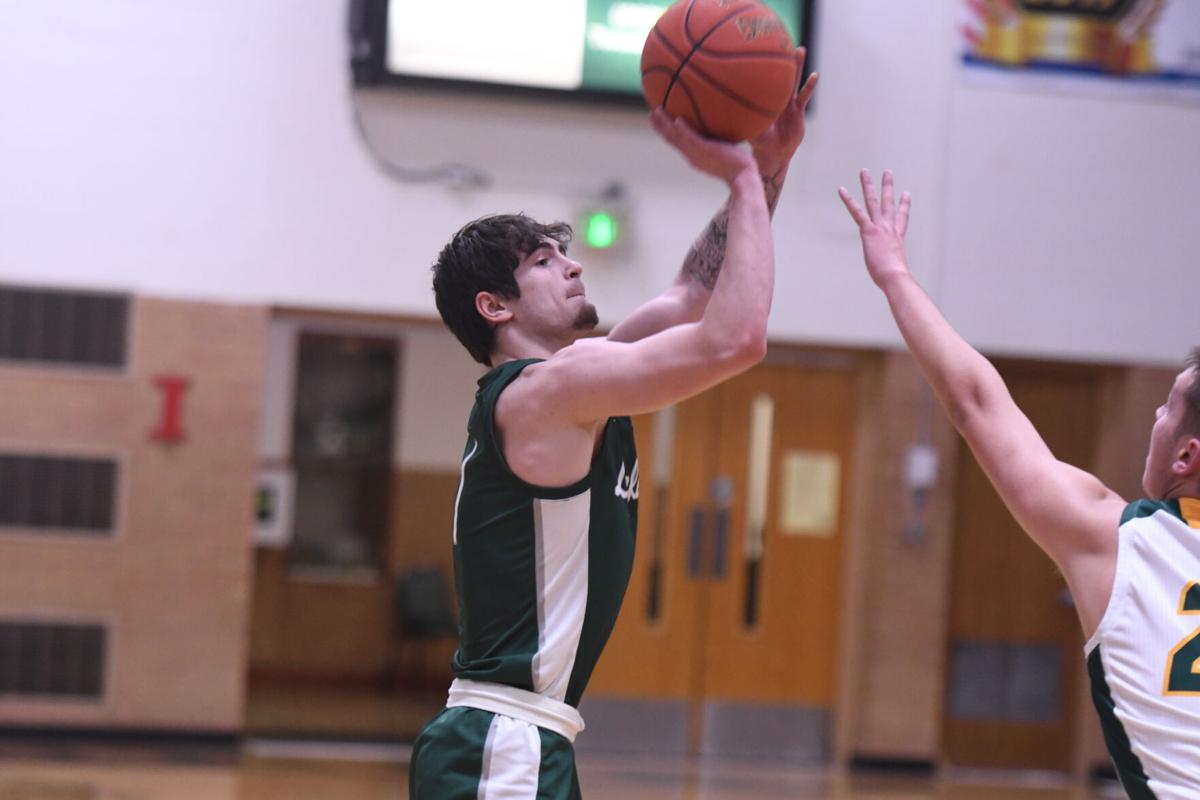 Lafayette junior Mikey Thomas attempts a three-pointer in the first quarter of their game against Maryville on Thursday at The Hound Pound. 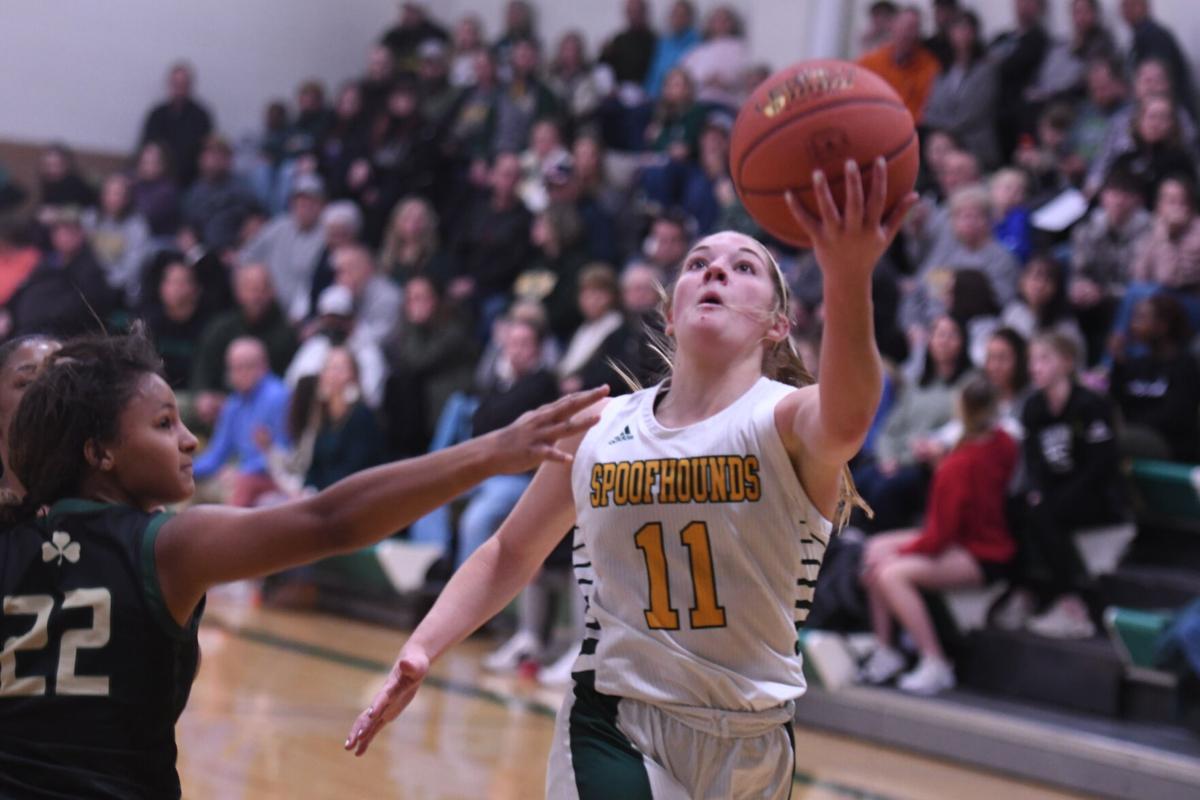 Maryville junior Annastyn Pettlon attempts a layup in the third quarter of their game against Lafayette on Thursday at The Hound Pound. 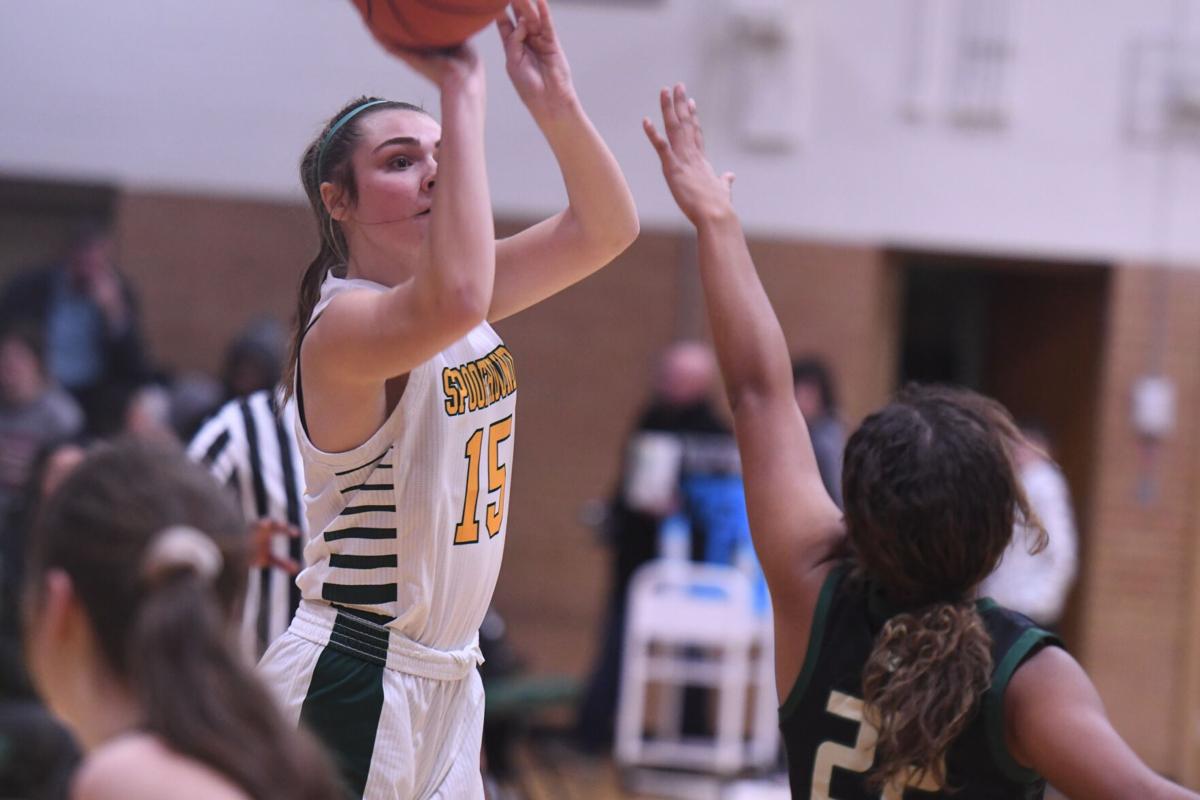 Maryville forward Riley Vierthaler attempts a jump shot in the fourth quarter of their game against Lafayette on Thursday at The Hound Pound.

Lafayette junior Modesta Wilhelmsen recovers a loose ball in the fourth quarter of their game against Maryville on Thursday at The Hound Pound.

Lafayette junior Mikey Thomas attempts a three-pointer in the first quarter of their game against Maryville on Thursday at The Hound Pound.

Maryville junior Annastyn Pettlon attempts a layup in the third quarter of their game against Lafayette on Thursday at The Hound Pound.

Maryville forward Riley Vierthaler attempts a jump shot in the fourth quarter of their game against Lafayette on Thursday at The Hound Pound.

MARYVILLE, Mo. — Lafayette acquired its first lead since the opening minutes late in the fourth quarter, rallying back to beat Maryville 48-44 on Thursday at the Hound Pound.

After a 7-0 run to begin the game, Fighting Irish coach Brad Spinner says his team fell into a rut in the first half that allowed the Spoofhounds to take advantage and jump out to a 23-16 halftime lead.

“That was a tale of two halves if there ever was one. We came out so flat. We got down on ourselves, and we let the offensive end effect our defense,” Spinner said. “Second half, I told them they have to have a short memory. You have to think always that the next shot is going in, that the next possession we’re getting a stop. And they responded to that.”

Lafayette (9-4) nearly matched their halftime total with 12 points in the third quarter, but still struggled to make ground as Maryville (6-5) junior Anastyn Pettlon continued a strong scoring night. The Spoofhound guard scored 23 points in the game, 21 of which through the first three quarters.

Spinner spoke on a defensive adjustment the team made that propelled them on both sides of the court.

“You’ll notice in the second half that we went small,” Spinner said. “That’s putting girls like Darcy Bowlin and Modesta Wilhelmsen in positions they aren’t used to playing, and that shows the willingness to doing whatever it takes to get the win. That’s huge.”

Despite trailing by 13 late in the third, the Irish battled back by the midway mark of the fourth. With 3:40 remaining in the game, junior Jazlyn King drove in for the game-tying layup, and a pair of free throw makes from freshman Talicia Byrd gave them a lead that they did not relinquish.

King spoke on the team’s comeback, and their final effort.

“I looked up at the scoreboard and saw that the score was 41-39 and I was like ‘Man, we’re right there. We’re in it.’ We just need to keep pushing forward and we did that,” she said.

Five different players scored at least one shot from the field in the final quarter, with key scores, steals, assists and rebounds coming from a wide variety of squad members. It was an emblematic finish for a team that’s used to gritting out wins in a multitude of ways.

“We don’t have that one star player like some teams have,” King said. “we have three, four, five players who we can rely on to do what they need to do.”

Byrd led the team in scoring with 14 points.

Maryville coach Kelly Obley gave credit to a Lafayette team that refused to be put away, but noted that the Spoofhounds could have used a well-rounded effort of their own.

“I think we need more balance,” she said. “Anastyn was our leader attacking the paint, but we just need that ball to flow from side to side and have a couple more girls step up.”

The Irish boys rode a strong first half from junior Camden Bennett as well as a pair of stifling defensive quarters to a clean victory over the Spoofhounds.

Maryville hung tight in the first quarter, matching Lafayette blow-for-blow and trailing just 16-12 by the period’s end. The Irish defense honed in for the second quarter, and outscored their opponents 15-4 to enter halftime with a substantial lead.

Early in the fourth, Lafayette started on another run that gave them a 55-32 lead, nearly eliminating any hope for a Spoofhound comeback.

“I think we’re playing one whole game together and getting solid at that, but I still think we take too many breaks where we stop playing defense consistently,” Irish coach Kevin Bristol said. “We’re getting better, but there’s room to improve.”