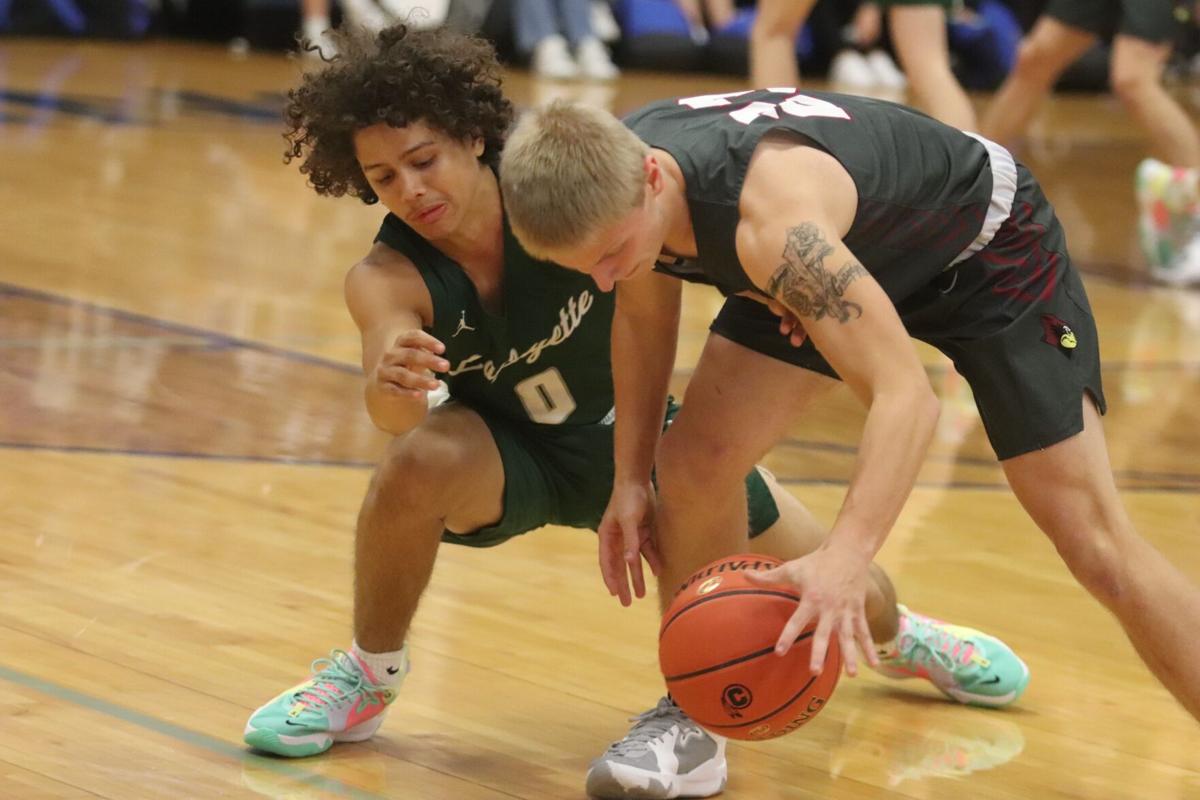 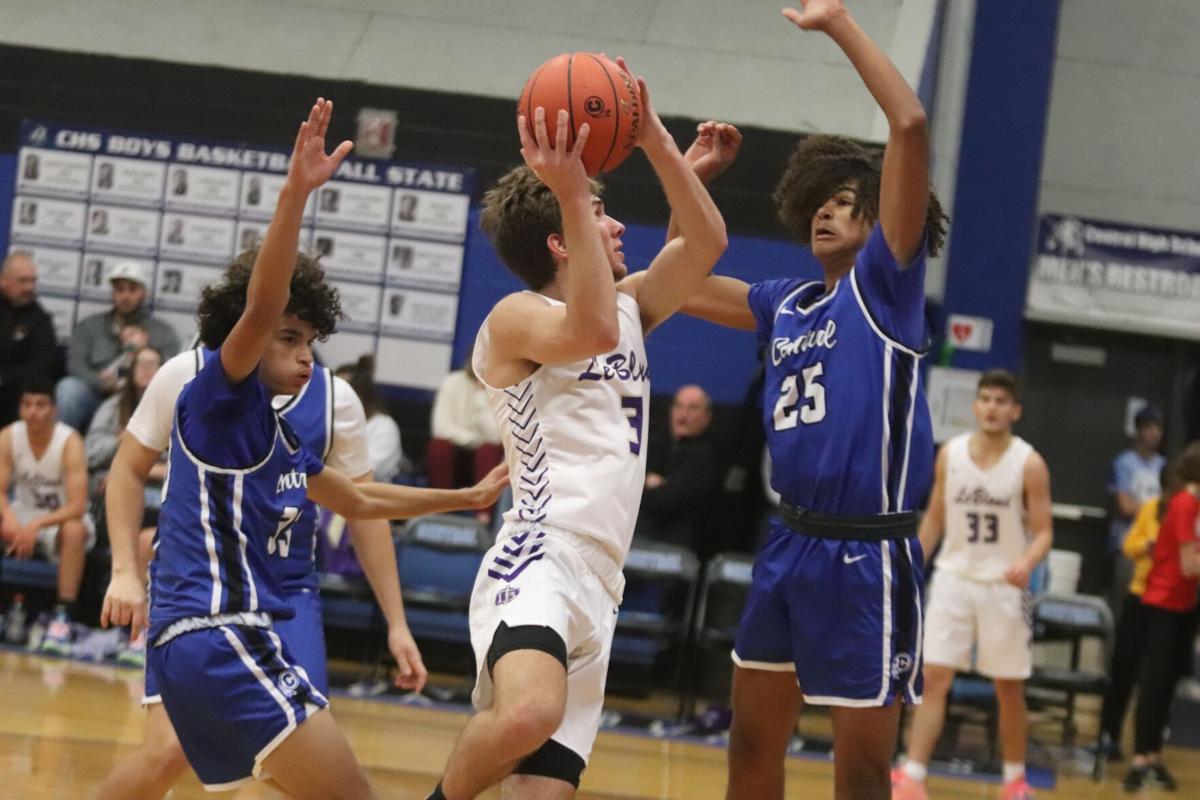 Bishop LeBlond senior Chris Guldan drives on Central defenders during their City Jamboree matchup on Friday at the CHS Coliseum. 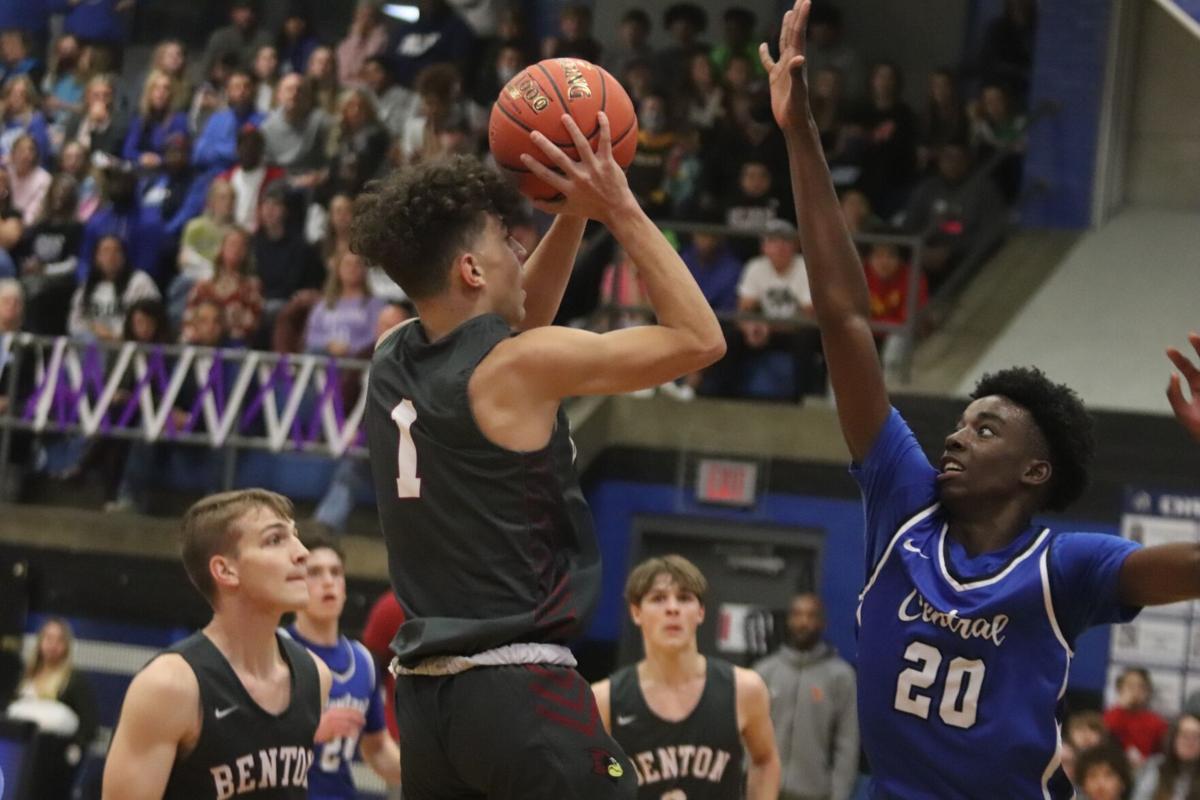 Central sophomore Shadai Ndamboma defends a shot from Benton freshman Myles Bachali during their City Jamboree matchup on Friday at the CHS Coliseum. 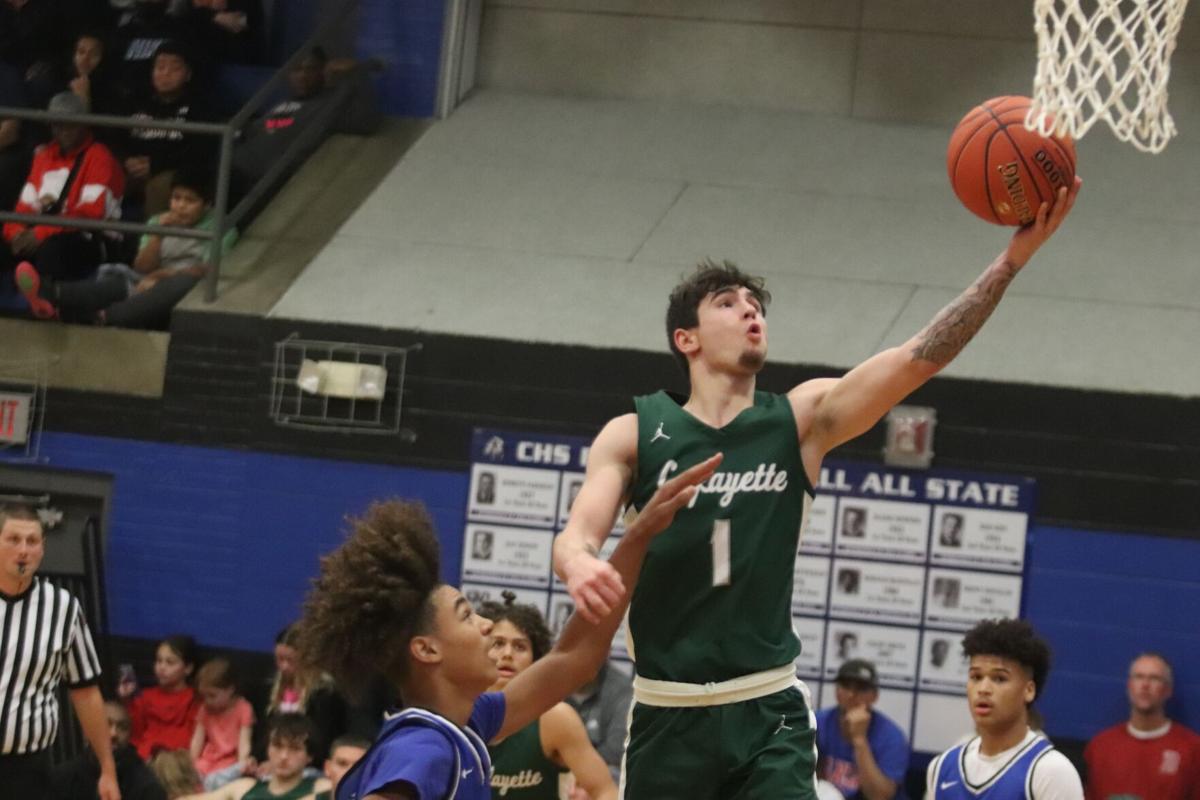 Lafayette junior Mikey Thomas drives in for a basket against Central during their City Jamboree matchup on Friday at the CHS Coliseum.

Bishop LeBlond senior Chris Guldan drives on Central defenders during their City Jamboree matchup on Friday at the CHS Coliseum.

Central sophomore Shadai Ndamboma defends a shot from Benton freshman Myles Bachali during their City Jamboree matchup on Friday at the CHS Coliseum.

Lafayette junior Mikey Thomas drives in for a basket against Central during their City Jamboree matchup on Friday at the CHS Coliseum.

The Lafayette boys were the only team to finish with more than one win in the City Jamboree on Friday at the CHS Coliseum, going 3-0 en route to claiming bragging rights over the city.

“It feels great, man. We just wanted to come out and show what we were capable of. We lost a lot of seniors and people have doubted us, saying we aren’t going to be as good,” Fighting Irish junior Camden Bennett said. “We just wanted to show them what we could do. We’ve been working for this, so it feels amazing.”

The second matchup of the night was perhaps the night’s best, between Lafayette and Benton. A pair of back-to-back three pointers from Cardinals senior Allan Coy gave Benton a 17-13 lead with three minutes remaining in the first half. Bennett did most of his damage from the line as the remainder of the game, getting fouled on three straight possessions and shooting 6-6 to take a 19-17 lead.

Benton tied it up, but a Kason Mauzey goal-tend on a shot from Irish junior Mikey Thomas. Another pair of Bennett free throws secured a 23-19 win for the Irish.

Lafayette coach Kevin Bristol touched on what he saw from the team in that game.

“That’s who we are, we’re a gritty team,” he said. “Benton came out and gave us a really good challenge tonight, we just had to dig deep, be gritty, and do the little things that help you win games.”

Benton finished the night 1-1-1, beating Central in a tight 23-20 game and tying LeBlond in a 23-23 barn burner, just barely missing out on a highlight alley-oop to Mauzey on the inbounds that would have won the game with under two seconds left.

First-year Cardinals coach Jared Boone spoke on the things he learned about his squad in their first live action.

Bristol contextualized their Jamboree win, saying this is just one checkmark on a list of larger goals.

“In the moment, it feels very good. But this is a small piece of the bigger picture,” Bristol said. “We have time to go back and work on what we need to work on and continue to improve.”

Lafayette travels to Kansas City Central on Tuesday, while Benton and Central will square off on the South Side in their opening to the regular season. LeBlond will host West Platte on Monday.