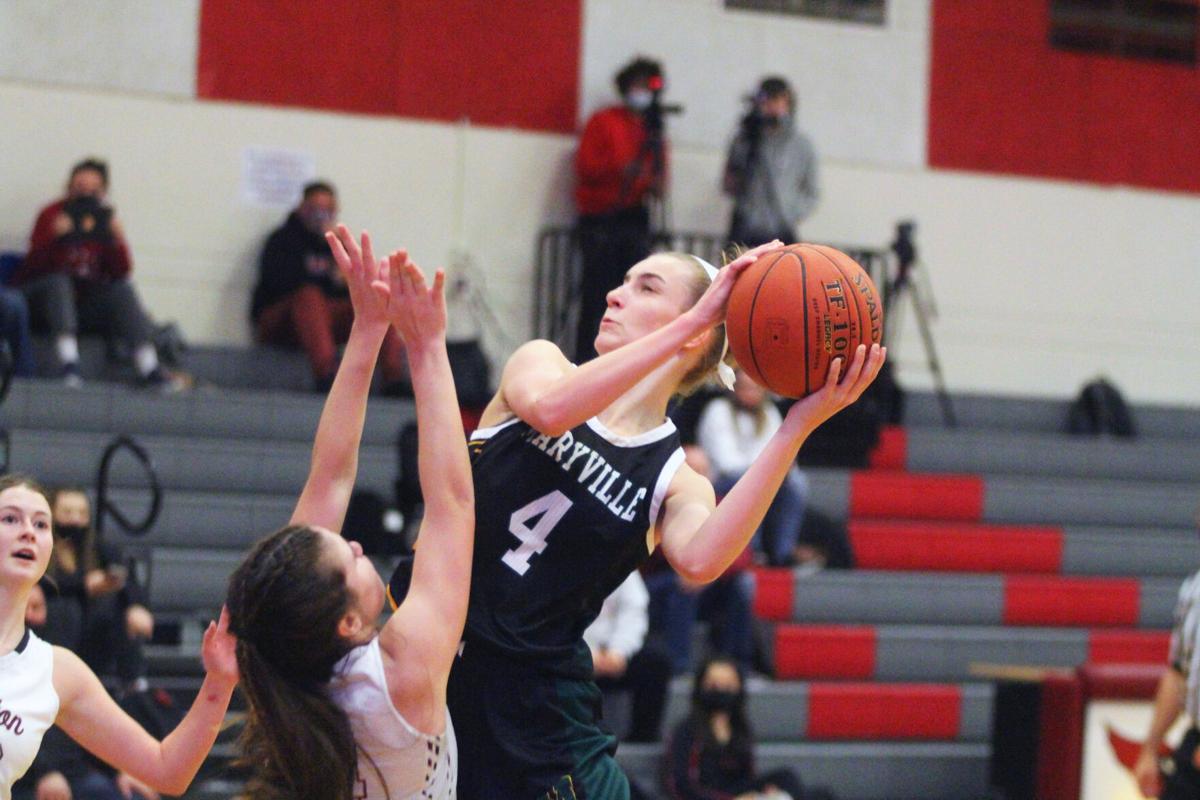 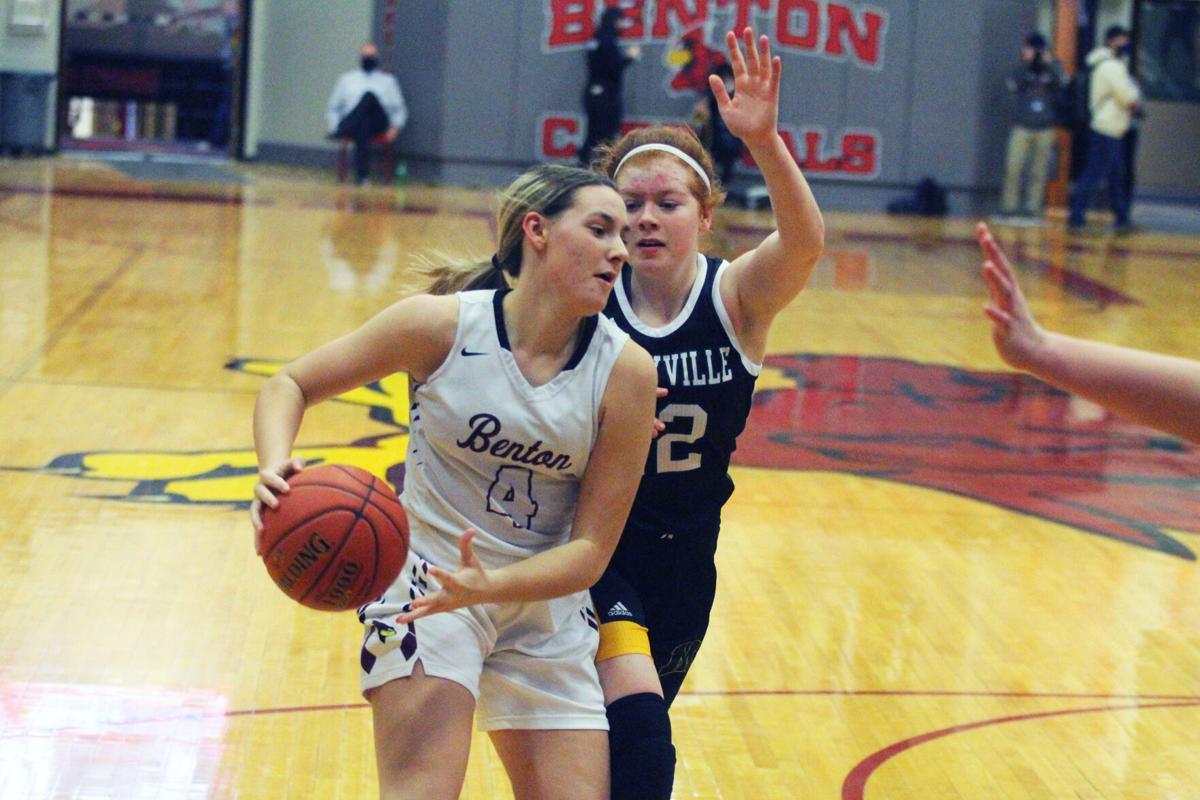 Benton junior Jaida Cox drives into the paint against Maryville during their game on Thursday at Springer Gymnasium. 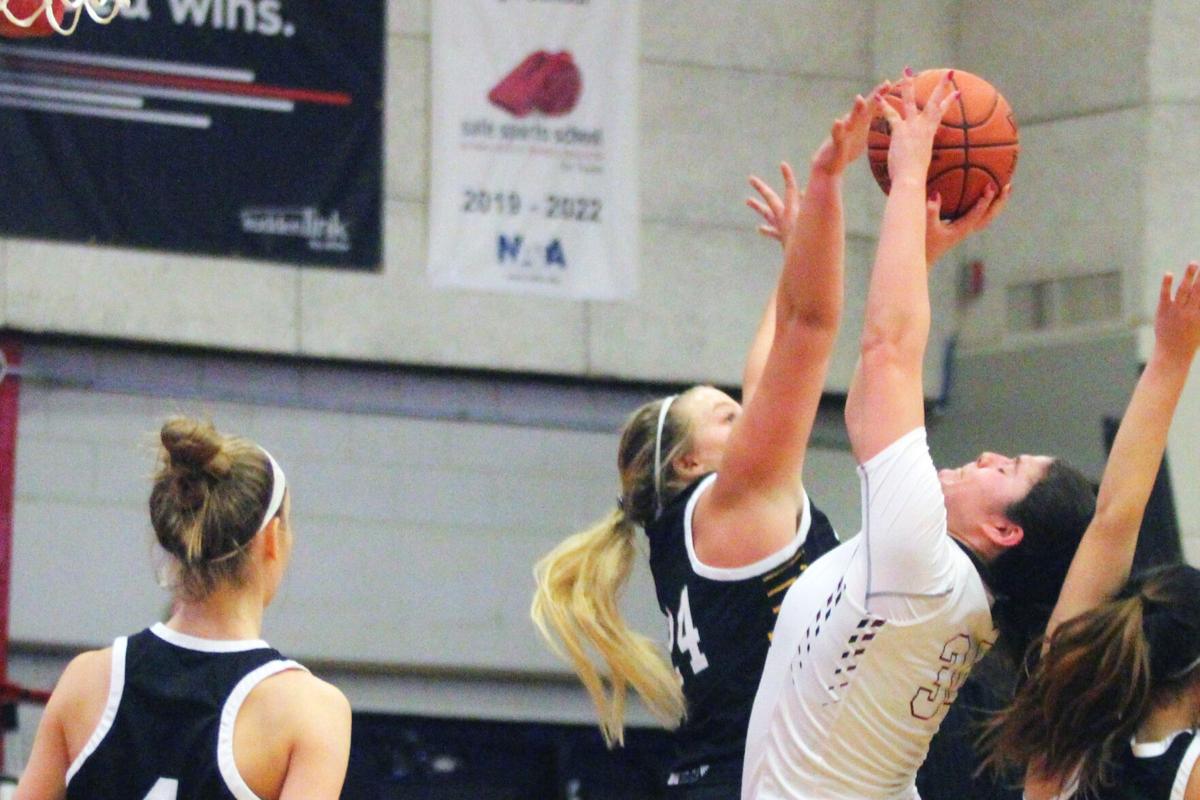 Benton junior Jaida Cox drives into the paint against Maryville during their game on Thursday at Springer Gymnasium.

The Maryville girls took care of business, holding Benton to just three first half field goals in their 57-37 win over the Cardinals on Thursday at Springer Gymnasium.

The first quarter ended 15-2 in favor of Maryville (17-1), as Benton (9-6) managed only a single made shot in the period, courtesy of junior Kianna Herrera. By the halftime buzzer, Maryville lead 31-7.

Maryville sophomore Anastyn Pettlon explains how the team was able to hit the ground running.

“It’s just having the right mindset coming into the game, playing together as a team,” she said. “Also, talking on defense.”

It was a disastrous shooting slump that Benton obviously did not expect to endure. But coach Chris Michaels has seen the way his team has overcome adversity in recent conference victories against Chillicothe and Cameron and anticipates that they’ll be able to put this aberration behind them.

“We knew coming into this thing that it was going to be tough. Obviously we didn’t expect to shoot as bad as we did in the first half,” he said. “We’ve dealt with that first quarter before against them, but I’m not worried that our girls will come right out of it.”

On the other end of the floor, the Cardinals crowded the paint as they attempted to slow down senior Serena Sundell.

Thankfully, Sundell had options on the perimeter. Pettlon and senior Emily Cassavaugh finished the game with three shots from beyond the arc in the game, and Pettlon tied Sundell for the team lead in points with 18.

“I’m pretty excited to be able to help the team and make those shots,” Pettlon said. “Hopefully when we get to districts I can pull it out again, maybe.”

Maryville coach Quentin Albrecht made sure to emphasize that the team’s three-point shooting performances are the result of hours of work.

“We start our practices every night starting at 3:30 and I usually don’t get home until 6:30 because I have to run some of those girls out of the gym,” Albrecht said. “Those girls put in the work and put in the overtime.”

He also highlighted the performance of junior Lauren Cullin on the defensive end of the floor, remarking that her selfless play is exemplified in her season stats — 32 rebounds, 16 steals, and just 19 field goal attempts.

Still undefeated in conference play, the Spoofhounds have made short work of several formidable MEC opponents as of late.

“It’s important in many aspects, it sets a tone and a mindset for you. All of these wins are just setting the tone and with it we get a little more confidence.”

Maryville will host Cameron on Monday, while Benton will travel to Bolivar this Saturday