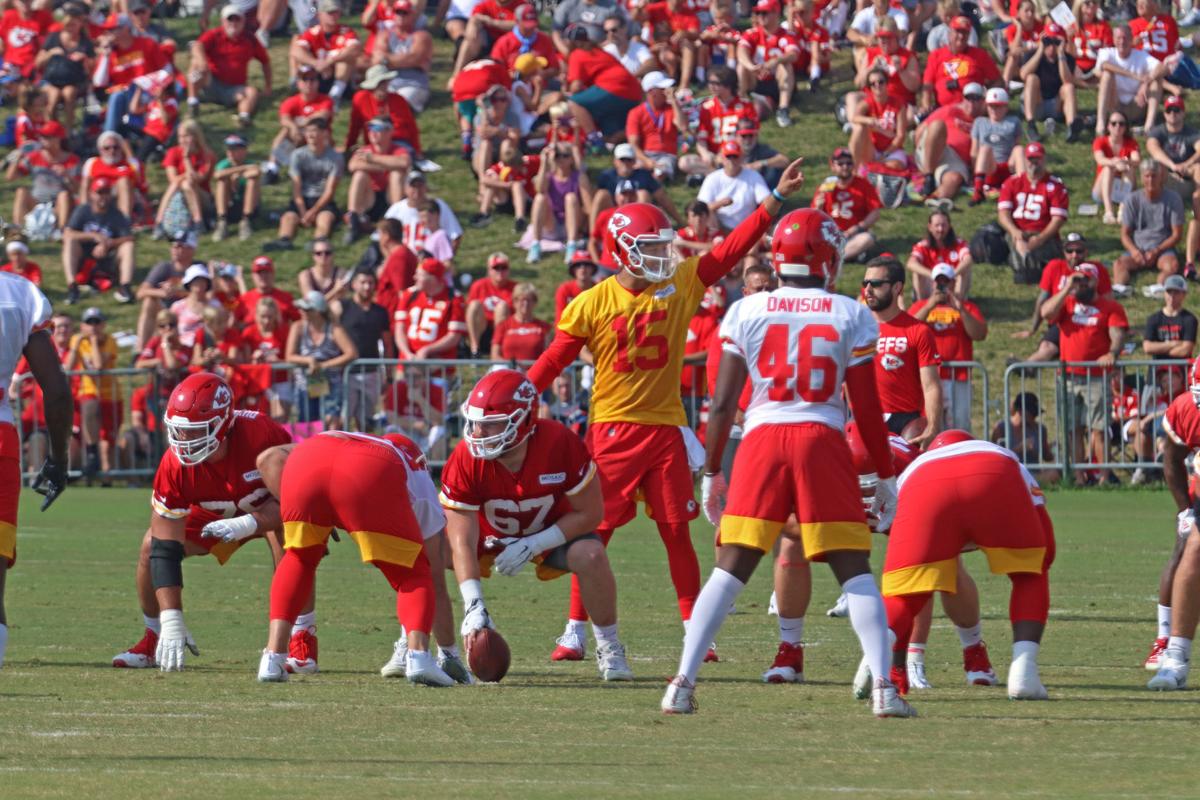 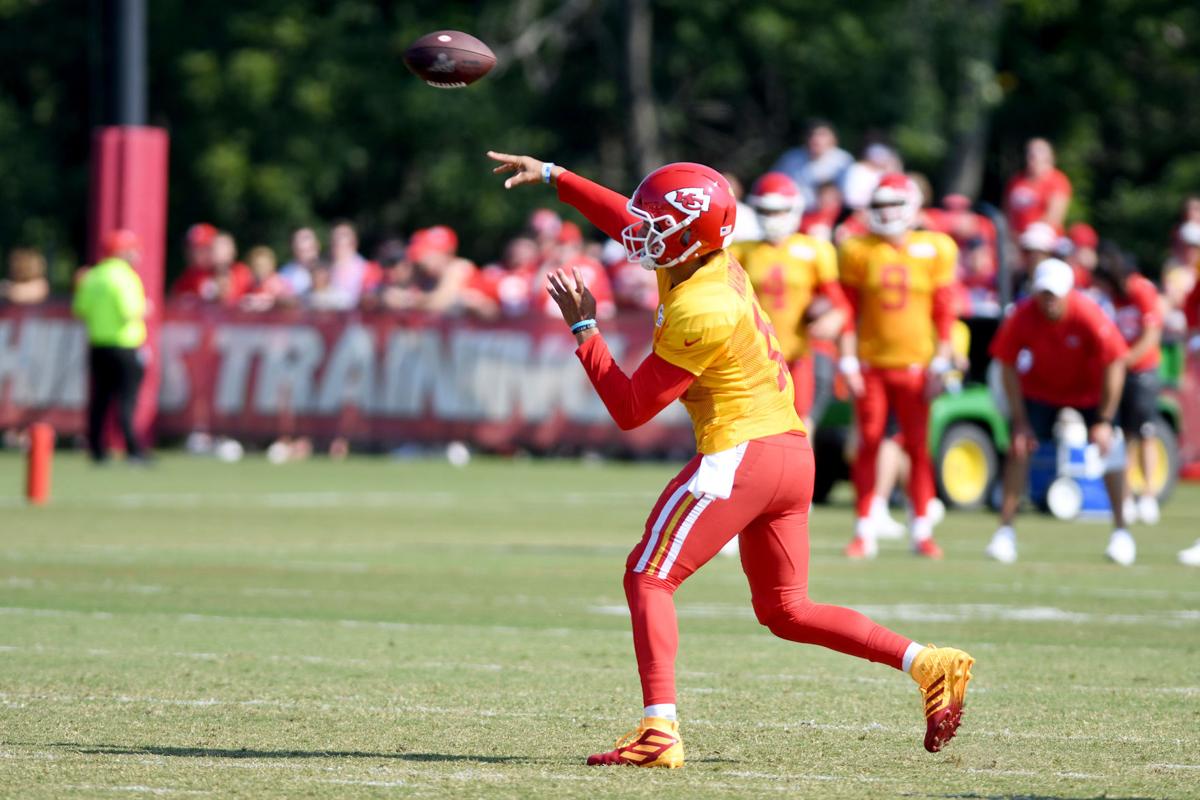 The sound of elementary students chanting his name at the top of their lungs sets the tone on an early morning at Missouri Western.

While other obligations await star quarterback Patrick Mahomes II, he jogs over to the sideline to greet the fans, many of whom will consume his cereal, hang his poster and emulate his signature hairstyle. To them, he’s a revolutionary — though they won’t understand the earlier struggles quite yet — and an idol.

But to his teammates, he’s just their quarterback.

“I just look at him, and it’s almost hard to process the growth that was there because it was so instant last year,” left tackle Eric Fisher said. “There’s so many things to experience in such a long season. To see him get something new and be able to learn from it … to be the MVP your first season as a starter was crazy to watch.

“It’s fun to still be his teammate and him being a third-year guy. He’s the MVP, but it’s still fun to mess with him a little bit. Me and (Anthony Sherman) do a little bit of that.”

Mahomes heads into his third season in Kansas City — his second leading the offense — with the world on his shoulders. Coming off an MVP season that saw brands from coast to coast line up to have his name on their product, the growth hasn’t appeared to slow down at training camp.

He was recently named the No. 4 player on the NFL’s Top 100, voted on by players across the league. Even to the top talents, it’s hard to describe that of No. 15

Denver linebacker Von Miller noted how Mahomes dominated the Broncos defense as a rookie, leading the Chiefs to a Week 17 comeback.

Washington running back Adrian Peterson chimed in, saying “When I (saw) him throw that ball, I was like, ‘Oh my god. Alex (Smith), you’re in trouble. That kid has to get on the field and he has to play.”

While others around the NFL gasp at Mahomes’ abilities, and his teammates laud the throws he makes day-in and day-out, they just see another teammate.

“You can’t be out here having surreal moments. We’re all professionals who have gotta play,” rookie receiver Mecole Hardman said. “I’ve gotta catch the ball, he’s gotta throw me the ball. If you go out there being in ‘Wow’ mode trying to catch balls from Pat, you’re not ever gonna catch a ball from Pat because you’re not gonna make it on the field.

“There’s no time for surreal. We know what jobs we’ve gotta do.”

To his head coach, the message is the same heading into his second training camp as the starting quarterback.

“I want them to push the limits of the offense. Find out what you can do so when you get into the game, you’re not throwing interceptions, if possible,” Reid said. “You’ve already experimented with that and you have an idea of what I can get away with and what I can’t get away with. That’s what we do out here.”

“But there are things he can work on now that are important and there are going to be things when he’s a 15-year vet that he’s still going to have to work on.”