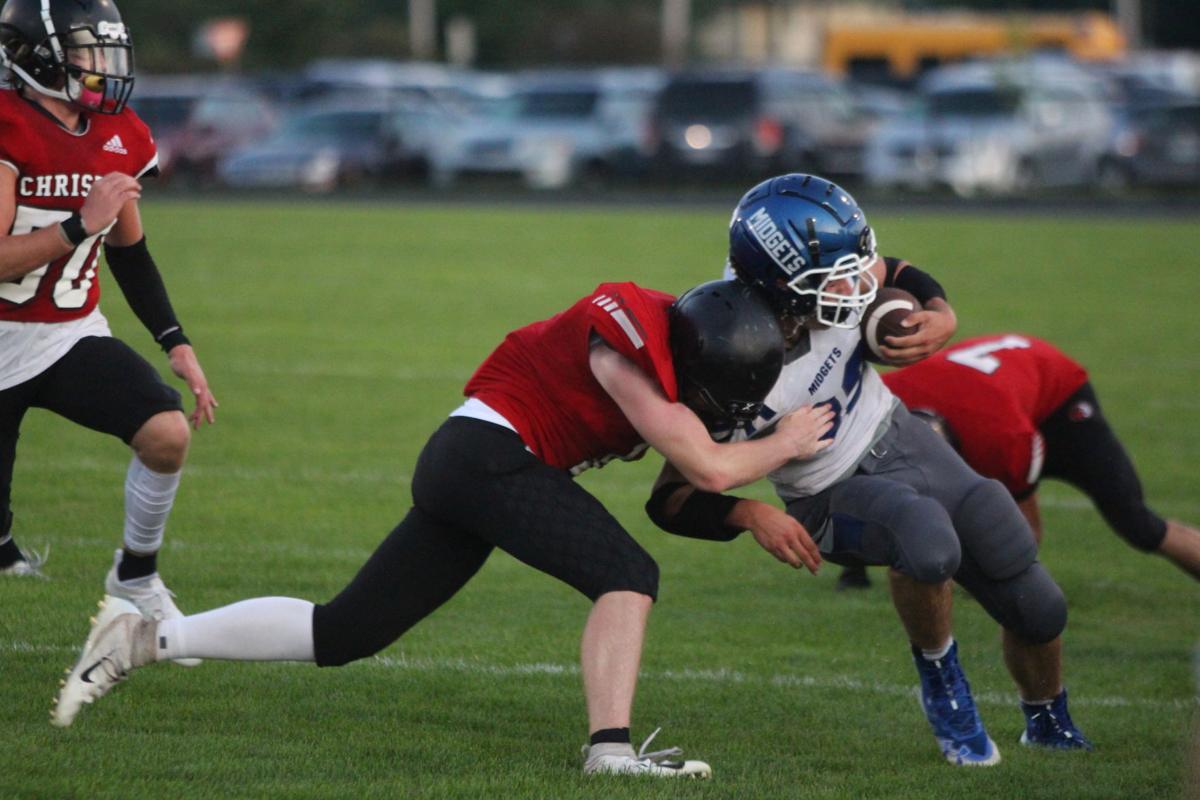 St. Joseph Christian senior Grady Kellam has been speaking his football career into existence since he was a kid.

“I always told my parents when I was growing up, ‘I’m going to go to college. I’m going to play football. I’m going to get to the NFL,’ and all this stuff. It’s just crazy that that’s just the next step and I’m able to take that,” Kellam said.

Set to play for Ottawa University after graduation, Kellam will compete as a safety for the Braves.

“I honestly feel blessed. I got to thank God for everything because he put it into action and honestly, it feels good to say that I can go to college and play the sport that I love,” Kellam said.

Developing his skills on defense, however, took some time.

“Freshman year, I didn’t have much skills going into it so they kind of had to mold me into the player I am today, and Coach Schenk definitely helped me out with that a lot, teaching me how to read the offenses and just how to play the game right,” Kellam said.

“Grady as a player, as a teammate, he’s got a lot of really good leadership qualities and it’s something that I know he’ll take with him to the next level. I have no doubt with hard work he’ll be successful there, his leadership will shine through and if he just sticks with it, he’ll be successful,” Lions head coach Troy Schenk said.

Kellam played as a tight end and wide receiver for the Lions, but ultimately felt most comfortable in acting as the last line of defense.

“For football this year, I got to do down in the box, which means I got to hit people a lot harder than most people do,” Kellam said. “So, I found joy in just coming down, hitting people hard and I found a lot of fun in it. I find defense more fun.”

Around 11 colleges showed interest in Kellam, he said, but Ottawa stood out above the rest.

“I talked to the coaching staff and I felt like they were more real with me. I felt like other people were just trying to sugarcoat me. When I talked to the defensive coordinator he said, 'Yeah, you’re a good player, but here’s what you need to fix.’ Nobody told told me that,” Kellam said.

“Part of it is that he worked hard to get to the spot where he’s at and to get enough noticed that college coaches would want him on their team. He put in the effort and he put in the work,” Schenck said.

Kellam’s time as a Lion will forever be ingrained in his memory, particularly one moment his junior year playing football that he recalled as “the most hype moment I ever had in my life.”

“We played Orrick, which was the 5th-ranked team in the state at the time, and we had yet to win a game at that point,” Kellam said. “We upset them on a last play, it was like fourth and one, I think, and the quarterback rolls out to the right and me, John Gregory and Trey Smith just destroy the kid and pushed him out of bounds.”

Kellam plans on putting on weight and gaining speed this summer to prepare for college level competition as a Brave.

“I think his best football is in front of him. He really improved these last two years and I think there’s a lot of untapped potential. He’s just starting to figure things out and so I think the sky is the limit, so to speak, as far as what he wants to do with his football career and it’s there for him,” Schenk said. “I’m so excited to see him play at the next level.”