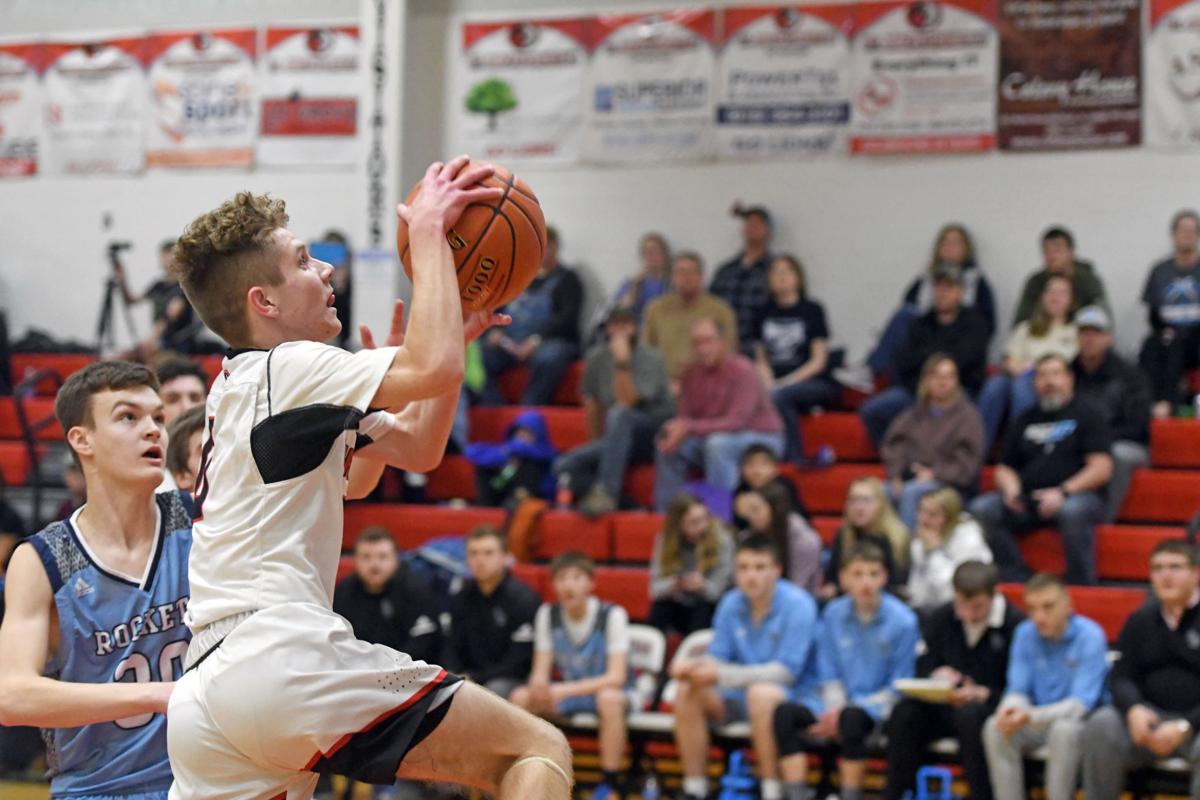 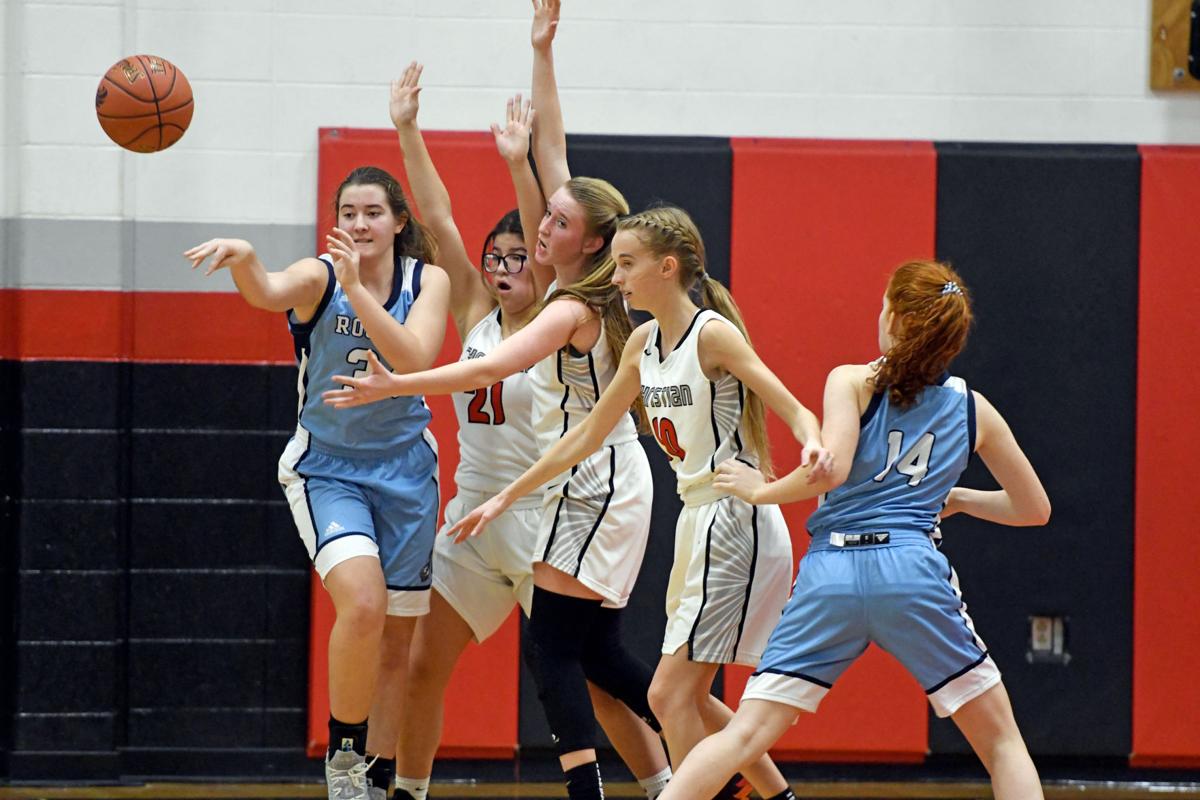 Lions are known for running after their prey, but the St. Joseph Christian Lions ran away from West Nodaway and lit up the scoreboard on Thursday night.

The Lions boy extended their winning streak to three games thanks to a 67-38 victory over West Nodaway at St. Joseph Christian High School. This victory over the Rockets was mainly fueled by a 19-point night by junior forward Landon Swavey and a 16-point contribution from senior point guard Brooks Jorgensen.

For Swavey, Thursday night’s triumph was due to his team’s strong showing in the paint.

“I’d say it’s one of the better nights,” Swavey said. “We gave a lot more effort, and we had more players crashing the boards and putting up the rebounds and just being way more aggressive than I’ve seen for the year. I just tried crashing every board I could.

Christian’s aggressive pursuit for points inside is nothing new this season for coach Neal Hook, as this is something he and his team have emphasized all season long.

“We feel like that if we can get the ball in the paint, it might open up some of our perimeter shots, so we wanted to get the ball inside a little bit more to see if we can get some higher-percentage shots,” Hook said. “If they’re not there, we’d be able to kick it out there for the three.”

The 3-pointers were there when the Lions needed them as they hit four on the night. What was also there for Christian was Swavey’s excellent play, something Hook has expected to see.

“Well, Landon played with a lot of consistency,” Hook said. “He just had a nose for the ball coming off the boards, so he got a lot of offensive rebounds and putbacks.”

According to Swavey, this current winning streak for the Lions is the result of the team developing more chemistry and becoming more selfless.

“I’d say we’ve played as a team more often now,” Swavey said. “We’re starting to see more cuts open. We’re just getting the ball up and not being selfish.”

While the team is playing better together on the court, Hook has noticed his team’s defensive efforts have also picked up, as the Lions are only giving 30 points per game during this stretch.

“Defensively, we really stressed the fact that if we can get out and put some pressure on people, maybe we can generate some turnovers and have those turn into some positives for us on the offensive end,” Hook said.

The Lions (7-2) travel next Tuesday to Pattonsburg (5-3) in hopes of matching their four-game winning streak that they achieved during the start of the season.

The Lions took care of business 34-20 thanks to an 18-point effort by Lion freshman Ella Bowman. The Lions went up 12-2 in the first quarter with Bowman scoring eight of those points. The Lions didn’t reach double digits in any other quarter, but it didn’t matter as the Rockets offense struggled all night.

West Nodaway only scored four points in the second quarter and scored a high of eight during the third. Rocket sophomore Piper Hunt led her team with seven points but couldn’t lead a late comeback push in the fourth.

The Lions (3-5) broke a three-game losing streak and will travel on Tuesday to Pattonsburg (5-3). The Rockets are still winless after seven tries and will welcome North Nodaway (5-3) next Tuesday to their home court in West Nodaway.