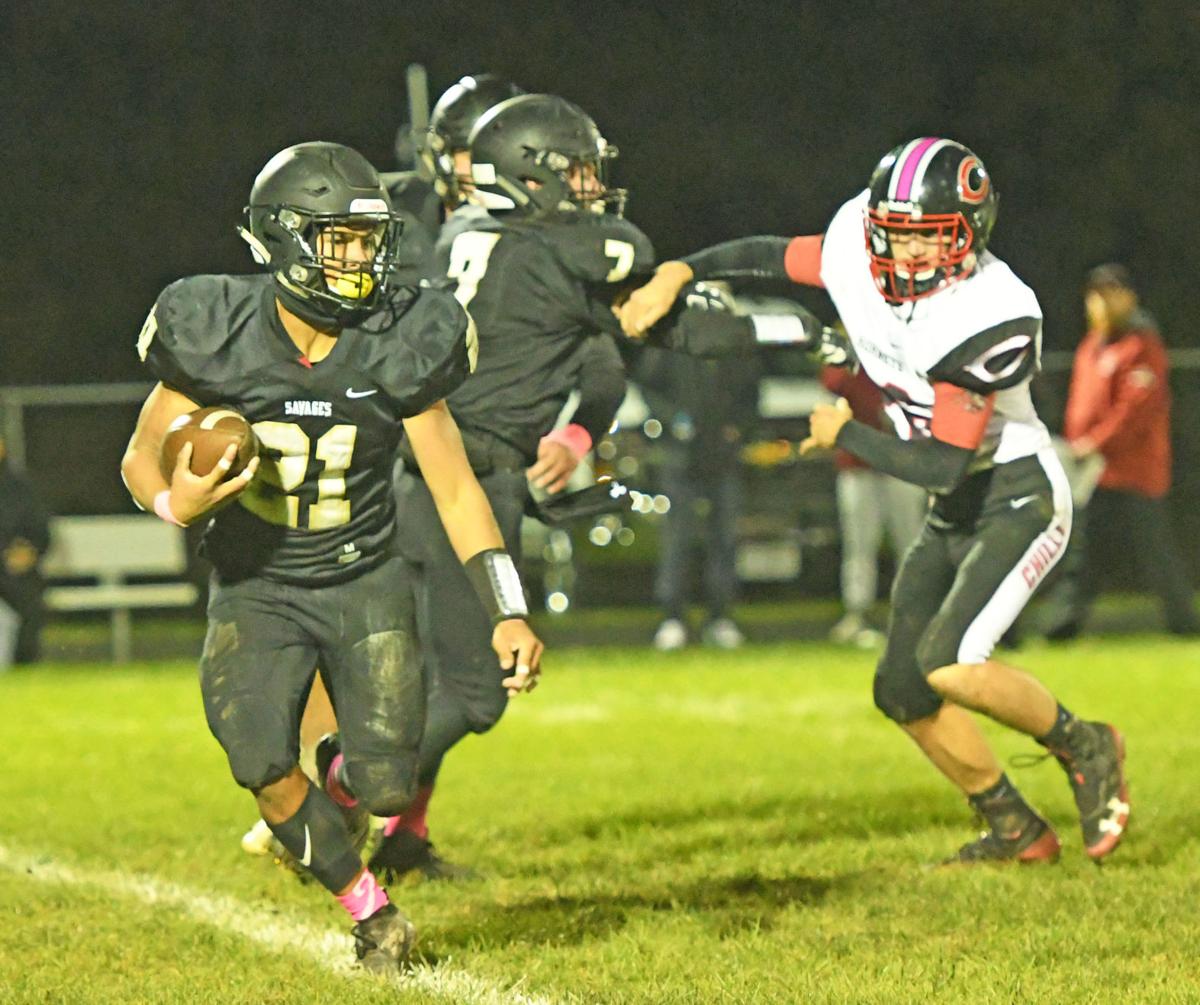 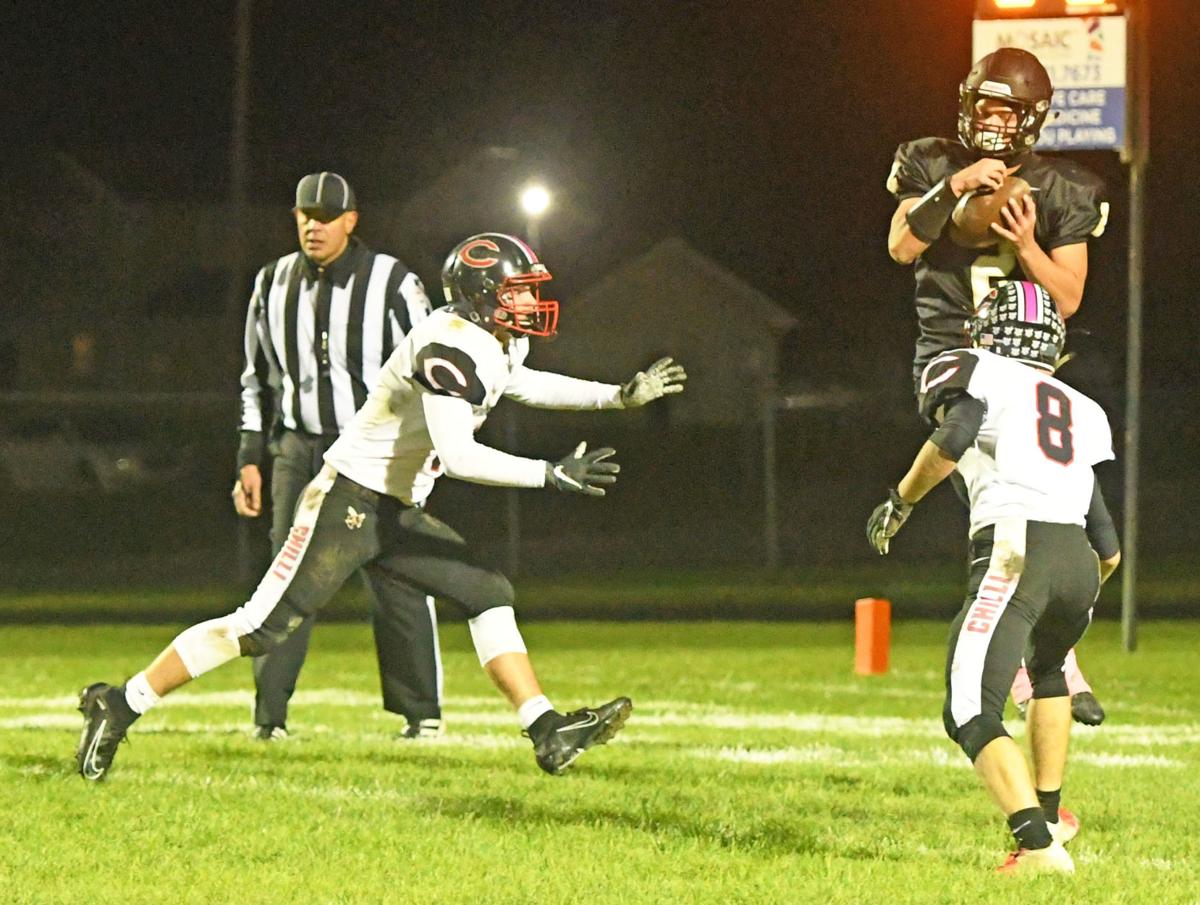 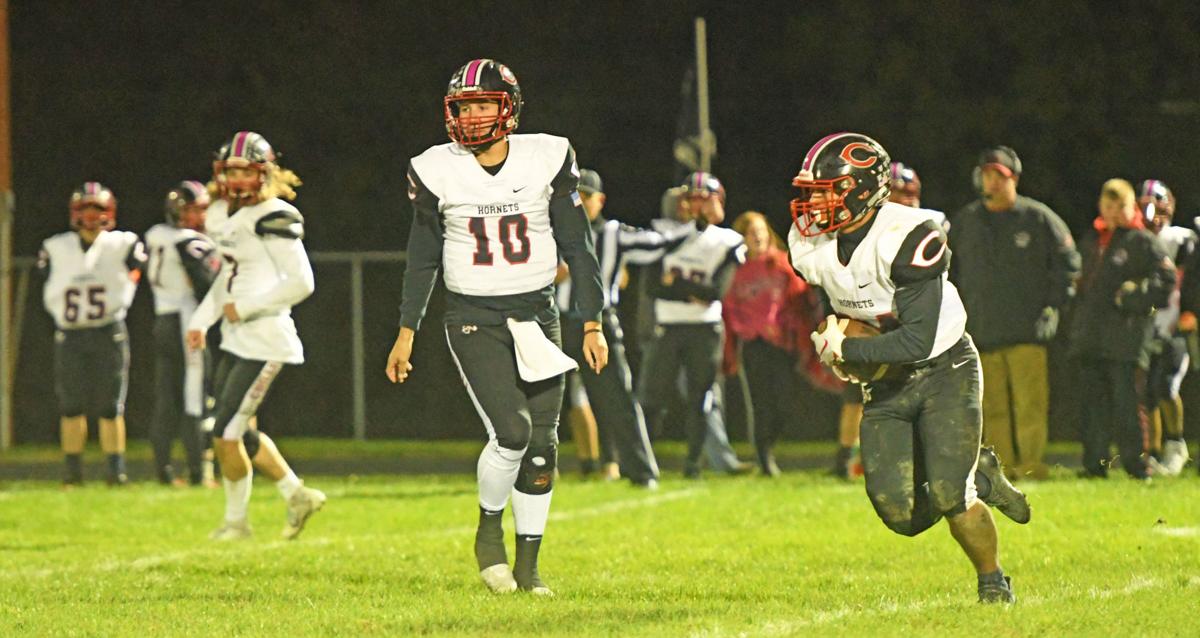 The Chillicothe Hornets fell to the Savages 49-14 in Savannah, Missouri.

The Chillicothe Hornets fell to the Savages 49-14 in Savannah, Missouri.

SAVANNAH, Mo. — Savannah closed out their hunt to make it to a de facto MEC title game in Week 8 by defeating Chillicothe 49-14 on Friday.

“I thought we were in control early and then we started turning the ball over. That’s very uncharacteristic of us,” Schrader said. “When you make a great catch and fumble the ball or make a great run, we did some things that allowed them to stick around and we finally got some things fixed in the second half.”

The Savages scored first with a Noah Bodenhausen run from 50 yards out to give Savannah a 7-0 lead just two minutes into the contest.

Later in the first, Evan Yount broke multiple Hornet tackles to extend Savannah’s lead to 14-0 with a 3-yard rushing touchdown.

“Their defense threw some things that we weren’t ready for, but we made adjustments and made plays,” senior quarterback Chase Spoonemore said. “Our defense played really well, lots of turnovers. But we need to take care of the ball, I turned it over a lot and as an offense we turned it over a lot.”

The Hornets answered back with a triple-option play, Landon Winder pitching to halfback Kam Ward to cut the deficit to 14-7.

With two minutes left in the first quarter, Landon Winder’s connection to Dawson Wheeler tied the game at 14.

Schrader added, “They were down 14-0 and they came right back and tied the football game, so that showed some real character on their part and I don’t think they would have done that last year. I think (Tim) Rulo has done a great job there.”

The Savages would take control the rest of the way, ending the first half with a score of 28-14. Savannah scored its final 21 points in the second half.

“I thought our offensive line played really well as a whole and our defensive staff did a great job at making adjustments at halftime and being able to shut down their option game,” Schrader said.

Chillicothe head coach Tim Rulo added, “They made some changes and kept getting better so I was really impressed with that and again that’s the mark of a good team. A team that continues to get better throughout the game…. They kept going and we just didn’t do enough.”

The Savages upped their win streak to six without a conference loss and continue their the hunt for the MEC title next Friday at Maryville (5-1). The Savages and Spoofhounds will meet in the Highway 71 Showdown as the only two MEC teams without a loss at 5-0 in conference play.

Schrader said the team’s focus going into next week is to remain healthy in order to play physical football against the Spoofhounds.