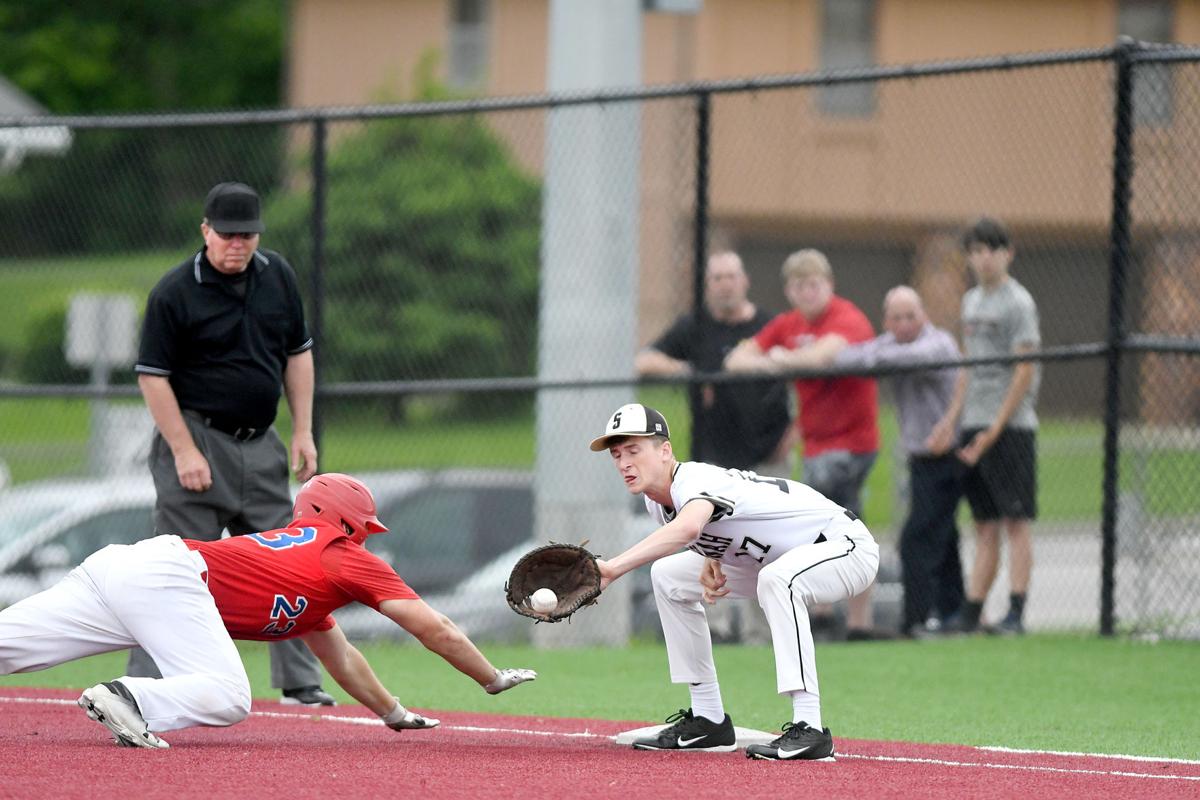 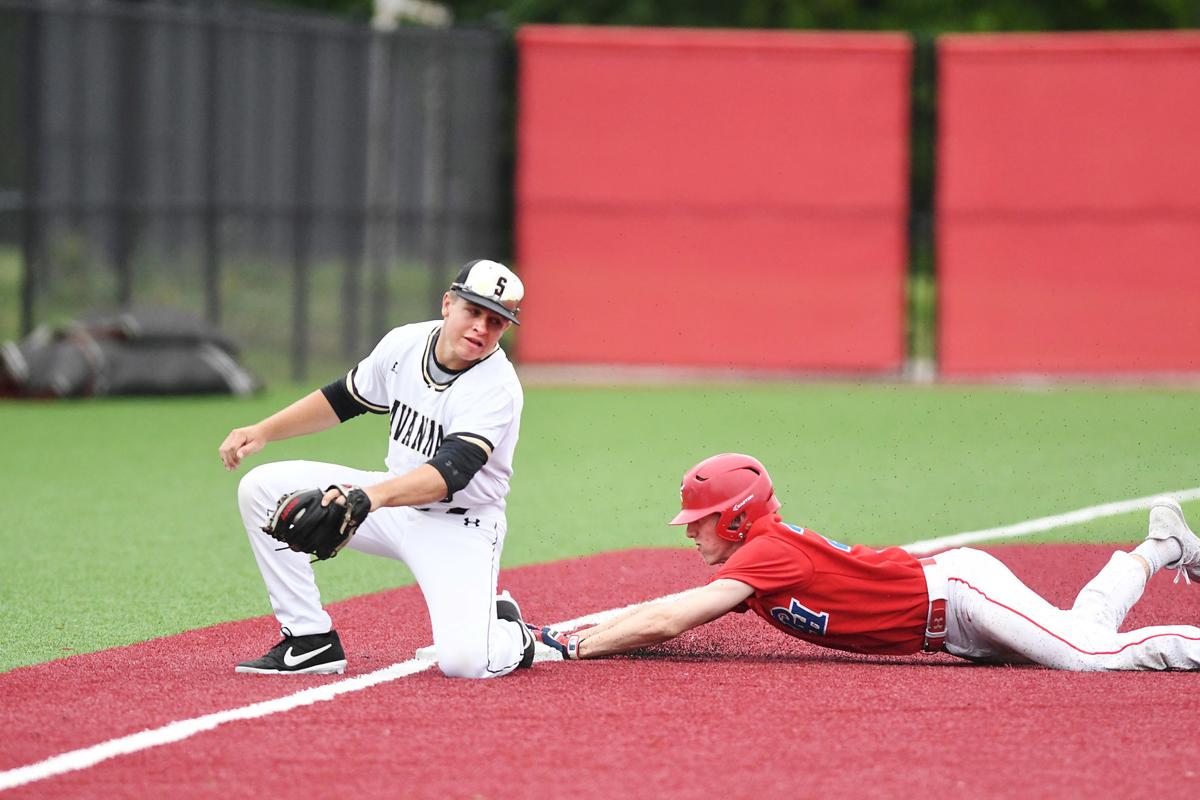 Savannah senior Dakota Spicer scrambles to force out a Pembroke Hill baserunner during the Class 4 Quarterfinal on Thursday at Raytown South High School. 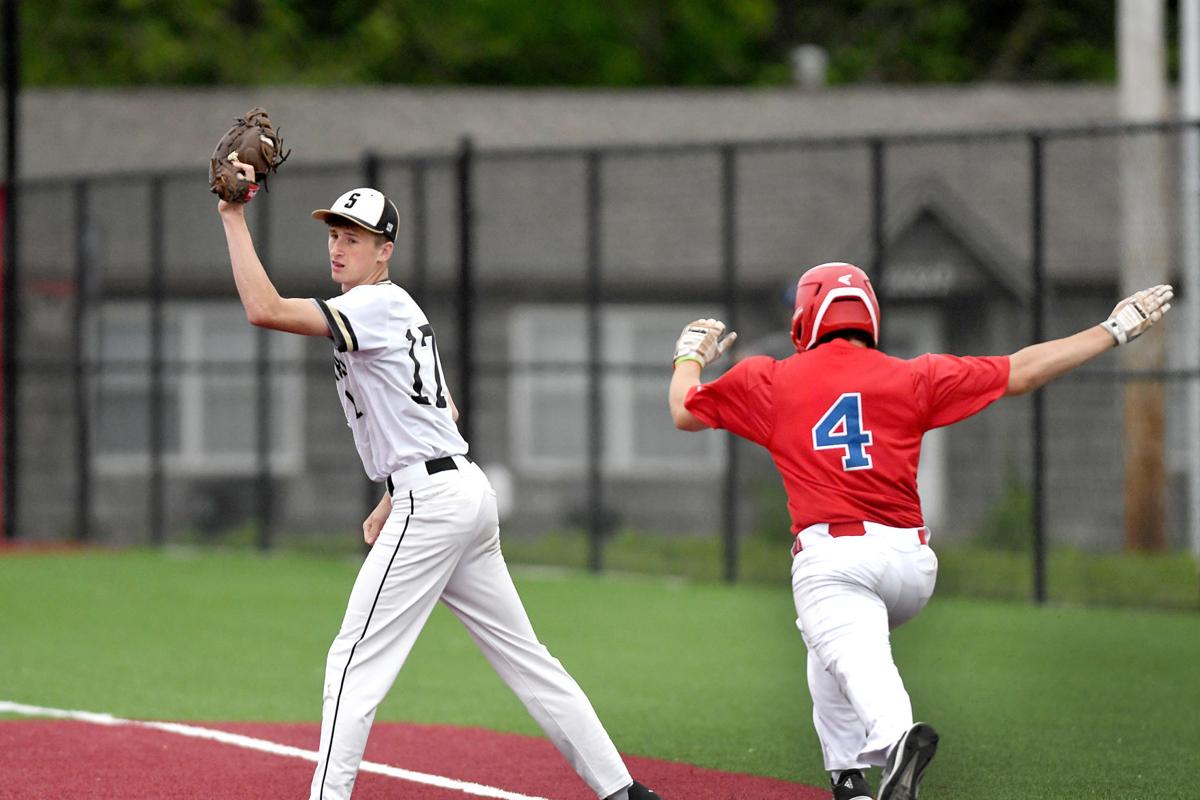 Savannah senior Micah Diamond ends the game with an out at first base against Pembroke Hill in the Class 4 Quarterfinal on Thursday at Raytown South High School.

Savannah senior Dakota Spicer scrambles to force out a Pembroke Hill baserunner during the Class 4 Quarterfinal on Thursday at Raytown South High School.

Savannah senior Micah Diamond ends the game with an out at first base against Pembroke Hill in the Class 4 Quarterfinal on Thursday at Raytown South High School.

RAYTOWN, Mo. — It took a brilliant effort from junior Braden Berry on the mound and a bit of resilience to respond to some early falterings.

But with their 7-3 victory over Pembroke Hill on Thursday at Raytown South High School, the Savannah Savages are advancing to the Class 4 state semifinal for the first time since 2012.

With their most formidable opponents yet still on the horizon, coach Erich Bodenhausen thinks his team is reaching their peak at just the right time.

“We’re excited about it. We knew we had a good team, but it takes a lot of skill and a little bit of luck to do what we’ve done,” Bodenhausen said. “We realize that, and just hope we can keep going.”

Pembroke Hill (20-7) started the game aggressively, getting the drop on Savannah (25-1) several times as they took any opening they had to advance on the bases.

When the top of the inning was over, the Savages found themselves in a 2-0 deficit.

“That first inning I kind of struggled through the first 30 pitches,” starting pitcher Berry said. “Thankfully, the offense was able to respond.”

The Savages rattled off five runs in the bottom of the inning, highlighted by a two-RBI double into left field by junior Chase Spoonemoore, building upon his strong batting performance in Wednesday’s sectional round.

When the Raiders took the plate in the following inning, the best was already behind them. Berry allowed just two more base hits and threw six strikeouts the remainder of the game.

Junior Noah Bodenhausen touched on their quick and severe response in the first inning.

“To come out and immediately answer, that’s phenomenal. We knew we could score runs and we came right out and did it,” Noah said. “It’s a big confidence boost to go out and have the lead their from the start, and the defense and pitching came through.”

There are several common sentiments that show up in discussing this Savages team. One is their insistence on taking their season game-by-game, and another is the close-knit nature of this season’s unit.

Berry elaborated on the team’s bond.

“Practice, when we play together every day, we grow closer as a family,” Berry said. “It’s the Savage way, we just feed off of each other.”

Noah Bodenhausen expressed gratitude for having the opportunity to carry on their season and hopefully make school history.

“It’s great to come out and be a part of this, people are gonna remember that,” Noah said. “We’re real tight together, we all like each other and like to have fun. So it’s always great.”

Savannah will have a week off before they have to travel to O’Fallon, playing 22-8 St. Dominic in the semifinal next Thursday.