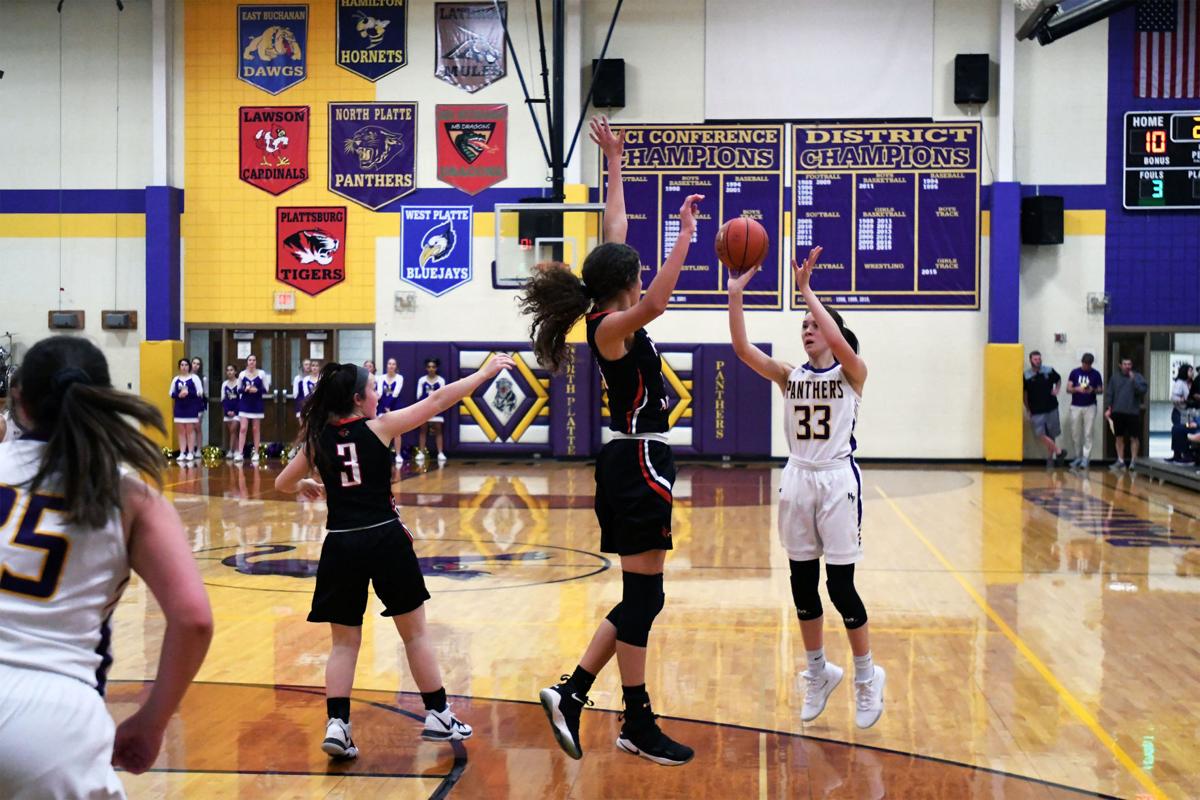 North Platte’s Josie Roach shoots a three Wednesday in Dearborn, Missouri. She led all scorers with 18. 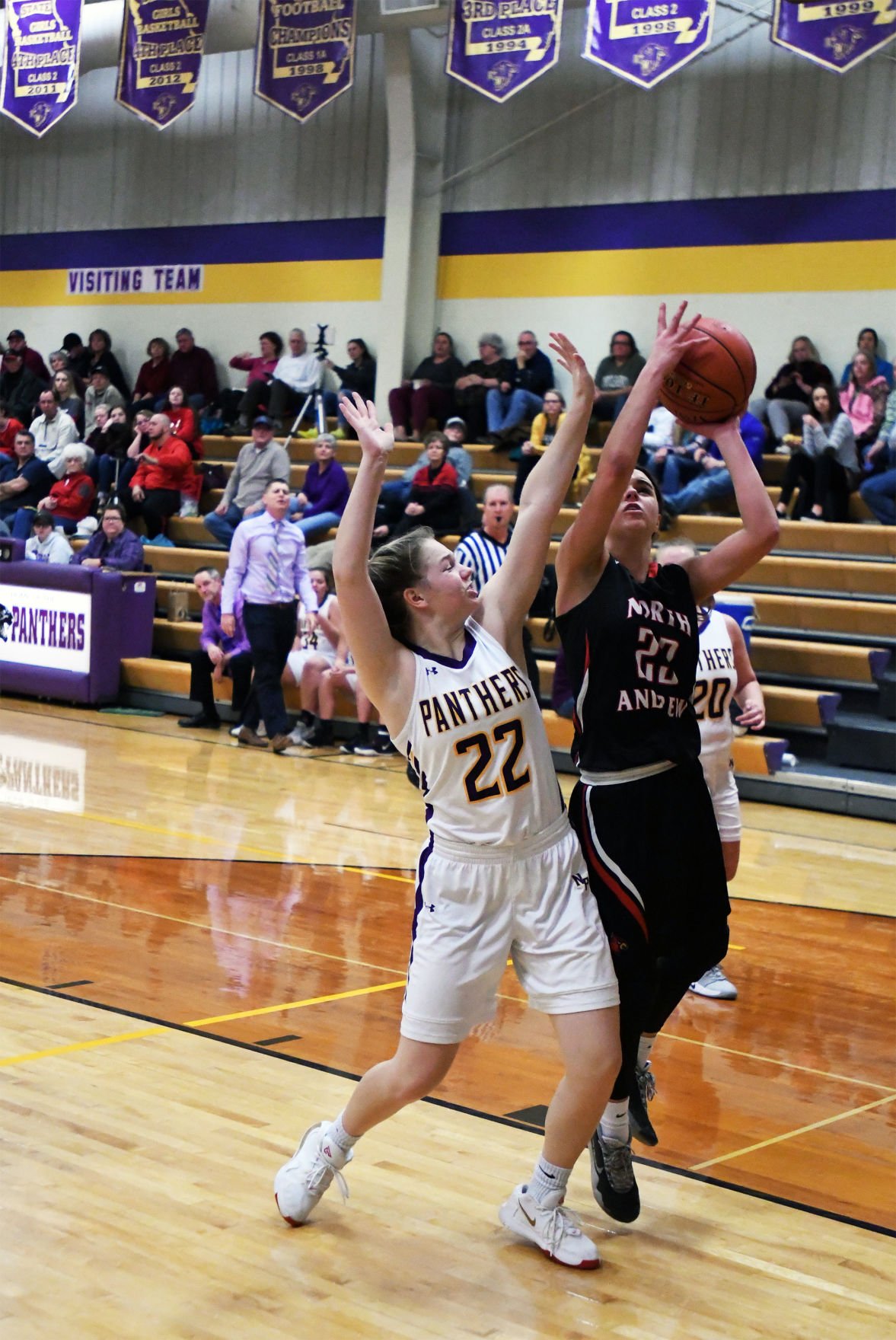 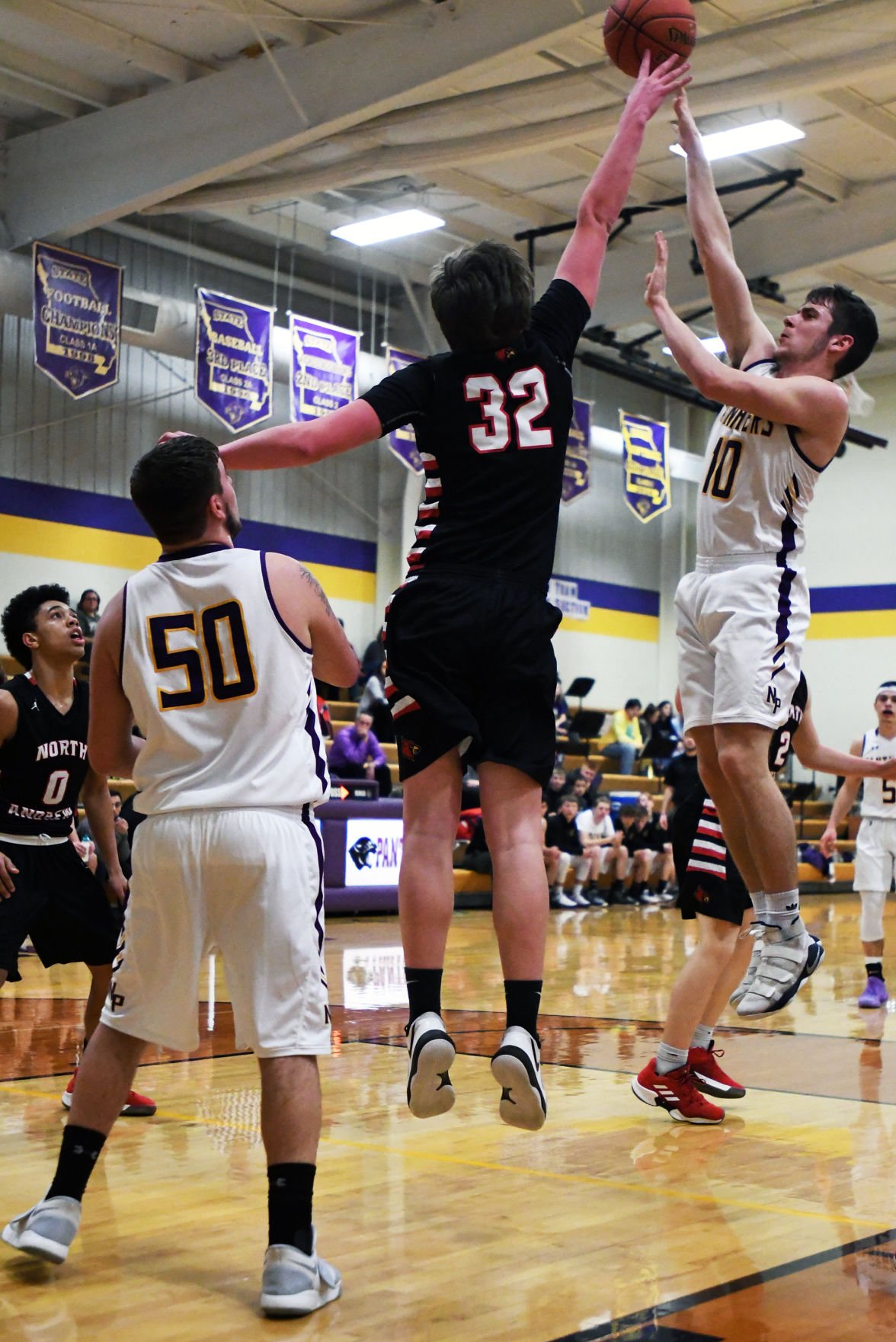 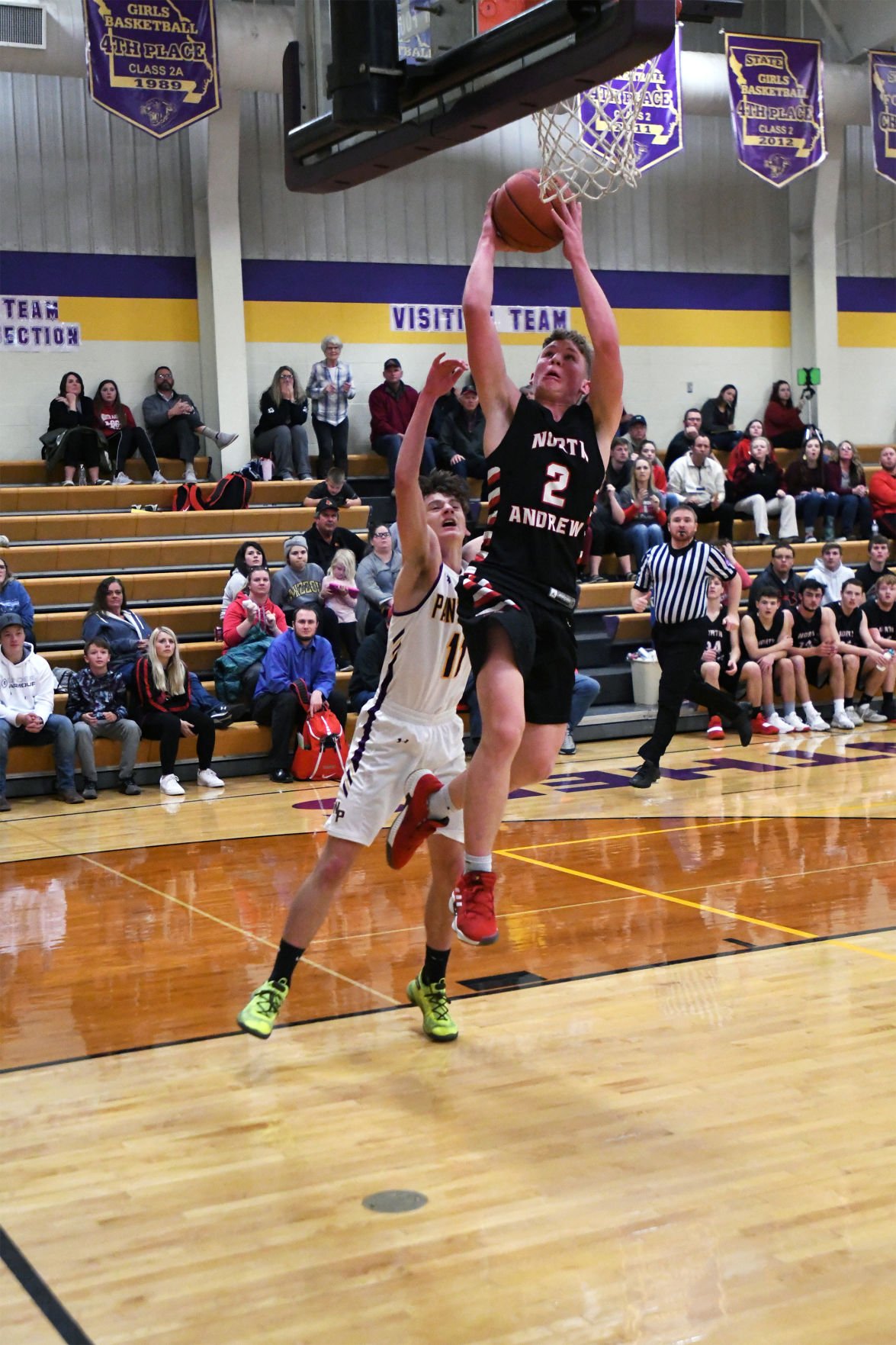 North Platte’s Josie Roach shoots a three Wednesday in Dearborn, Missouri. She led all scorers with 18.

The North Andrew boys and girls basketball teams headed South to Dearborn, Mo. to play a double-header against North Platte.

The girls were up first that saw North Platte take a competitive first half and run away with a comfortable 54-42 win over North Andrew.

Leading the way for the Panthers was sophomore guard Josie Roach with 18, including 12 in the first half. Roach was the catalyst for the Panthers all game and her ability to complement the forwards is a huge boost for her team according to North Platte head coach Ryan Davis.

“Josie does a nice job of giving us some balance from the outside,” Davis said. “She can penetrate, she can shoot the three, she made some baskets that were big for us.”

Both teams went through scoring droughts throughout the game in large part to the defensive pressure both teams were providing. Davis thought his girls could’ve been a little sharper on offense, but their defense helped bail them out.

“We didn’t necessarily have our A-game, but we did enough and made enough passes to get the win,” Davis said. “I thought we did a good job pressuring, creating some steals and getting some easy baskets. If we didn’t have those easy baskets we would’ve been in trouble.”

North Platte had a lead for the entire game, but the Cardinals were able to make it close early, making it 15-14 halfway through the second. North Andrew could never get over the hump and saw North Platte’s lead continue to slowly grow from there.

Head coach Chris Michaels knows his team his young and that they are going to be inconsistent at times. He wants to see growth and improvement from his girls each game.

“They’re a good team that has played together for a long time,” Michaels said. “We are still a really young team, but we got some flashes today. There was about 10 percent of the time today we saw what was going to be us. We are not happy about the loss, but we are happy with the way we played.”

The boys played in a back-and-forth, tight game that saw the North Andrew boys prevail 41-38.

North Andrew got out to a quick start and had a 10-2 lead early in the first quarter, but saw that lead evaporate as North Platte would go on a 14-0 run and lead 16-10 midway through the second quarter and lead 18-14 at halftime.

“I told them to settle down, calm down. We are a good ball team,” Bryson said. “We’ve been in a lot of close, tight games. We’ll find a way. We just need a stop, get a score and get things rolling our way.”

The two teams would continue to go back and forth in the third quarter with nobody gaining an edge. North Andrew senior Jaden Baker did not paly in most of that third quarter due to foul trouble, but made huge impact. Baker hit a go-ahead three to give the Cardinals their first lead since the first quarter and then followed it up with a third quarter buzzer-beater to give North Andrew a 30-26 lead before the final quarter.

“Before the second half started, coach told me that, yeah I have fouls, but in order for this team to play the way we want to, I need to keep my head up,” Baker said. “That helped me a lot and got me mentally tough. I knocked down those threes and I knew we got this.”

North Platte was never able to get the momentum back on their side and they were playing catchup the rest of the game.

“It was an interesting game. North Platte came out really intense, really physical and it caught us off guard a little bit,” Bryson said. “They are really well coached and had a good game plan, but I was proud of our boys. We didn’t have our A-game, but we were able to settle down, fight back and win.”

Tanner McDaniel lead the Cardinals in scoring with 16 while Cameron Leupold also had 16 for the Panthers.