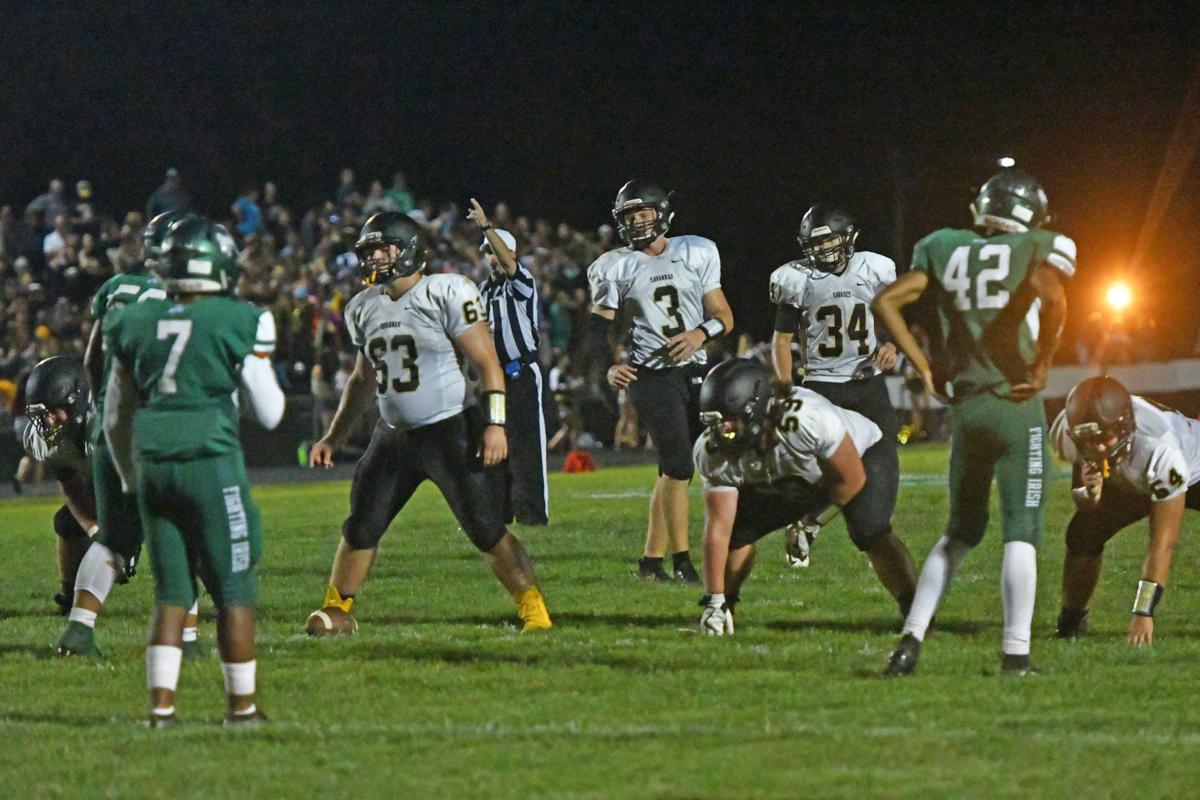 Savannah senior quarterback scored a total of five touchdowns in the Savages’ 40-21 win over Lafayette. 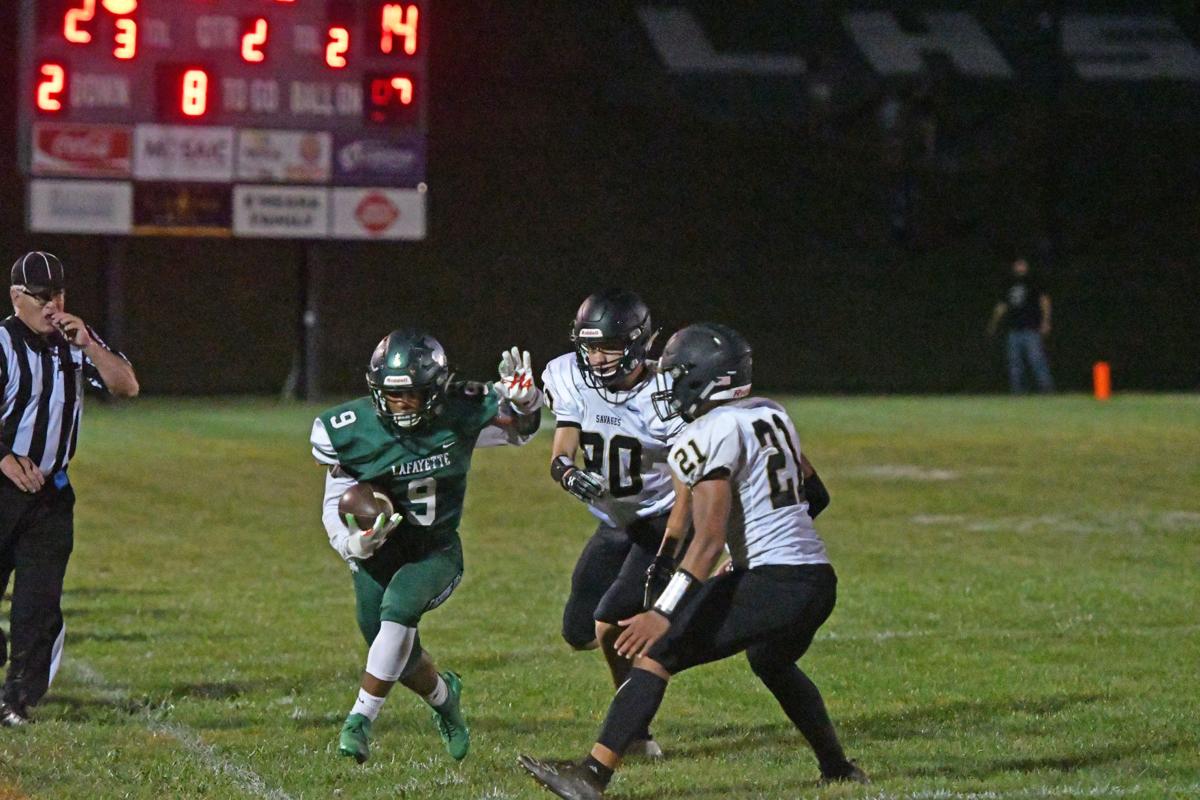 Lafayette junior Miles Henderson runs the ball to the sideline as the Savages look to tackle.

Savannah senior quarterback scored a total of five touchdowns in the Savages’ 40-21 win over Lafayette.

Lafayette junior Miles Henderson runs the ball to the sideline as the Savages look to tackle.

It was a battle of star quarterbacks as Lafayette hosted Savannah for its homecoming game, but the Savages dominated the Fighting Irish with 580 total yards in a 40-21 victory Friday at Alumni Stadium.

“It’s our conference opener, so we’re just happy to get out here with a win,” Savannah head coach Randy Schrader said. “I mean it was an ugly win, but it’s a win. A win’s a win.”

Savannah (3-1) senior quarterback Chase Spoonemore took the night by storm with a total of five rushing touchdowns and over 340 yards on the ground.

Spoonemore ended the first half of the game with 12 points scored by himself, including a 50-yard run into the endzone and another keeper midway through the second quarter.

“He’s our guy. He’s our trigger puller and we rely on him a lot. He’s a good football player. He’s a good athlete,” Schrader added.

Meanwhile, the Irish’s first points on the board came on a safety in the first quarter, but that result didn’t amount to the effort put forth by Lafayette senior quarterback Daeton McGuaghy.

In the second quarter, Spoonemore’s handoff to junior Evan Yount found its way into the endzone from nine yards out to extend the Savages’ lead to 14-2.

“They played hard, I’ll give them credit. Lafayette played hard. McGuaghy is all he’s cracked up to be. He gave us a lot of trouble so that’s all part of it,” Schrader said.

The Irish (2-2) senior gave the crowd a rushing score of his own to bring the score to 14-9 with eight minutes left in the second quarter.

“It’s McGuaghy. He played lights out tonight. He did a great job running the ball, a great job throwing the football. He’s a good football player,” Schrader said.

Spoonemore responded with yet another rushing score to give the Savages a 20-9 lead with seven minutes left in the second. And it was deja vu as McGuaghy followed with a run 5 yards out to bring the score to 20-15 to end the first half.

Three more Spoonemore keepers helped the Savages keep their lead the entire matchup, the first coming from 51 yards out after a McGaughy interception at the game.

“He ran the ball really well, he ran our offense really well,” Schrader said. “It was a great high school football game. It kind of got out of hand there in the end. We need to take care of that.”

Despite the win, Schrader mentioned the Savages need to fix their penalty problem in the upcoming week.

“Well we’ve got a little bit of discipline issues that we’ve got to handle here. Way too many flags on the field and we need to take care of that. That’s on us,” Schrader said.

Savannah has a home game next week against the the Benton Cardinals with a kickoff set for 7 p.m. Lafayette will host Carnahan out of St. Louis next Saturday.

Micaela Dea can be reached at micaela.dea@newspressnow.com.Follow her on Twitter: @NPNowDea