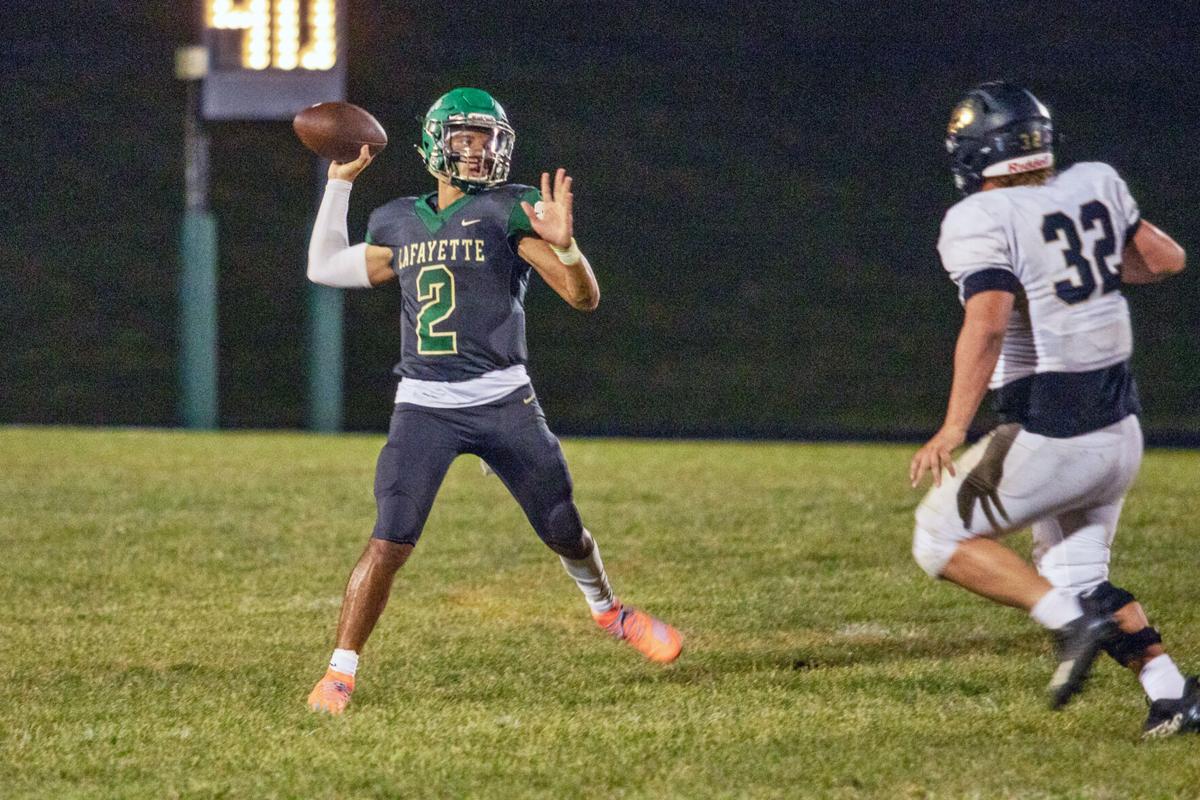 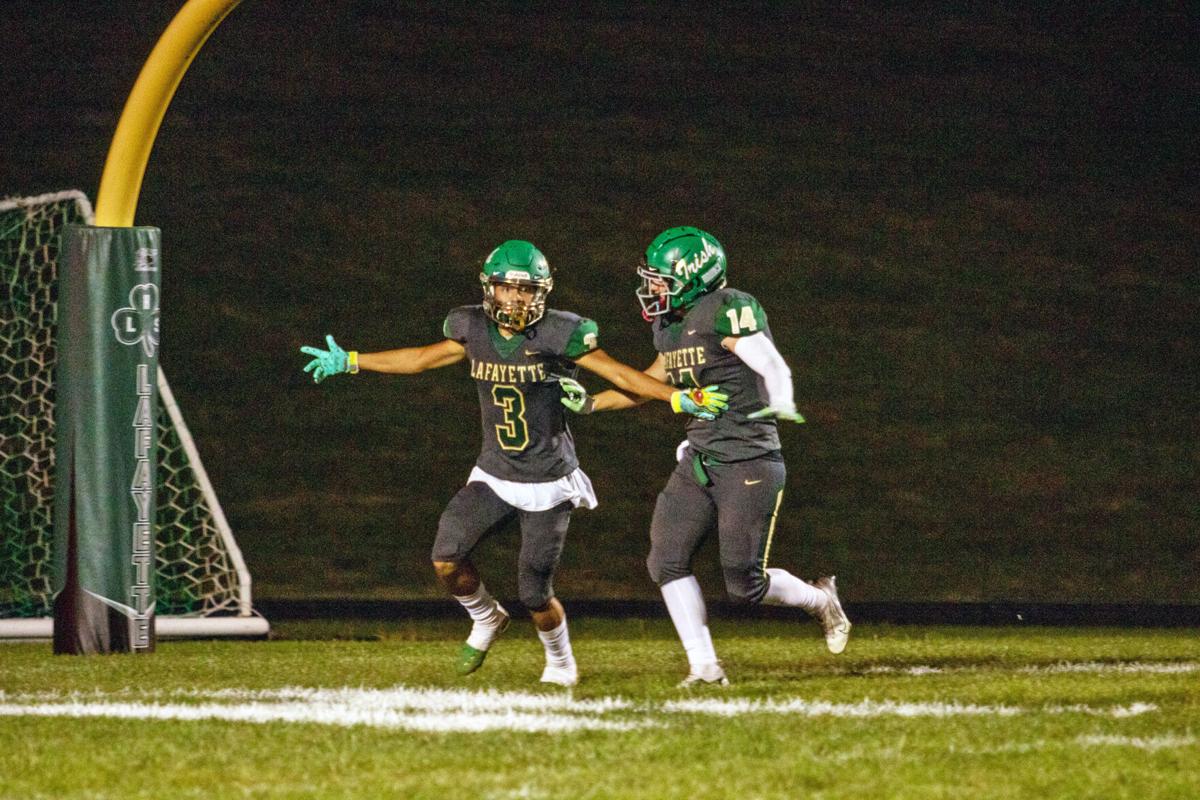 Three times this season, an opponent has tried to add a blemish to Lafayette’s record.

Three times this season, those opponents failed to do so.

Savannah was hoping to be the first team to do it, and in a fashion that would spoil the Fighting Irish’s 2021 home debut.

“It was what I expected,” Savannah coach Kevin Kopecky said. “I tell you what, Lafayette’s a really good football team. Our record doesn’t show, but I think we have a good football team, too. It was just a great matchup.”

The Savages found similar results, though, and Lafayette picked up a 56-49 win Friday night on a last-minute touchdown by Jaron Saunders at Alumni Stadium.

“I mean, it was an entertaining game to watch,” Lafayette coach Ryan Shroyer said. “However, one side is heartbroken, and the other side dang near got heartbroken. As for the game itself, being football, it was incredible.”

With 6 seconds left in the game, Savannah (1-3) had a chance to send it to overtime. From Lafayette’s 32-yard line, Savages junior quarterback Ethan Dudeck took the snap and ran to his left, where he handed the ball off to senior wideout Heisman LaFave.

To avoid a defender, LaFave did a spin move to his left before looking down field in hopes of seeing a target for a desperation pass to the end zone.

LaFave’s pass eventually found its way to the grass of Scott Marriott Field, and with it went Savannah’s hopes of being the first team to knock off the Irish.

“This is two weeks in a row that it’s come down to the wire and came out on the short end of the stick,” Kopecky said. “We just gotta keep working hard, believing in ourselves, and one of these nights it’s going to go our way.”

Prior to the climactic ending that personified everything the game entailed leading up to that moment, Lafayette (4-0) senior quarterback Jaron Saunders put the Savages’ backs against the wall when he found junior receiver Melik Reed for a 23-yard touchdown to put the Irish up 56-49 with 37 seconds left in the game.

“I’m not going to lie, I was a little bit nervous,” Saunders said. “I was nervous, but I knew I had to make the plays to get this team going. …. Our receivers made the plays, I just threw them the ball.”

That moment when the quarterback showed off late-game heroics was different than most of Saunders’ night, however, as he threw three interceptions throughout the game.

“All of those interceptions, that’s not really how I play,” Saunders said in the aftermath of the 7-point victory. “They put some pressure on me; they had a great game plan with that. …. Mainly it was just a miscommunication between me and receivers.”

Savannah, despite the loss, battled back from down as much as 14 points with 9:15 left in the fourth quarter. The Savages’ effort wasn’t enough, though Dudeck and junior running back Alex Hopper were hoping they would be.

Hopper had three rushing touchdowns against the Irish, but none was more important than his final one.

After Savannah scored to get within six points (41-35), Lafayette senior wideout Carlos Cortez returned the ensuing kickoff 99 yards for a touchdown to give the Irish a two-possession lead.

“He’s a playmaker,” Shroyer said of Cortez. “Anytime he has a chance to get the ball, there’s a chance for six. He’s a great player, he really is. He’s fun to coach, too.”

Hopper responded to Cortez’s touchdown return with a bruising rush from the 2-yard line to get Savannah back within a touchdown with a little more than 8 minutes remaining in the fourth.

The rest is history.

“The MEC, I mean, it’s a battle every week,” Kopecky said. “We’re just glad it’s football season and that we get the chance to play. I told the kids, ‘Don’t look at our record, just keep working.’”

After defeating two rivals in as many weeks, the Irish will be hoping to make it three. Lafayette will head to Noyes Field next Friday for a Week 5 showdown against the Central Indians.

“We’re just ready to go out on their field and beat them there,” Saunders said. “We got COVID Week 5 last year, so I’m just praying everybody can stay healthy for the next week, then we can go put on a show — not even for north side, but for St. Joe.”

“It’s gonna be another crazy game,” Shroyer said. “So, buckle up.”

Jon Walker can be reached at jon.walker@newspressnow.com