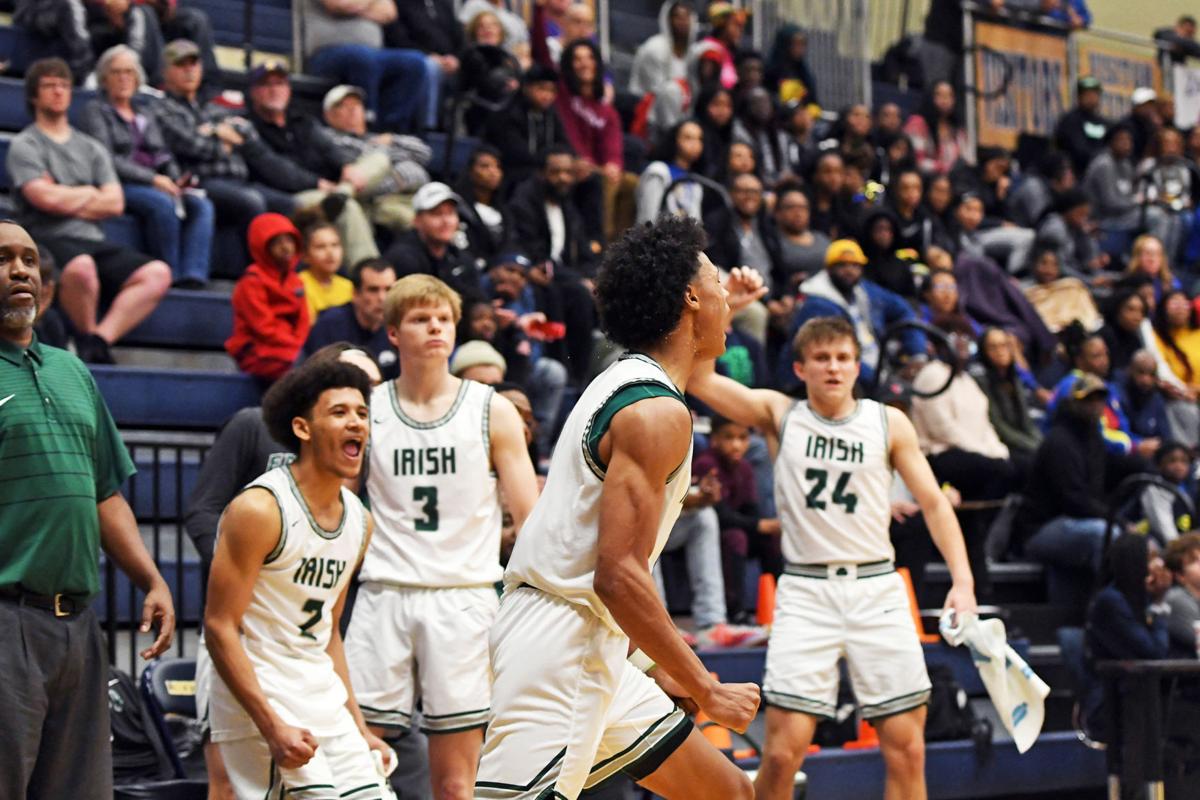 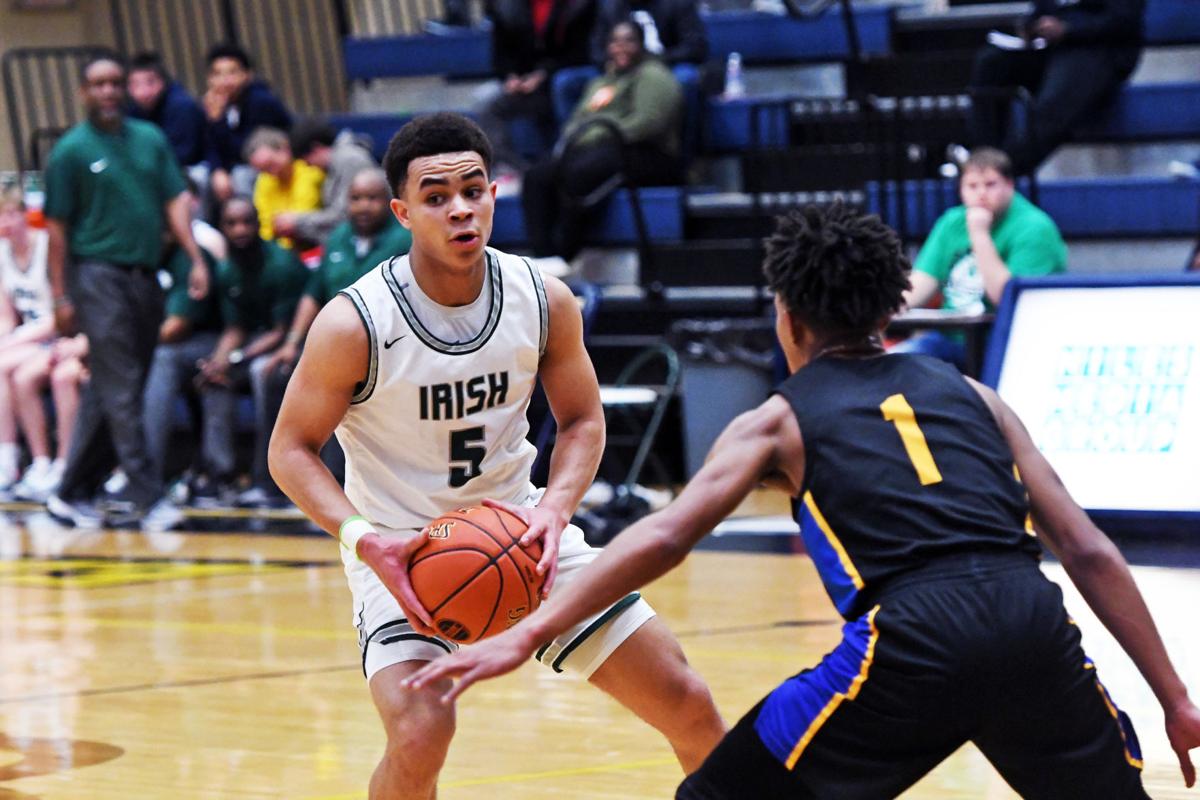 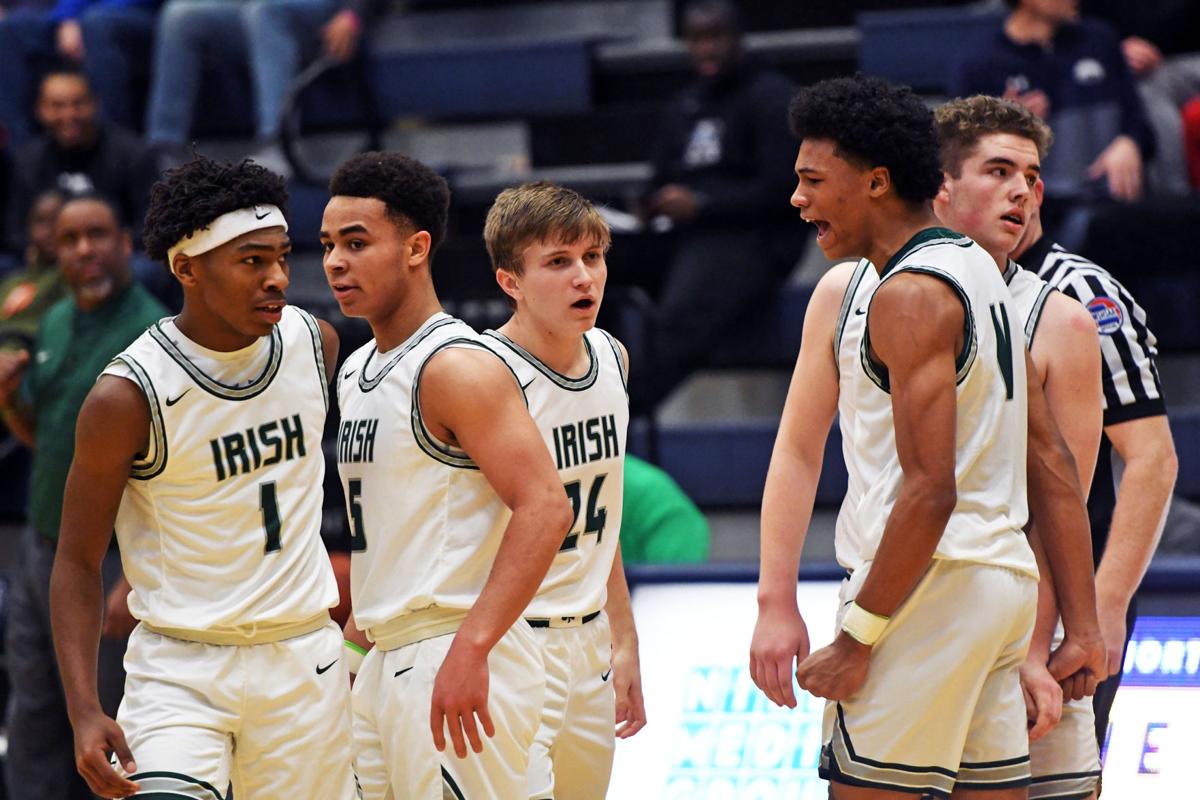 Lafayette players celebrate following a 3-pointer and foul on a shot by Brayden Luikart during Tuesday’s Class 4 sectional against Lincoln Prep at Liberty North in Liberty, Missouri. 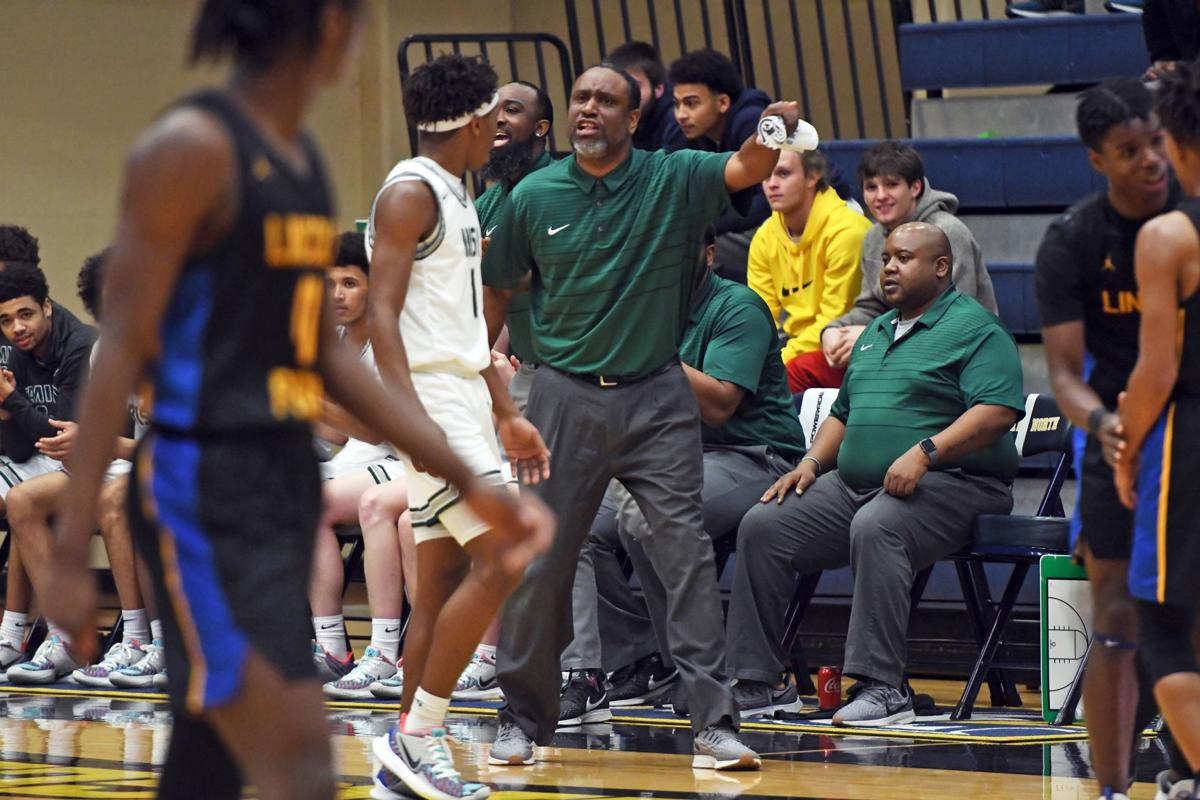 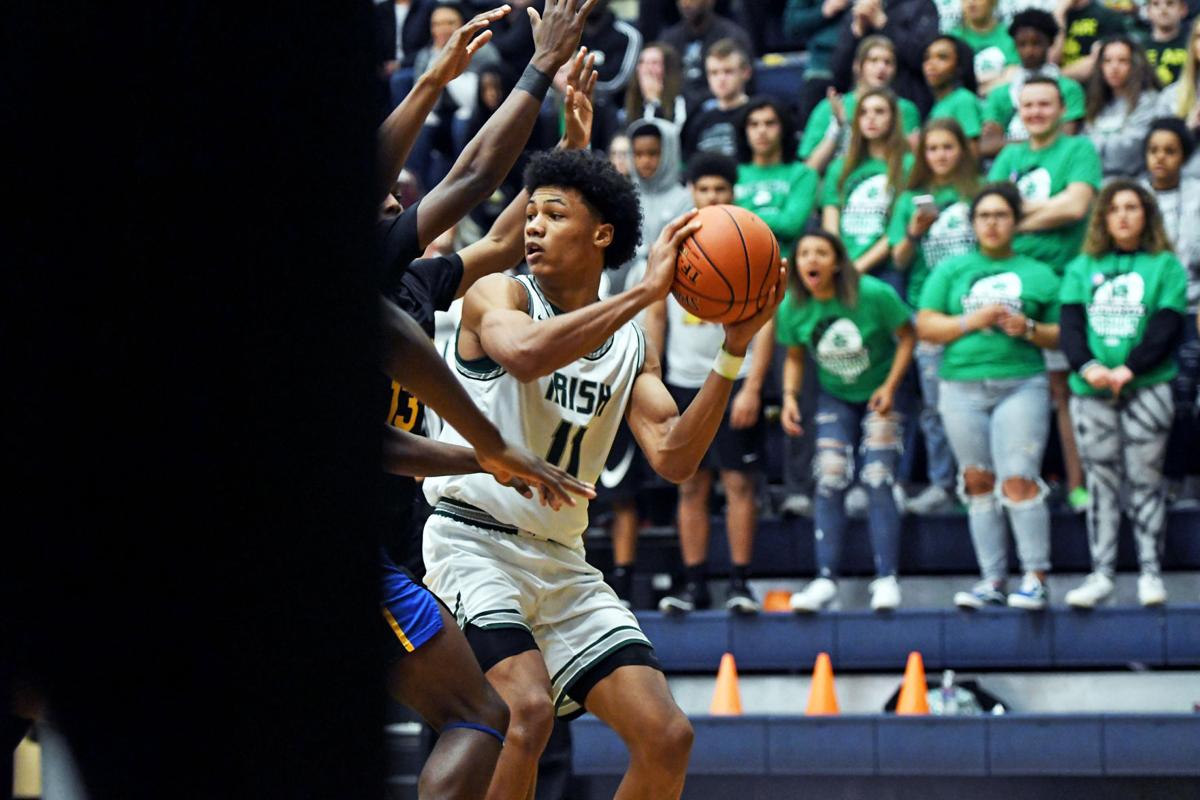 Lafayette players celebrate following a 3-pointer and foul on a shot by Brayden Luikart during Tuesday’s Class 4 sectional against Lincoln Prep at Liberty North in Liberty, Missouri.

LIBERTY, Mo. — On a night he needed to rely on it, Kevin Bristol watched his defense extended Lafayette’s season.

With a one-point lead and 5.9 seconds to play, Lafayette stood under its own basket as Lincoln Prep inbounded the ball and looked for a game-winning shot. Jaishon Jefferson attempted a pass to JT Washington in the corner, but Irish senior Kolten Griffin smelled it out.

Griffin poked the ball away, stole it on the ground and celebrated with his teammates as Lafayette held on for a 32-31 win Tuesday in the Class 4 Sectionals at Liberty North High School.

“It felt great. He was looking where he was gonna pass it, so I was able to read it and make a good play on it,” Griffin said.

In a game where points where at a premium as Lincoln Prep struggled to score and Lafayette dealt with multiple zone looks on offense, two baskets by TJ Alexander in the fourth quarter proved to be the difference. The Tigers (16-11) and Irish (19-9) were knotted up at 28 going in the final period.

Alexander finished a layup and drilled a jumper in the paint for Lafayette’s only points in the fourth. Lincoln Prep’s lone points in the final quarter came on a jumper by Jaison Jefferson and a single made free throw.

“We know what type of game it was gonna be coming it — hard-fought, low-scoring, lots of defense,” Griffin said. “We just stuck to our defensive principles. We came out with the win.”

Lafayette made just three 3-pointers but limited Lincoln Prep to one. Two of those came in the third off the hand of Griffin from the right wing. He finished with 12 to lead all scorers.

“He was great, man. He showed up tonight and he was Kolten Griffin. This is what you get from him every night, basically,” Bristol said. “Him working the rebounds and the paint, that’s Kolten every night.

Alexander added eight points, while Brayden Luikart’s and-one on a 3-pointer helped Lafayette to an 18-17 halftime lead. He combined with Zach Langley for eight of the Irish’s 10 points in the second.

Langley left the game with an apparent right hip injury after being called for a charge in the fourth and didn’t return after scoring six points.

Lafayette now moves on to face Raytown South (24-3) at 7:45 p.m. Saturday in the Class 4 quarterfinals at Silverstein Eyes Center Arena in Independence, Missouri, following the program’s first sectional win in four years. Lafayette was 0-3 in the last three seasons.

“Why not us and why not now? Just keep playing hard and see how far we can go,” Bristol said. “You don’t get this opportunity a lot. You gotta make the best of it and keep going.”