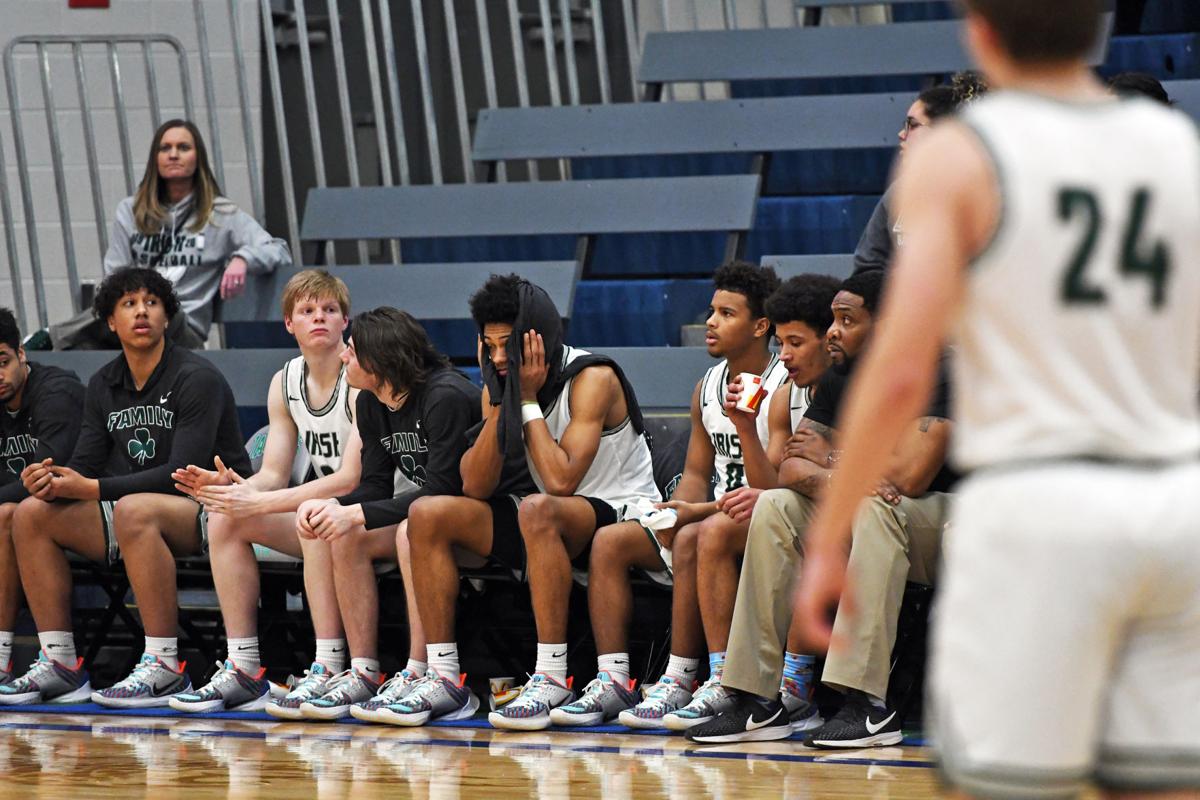 The Lafayette bench watches on during the final minutes of a Class 4 quarterfinal loss to Raytown South on Saturday at Blue Springs South High School. 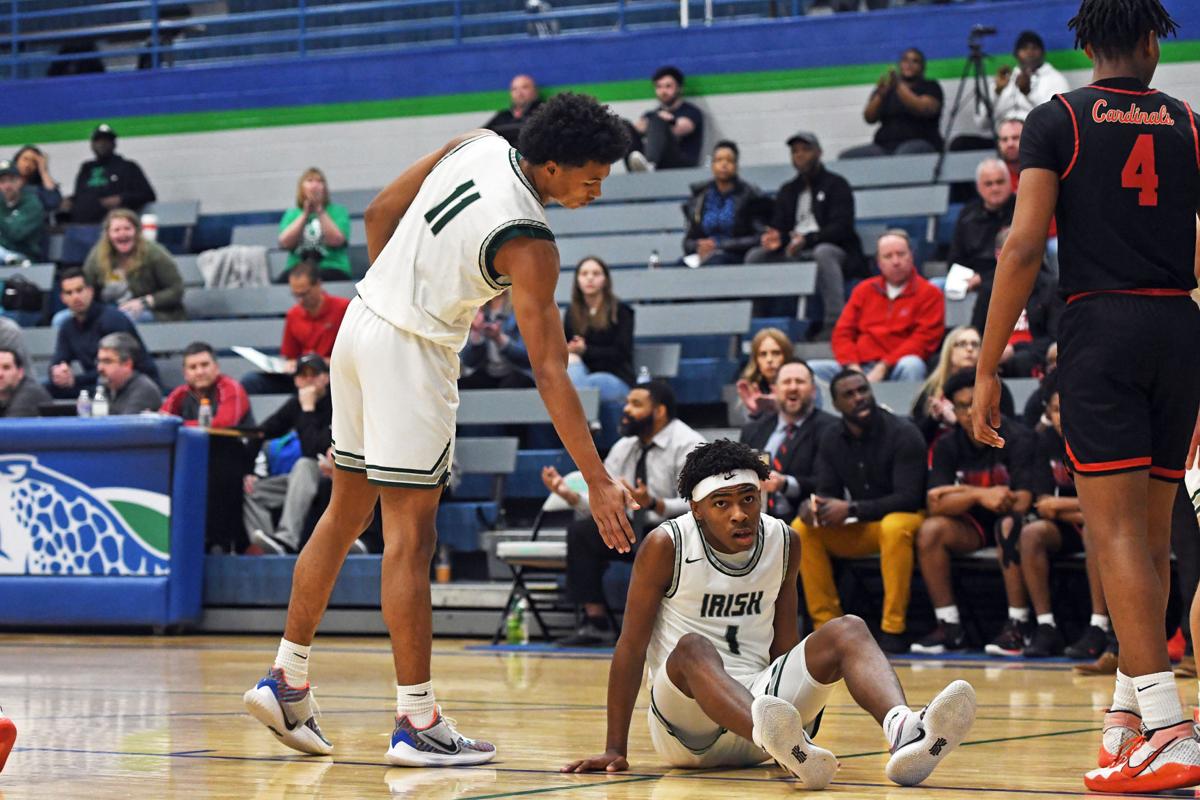 Lafayette’s Kolten Griffin, left, reaches down to help up teammate Derrick May during the team’s Class 4 quarterfinal against Raytown South on Saturday at Blue Springs South High School.

The Lafayette bench watches on during the final minutes of a Class 4 quarterfinal loss to Raytown South on Saturday at Blue Springs South High School.

Lafayette’s Kolten Griffin, left, reaches down to help up teammate Derrick May during the team’s Class 4 quarterfinal against Raytown South on Saturday at Blue Springs South High School.

The Fighting Irish’s season-ending loss came from the hands of Raytown South, 60-40, in the Class 4 Quarterfinals.

The moment sank in for senior Kolten Griffin when he walked off the court for the final time in his high school career after being fouled out in the fourth quarter.

“I had to hold my head high and keep energy for my teammates because the game was still going on,” Griffin said. “I know I gave it all I had and I just had to be there to support my teammates the rest of the way.”

The senior had no shortage of energy in the first half, scoring 12 of his team's 17 points before the break. However, the Irish’s (19-10) momentum did not carry over into the second half.

Griffin was unable to find the basket in the second half before fouling out. He led his team in points with 12. Senior TJ Alexander trailed behind with 10.

The Cardinals took back the lead from Lafayette, which led 17-15 at half, after scoring 21 points in the third quarter. Raytown South's Kobe Campbell scored 14 points in the second half and led both teams in points with 22.

“Once they got into a rhythm, they started to really push it and it got out of hand for us,” Lafayette head coach Kevin Bristol said.

Raytown South punished Lafayette from the free-throw line, making 18 of 22 attempts. Only four Cardinals scored on the night.

Despite the loss, Lafayette can hang its hat on the program’s first sectional win in four years. It's the team's deepest run since finishing second in 2016.

“It’s something we’re going to build on. We’re not done,” Bristol said, “Hopefully next year we just keep progressing and get down to that ultimate goal of being four of the top teams in the state.”

After the loss, the Irish spent time in the locker room talking not only about the game, but the past season. Bristol thanked his three seniors and told them to keep their heads up.

Griffin, along with Alexander and Kaden Miller will graduate from Lafayette this spring.

“I’m going to miss my brothers and everything we’ve done on this ride,” Griffin said.