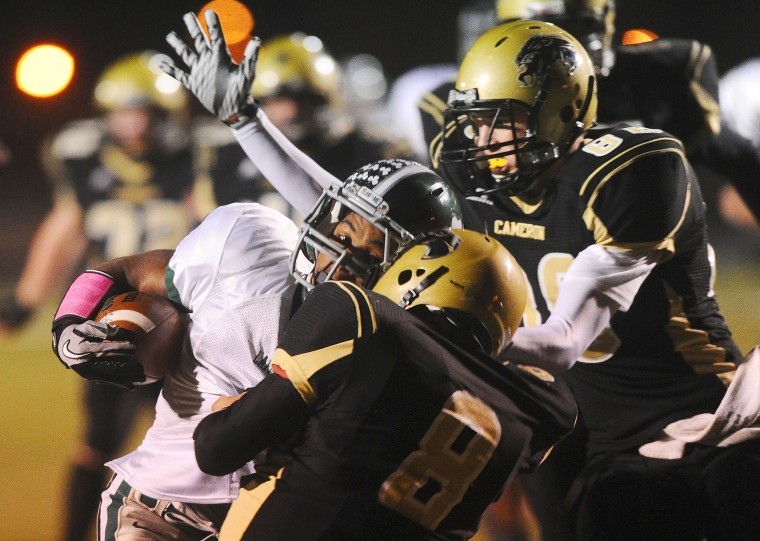 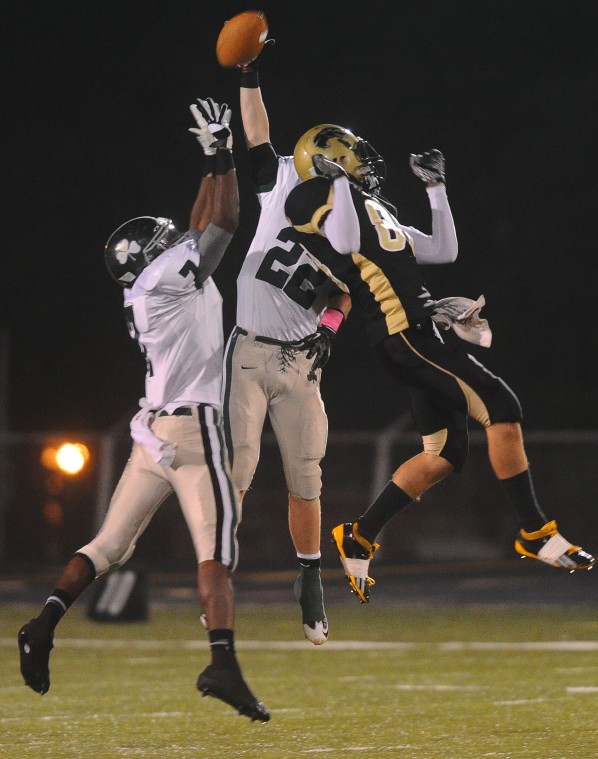 Lafayette decided to make a little bit of trouble for itself again Friday night.

For the third straight week, Jurell Green provided a big play to swing the momentum. The senior running back’s 66-yard touchdown run late in the first quarter against Cameron helped the Fighting Irish overcome a sloppy start. Lafayette’s run game continued to find big holes from there on the way to a 41-14 win at Dave Goodwin Field.

The Fighting Irish used mostly outside running plays with wing backs Green and Kenny Grant, who combined for 263 yards and four touchdowns while keeping the Irish afloat during a mostly ineffective first half. Lafayette went three-and-out on its first two possessions, ending in punts due to untimely penalties on third down.

Green finally gave the Irish the breakthrough they needed.

With just more than 20 seconds left in the opening frame, Green took a toss from quarterback Drew Cortez and quickly dodged four defenders, scampering 66 yards for the game’s first score. Green broke off 90-plus-yard touchdown runs in each of the previous two games — also

“Those big runs really helped us stay in the game,” said Grant, who ran for 116 yards on seven carries. “The line was getting a big push and opening up holes for us.”

Midway through the second quarter, Grant followed up his backfield mate’s run with a long touchdown run of his own.

Grant followed his blockers 24 yards down the Lafayette sideline before hurdling a defender at the goal line to stretch the Irish’s lead to 14-0. Green’s third touchdown midway through the third quarter from 5 yards out.

With the running game producing plenty of yards, passing lanes opened up for Cortez.

The sophomore quarterback tossed a pair of touchdowns to receiver Cody Massey off play-action fakes, giving the Irish a 41-14 lead. Massey made a jumping catch in the back of the end zone late in the third quarter for his first score but the second was a bit easier.

The junior beat his defender downfield and Cortez laid a perfect throw over his left shoulder, allowing Massey to out run the Cameron defense to the end zone.

Cortez finished 8 of 13 with 123 yards despite a pair of interceptions.

“I thought (Cortez) threw the ball really well tonight,” Lafayette coach Paul Woolard said. “He had a couple of picks in the first half, but they were off tipped balls.”

Cameron’s defensive struggles against Lafayette’s speed weren’t the only issue.

The Dragons took over at the Lafayette 42 after the Irish’s opening three-and-out, and seven plays later, Cameron had third-and-goal at the Irish’s 3. Reserve quarterback Sean Gray handed off to junior running back Joe Pratt, but the middle of Lafayette’s defense met Pratt at the line of scrimmage and forced a fumble.

Still, Cameron’s 14-point output was a stark contrast to the past two weeks. The Dragons entered the game with no points scored in their previous two. Even with the struggle offensively, Cameron still has a chance to turn things around heading into districts. If the Dragons win at least one game, they could move up to as high as the No. 5 seed in Class 3 District 8.

Ultimately, Cameron needs to stay out of the eighth spot to avoid juggernaut Maryville in the first round.

“Even with the way our season is going, our kids have a great attitude and come to practice and work hard every day knowing that there is a chance for things to improve (late in the season),” Cameron coach Jeff White said.

Matt Gleaves can be reached