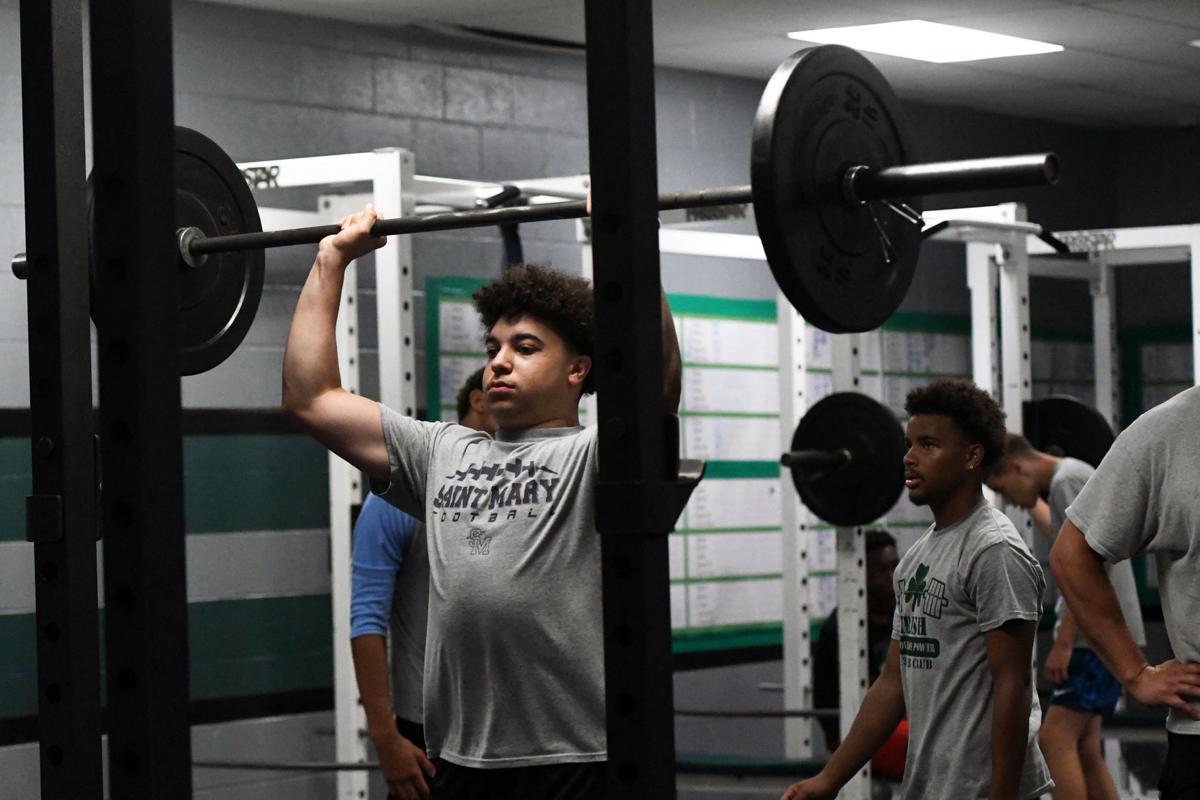 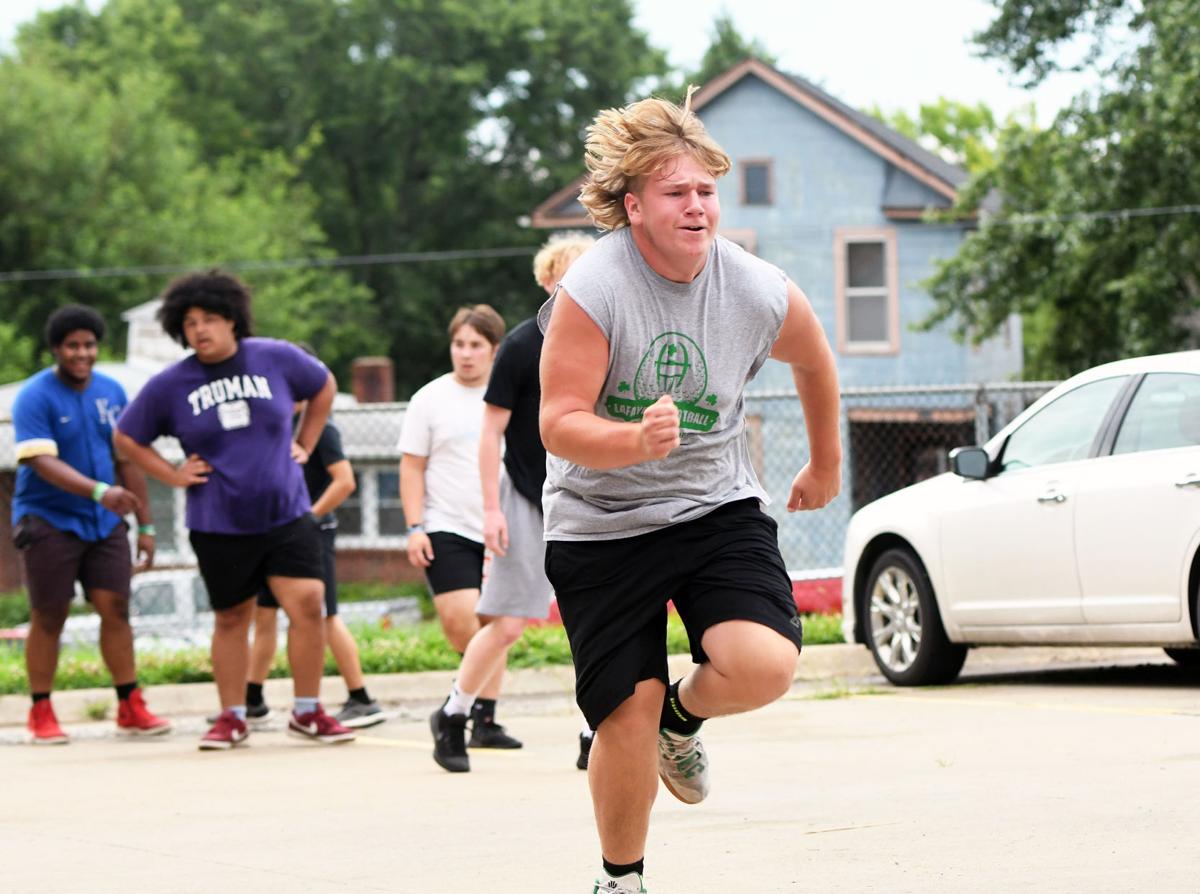 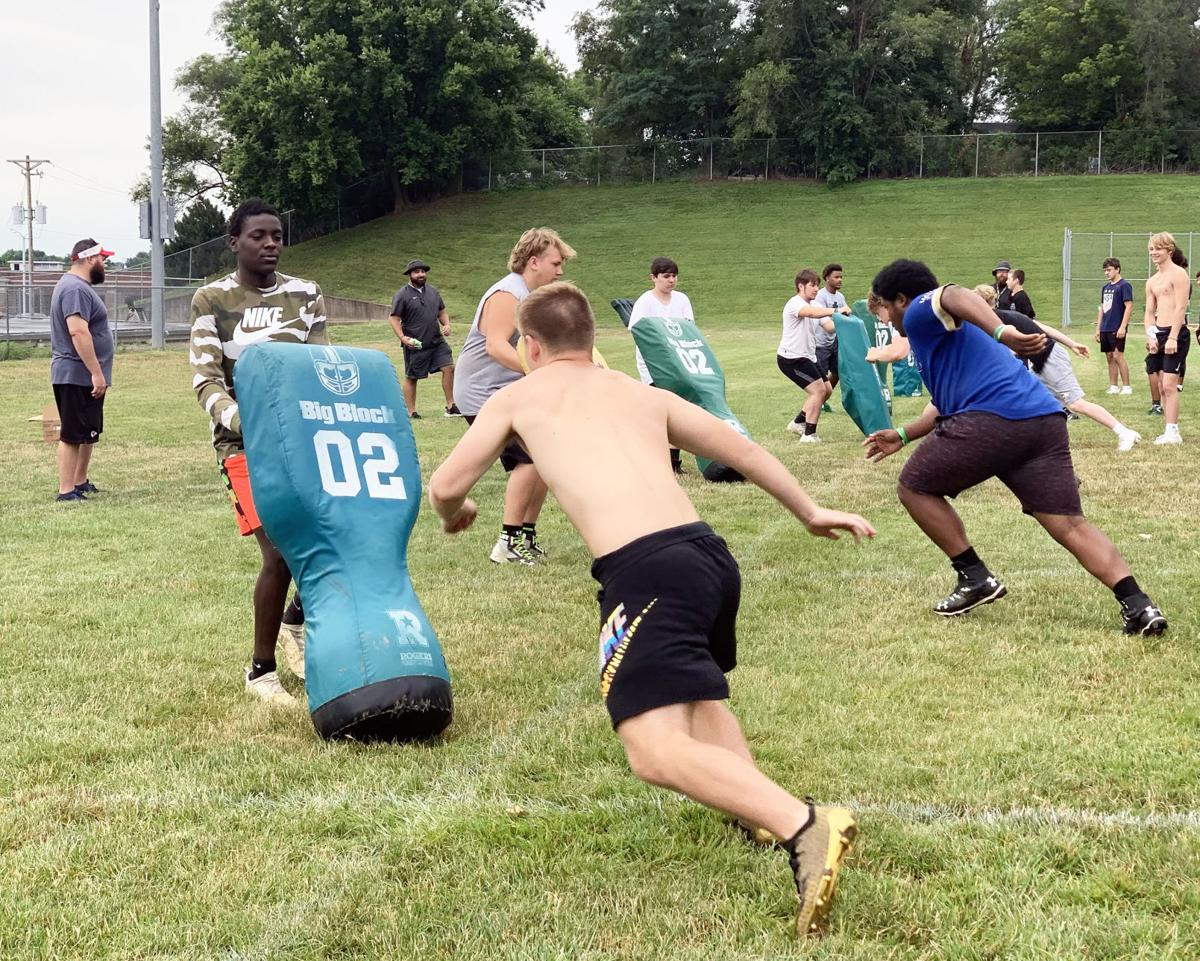 The return of sports has been anything but easy in recent weeks, as schools across the country are either pushing on or taking a step back.

Stepping into Phase II of the St. Joseph School District’s re-entry to summer athletics plan, the Fighting Irish, along with other city schools, returned to the weight room and sport-specific activities this week.

Phase I began on June 15 and included outdoor conditioning only, followed by a week off for all student-athletes.

After its conclusion, Lafayette senior Anthony Hawkins looked forward to reuniting with his team.

“I was really hungry for more. I was just tired of sitting at home, and that week I was lifting and all that,” Hawkins said. “It’s been good and refreshing to be outside actually and around people.”

It was a feat that his players believe aided their progress as a whole.

“We didn’t miss out on very much because we’re still a team and we made sure everybody was there and everything like that, so we held each other accountable,” Lafayette senior Miles Henderson said.

The return of sport-specific activities for the squad includes working on plays and with skill groups, a welcome sight after weeks of time spent apart.

“It’s been harder and more tiring, but it’s for the better though to get more in shape,” Hawkins said. “We do a little bit of conditioning and plays – it’s better to teach in person than online”.

Henderson added, “It’s been great being back with the team. Zoom workouts are totally different than actually working out because you actually get to put the weight on and everything like that, so it’s way better.”

As developments continue to pop up across the nation regarding the continuation of athletics during the coronavirus pandemic, rest assured the Fighting Irish welcome the opportunity to be a team again, in any way, shape or form.

“I’m mostly excited about this new season, starting differently and having a better record than we did last year,” Henderson said. “Getting back together and being one unit and everything like that – it’s just great being back on the field.”

Phase II of the school district’s re-entry for summer athletics plan ends August 2, with the hope that fall sports can start practices on August 10.