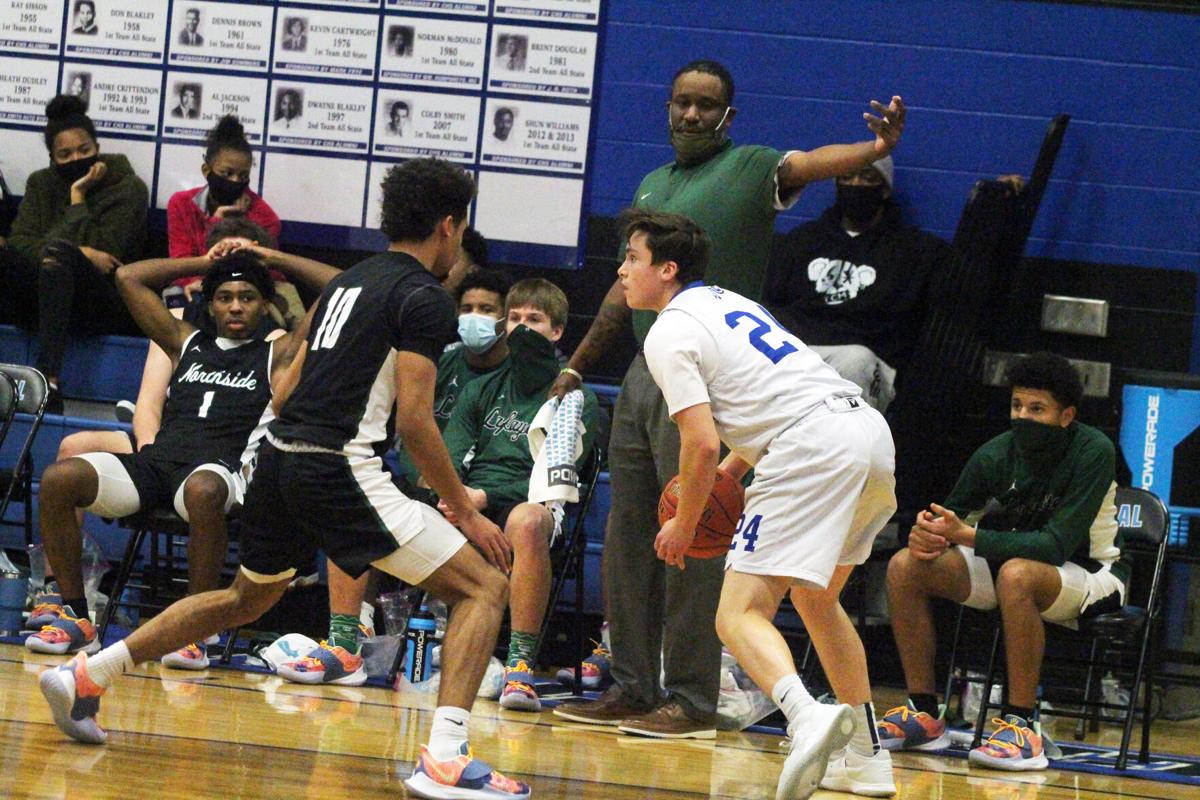 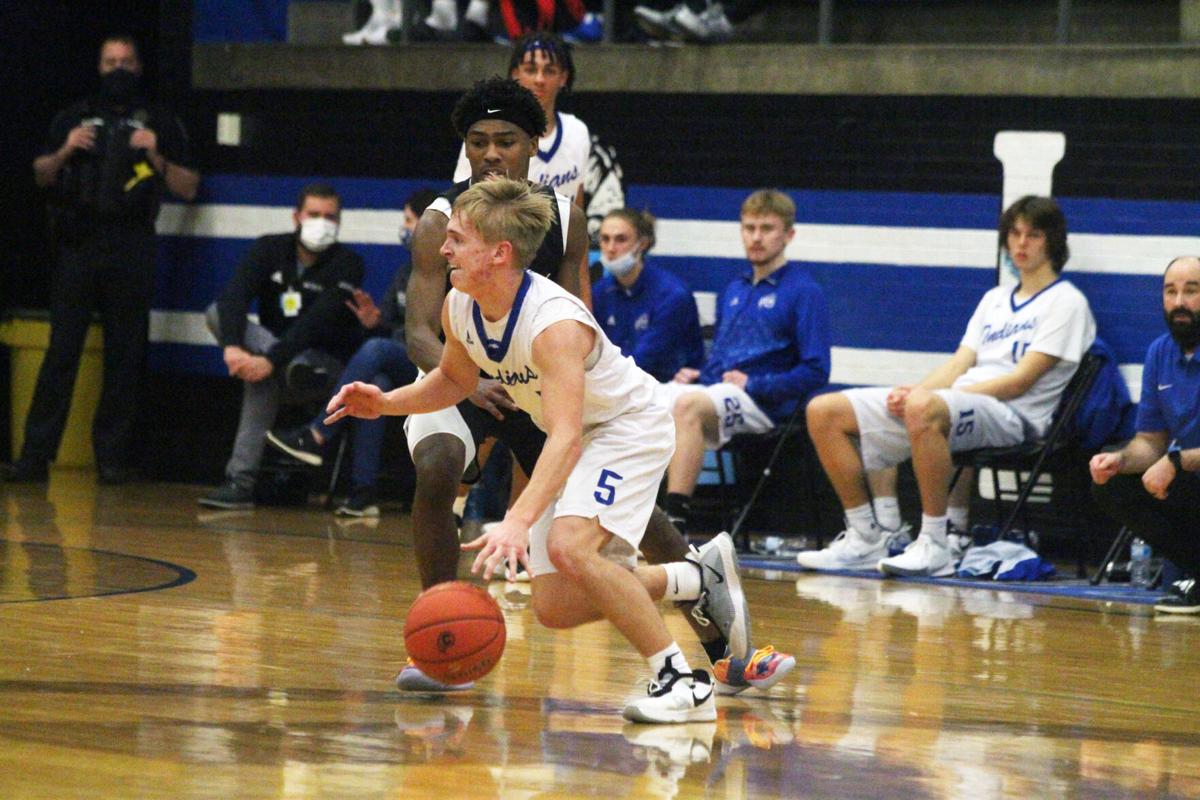 Central senior Will Small dribbles the ball against Lafayette on Tuesday at the Central Coliseum. 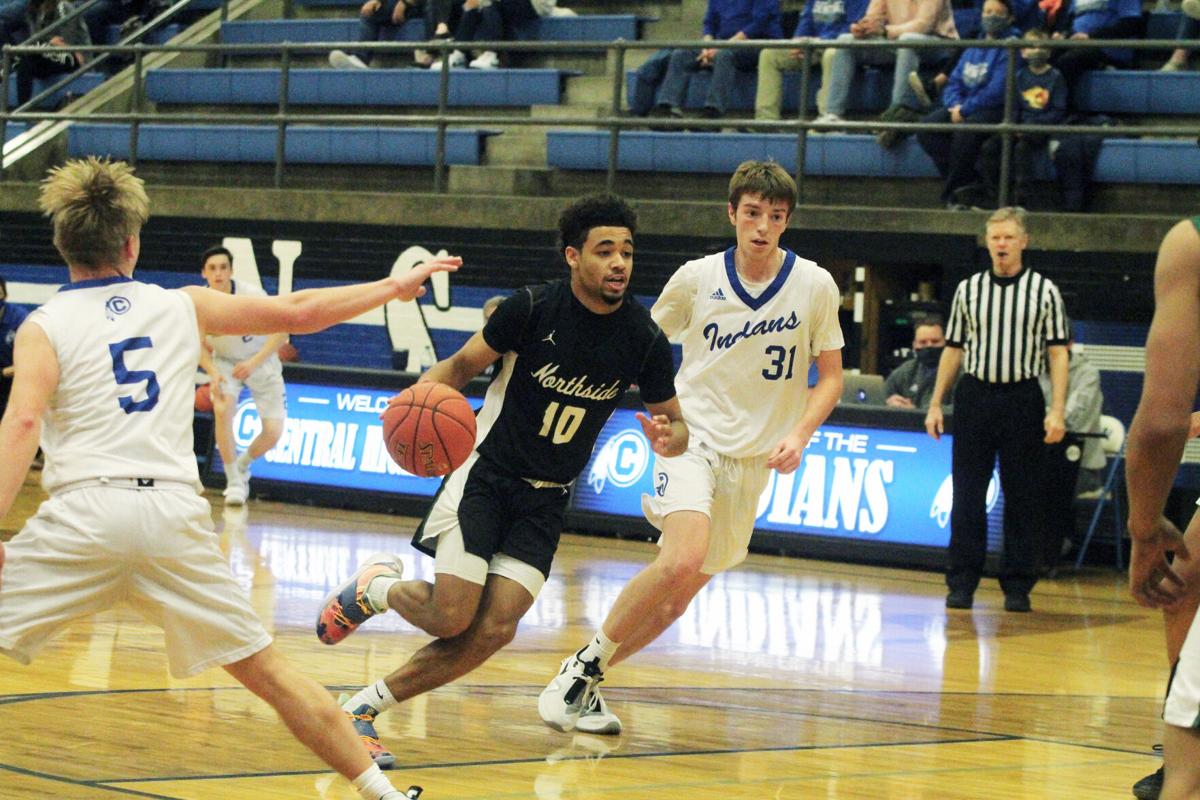 Lafayette senior Tryease-Bicalho-Dutton drives up the court against Central on Tuesday at the Central Coliseum.

Central senior Will Small dribbles the ball against Lafayette on Tuesday at the Central Coliseum.

Lafayette senior Tryease-Bicalho-Dutton drives up the court against Central on Tuesday at the Central Coliseum.

Trailing Lafayette by five points at halftime, Central went into the locker room looking to push over a hump it never passed in the game’s first 16 minutes — gaining a lead.

When the third quarter arrived, the Indians found their luck beginning a series of three-point shots. Three of the seven banks arrived through the hands of junior Trey Main, giving Central a 60-56 win at the Coliseum.

“We have a lot of guys that can shoot the ball well,” Central head coach Jacob Kimble said. “We had several step up tonight and just hit huge shots, but we really create that by being unselfish. Every guy on this roster is unselfish and they’re willing to make the extra pass to knock down the big shot.”

Main completed the game with 22 points, 17 arriving in the second half. His efforts, plus mistakes from the Fighting Irish defense, ended up being the difference.

Lafayette’s flaw arrived as it sent the ball out of bounds and turned the ball over on occasions in the final minutes.

“We just didn’t give the offense a chance to flow and a chance to work in our benefit,” Lafayette head coach Kevin Bristol said. “You can’t win games when you have turnovers, those unforced turnovers that we did.”

The Fighting Irish opened the game on a hot streak in the first quarter, outsourcing the Indians 21-10.

Lafayette spread the ball through the hands of all five of its personnel on court, with each finishing the frame with points to their name.

The Irish’s edge dwindled to 29-24 by halftime, and Central took its first lead following two-straight treys from senior Jayce Taylor in the third.

“Basically, that second half we didn’t come out with any energy or effort,” Bristol said. “And we didn’t run the offense as efficient as we did in the first half, mainly that first quarter. Central hit some big shots on us, so just no energy or effort on the defensive end.”

Lafayette regained the lead, but the Indians never fell out of range thanks to their three-pointers.

Four free-throws and a layup from Main did the final trick to give Central its first win over the Irish since 2011. Tuesday’s meeting was the second time they’ve met in the last 10 years.

“[Lafayette is] very athletic, and we just talked a lot about moving the ball, being unselfish and be willing to make the extra pass,” Kimble said. “Like I said, every guy on this roster is willing to do that. Because of that, we are able to find the open guy and knock down big shots.”

The Irish host Maryville on Thursday, while the Indians don’t return to court again until Saturday, where they meet Roncalli Catholic in Bishop LeBlond’s Steve Vertin Classic at 3:30 p.m.

Lafayette will also appear in the Classic as it meets Mount Michael at 12:30 p.m.