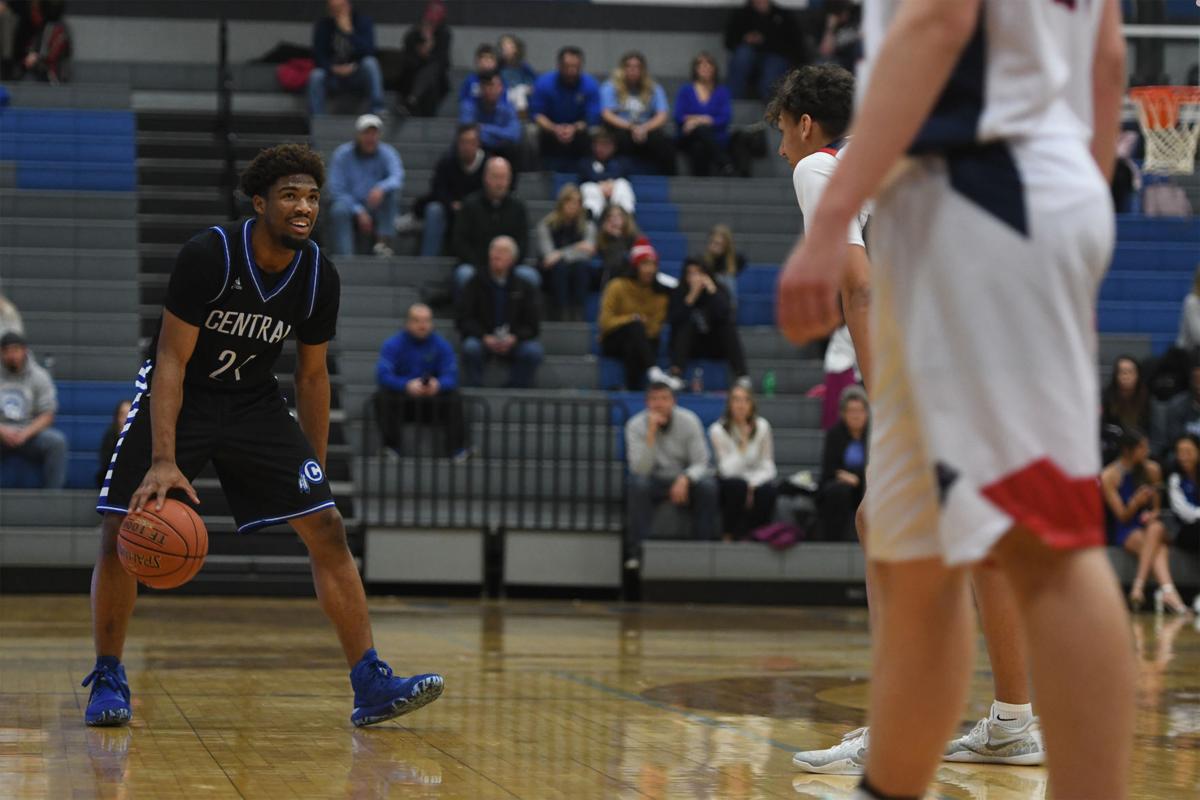 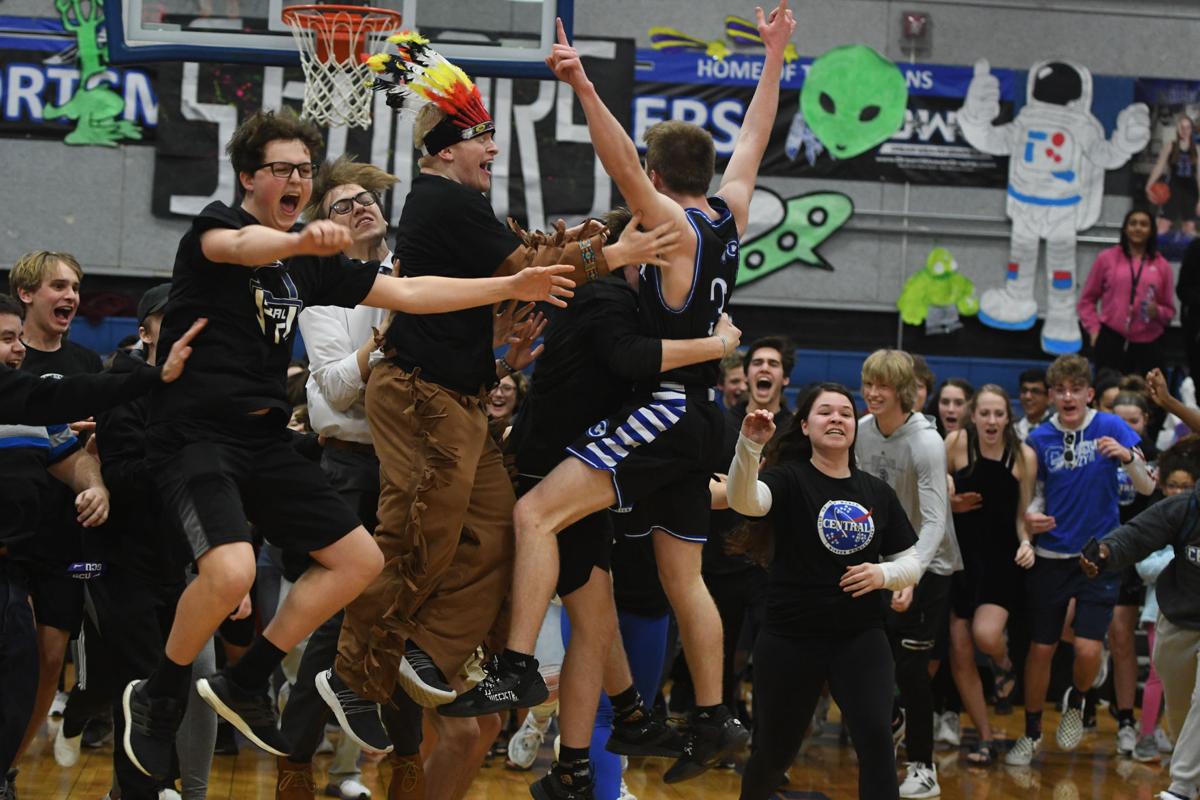 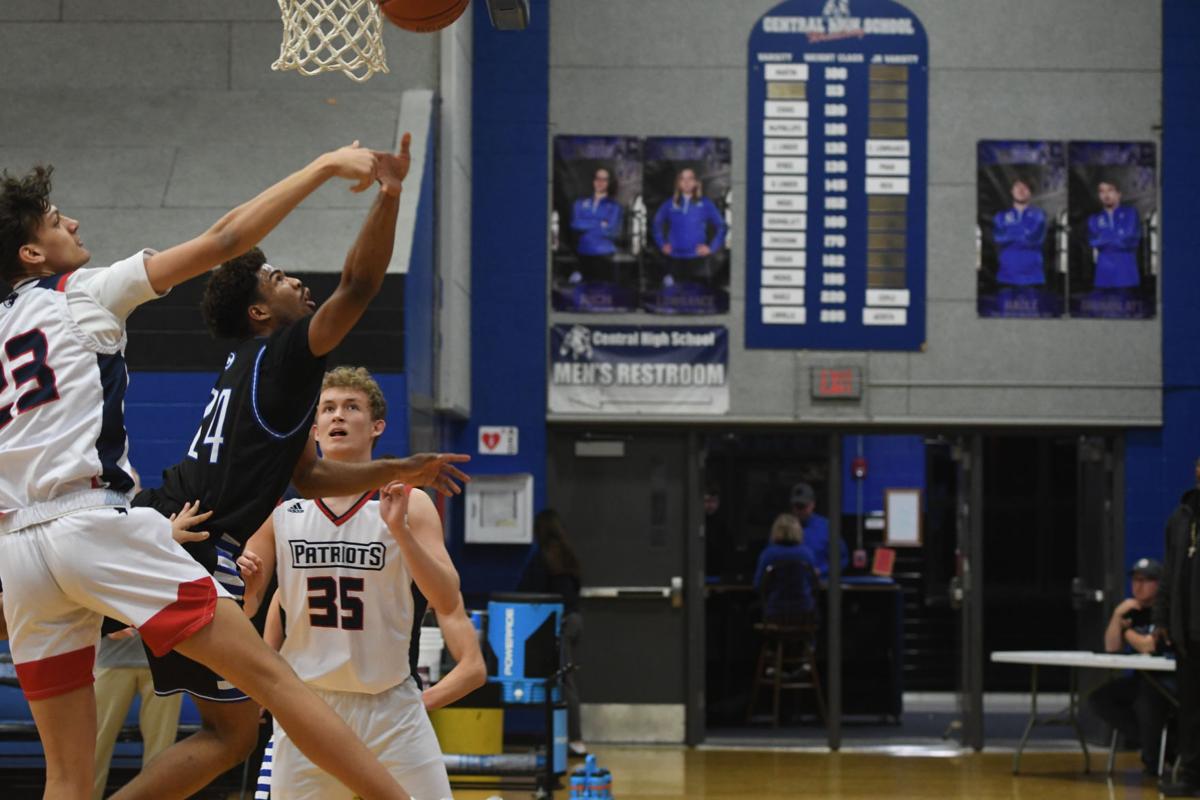 Central senior guard AJ Redman is fouled during a layup attempt during night’s 56-53 victory over Truman at CHS Coliseum.

Central senior guard AJ Redman is fouled during a layup attempt during night’s 56-53 victory over Truman at CHS Coliseum.

After four losses in a row, Central boys basketball reclaimed its identity after a statement win to cap off the Indians’ Friday night homecoming coronation at the CHS Coliseum.

Central rode the back of AJ Redman’s 16 third-quarter points to defeat Truman 56-53. Redman finished with 26 points against a team that Central lost to 59-46 on Jan. 7. Redman also sank two 3-pointers and went 10-for-10 from the free-throw line with six of those coming in the fourth quarter.

Despite Redman’s late-game heroics, he only had two points at the half after a field goal in the second quarter. Redman knew it was only a matter of time before his squad helped him ease into the game.

“Well, you know, the first half, it just wasn’t my game,” Redman said. “You know, it’s homecoming. I had to calm down. I had to let my teammates take it over, because those are my people. I trust them. Once it got to the second half, they just found me, gave me the ball, and I did what I needed to do to help them win. I just let the game come to me.”

After losing earlier on Truman’s home court earlier in the season, Redman and his teammates knew they were better than the result they were given last time.

“We wanted to redeem ourselves, because last time, that wasn’t us,” Redman said. “That wasn’t the team that we know that we are, so we just came out here on hoco and played harder, gave them what we had and came out with the win.”

Central coach Jacob Kimble believes his team was better prepared to weather the Truman storm after the last time out.

“I think we handled their pressure a lot more,” Kimble said. “I don’t know if we were quite ready for it a month ago, but we knew that going into tonight that they really get out in passing lanes, and we were able to handle their pressure a little better tonight.”

“Our guys played really smart basketball tonight,” Kimble said. “I think they fed off the crowd. It was a great atmosphere. They were strong with the ball, and we took good shots.”

Despite the previous losing streak, Kimble uses this momentous win as an example of how to turn a season around.

“We’ve lost some close ones recently that we felt like we let slip out of our grasp,” Kimble said. “Like I just told them in there, you learn lessons from that. That’s so great to redeem yourself and come back. That’s just such a lesson about life.”

Central (7-12) junior forward La’Var Fuller contributed as well with 10 points, including a clutch 3 late in the fourth quarter.

After this victory over the Patriots (13-7), Central is set to take on the Bulldogs (8-10) on Tuesday in Kearney, Missouri.

It was a closer game than the previous time Central (10-9) and Liberty North (13-6) locked horns, but it still ended with the same result of the Eagles coming out on top on Friday night.

Despite all Liberty North junior Madison Niemeier scoring all 11 of her points in the first three quarters and being held scoreless in the fourth, the Indians didn’t have a double-figure scorer of their own to match. Central sophomore point guard Ella Moody led her team with eight points, but didn’t score a bucket in the second and third quarter with just two field goals a piece in the first and last period.

The Eagles won the previous game by double digits in a 56-43 decision on Jan. 13. Friday night’s game proved to be more defensive,

“We played a little bit better offensively,” Boone said. “We had some shots rim in and out on us and we got some good looks.”

Liberty North sank five 3-pointers on the night in contrast to Central’s zero, a key factor Boone believes affected the result of the contest.

“They did a good job of moving the basketball,” Boone said. “That’s a veteran ball club. A lot of the kid’s have been playing varsity since their freshman and sophomore years together. It’s kind of one of them deals where they know where they’re going to be before they even make the pass, and they did a good job of executing, especially late.”