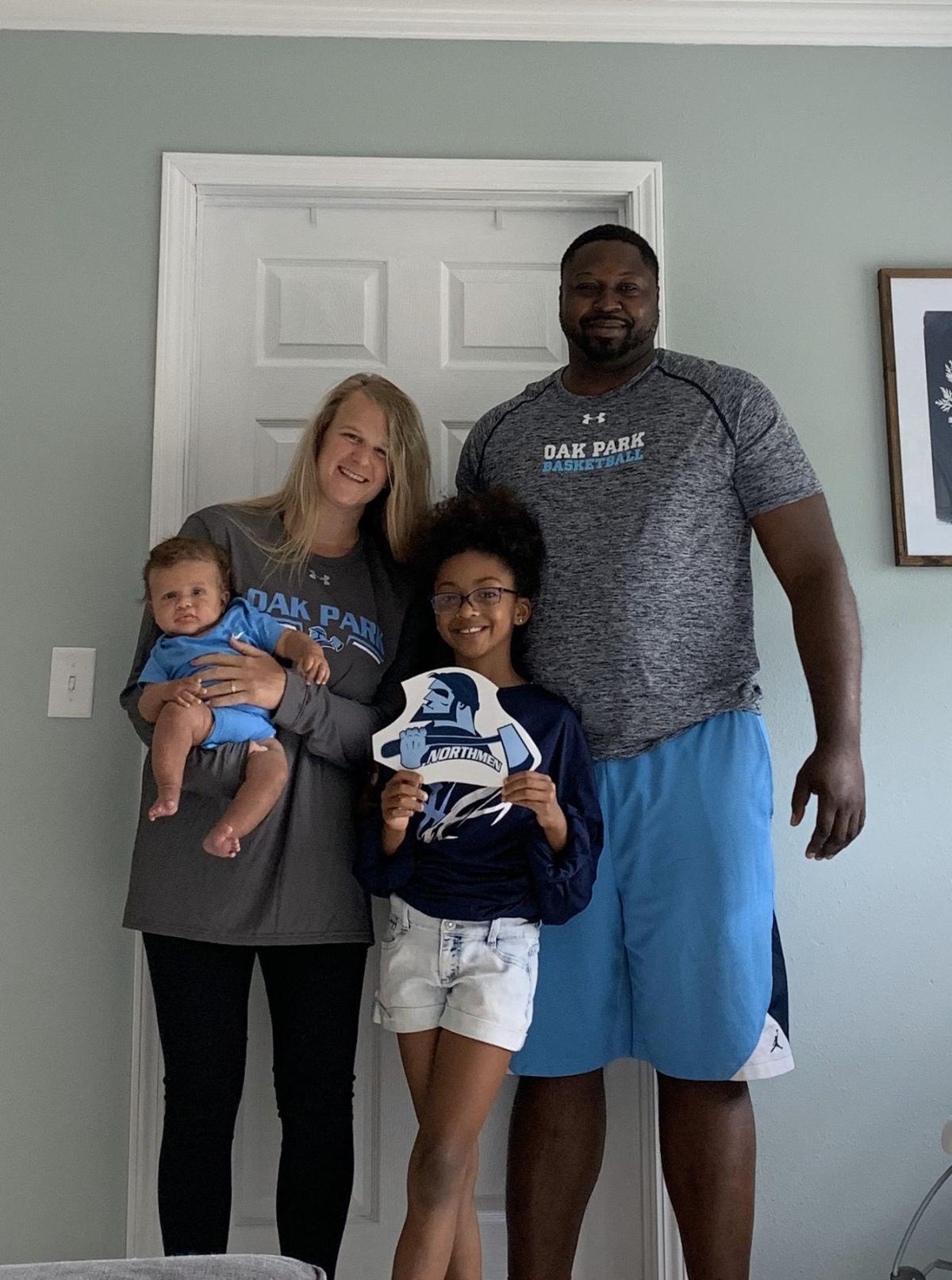 On May 6, Boone announced his new position with this photo of him and his family wearing Oak Park gear on Twitter captioned: ‘Here’s to a new beginning!!’ 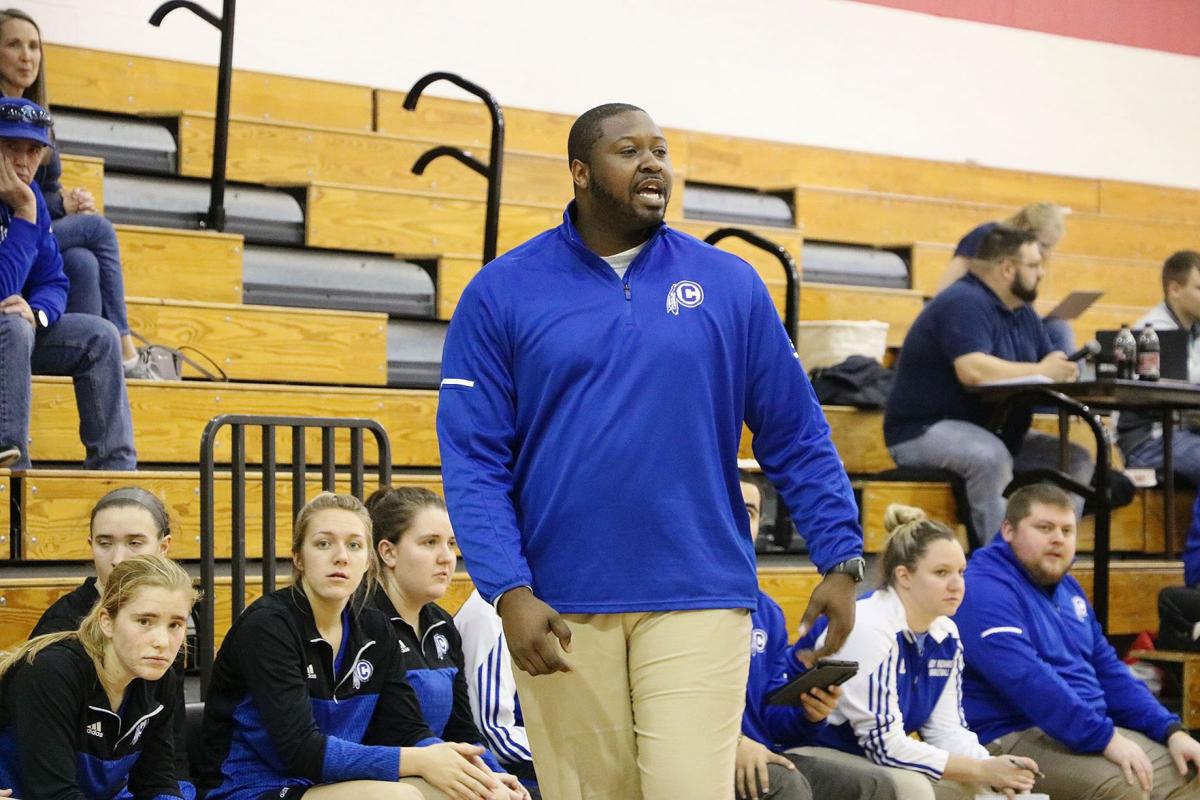 On May 6, Boone announced his new position with this photo of him and his family wearing Oak Park gear on Twitter captioned: ‘Here’s to a new beginning!!’

For 12 years, Jared Boone has pursued his passion of coaching the game of basketball.

From playing at many levels to coaching in his hometown, the Benton High School graduate now embarks on a new adventure.

His next chapter begins at Oak Park High School in Kansas City, where he will help lead the Northmen as an assistant boys basketball coach this year.

Boone said the COVID-19 pandemic initially worried him as he searched for a new job, but it all worked out for the better.

“It turned out to be a blessing in disguise and worked out in my favor. I’ve heard nothing but great things. Coach Scanlon, me and him we’ve had a lot of conversations, so I’m just excited to get going,” Boone said.

The former Central girls head basketball coach was relieved of his duties in April after two district titles in five seasons with the Indians.

Boone shared how proud he was of the team this past season, which featured a Class 5 District 16 championship victory.

“We had our ups and downs. We hit a rough patch there for a little bit, but we were able to get hot at the right time and make a pretty good run,” Boone said.

On May 6, Boone announced his new position with a photo of him and his family wearing Oak Park gear on Twitter captioned: “Here’s to a new beginning!!”

Boone added, “I’m excited about learning from someone new for when the day comes, I am a head coach again, just kind of taking new things that I’ve learned and trying to apply it.”

Oak Park head coach Brennan Scanlon has told Boone to expect big things from the Northmen in the coming years.

“We have a really good young class. He said the freshman class is really good this year and then he said that there’s a good up and coming seventh or eighth grade class as well,” Boone said. “He said we’ve returned some good pieces too, so looking forward to getting going with those new pieces and building for the future is what it sounds like the plan is right now.”

After graduating from Benton in 2004, Boone continued his basketball career at North Central Missouri College and played his final two years at Lincoln University in Jefferson City, Missouri.

Boone’s wealth of experience pertaining to the sport is what eventually drew him to coaching the game.

“My playing career was done. I knew that was over. So I was kind of just finding out what I wanted to do and I actually went back and watched a couple games at Benton High School,” Boone said. “Just watching the game, I felt like I could contribute a lot and I have a lot of knowledge of the game and I feel like I can be a valuable asset so... It took off from there. Once I got in, I was hooked. That was my passion, my love. It’s my driving force. I mean, I love everything about it.”

The relationships that form over time are the biggest takeaways for Boone as he leads student-athletes on and off the court.

Now, that same ardor that drew Boone back to St. Joseph after he finished his playing days is what he’ll carry with him as he takes his next step in Kansas City.

“I just hope that they can see like hey, this guy who is real serious, he’s in my corner and he’s got my back, he’s going to work, he’s going to push me to be better and be the best version of myself that I can be. I hope that they’re able to take that and apply it to their life and come to appreciate it,” Boone said.

If local and state health guidelines allow, Boone said the Northmen hope to come together as a team and start conditioning on June 15.