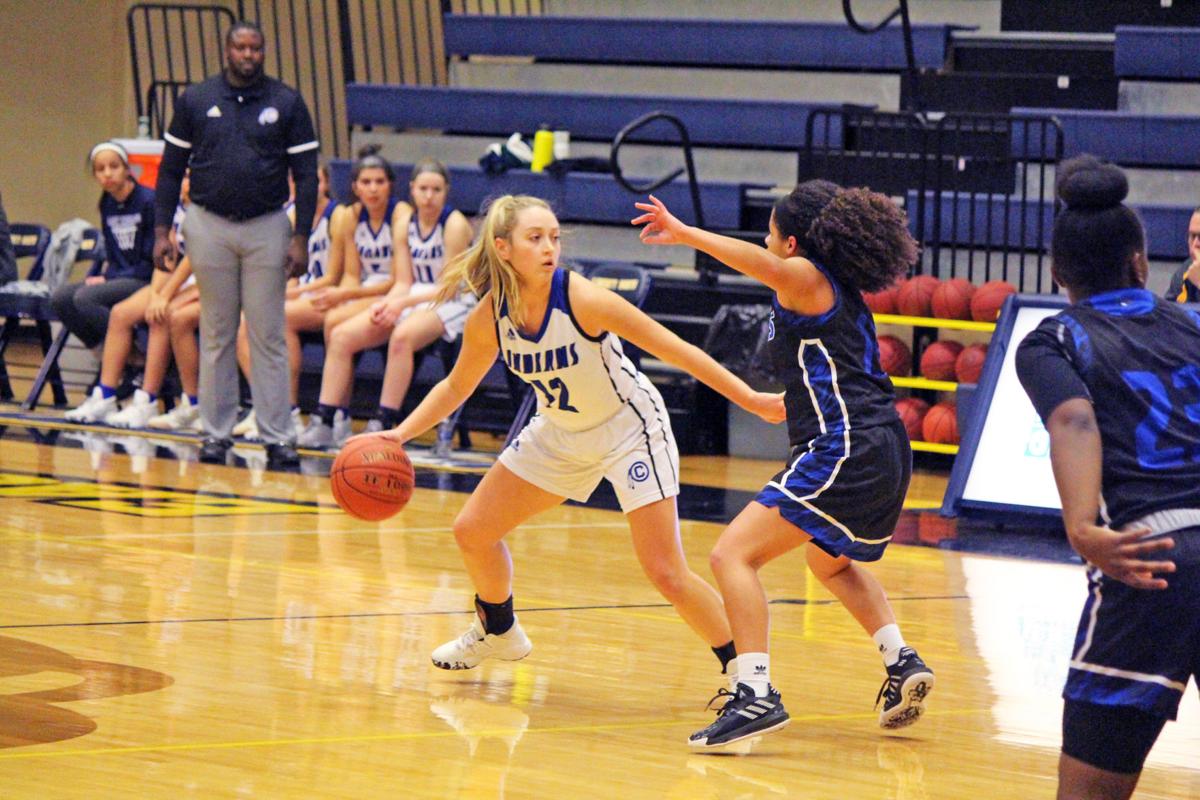 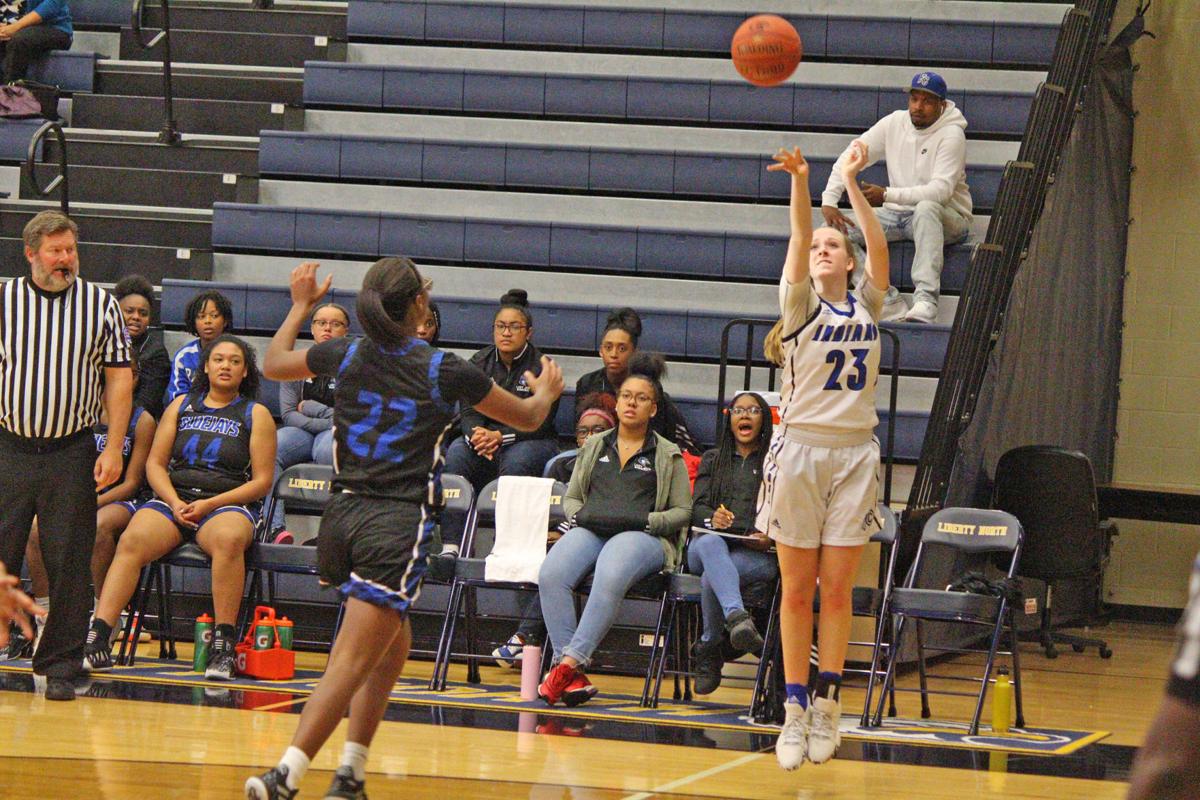 LIBERTY, Mo. – Central girls basketball faced an inconsistent matchup with Raytown in the first round of the Liberty North Invitational.

The Indians struggled to put together a steady offense, but put together a dominant defense. The combination turned in a 49-27 win over the Blue Jays.

“I thought it was sloppy, especially for us offensively for the most part,” Central coach Jared Boone said. “Defensively, I thought we did pretty good. The defense is kind of what carried us today.”

Central held Raytown to eight made shots, with just three falling in the first half.

The Indians double teamed the Blue Jays for much of the game, forcing shallow passes. The result gave Central the advantage, rebounding missed Raytown shots while blocking passes from time to time.

“We want to come out defensively and be one of the best defensive teams around,” Boone said. “Just trying to get the kids to buy into that mindset. On nights where shots aren’t falling and we’re struggling offensively, our defense has to carry us.”

Boone’s team spread the ball around the court when the offense was clicking. A combined 18 shots were made, with several others falling outside the basket.

Central put the ball into the basket 12 times in the first three quarters. The offense reached a peak in the fourth, hitting six.

“Offensively, we’re just a work in progress,” Boone said. “It’s going to take some time. We’re seeing the glimpses, it’s just playing the course, trusting the process and taking it day by day.”

The Indians jumped of to an 8-0 run to start the game. Two Raytown free throws broke the difference.

“We knew that the way that they play they were capable of getting on a run, especially if you turn it over a few times,” Boone said. “It was just making sure that didn’t happen.”

The Indians had control for the game’s remainder, building up the difference to as much as 23 points.

Central will look to continue its development as it meets Kearney in the Liberty North Semifinals at 7 p.m. Wednesday.