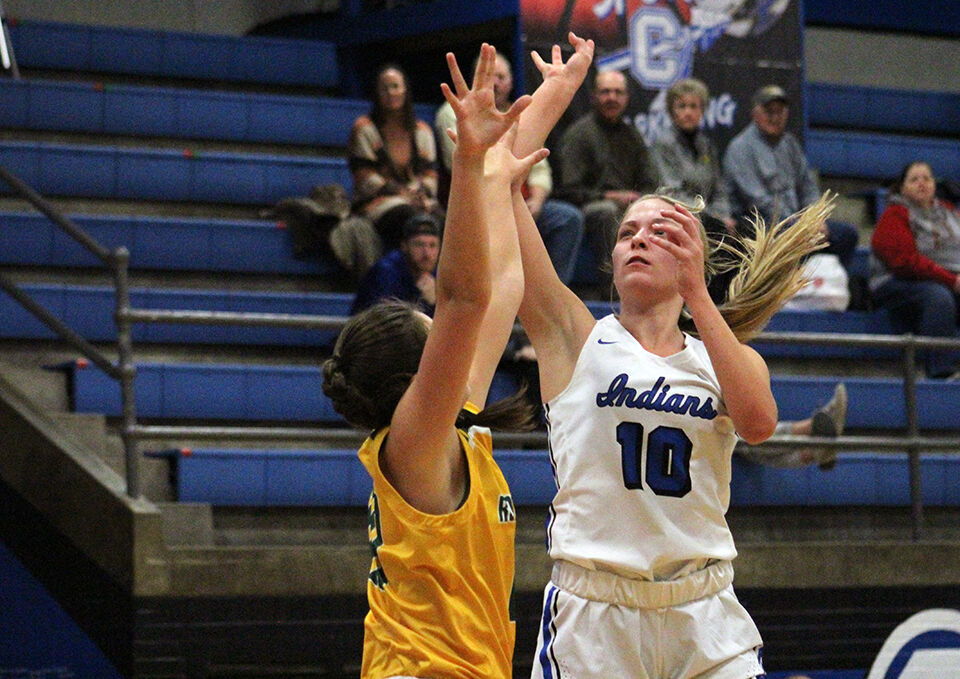 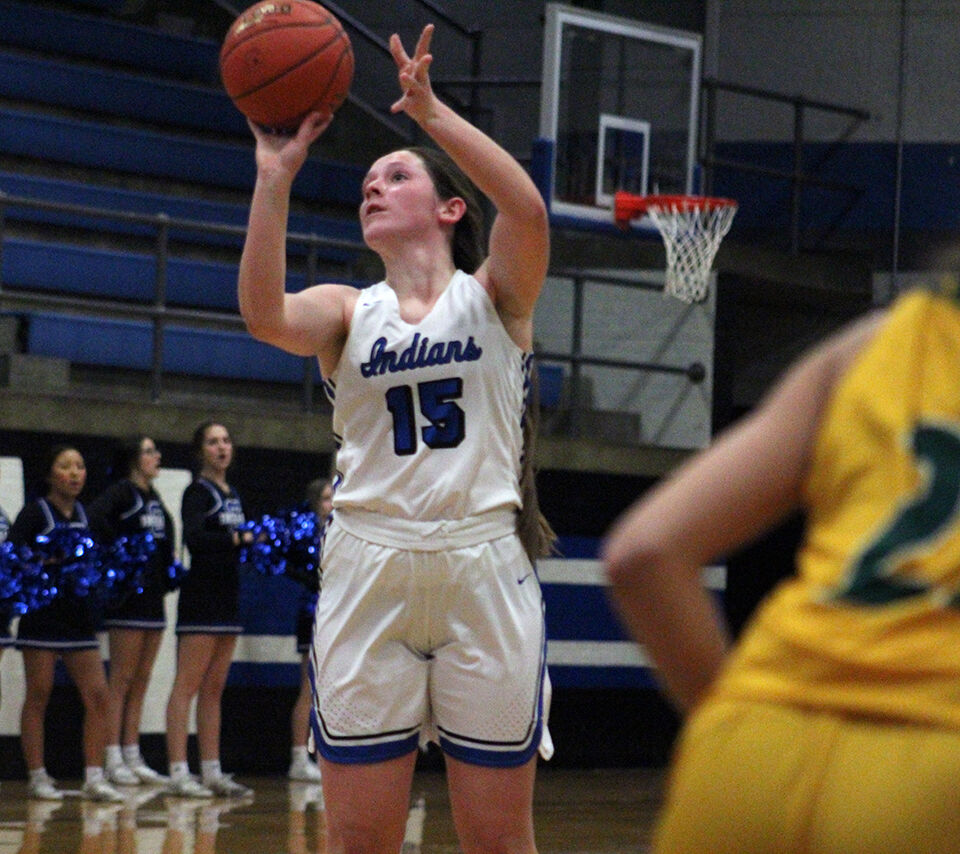 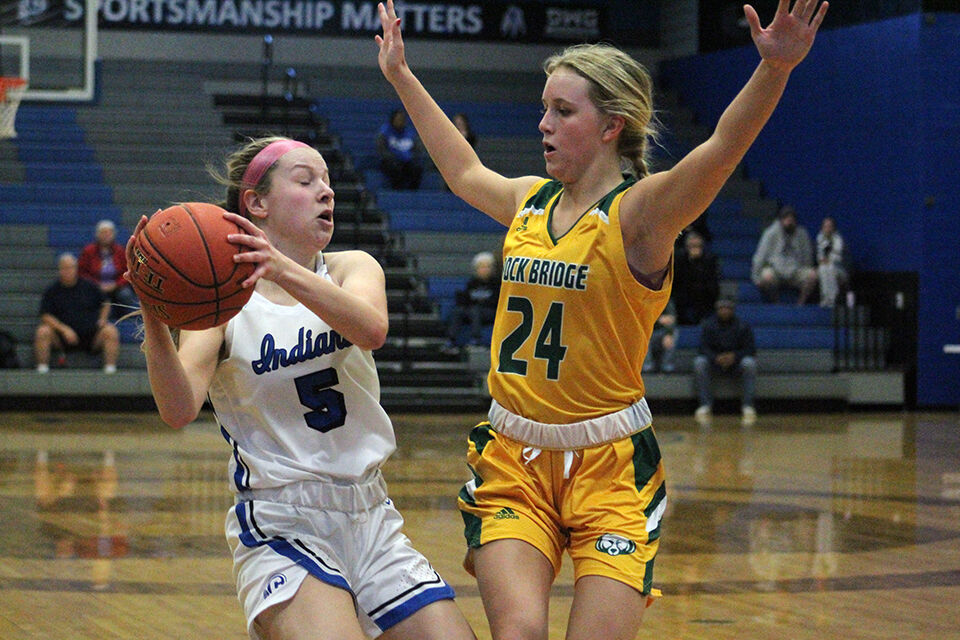 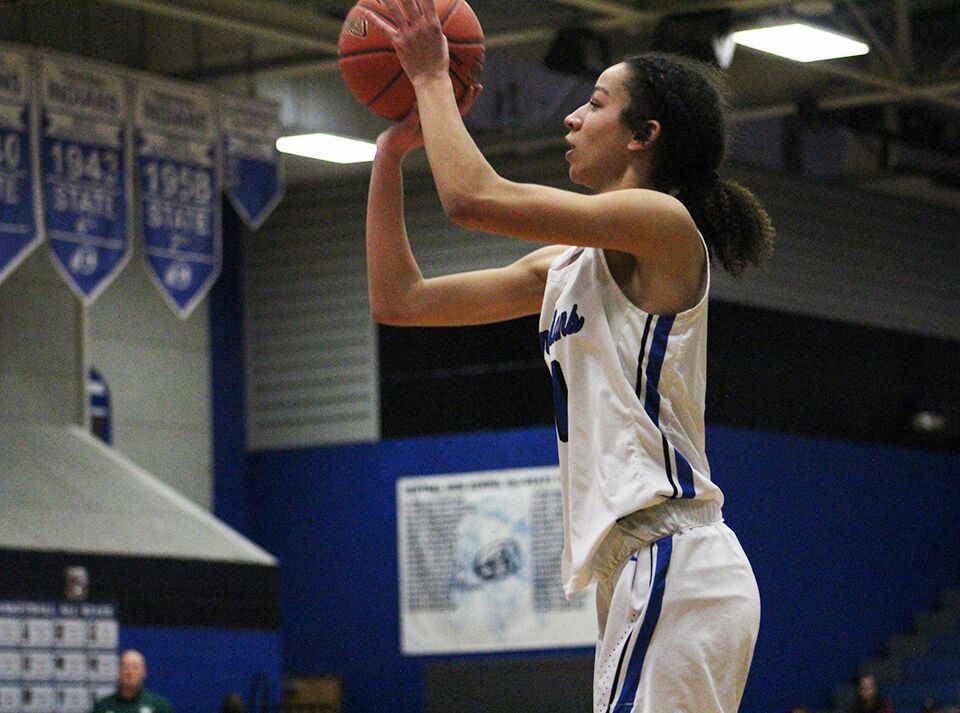 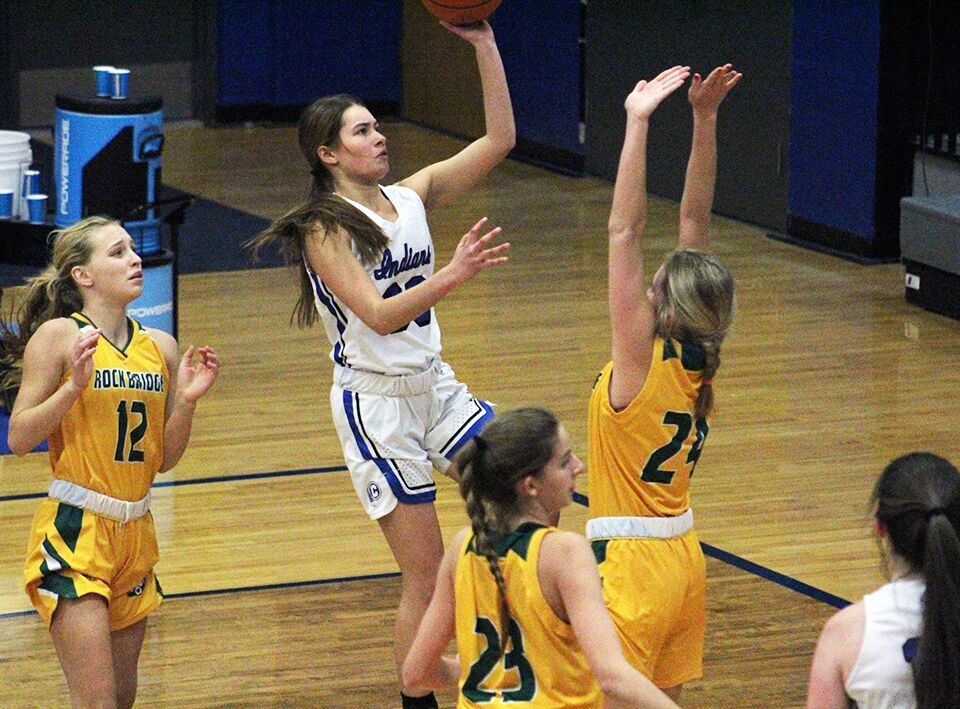 The Central Indians used Monday night’s matchup against the Rock Bridge Bears as test to see where they are at this point in the season.

The scores came back high as the Indians led the Bears for most of the game. Rock Bridge took its first lead midway through the third quarter and held on, recapturing the lead in the last two minutes to defeat Central 48-42 at CHS Coliseum.

Rock Bridge entered the game 18th in the nation by MaxPreps and 23rd by ESPN.

“I felt like our kids battled and fought all night long and I knew they would because that’s what they’ve been doing all year,” Central coach Roger Weibelt-Smith said. “They’ve really come together, they’re fighting for each other and they’re playing tremendous defense right now.”

Charlize Broaden scored the game’s first four points and helped the Indians jump out to a 6-1 lead over the game’s first three minutes. The five-point lead grew to nine by the end of the first quarter behind four-point efforts from Broaden, Ella Moody, and Avery Barber.

“We just played the way we play,” Weibelt-Smith said. “We knew they were going to trap in some variation and they have a lot of ways to do it. We had a game plan as far as how to attack the traps and they did a good job of handling it.”

Central (7-4) held its lead in the second quarter despite scoring just six points. The Indians led by just one with two and a half minutes left in the half but took a 20-16 lead into the locker room.

Rock Bridge (11-0) cut the lead to two on their first possession of the half. Moody responded with six-straight points over the next 90 seconds, giving Central an eight-point lead.

“She’s a warrior, she can battle, and that’s just what she does,” Weibelt-Smith said. “She got off to a slow start this year, but I think she’s starting to find her groove.”

The momentum had been teetering after a dominant first quarter from the Indians, and it finally swung in the Bears’ direction after the Moody run. Rock Bridge scored nine-straight to take its first lead of the game with 3:57 left in the third quarter.

Moody tied the game at 30 with a layup at the 2:30 mark of the third quarter. Rock Bridge then ended the quarter with a 5-0 run.

Rock Bridge extended its lead to six at the start of the fourth quarter. Central’s answer was a 7-0 run that started once again with a layup from Broaden. Bre Dudley’s two free throws gave the Indians the lead with 2:45 left in the fourth quarter.

The Indians couldn’t stop the game’s final momentum swing. The Bears scored 12 points over the final two and a half minutes.

Moody led Central with 14 points. Broaden was second on the team with nine points. The loss snapped a four-game winning streak for Central. The Indians will travel to Lee’s Summit on Thursday.

“We wanted to see where we were at and now we know,” Weibelt-Smith said. “That’s a really good team and they’ve been in the final four forever and seem like they go there every year. Maybe we’ll get to see them there again and see what happens.”